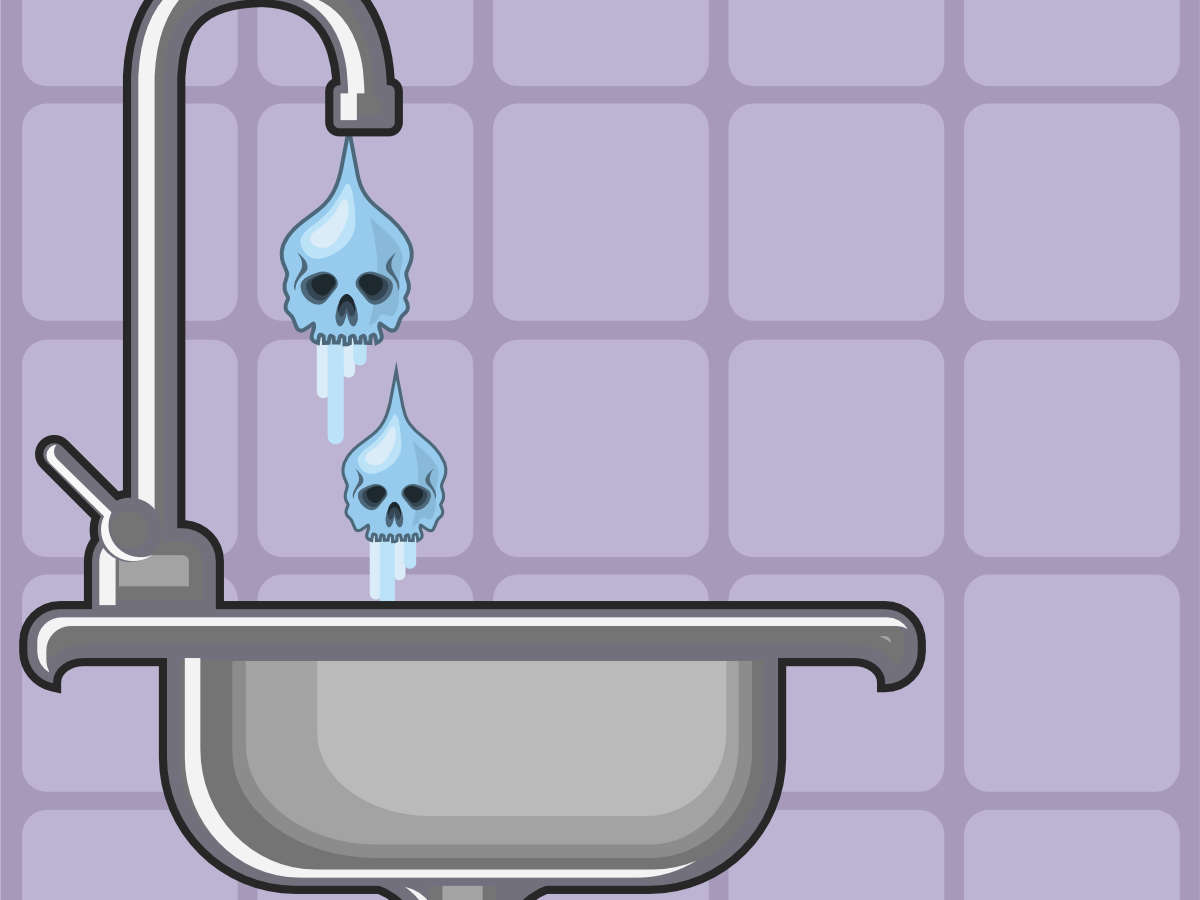 Advanced Nutrients hydroponics manufacturer founder Michael Straumietis recalls that during his visit to a High Times Cannabis Cup in Michigan, he talked to growers who were having water problems.

“Fortunately, they were using our pH Perfect base nutrients. They had the best outcomes a Michigan grower could hope to have because our pH Perfect nutrients automatically balance pH to the sweet spot no matter how bad the water is,” Straumietis said. “They noticed their water smelled and tasted bad, and their water filters had to be replaced way too frequently.”

Straumietis warns that most municipal water and even well water in the United States is polluted, so you need to use reverse osmosis water if you want the best crop outcomes.

“Even if all you do is drink water, you need reverse osmosis to clean it,” he said. “Most water is polluted.”

I knew two marijuana growers on the Flint water system during the time when Flint residents were using water from the Flint River.

They told me their tap water was fouling their reverse osmosis filters fast.

They were spending a hundred dollars a month replacing the filters.

And they got rashes when they took showers.

And they were having marijuana plant problems that seemed related to nutrients issues, but they couldn’t figure out how to stop the problems.

All of this points to bad water, which is an increasing problem nationwide.

In case you’re not familiar with the Flint water crisis, here’s a summary:

The sad thing is, water pollution including lead contamination is a problem nationwide.

Read this for more information about whether water in your area is lead-toxic.

Bad water does more than make it hard for you to properly feed your marijuana plants.

High lead levels will whack all but the best hydroponics nutrients, and Flint’s water was coming in from the river extremely acidic.

The only Flint marijuana growers who avoided catastrophic problems were those using reverse osmosis water and the Advanced Nutrients pH Perfect hydroponics base nutrients program that balances pH so marijuana plants could take in all the nutrients they need… no matter how bad the originating water is.

As you can imagine, lead is as toxic to cannabis plants as it is to people.

In fact, if lead stores in marijuana plants and you consume buds from those plants, you could get serious illness.

So not only did Rick Snyder and his cronies poison Flint residents, he also poisoned marijuana plants and people who consumed them.

The other fact is bad water is becoming a big problem in many parts of America, not just in Flint, Michigan.

Especially if your water comes into your home higher than 100 parts per million, if it’s discolored or smells bad, have it tested.

Have your water supply tested to see what chemicals, elements, minerals, and other substances are in it when it enters your house, whether it comes from municipal supply or well water.

If your tap water is heavily polluted, have a plumber look at your pipes, water heater, plumbing fixtures, toilets, faucets, shower heads and anything else that could be affected.

The chlorine and chloramines in most tapwater are enough to destroy beneficial microbes that assist and empower your cannabis plants’ roots, he says.

Any marijuana user who suspects they’ve consumed lead-tainted marijuana or lead-tainted water should go to a doctor and be tested for blood lead levels.

And another thing to remember: always flush your marijuana crops during the last days before harvest.

“Growers in soil, coco coir, deep water culture, hydroton, and every other marijuana growing system should use our Flawless Finish flusher formula for 5-10 days before harvest,” Straumietis says. “Our formula is the only flusher engineered for marijuana, and it allows your plants to keep on producing cannabinoids, terpenoids, and weight even as they purge contaminants so your crop smokes and tastes better.”

So there you have it.

Just another day for us Michigan marijuana growers, in a state where the governor poisons kids and gets away with it!