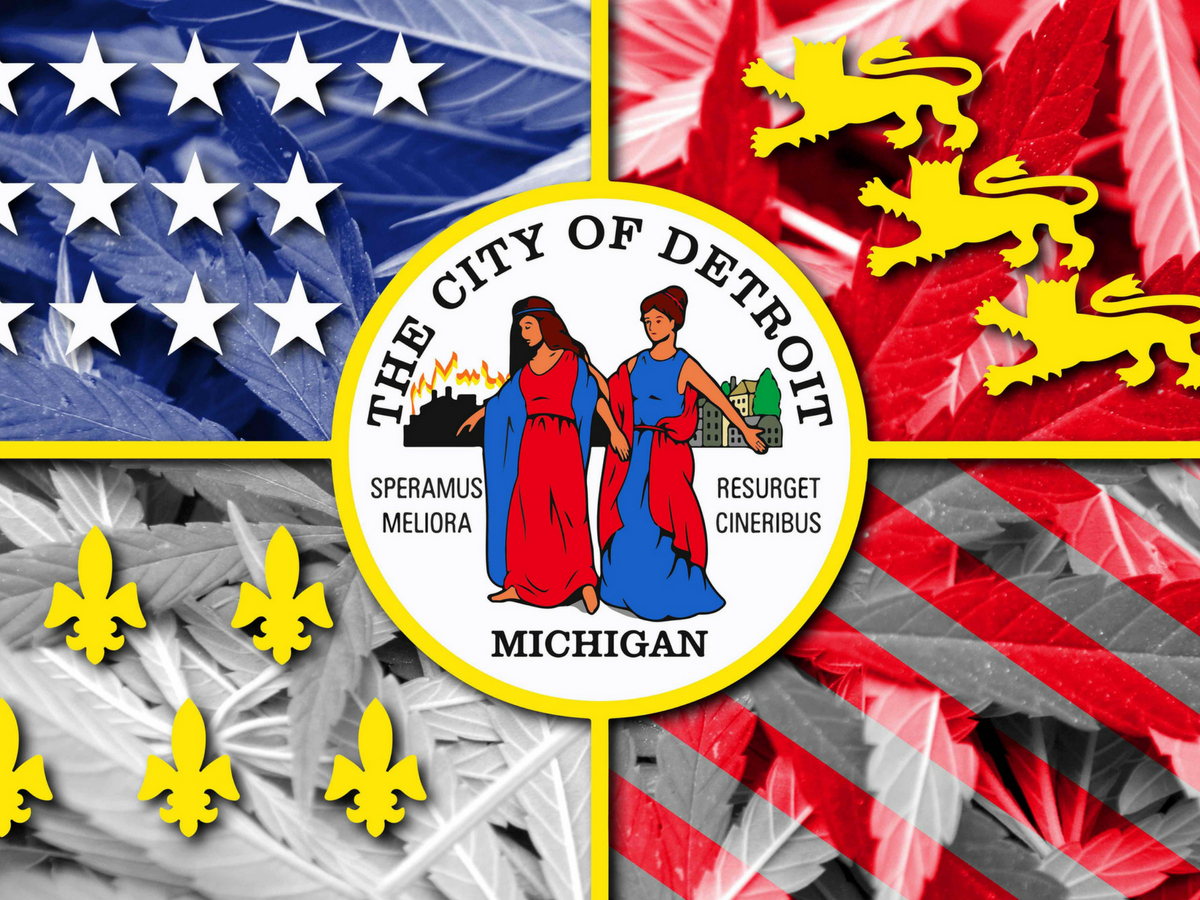 Michigan is considered the second largest medical marijuana market in the United States, hot on the heels of California, and is expected to soon become a $700 million industry. This year marks 10 years since medical marijuana laws were established in the state, and in July the first cannabis licenses were issued to four large grow operations, a retail establishment, and a transport company. More licenses are expected to be issued as Michigan moves hundreds of applicants through the licensing process as quickly as possible, with the expectation that recreational marijuana will be approved in November.

The Michigan Marijuana Legalization Initiative is scheduled to be on the ballot November 6 and already has majority poll support, but with a narrow margin. This proposed legislation would allow for adults over the age of 21 to possess 10 ounces of cannabis in the home and possess 2.5 ounces on their person. The legislation also allows each adult to grow 12 plants in their home for personal use. Cultivation, transport and retail businesses could start applying for licensing as soon as December 2019. The law does allow each local municipality the option to disallow cannabis businesses to operate in their area, an idea deeply embedded is Michigan’s rich and often tumultuous cannabis culture history.

Indeed, Michigan’s journey to cannabis regulation is an economic microcosm not unlike the same imprint seen on a national scale, in that each state is defining in what capacity cannabis will be regulated in local communities while in the looming shadow of federal prohibition.

The Long, Storied History Of Cannabis In Michigan

From the 1970s to the present day’s shifting cannabis legislation, Michigan has had some of the most lenient laws relating to possession in the US, particularly in the college town Ann Arbor. The cannabis history there is a snapshot showing how cannabis regulation in Michigan is fought most strategically through local municipalities — and for a long time, that conversation centered around responsible adult use and decriminalizing possession.

A 1974 Ann Arbor voter referendum made possession of small amounts of cannabis a mere infraction punishable by a small fine. Then, in 2004, the town also passed a local voter referendum for medical marijuana for residents. And the Annual Hash Bash, which has been running since 1972, features political speakers, live music, street vending and good old fashioned civil disobedience on the campus of the University of Michigan. Today, the event attracts 20,000 attendees.

Certainly, the network of growers in Michigan resembled the farms established in Northern California — remote, locked-down outdoor spaces with a lot of acreage that were essentially run by survivalists.

The Rainbow Farm in Newberg Township was established in 1993 and began holding events, including Memorial Day’s HempAid and Labor Day’s Roach Roast, with vendors, music performances, and pro-cannabis drug policy reformists on the same panels as the likes of Tommy Chong and Merle Haggard. High Times editors, NORML board members, celebrity activists like Jack Herer and Ed Rosenthal, along with local advocacy groups would gather together to discuss how the prohibition of cannabis laws could be broken down and rewritten. With High Times ranking Rainbow Farm as one of the top stoner travel spots in the world, the annual events there became the epicenter of cannabis activism in Michigan.

Rainbow Farm owners Tom Crosslin and Rolland “Rollie” Rohm were fatally shot in a standoff with state police and FBI agents on September 3, 2001, having been served a warrant for tax fraud, in which law enforcement found 200 plants on the property. Before the standoff was over, not only were Crosslin and Rohm dead, but every building structure on the property was burned to the ground. 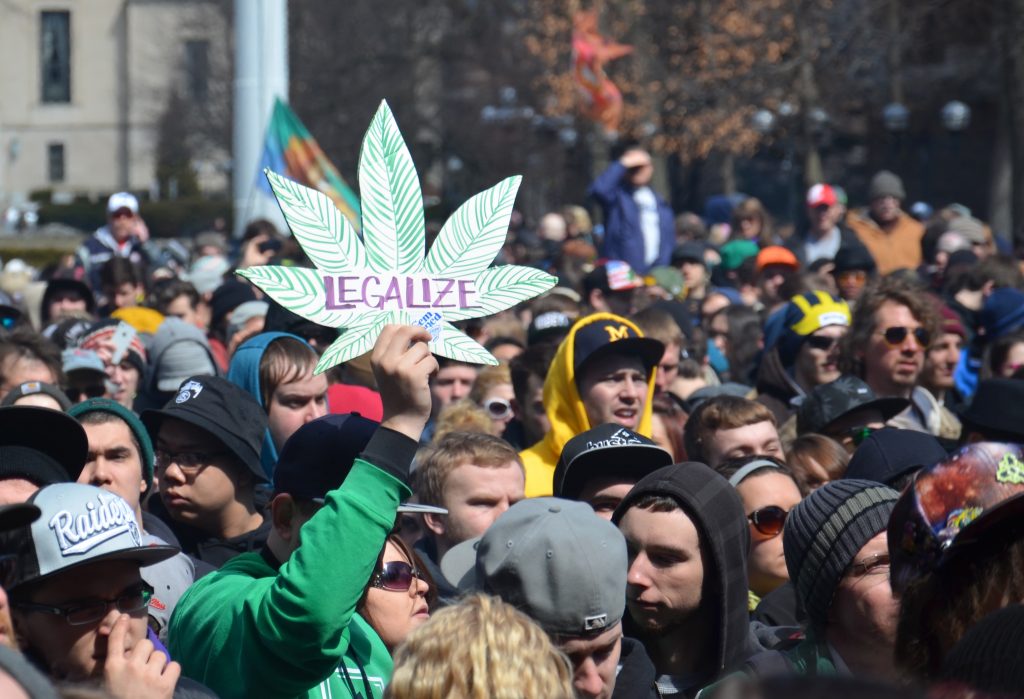 The Germination Of Legalized Marijuana In Michigan

With 63 percent of voters in favor, the Michigan Compassionate Care Initiative established a medical marijuana program for terminally ill patients in 2008. The bill allowed patients to grow up to 12 plants or designate a caretaker to grow and process cannabis medicines on their behalf. A designated caregiver could provide medicine for up to five patients who had medical marijuana cards.

These caretakers would eventually band together to open dispensaries (now known as provisioning centers) in municipalities willing to defend them from state closure and prosecution. They became the processors making concentrates and medicated edibles for their network of patients. This allowed the development of healthy economic terrains throughout the state, with a lot of working gray area in between. Businesses who chose to open in municipalities where law enforcement opposed cannabis in any form were often harassed and faced potential prosecution.

The bills signed into law in September 2016 by current Governor Rick Snyder were:

More than a year and a half after these bills were signed into law, the state has finally begun the process of application review. Because of the language of the law, the program allows growers to be established as caregivers who could grow for up five patients. These caregivers will also serve as processors and transporters. The five licenses available in the new legislation are:

The cultivator licenses are broken down into the following three classes that set legal plant limits:

Application fees are assessed on a local level up to $5,000 and can vary. The state’s application fee is $6,000. The regulatory assessment fee, based on the number of licenses issued, is currently set at $48,000 per application for the first year of implementation.

Before this bill was signed into law, hundreds of dispensaries had established themselves in local communities, all loosely regulated in the gray area of respective municipal law. These business owners participated in the establishment of the regulatory language in the law throughout the process, maintaining control of the legislative conversation. As these bills move forward, cannabis businesses are slowly moving through the application process.

Emergency rules have allowed for businesses to operate a proposed facility, if the business completed the application process by February 15, 2018. The state, in the process of reviewing the first application in the current legislative session, just issued more than 200 cease and desist letters throughout Michigan for those businesses who were not in compliance with the application deadlines or were not issued an operating extension under the emergency rules.

The whole time applications were being submitted and prepared for review, local municipalities have been deciding if they will allow these businesses to operate in their cities, townships and villages, and if so, which zones will have parcels available for these businesses to operate. The first step in the state application is facility approval from appropriate municipalities. Statewide, the number of licenses in each municipality is decided by city councils.

Michigan cannabis attorneys Craig Aronoff and Travis Copenhaver of Cannabis Legal Group produce a series of YouTube videos to help business owners navigate the complicated waters of local cannabis regulation. Traveling the state to coordinate with each local municipality, Aronoff and Copenhaver have been greeted with a full spectrum of views on regulation, from communities who opted out of the conversation, to those who have or are currently initiating city ordinance to define participation. Some communities are establishing lotteries for applicants, some are reviewing each on a first come, first serve basis, while smaller communities are having trouble finding parcels available for development.

It’s difficult to forecast the long-term economic viability for these niche markets. Adding further complication, an additional voter initiative was recently passed, allowing for recreational cannabis sales to be regulated in the Wolverine State. Michigan is attractive to investors, being the second largest cannabis market in the US, after California. But it’s also the same state whose legislators took almost 10 years to create a system of safe access for medical marijuana patients and will now attempt to establish and regulate a recreational market. Michigan recreational markets may appear attractive to out-of-state investors, and although the state does allow for outside money, it will be some time before this market shows more return with less risk.

Battle Of The Attorneys General: Here’s What The Cole Memo Creator Really Thinks of Sessions
Illegal Dealers Are Finding Their Niche In Legal Marijuana States