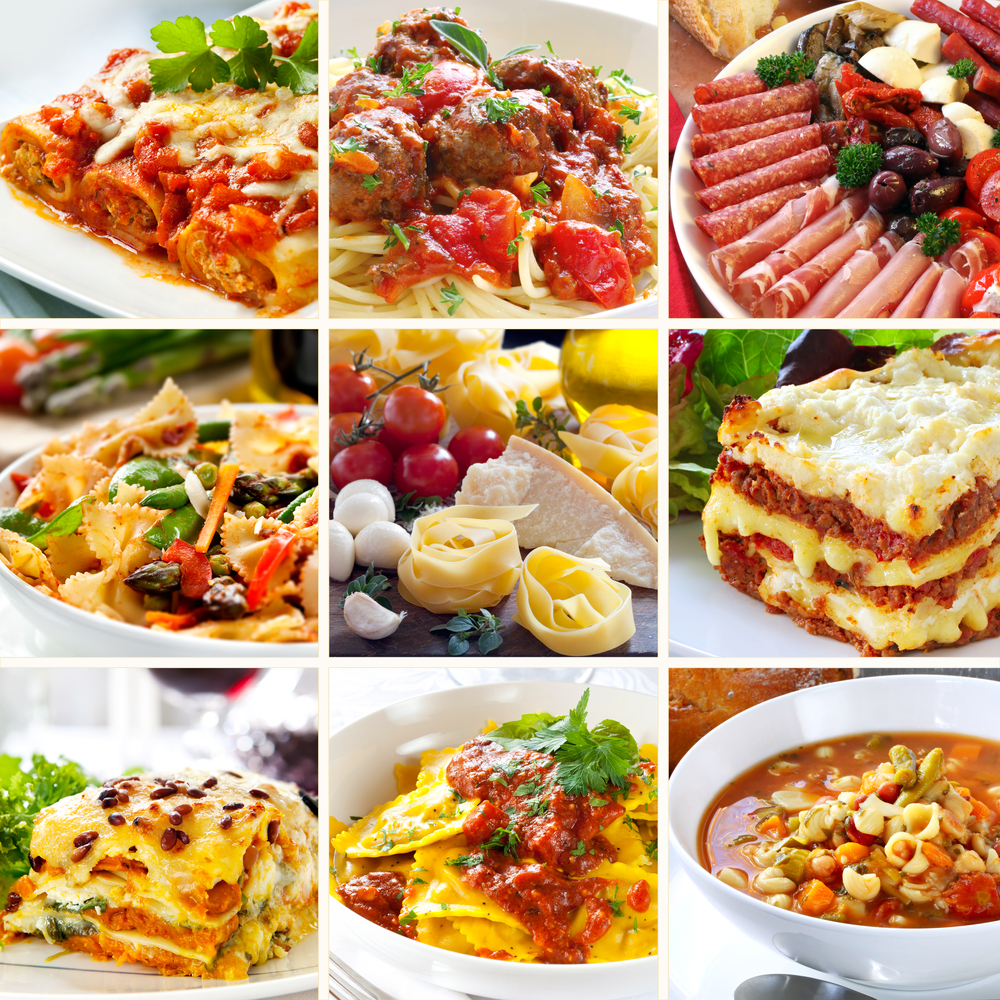 Author Yzabetta Sativa (I’m not sure that’s her actual real name, ha ha) is from a marijuana-loving Italian family, and they love their Italian food and drink. And because Mediterranean food is often meant for warmer climates, it’s a good match for May through October marijuana eating and drinking.

I hate it when people rip off authors and put their full recipes in magazine articles, so we’re going to take only a brief, tantalizing look at marijuana medibles recipes from Baked Italian, another professionally-made marijuana cookbook from the folks at Green Candy Press. I’ve followed the recipes, and can assure you these are tasty, potent marijuana medibles drinks, appetizers, main courses, and desserts:

Makes me hungry just thinking about it. Before you can make it, you need to make “marijuana milk.” This is easy to do. The book describes a simple marijuana milk-making process of putting powdered cannabis in milk, and then into a crockpot where the combo is heated together for 10 hours, then strained.

This zesty salad offers you a healthy, cooling veggie meal augmented by pimiento-stuffed olives, mozzarella cheese, and marijuana oregano oil. I wonder why the author calls it “oregano” oil, given that there’s no oregano in the recipe. To make oregano oil, combine extra virgin olive oil and powdered bud, heat the mixture for 12-24 hours, then strain.

Another easy marijuana medibles recipe, and one that would do you well in cold weather as in warm. Almost anyone can properly cook potatoes, coat them in marinara sauce, and add marijuana “baked butter.”

Baked Italian is notable for its many marijuana beverage recipes that feature the power of THC and other cannabinoids infused into various types of alcohol. Infusing alcohol is another easy thing to do. You start with quality gin, vodka, or Campari, add in marijuana, put the mixture in a cool, dark place for 2-4 weeks, shake the bottle every few days, then strain out the marijuana. The alcohol extracts what’s in your marijuana and delivers it quickly to your brain when you imbibe. Be careful with marijuana alcohol though: the combination of THC and alcohol potentiates and attenuates the effects of both.

These take some time in prep, but the pleasing results are worth it. You stuff bell peppers with breadcrumbs, tomato, mint, anchovy, onion, parmesan, and marijuana oregano oil, then bake for about half an hour. The combination of peppery tang and the stuffing is a wonderful taste treat, especially when you’re high as a kite!

Not trying to offend vegetarians and vegans with this meaty recipe, but it does taste great and it gets you really stoned. You start by 12-hour marinating the steak in a mixture of marijuana Oregano Oil, vinegar, garlic, and rosemary, making sure to turn the steak over frequently. After you grill the steak and before you serve it, you top it with Baked Butter. You’ll be flying in about 20 minutes, and the steak is tender and delicious.

Heavy on egg yolks and marijuana milk, this is a truly delicious gelato. I suggest adding a little extra espresso powder so you get a caffeine kick to go along with the big stoned feeling this dessert gives you.

Baked Italian gives you the easy to understand details you need to create these Mediterranean marijuana medibles treats, and the food photos are mouthwatering and attractive. Along with previously giving us the world’s most gourmet marijuana cookbook, Green Candy Press now provides this smaller, sweet guide to tasty marijuana treats. Happy eating and drinking!