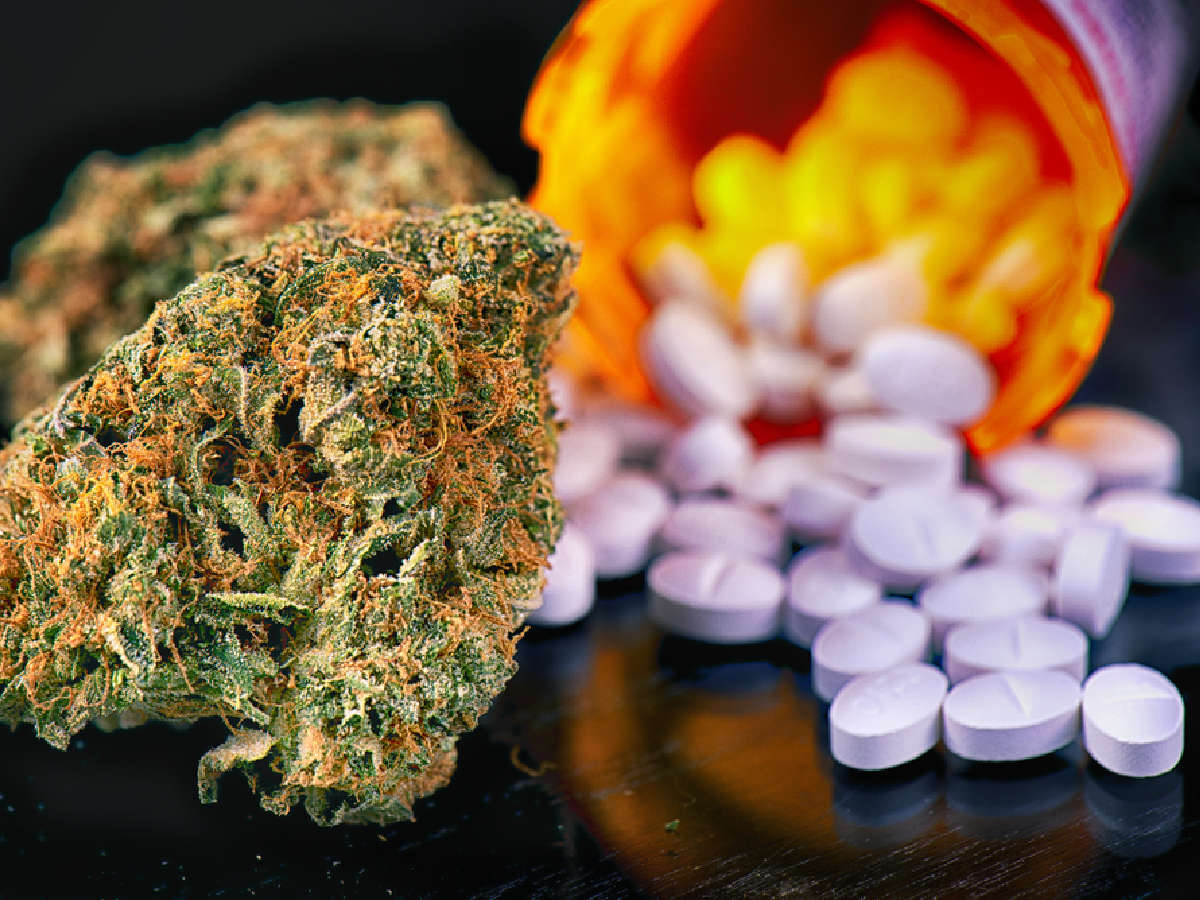 Even though I grow and use marijuana recreationally, it was only after a road accident left me hospitalized in severe pain that I fully appreciated the usefulness of medical marijuana.

At the same time, I also learned about the medical industry’s prejudice against marijuana, and its harmful reliance on dangerous pharmaceuticals.

The anti-marijuana prejudice was obvious early on. While I was still in ER, being scheduled for orthopedic surgery to stabilize my injuries, a physician told me he’s “required by law” to note in my records that marijuana use “contributed” to the accident.

I explained I hadn’t used marijuana for several days and wasn’t stoned when the accident happened. Rather, the collision occurred because the other person ran a red light. It wasn’t my fault at all, I argued.

The physician countered, launching into a stinging and error-riddled lecture about the evils of marijuana. He even claimed cannabis can cause “heart attacks and mental illness.”

“You had THC in your blood, according to the test. If any amount of THC was in your blood at the time of the accident, it was impairing you,” the physician pronounced, even after I’d explained that marijuana metabolites stay in your blood long after the high has worn off.

Pharmaceutical Heroin By The Bucketful

I encountered similar marijuana antipathy and disinformation throughout my two-week hospitalization. The rationale of the doctors who treated me is that medical marijuana hasn’t been subject to the rigorous testing and standardization that pharmaceutical drugs undergo.

“We know exactly how pharmaceuticals work and what they’re going to do,” one doctor insisted. “But marijuana is untested and you never know what it’ll do. It’s not medicine. It’s on Schedule I, and the government says it has no medical value at all.”

Yeah, right. A natural plant is bad, but they were perfectly happy to intravenously dose me with copious amounts of pharmaceutical drugs, including Dilaudid (a.k.a pharmaceutical heroin), morphine, OxyContin, Vicodin, and acetaminophen (commonly found in Tylenol or Paracetamol). Nobody warned about side effects or addiction potential. The depressing thing was, the opiates didn’t totally quell my pain; they just made me feel sick, sedated and unhappy.

When I told a specialist I was depressed because I was disabled, in pain, drugged, hospitalized, and worried about the $4000 out-of-pocket health insurance deductible I had to pay, they blamed marijuana for my depression, and put me on Lexapro, an antidepressant.

Lexapro made me dizzy and irritable. I couldn’t sleep. I felt more and more depressed. It gave me digestive problems, headaches, and ringing in my ears. I told the doctors about these bad effects. But instead of withdrawing the Lexapro, they put me on another antidepressant to take concurrently with the Lexapro, called bupropion. This dual antidepressant cocktail made me feel even worse.

“Give it time, your body will get used to it,” one MD advised. I didn’t get used to it, and stopped taking both drugs, which angered the doctors. One even threatened to discharge me from the hospital for “refusing to follow medical advice.”

The Documented Harms of Pharmaceuticals

A friend brought my computer to my hospital bed, enabling me to research the drugs I was being given.

I was shocked but not surprised by reports, like this one from Harvard University, which documented widespread harm from pharmaceuticals, even when they’re used as directed:

Systematic reviews of hospital charts found that even properly prescribed drugs (aside from misprescribing, overdosing, or self-prescribing) cause about 1.9 million hospitalizations a year. Another 840,000 hospitalized patients are given drugs that cause serious adverse reactions for a total of 2.74 million serious adverse drug reactions. About 128,000 people die from drugs prescribed to them. This makes prescription drugs a major health risk, ranking 4th with stroke as a leading cause of death. The European Commission estimates that adverse reactions from prescription drugs cause 200,000 deaths; so together, about 328,000 patients in the U.S. and Europe die from prescription drugs each year.

I was alarmed by reports, like one from the Pulitzer Prize-winning investigative journalism website ProPublica, which outlined how hospital errors result in at least 100,000 deaths per year in US hospitals:

That would make medical errors the third-leading cause of death in America, behind heart disease, which is the first, and cancer, which is second.

Other credible experts put the figure for medical error-related deaths much higher. And according to the Centers for Disease Control and Prevention (CDC):

Multiple sources reveal that acetaminophen damages the liver, as do many prescription drugs. Liver toxicity is a frequent complaint for people taking pharmaceuticals. While I was hospitalized, the results of my liver function tests showed it was indeed damaged, and that some of the damage could be permanent. With these tests in mind, my doctors only slightly reduced the amount of pharmaceuticals being dumped into me.

I discovered that Lexapro may deter bone healing and reduces bone mineralization and density. It can cause headaches and other health problems, and has been found to increase anxiety and insomnia in some patients.

Worse yet, in 2004 the Food and Drug Administration (FDA) issued an official public warning stating that many antidepressants can increase suicidal thoughts in children and adolescents. That FDA report was updated in 2007 to include a similar outcome for young adults.

A further Google search told me that Dilaudid, morphine and OxyContin are highly addictive, and also have potentially life-threatening side effects including seizures, respiratory arrest, even overdose.

I asked the doctors about opiate addiction, and one of them replied, “Don’t sweat it. If you get addicted, we’ll just give you Suboxone.”

Problem is, Suboxone itself is addictive!

When I asked doctors to give me safer drugs, or preferably natural remedies instead of pharmaceuticals, they dismissed my requests. I begged for bone-healing and anti-inflammatory supplements such as calcium, silicon, zinc, boron, copper, potassium and curcumin, along with a liver-cleansing supplement called N-Acetyl Cysteine. They didn’t respond to my requests, which one doctor dismissed as “New Age babble.”

Medical Marijuana To The Rescue

I was discharged from the hospital in severe pain, with prescriptions for OxyContin and acetaminophen. I was determined to kick opiates as soon as possible. When I reduced my doses, however, I experienced vicious opioid withdrawal that included cramps, sweats, headaches, constipation, flu-like symptoms and insomnia. Not only that, but the pain from my injuries roared back in, making my life miserable.

I vaped whole bud, but it didn’t do enough to subdue the pain or ease the opiate withdrawal harshness. I needed medical-specific forms of cannabis, but I live in a total prohibition state. Thank God a friend from California sent me a medical marijuana care package filled with goodies from legal marijuana dispensaries, including products made by Kiva Confections, The Venice Cookie Co, and Quigley’s fast-acting cannabis drink.

I was especially impressed by the pain relief from Kiva’s chocolate bars, which had an equal amount of THC and CBD, and the CBD-dominant products from The Venice Cookie Co.

The effects were very different from inhaling vaporized or combusted buds. I didn’t feel high, but I did feel pain relief that was almost equal to what I’d gotten from OxyContin.

The effects differed greatly from what I felt after I’d eaten cannabis brownies made from whole buds. I really was surprised at how these medical cannabis concoctions substantially erased my pain and opiate withdrawal symptoms, without getting me super high.

I attribute much of the medical cannabis effects to the significant amount of CBD in the products. The buds I grow and inhale are sativa-dominant. They have at least 23 percent THC (if not more) and very little CBD. The high is almost hallucinogenic, without much body effect. High-THC cannabis sometimes makes me more aware of pain. In contrast, the medical cannabis products I used, some of which had 15 mg of THC and 15 mg of CBD per dose, gave me a completely different and much more “medical” experience.

The bottom line is, thanks solely to medical cannabis products, I was able to reduce and eventually end my opiate use. As an added benefit, marijuana doesn’t create addiction, and it has few if any serious side effects. Compared to the opioid painkillers it competes with, it’s far safer. You can die from OxyContin. But there have never been credible reports of anyone dying from a marijuana overdose.

The troubling thing is, the marijuana bigotry I came upon extended beyond my involvement with hospitals and doctors.

My auto insurance company tried to get out of paying my claims, saying that my cannabinoid-positive blood tests showed I’d contributed to the accident.

My attorney sent a letter to the insurer, pointing out that the police report showed I wasn’t at fault in the accident, threatening to take the case to the state insurance commissioner or file a lawsuit. Finally, the insurer started paying my claims.

Sure, I realize that medical marijuana by itself can’t always take the place of pharmaceutical drugs and that pharma can be safe and effective.

But I hope the mainstream medical community will stop lying about marijuana and its apparently negative effects, acknowledge that pharmaceutical drugs are often overprescribed and potentially dangerous, and that marijuana is indeed a beneficial medicine.