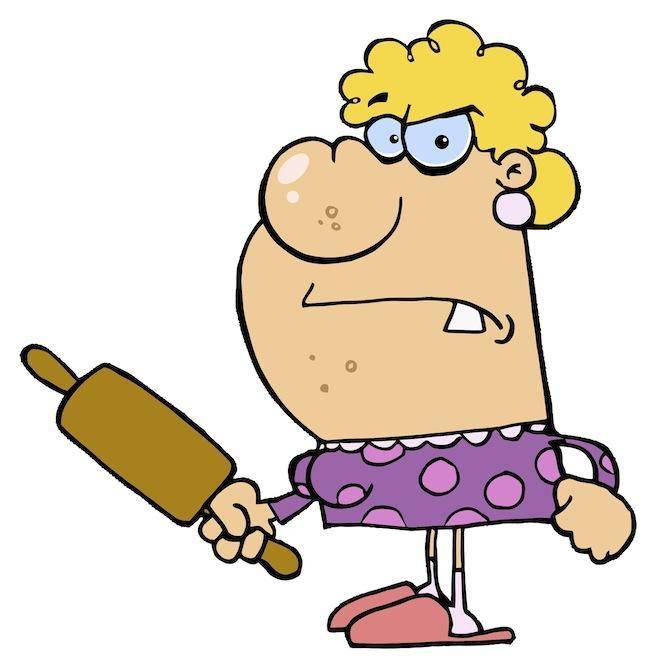 Marijuana people tend to be trusting people. The kind herb makes us feel generous and euphoric. Sometimes, those good feelings can lead to errors of judgment that have very bad consequences.

Here’s what I mean…

I was high one day when I met a medical marijuana patient named Jon (this is not his real name), at a doctor’s office.

He got hurt on the job and had near-constant pain.

Medical marijuana was the only medicine that made him feel better, but he couldn’t afford marijuana dispensary prices.

He said he wanted to grow his own medical marijuana.

Because I try to follow “Buddhist teachings” that emphasize compassion and generosity, I sometimes help people like Jon so they can grow their own medicine.

I also like that I have grow buddies I can exchange clones with, and who might help me with harvesting or other grow room chores when I get too busy or have to be out of town.

I visited his apartment, gave him an indoor grow book, and told him how much money he’d need for a small deep water culture (DWC) system, a fan, miscellaneous marijuana cultivation supplies, and at least one HID light.

The total cost was less than $1500; Jon knew he’d save money growing his marijuana instead of buying it.

The day came when we put together a small grow room for him. I gave him some Indica-dominant clones.

He followed my advice about using the only hydroponics nutrients made for marijuana, called Advanced Nutrients.

After five crop cycles, Jon was so good at marijuana growing that he became a caregiver for other patients.

The compensation he got for growing their meds helped him move to a stand-alone house outside the city.

Soon after his move, Jon started dating a woman he’d met at the local library. They fell in love and got married.

I still visited Jon every 6-8 weeks to work on new crops, exchange clones, or talk about garden upgrades. I had never met his wife. She worked in the city and got home late in the evening.

“I need you to come over right now,” he said on the phone one day. “My plants are dying and I don’t know what to do.”

I got in my car right away, spurred by the strange tone of alarm in his voice. Then got caught in traffic. A reckless motorist had run over a bicyclist. Traffic was backed up for miles.

When I finally arrived at Jon’s house, an attractive Asian woman opened the door.

I smiled, pleased that I finally got to meet Jon’s wife, and extended my hand for a handshake.

The woman gave me a viciously icy stare and walked away.

Puzzled, I followed Jon outside.

“She hates you,” he blurted out.

I’d never met the woman or spoken to her before. I couldn’t fathom why she’d have any feelings about me at all.

“You see, Dan, she hates marijuana. She says I’m a pot addict,” he explained. “Not only does she not get high herself, she wants me to stop medicating and growing.”

Jon said that even though his wife liked to spend the money he got from selling marijuana to other patients, she didn’t like his grow room, and refused to get high with him.

I told him it was stupid for her to hate me. She didn’t even know me and had never met me before that night.

“I told her you helped me get into growing my own medicine,” he said. “She blames you for me being an ‘addict.’ She says you’re a bad influence.”

I’d seen this kind of mess before.

Some partners, spouses, friends, or family members support your medical marijuana growing, but others are against it.

I even knew a marijuana grower whose girlfriend got caught with Ecstasy, and then turned into an undercover informant against him. She wore a wire and otherwise provided police with information for several months, because police promised they’d drop the E charges against her.

“I wanted to warn you in person,” he said. “She’s on the warpath. She knows your name and phone number.”

“Now she knows what I look like too,” I replied.

I left his house in a hurry, almost running over his wife, who was standing far down the driveway near my car.

I didn’t know until later that she had written down my license plate number and then given information to a “tip line.”

As I drove home from Jon’s house, I ran through my emergency code red security checklist.

I decided it would be wise to delay my next clone cycle and scale back to having a few motherplants and one operating HID light.

As a certified medical marijuana grower who is always well within his legal plant limits and in full compliance with the law, those three plants weren’t going to cause trouble for me if the police posse came.

Yes, this paranoid caution was costing me in lost production, but I had no choice…

A few weeks later, a gang of police kicked down my door without even announcing themselves.

Half crazed on raid adrenalin, the officers at first ignored my medical marijuana certification and my attorney’s business card, which I attempted to hand to them as they threw me to the ground.

After they searched my home, vainly trying to find piles of cash or weighing scales.

They put guns to my head, threatened me, hit me so that I had bruises for a week. stole from me, lied about me in court, and cost me months of worry, expense, and trouble before the charges were dismissed.

I found out later that Jon’s wife cleaned out his bank account, stole his car, and then narked him out.

He got busted, and did a year in state prison.

This is the life of a marijuana grower in America. You have to be so very careful.

Even the most intimate person in your life could turn out to be a marijuana traitor. Even your best friend or lover can turn you in and cause you to end up in a cage.