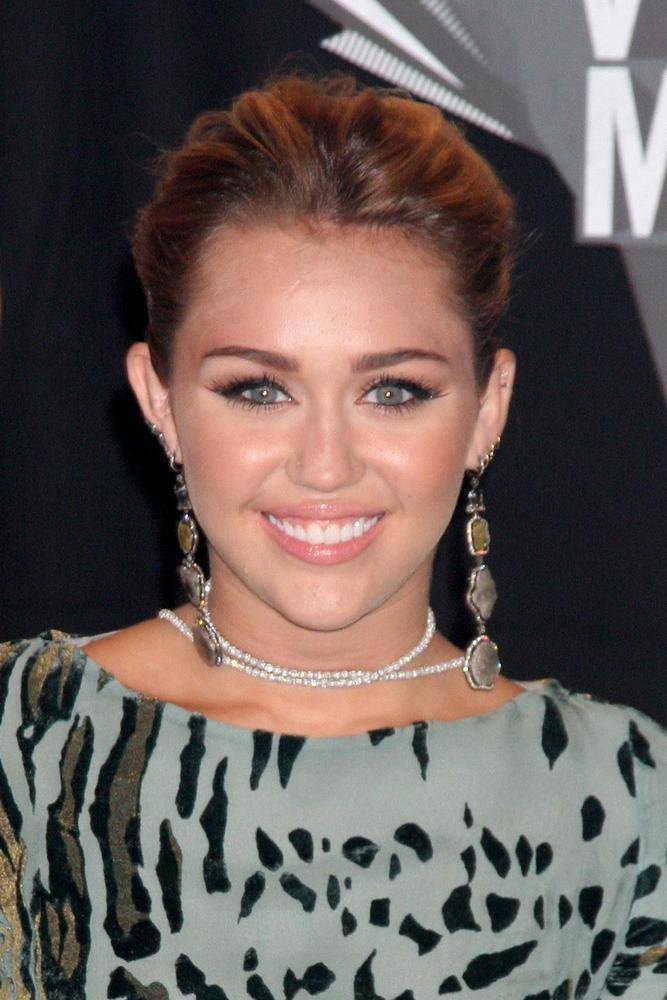 Miley Cyrus, Hannah Montana, a young girl Disney kid who grew up too fast in public, whatever else you want to call this hot movie and music star… some are also now calling her a marijuana super-stoner.

Given that Miley Cyrus sells her act mostly to pre-pubescent and tweener girls, part of the controversy over her blossoming sexual life and marijuana use deals with whether pop stars should live squeaky clean private lives, lest they influence youngsters to get involved with “drugs” or risky sex.

But reaction to an alleged recent Los Angeles incident in which Miley Cyrus was celebrating her birthday and made what seems to be a pro-marijuana comment shows the bullshit double standard society has regarding marijuana.

First, the context: according to a video allegedly shot at Miley’s recent 19th birthday party, the Mickey Mouse babe was given a birthday cake crafted to look like reggae ganja hero Bob Marley.

Her reaction: “You know you’re a stoner when your friends make you a Bob Marley cake.”

When the media reported this seemingly pro-marijuana comment, Miley’s friend, Black Sabbath replicant Kelly Osbourne (who was at the Miley Cyrus birthday party) said this via Twitter:

“U guys if Miley Cyrus is not recording/filming/touring she is works everyday how could she possible do all that if she was a stoner! #think (sic).”

We can see from this tweet that Kelly Osbourne is not an English major.

Let’s also take a moment to examine the stoner stereotype Osbourne is spouting, noting Osbourne has a history of alleged addiction to painkillers.

She’s really not one to be talking shit about marijuana, which is not addictive, not an overdose fatality drug, unlike painkillers which are addictive and can be fatal.

The underlying Osbourne slag against marijuana is that Miley Cyrus couldn’t be a pothead because potheads are lazy stoners.

As a pothead who smokes the strongest medical marijuana buds and hashish, and who works seven days a week, I know many people who work more and better when they are stoned.

Cyrus’ agent tried to spin Miley’s quote, saying the Bob Marley cake was not meant to honor the star’s love of marijuana, but was a joke.

The Bob Marley cake joke is related to a video last year showing Miley smoking a bong- a bong that she claimed was filled with salvia, a legal herb.

According to the spinners, Miley’s friends started calling her “Bob Miley” as a joke.

Of course the mainstream propaganda media weighed in with its usual bogus linkages between marijuana, the gateway theory, and hard drugs, spiced with hysterical worries that Miley Cyrus might turn out like Lindsay Lohan.

But Lindsay Lohan’s alleged drug problems derive from alcohol and drugs other than marijuana.

In fact, if Lindsay Lohan was a stoner, she would be doing a lot better in life, like Megan Fox, Seth Rogen, Bill Maher, Woody Harrelson and other weed stars who have never been repeatedly thrown in jail or in rehab.

Maybe if Lindsay Lohan was Lindsay HIGHhan, she would be a lot happier and more productive, hard-working, out of jail star.

In the meantime, the Miley Cyrus marijuana media crisis is plagued by the same stupid comments you hear when someone has just made an idealistic or happy statement, and somebody says sarcastically, “What have you been smoking?”

If the worst thing someone can say about marijuana is that it makes you happy or idealistic, that’s not so bad.

And when I hear media people and painkiller addicts like Kelly Osbourne falling all over themselves to slag marijuana and stoners, I have to ask “What have you been drinking, popping or shooting?”