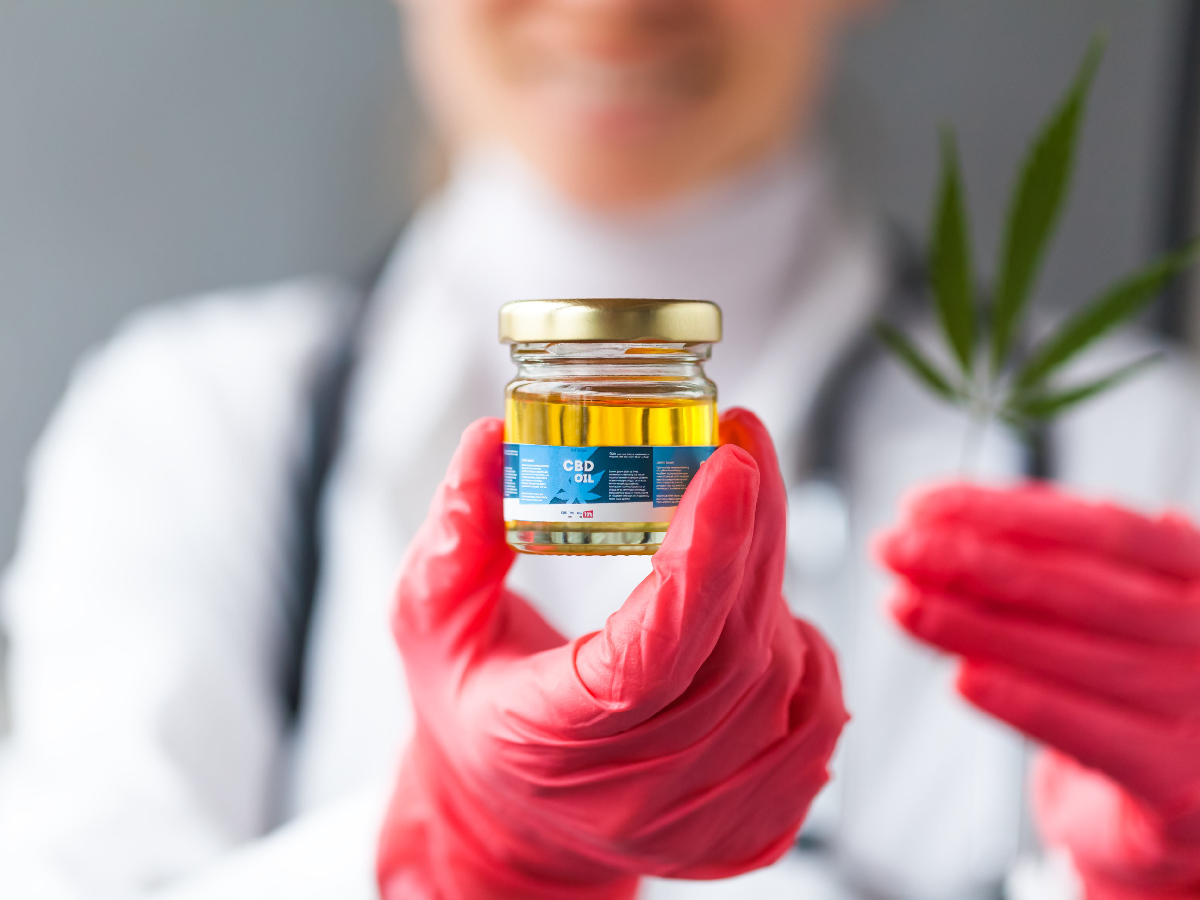 The mainstream media, plus some cannabis advocates and lobbying organizations, describe “legalization” as any law allowing medical marijuana consumption, no matter how restrictive and poorly implemented that law is.

In the US, there are 29 states plus the District of Columbia that have some version of legalized medical cannabis laws enacted, including nine states (along with D.C.) with legalized recreational cannabis statutes.

But you’ll have to dig deep to get all the up-to-date information regarding state-by-state medical and recreational marijuana legalization, and when you do, you’ll likely notice huge differences between legalization protocols and what they mean in each region.

For instance, the number, size and age of cannabis plants you can grow, if any, will vary widely. Also, the amount and type of cannabis you can possess will also vary. In some states, you can’t legally possess whole-flower cannabis and you’re prohibited from consuming cannabis via combustion or vaporization.

The list of health conditions that qualify you for medical marijuana also vary widely from state to state, and in some jurisdictions you are prohibited from consuming whole cannabis that has THC above a tiny 0.3 percent. These particular states allow use of CBD-only cannabis products in extremely narrow circumstances, while maintaining total prohibition on any cannabis that contains useful amounts of THC and other cannabinoids.

Worse yet, the ominous cloud hanging over people’s collective heads is that cannabis is still totally illegal at the federal level, and federal law trumps state law. Even though President Trump appears to have somewhat softened his opposition to state cannabis legalization — which puts anti-cannabis Attorney General Jeff Sessions on a short leash — state legalization could still be blown up at any time by a federal backflip.

I Was Eager To Get A Medical Marijuana Card, Until…

I was stoked when my home state of Florida passed a medical marijuana law, even though it wasn’t anywhere near as generous and expansive as you’d find in the likes of Colorado, Oregon, Washington or California.

As a long-time medical and recreational cannabis consumer and grower who always worried about getting caught due to the threat of a lengthy jail sentence, I was eager to get whatever pittance of legal immunity is available from my state’s new law. Although, that legislation only allows for the purchase and possession of state-regulated oils, edibles, tinctures, sprays or vaporized bud, while smokable forms of whole-flower cannabis and at-home cultivation remain outlawed.

Once I’m registered with the state’s official system, she explained, I’m “on their radar,” pointing out that unless I register with the medical cannabis program, nobody in government or law enforcement would know I had any involvement with marijuana, which could potentially expose me to scrutiny.

This attorney has represented clients who joined the medpot registry, then tellingly were raided by cops. She said it was revealed in court that law enforcement has full access to medical cannabis patient databases, and can likely use the information to build cases, leading to search warrants, raids and arrests.

To further bolster this point, according to the Florida Medical Marijuana website:

My attorney suggested that when it comes to participating in the medical marijuana program, it’s a matter of balancing risks with rewards. She added that the new law may remove the option of using a medical necessity defense, which is defined as a defense to a criminal charge if the defendant feels they acted out of medical necessity.

This defense has worked for several medical marijuana patients in Florida, to the extent that it resulted in suspended sentences, dismissed charges, or fines instead of imprisonment. Now that some semblance of a medical marijuana law was in place, the attorney claimed that courts might not recognize a medical necessity defense.

On balance, she concluded, if I was caught growing marijuana while a registered patient, it might be slightly more legal and safe for me than if I wasn’t registered.

Finding A Medical Marijuana Doctor In The Sunshine State

Based on the attorney’s advice, I decided to participate in the medical cannabis program after all. The next challenge was to find a medical marijuana doctor, of which our state has a shortage. According to the Tampa Bay Times, a high percentage of doctors who set up shop as medical cannabis physicians in Florida already have licensure, fraud or malpractice stains on their records.

Because cannabis is still illegal at the federal level and can’t be legally prescribed or sold at pharmacies, doctors who participate in state legalization run the risk of damaging their careers.

As I contacted the few medical marijuana doctors in my area, the first ones I spoke to were clearly only in it for the money. They were charging hundreds of dollars for the initial exam, only accepted cash payments, and wanted a hundred dollars or more every few months after the initial appointment, allegedly so they could appear to have an “ongoing doctor-patient relationship” with me, as required by state law.

I was dismayed by their greedy approach to a situation where helping people was supposed to be their main goal.

Not only were they charging exorbitant rates, they knew almost nothing about cannabis or the state’s medpot law, including the law’s description of qualifying medical conditions. The doctors’ documentation of medical history and proven need for cannabis is a required element of gaining registry approval, but the doctors I spoke to each refused to guarantee that their examinations and diagnoses would qualify me for the state registry.

The Government’s Lies About Medical Marijuana

I finally found what seemed to be a competent medical marijuana doctor and paid an exorbitant $475 in cash for the initial appointment. The doctor’s office was in a grungy strip mall and consisted of one room, a desk, two chairs, and a bathroom. The doctor handed me a stack of forms to fill out. The first few forms were generic, but the longest one, which the doctor said was required by the state, very much troubled me.

This form required I sign off as agreeing to various official opinions about marijuana’s medical usefulness and its legal status. Here’s a link to the full version of the Florida medical marijuana consent form I was asked to read and sign.

I was highly offended that state government requires me to sign such a form, which consists of cherry-picked anti-cannabis misinformation that contradicts my personal knowledge of medical marijuana as well as reliable scientific studies showing the safety and usefulness of cannabis in treating a broad range of medical conditions.

The form systematically downplays or denies the medical benefits of the plant, while exaggerating, even fabricating its alleged harms.

I found especially offensive the form’s claim that cannabis causes schizophrenia, and that anyone ingesting marijuana and jumping behind the wheel of a vehicle would automatically be found guilty of driving under the influence. These points in particular made me completely distrust the intent, intelligence and integrity of whoever created this form.

I was also troubled by the legal implications of signing on the dotted line and wanted to show it to my attorney before I committed pen to paper. The doctor told me signing was mandatory; if I refused to sign it, he wouldn’t process my medical cannabis application. I left his office with the form in hand, telling the doctor I’d let him know if I was going to complete the process.

As I expected, my attorney had serious reservations about the form. She apologized for not knowing about its existence when she advised me previously, and that the form contained “legal traps” that would self-incriminate me as violating federal law and of driving under the influence of cannabis, which is a chargeable offense.

She also explained that by signing off on the overwhelmingly negative official statements that downplay or outright deny marijuana’s medical usefulness for most of the conditions it helps people with, including the ones I use it for, I was giving up legal protections and an affirmative defense in court.

She advised against signing the form, and I agreed.

I contacted the doctor to say I refused to sign the form and wouldn’t be completing the registration process. He admitted that 35 percent of patients also refused to sign, and he couldn’t do anything to help me. Of course, he refused to refund even part of the $475 I had paid him.

My attorney had advised me to get back from the doctor all the forms, paperwork and documentation related to my file, and to demand that the doctor erase all record of my office visit, medical history and personal information.

At first, the doctor refused to give me back any of my documents, claiming they were his property. Then he said I’d have to pay him another $100 as a “documents copying fee.”

I had to threaten to place negative reviews of him online before he agreed to give me back my medical information.

Bottom line, I’m not trying to discourage anyone from doing whatever they think is best for them in regard to participating in any medical marijuana legalization program in their respective state. However, I invite you to do due diligence as I did, to determine if the risks and expense of participating in a state medical marijuana program are outweighed by the benefits.

Mile Marker: Fighting To Make Cannabis An Acceptable And Everyday Part Of Healing For Our Veterans
Cannabis Connoisseur Captain Hooter Visits All 167 Coffee Shops In Amsterdam