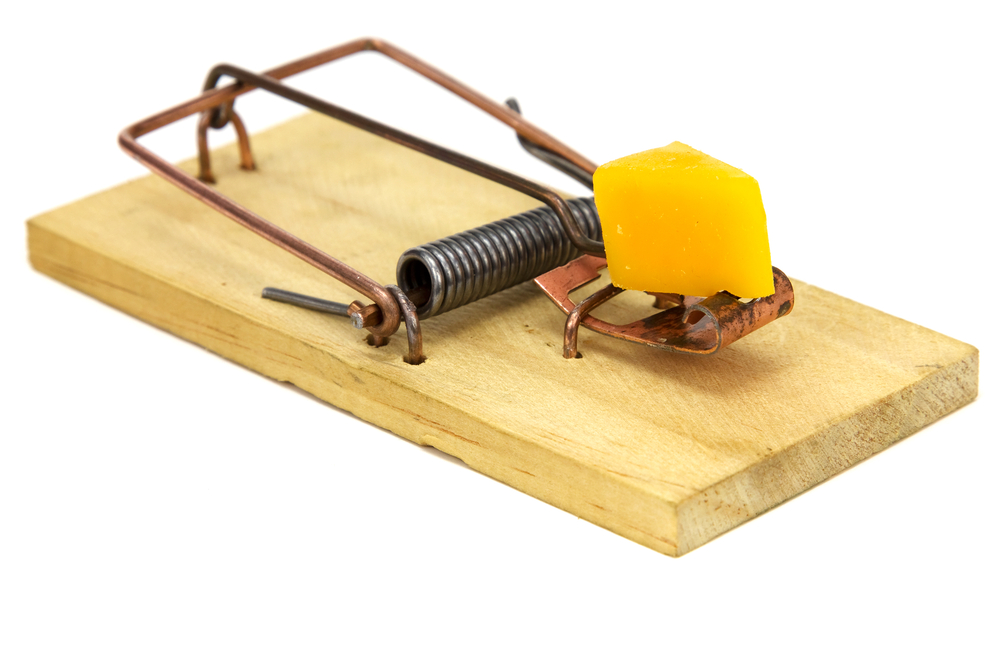 As a Michigan resident and medical marijuana user, I was among the 63% of Michiganders who voted for medical “marihuana” legalization in 2008, and who celebrated hard-won new freedom and legal protection when the law passed.

Just like you, if you are in a medical marijuana state…it does seem like a dream come true.

Finally, we are safe to grow and possess marijuana.

Or at least that’s what we believe…

In reality, that safety may be an illusion. For example, Michigan’s medical cannabis law has been gutted.

I don’t think these laws were intended to create entrapment.

They apparently started out as initiatives created by medical marijuana advocates, sometimes assisted by compassionate lawmakers.

Unfortunately, the law contained inherent flaws, such as a limit of 12 plants and only 2.5 ounces of dried marijuana, and you cannot grow outdoors unless you grow in a rather ridiculously outfitted enclosure.

The primary trap is that 12 marijuana plants will produce a lot more than 2.5 ounces of dried marijuana.

But until recently, growers could get rid of those “overages” by selling them to patients, or by using them to make marijuana medibles, topical oils, and extracts.

Now, with the recent Michigan court “Carruthers” ruling saying the 2.5 ounce allowance applies only to “dried leaves and buds,” all other forms of medical marijuana are apparently totally illegal.

What this means is police can raid you just after you harvest and weigh out your drying marijuana to count it against your 2.5 ounce limit.

And they’ve even counted tiny clones, seedlings and harvested plants as if they go against your 12 plant limit.

Unless you’re willing to grow marijuana plants that produce less than 5 grams  of dried marijuana per plant, as soon as you harvest, you’re automatically breaking the law.

If police find marijuana medibles, budder, shatter, dabs, bubblehash and other extracts, those are totally illegal per the Carruthers ruling. Your medical marijuana card gives you no protection if you have those marijuana products.

If you look at medical marijuana laws in most states, you find similar traps laid into them.

But for me, perhaps the worst thing about medical marijuana laws is they encourage clandestine marijuana growers to out themselves…to tell the government that they grow marijuana, and where they do it.

I’d been growing in Michigan for many years, and was very careful not to let anybody know…especially anyone in the government.

Deluded into thinking the MMMA would give me more protection than hiding out was giving me, I abandoned my years of paranoia and hiding, and officially registered myself as a medical marijuana grower (and designated caregiver), using my actual grow op address, name, and other data.

I now consider that to be a big, irreversible mistake.

The police had no idea I was a grower before, but now they know exactly where I am.

In fact, they know where all MMMA growers are.

Police have the right to come to our grow ops to see if we’re under our plant limits and dry marijuana limits. Most of us are not. Most of us make the now-banned marijuana medibles and extracts.

And even if we police find no precise evidence of criminal behavior, if they find marijuana plants or buds, they can still arrest us anyway, and make us use our MMMA registration as an affirmative defense in court.

They can also bust us, even if we’re totally legal, and use asset forfeiture to steal our possessions from us.

Ironically, I feel I was safer as a marijuana grower in Michigan before I registered with the MMMA.

I am sorry to admit that the MMMA law lulled us into a false sense of hope and security.

We grew 12 plants, harvested a lot more than 2.5 ounces, then converted the overages into bubblehash, BHO, cannabis oil, and marijuana medibles…thinking it was all legal.

Now that the medical marijuana law has been gutted, I feel I’ve been suckered.

And even though my marijuana growing is more legal here than in most other states east of the Mississippi River, it’s still risky.

Before you as a marijuana grower sign up for a medical marijuana card, please think long and hard about whether really you want to tell the police and government bureaucracy that you grow marijuana…because as long as medical marijuana laws are gutted or poorly written, it could be a trap.