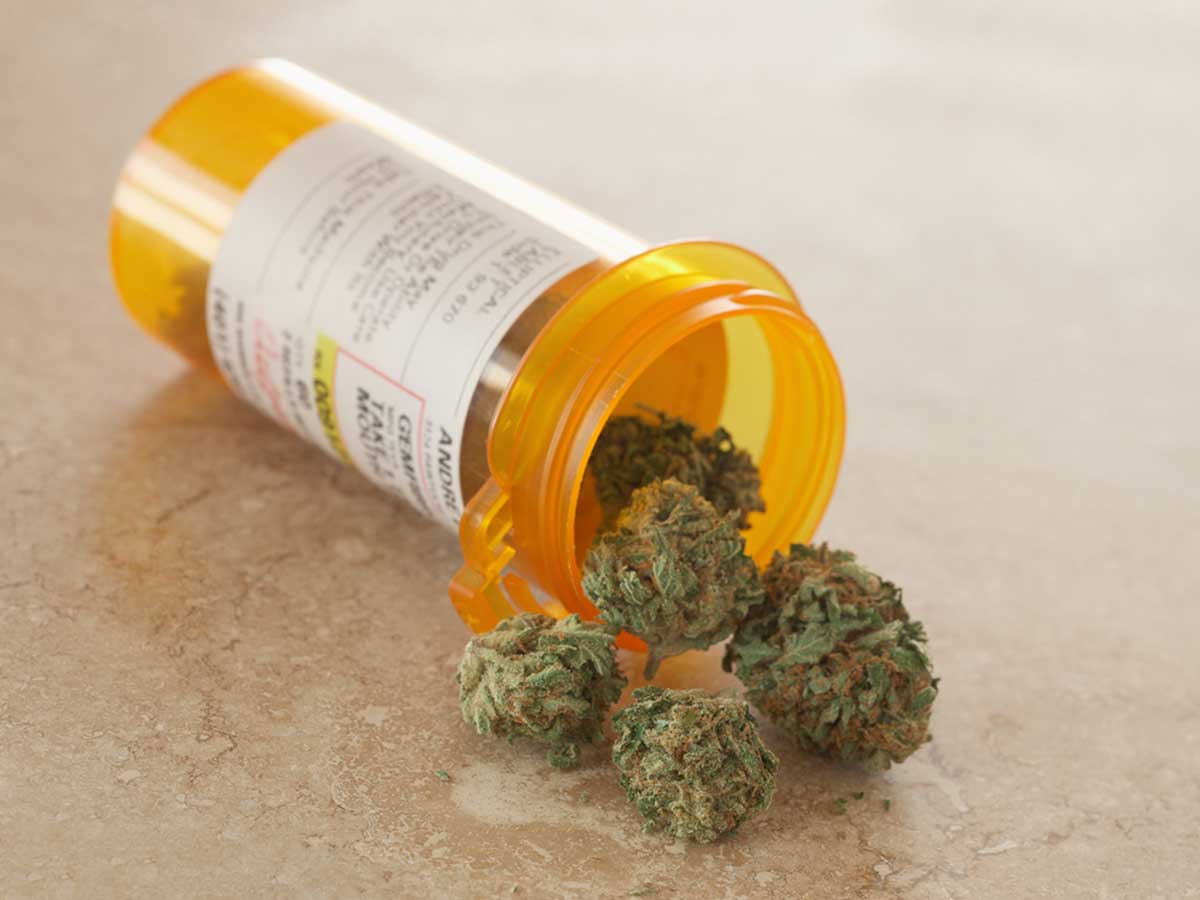 Medical marijuana patients Ladd and his friend Barbara live in Iowa. Both have been ill with multiple sclerosis (MS) for decades.

Years ago, Ladd discovered that the US government was giving medical cannabis to a handful of patients for their illnesses through the federal Compassionate Investigational New Drug (IND) program.

Ladd had already determined that his multiple sclerosis symptoms were greatly reduced when he regularly used marijuana.

Multiple sclerosis is a chronic neurological disorder that results from patches of destruction of the myelin sheath surrounding the nerve axons in the brain and spinal cord.

Symptoms of the disease vary depending on where the demyelination takes place — it’s like an electric wire missing its insulation so the electrical path short circuits.

Onset of multiple sclerosis is usually between the ages of 20-40 and it affects more women than men.

MS can present with several types of progression, but in general the patient becomes more debilitated as the damage continues.

Ladd told his new friend and fellow MS patient Barbara  about the use of cannabis for MS and the IND program.

Ladd’s physician put his paperwork in first, but Barbara’s family had better political connections than Ladd and she began receiving federally-issued cannabis in August of 1991.

When I first met her, Barbara was in a wheel chair due to muscle weakness and spasticity and was legally blind. These are all symptoms of multiple sclerosis.

I watched as she fought her way through each day; she needed a constant companion and care giver. She had been using government cannabis for just a few months.

We returned to her home about three years later.

Barbara met us at the door and insisted before we made ourselves at home, that we ride in her new RV.

We rode, she drove! Her eyesight had improved and she was out of her wheelchair and able to drive a vehicle of some size.

The change was caused by marijuana.

Her dose of federal cannabis is 8 cured ounces per month.

She smokes it from joints she rolls after taking the government cannabis she is issued, some as much as ten years old, ripping apart the pre-rolled joints containing stems and seeds and re-hydrating it for 24 hours to make it palatable to smoke.

By the time Barbara began receiving her federal cannabis, Ladd’s IND application had been approved, but unfortunately he never received any medical marijuana from the federal government.

As one of the few surviving IND patients, Barbara was a participant in the Missoula Study conducted in 2001. The Missoula Study involved four federal cannabis patients examined in great detail for three days at St. Patrick’s hospital in Missoula, MT.

Barbara showed no negative health effects from chronic cannabis use, and many benefits.

If you have multiple sclerosis and do not use cannabis you will never again do what you used to do—which is how Ladd lives.

If you use cannabis like Barbara your life will be better.

It’s clear from what we’ve seen that medical marijuana for MS patients is a blessing and a healer.

ABOUT THE ARTICLE’S AUTHORS

Al Byrne and Mary Lynn Mathre, RN, are among the most respected and legit medical marijuana advocates, experts, and researchers working today.

For decades, Byrne and Mathre have run medical cannabis patient advocacy and education organizations such as Patients Out of Time (POT). Learn more about POT here.

Mathre is a registered nurse and leader of nursing organizations. She’s long been instrumental in pushing mainstream doctors, nurses, and medical organizations to recognize the unique efficacy and safety of medical marijuana for a variety of conditions.

Byrne is a former naval commander and is a widely-known military veterans’ medical marijuana advocate and counselor.

Both Byrne and Mathre served on the NORML Board of Directors.

Mathre and Byrne created a proprietary educational protocol and curriculum to educate medical professionals about the endocannbinoid system (the internal neuroreceptor system that cannabis compounds bind with to create marijuana’s effects).

They’ve organized the only North American large-scale, comprehensive clinical cannabis conferences that feature medical doctors, botanists, patients, activists, and scientists including the most famous and accomplished in the medical cannabis world.

Find out more about their radio shows, and listen to archived past shows, here.

Byrne is creating a new organization, Veterans for Compassionate Care (VFCC), that will be the world’s only medical marijuana behavioral health clinic intended to serve military veterans.