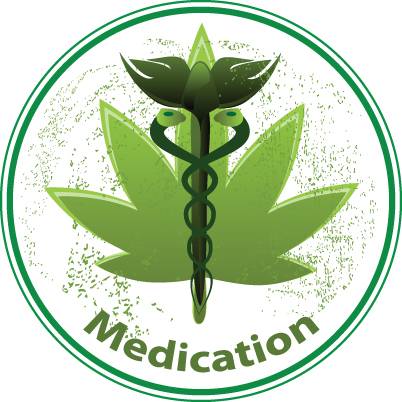 By Steve Davis | Published: September 10, 2012
I’m waiting for somebody to make a documentary movie called “The High Rise & Hard Fall of the Marijuana Dispensary Era.”

As a professional grower who enjoyed supplying top-shelf weed to three California dispensaries, I’m sorry to report it looks like the glory days of medical marijuana dispensaries may be fading away.

All three of the marijuana dispensaries I grew for are shuttered. What was once a thriving green industry is now becoming a ghost town.

In Los Angeles, for example, marijuana patients and growers are fighting an uphill battle to reverse the City Council’s decision to close almost all medical marijuana dispensaries.

I so much remember the fun we had at the height of the dispensary boom, which was 2008-9. I loved hanging out at the dispensaries, seeing people enjoying the marijuana medicine I grew.

The boom years were hugely profitable times for dispensary marijuana growers…but only if you produced what dispensary owners and patients wanted.

What did they want? At first it was just “decent weed” that you could buy legally.

The novelty of being able to walk into a store and buy retail marijuana was enough.

But pretty soon the market got sophisticated. Marijuana consumers voted with their dollars and they got real choosy.

I’d deliver a pound of Lemon Skunk (grown from motherplants produced from DNA Seeds) that had cost me a lot of worry and expense to cultivate. It sold out in a few hours.

But when I’d deliver a pound of a lesser-known marijuana strain that was just as strong and enjoyable as the Lemon Skunk, it sold slowly because nobody recognized the name.

Dispensary owners had so many growers showing up with pounds of buds for sale,  that they could afford to get picky.

They’d look at your weed with a microscope, pass it around, grind it, vape it. If they could find a way to diss the weed to pay less for it, or refuse it altogether, they would.

The recipe for success as a dispensary grower became clearer. Start by picking the strains that sell the most and fastest.

Strains hit fads. They’re popular for a while, then people want something new.

A few years ago it was SAGE, AK47, Blueberry, Train Wreck, White Widow, and various forms of Kush.

If you’re growing the finest genetics and you want to sell to a dispensary, you better run an absolutely clean grow.

The marijuana dispensary guys I worked with refused to buy anything with mites, thrips, dust, powdery mildew or other defects.

If the buds weren’t tight, crystally with THC, and absolutely dried, cured, and trimmed to perfection, they were treated as schwag, or as low-value “econoweed.”

You also had to flush your marijuana real well, or else they’d accuse your buds of having a “hydro taste.”

What made me laugh is I’d bring in totally organic buds, and they’d say it had the hydro taste, and vice versa.

First impressions are everything. If the dispensary owner opened my container of buds and was knocked out by the kind smell, his customers would like it too.

If you could prove that you grew 100% organic, you’d get more favorable reviews and more money.

I started growing marijuana strains known to be especially resinous so I could make more bubblehash.

Those were kind, beautiful days. Many marijuana people made enough to buy their dream home and retire, while at the same time providing marijuana medicine to tens of thousands of grateful patients.

I networked in the dispensary scene during the lead-up to the medical marijuana dispensary boom, and the boom itself.

Hundreds if not thousands of people geared up to produce and distribute marijuana medicine.

Tens of thousands of patients could buy safe, effective, natural medicine, and they loved the freedom.

Today, the dispensary industry is on the ropes. And not hemp ropes either. I now supply my marijuana directly to a few patients. It’s harder for them, and harder for me.

It was nice while it lasted…when growers and patients were linked by dispensaries so more people could easily get the marijuana medicine they need.

RIP, marijuana dispensaries. We miss you.