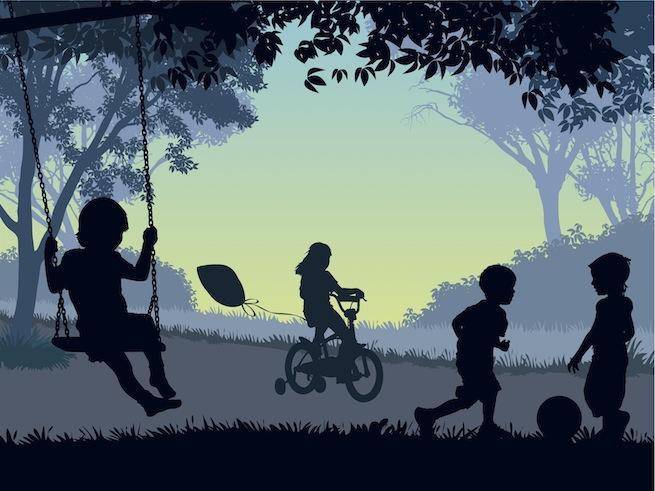 At a medical marijuana event, a man and his wife came up and quietly said they wanted to talk confidentially about how medical cannabis “cured autism” in their daughter.

The woman held the hand of the 7-year-old girl who was the couple’s daughter.

“Our daughter was diagnosed with autism,” the man said, “but look at her. She’s not displaying signs of autism, is she? It’s because medical marijuana cured her autism, but the medical establishment and the law are blocking research into it. And in our state it’s illegal, so we have to hide what it’s done for her.”

They spent an hour telling me a story that started out like the story many parents tell about autism…an uneventful pregnancy and birth. A “normal” baby.

Then, when their daughter was about eleven months old, “developmental problems” surfaced…

“She didn’t smile, reach out, or look at us,” the mom said. “No pre-language. And she wasn’t affectionate. She was indifferent or even hostile.”

Their daughter grew physically larger and more coordinated. She made verbal sounds, but the sounds weren’t like regular language. The autism was impairing her emotionally and socially.

She’d spend hours sitting on the floor rocking back and forth, making non-language noises, or even screeching like a bird.

A family member told them it was autism.

For a few weeks after that, they were “in denial,” hoping their daughter would “come out of it on her own.”

When doctors confirmed that their little girl had autism, the distraught parents learned that an average of one in every hundred children in the USA has autism or a related disorder.

Doctors told the couple that their daughter was near the most severe end of the autistic spectrum and offered little help or hope that the girl could even partially overcome the condition.

Things were getting worse.

Their daughter was inadvertently injuring herself, refusing to eat, running outdoors unclothed, sometimes going mute, other times screaming in a shrill, piercing tone.

The parents spent much money and time on autism doctors and therapies, including powerful, potentially-dangerous pharmaceuticals often prescribed for autistic children.

As medical marijuana users, the parents were familiar with the wide range of cannabinoids, strains, and effects offered by cannabis.

They learned that marijuana’s cannabinoids change neurochemical circuitry and the flow of neural transmissions in areas of the brain affected by autism.

“We were desperate. We got a high-CBD tincture,” said the father, referring to the marijuana compound called cannabidiol, known for sedative rather than intoxicating effects. “We gave it to her. Within an hour, she was in deep sleep for the first time since we noticed the autism, or maybe the first time in her life.”

Experimenting with marijuana tinctures and edibles (medibles), while also continuing to immerse their daughter in social therapy, created rapid and unprecedented improvements for the girl.

They found specific profiles of CBD (cannabadiol), THC and other cannabinoids that worked to handle different autism symptoms.

If their daughter was withdrawn and uncommunicative, they gave her a high-THC medicine that pulled her out of her malaise.

If their daughter was agitated and hyperactive, a CBD-dominant medicine helped most.

Medical marijuana helped their daughter calm down, have a better appetite, and relate emotionally in ways not typical of severely autistic children. Not only that, marijuana was less expensive, far more effective, and safer than the pharmaceutical medicines it replaced.

“When the medical marijuana takes effect, and she becomes so present and happy, I have tears in my eyes,” the girl’s mom explained. “She is beating autism. She now looks us in the eyes. She smiles. She plays with our cat. She started getting along with other kids. The autism would not let her do that before, but with the medical marijuana, she can do that.”

“In our autism support group we eventually met other parents who knew that medical marijuana helped,” the father reported, “but nobody was willing to admit that they used it for their children. We didn’t admit it either. It’s a shame we could not speak more openly about this, because we see it as a breakthrough for autism in some cases.”

When the girl’s father asked the family’s autism doctor about medical marijuana for autistic children, the doctor became livid…

“If I heard about it I would not hesitate to immediately report the parents to authorities, the parents would be arrested, and the child would be a ward of the state,” he said.

This pronouncement terrified the parents.

The mom started having nightmares in which police kicked down her door, arrested her, and placed her child with foster parents.

Those worries cannot erase the gains their family has made due to medical marijuana.

Two years after they started providing medical cannabis to their daughter, the mom says, the girl is “a totally different child.”

“None of the professionals who work with her have figured out how this happened,” says her father. “They admit that no conventional autism treatment or age-related changes has ever produced the sudden progress they see in our daughter. They say it’s a ‘miracle.’ We know it’s medical marijuana, but we can’t say a word to them about it.”

Clinical trials and other testing needs to be done right away to explore medical marijuana’s effects on autism, but the parents say it’s going to be a long time before the medical industry takes marijuana seriously.

You can count on one hand the number of American doctors willing to recommend medical marijuana for children.

Most doctors and social workers say marijuana is always bad for children, including autistic children.

Parents willing to come out of the closet about medical marijuana and autism are extremely rare, but a courageous California mom named Mieko Hester-Perez went public about giving her autistic son Joey medical marijuana. She says it saved his life.

Joey was locked in, unable to communicate or eat. Then Mieko gave him medical marijuana brownies. She says the effects were “an awakening” for her child.

(Hester-Perez has become a medical marijuana-autism political activist, and her story has been seen by millions of television viewers).

As with autism, marijuana provided unique symptomatic relief for the child, and Gupta apologized for his previous statements opposing medical marijuana.

While I talked to the parents of the autistic girl, I had occasion to observe their daughter.  Her parents encouraged her to speak to me when I asked her questions.

Sometimes it was hard for me to understand the child’s speech; autism affects her use of the English language.

She was friendly and happy, perhaps a bit hyperactive. I sensed that she was centered as a person, and enjoying her life.

I saw that she and her parents were a close, affectionate, lively family.

Her parents insist medical marijuana helped their autistic child when nothing else could.

They rejoice in that victory, but say they’re saddened that no marijuana-autism research will be conducted anytime soon, except in clandestine, amateur situations such as theirs.

They express dismay that our medical system allows harmful drugs like Prozac, Risperidone, Depakote, and Ritalin to be routinely prescribed to autistic children, but medical marijuana (which is demonstrably safer than pharmaceutical drugs) is totally forbidden.

“Because of the drug war, tens of thousands of autistic children and adults will remain locked in by autism, and unable to get a medicine that really works,” the mom says, “Closed-mindedness prevents researchers and parents from openly exploring the healing effects of medical marijuana….a plant that gave us our daughter back.”

Here’s How to Do a Marijuana Growing Diary That Improves Your Buds and Knowledge
New Jersey Medical Marijuana & Governor Chris Christie Equals A Big, Fat, Joke