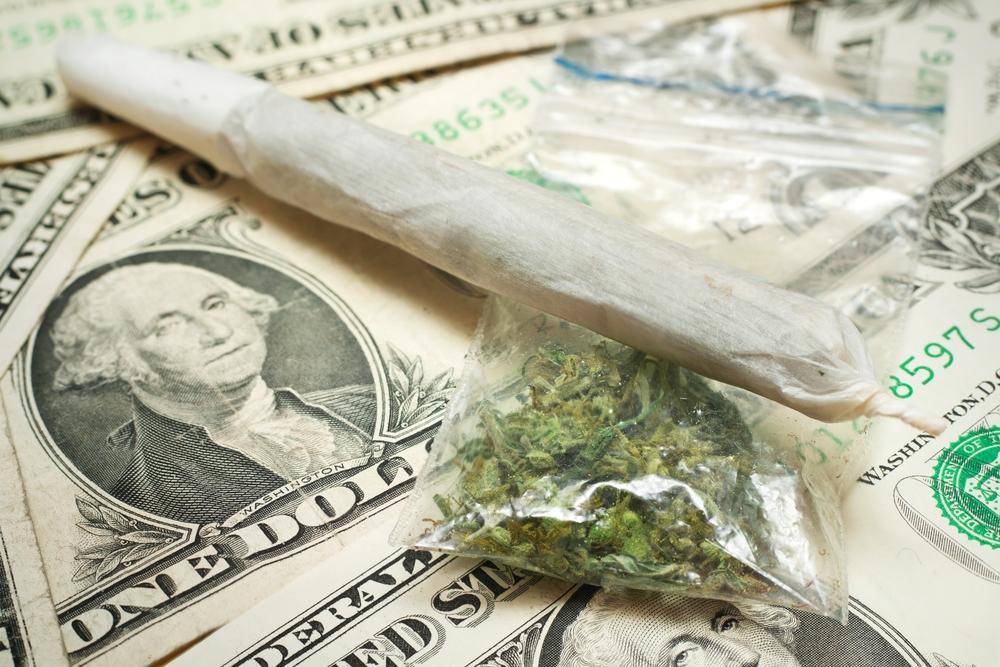 By Steve Davis | Published: January 14, 2014
We talk about medical hydroponics marijuana cultivation as a career choice, and that means talking about marijuana pricing. How much time and money will you spend to grow a pound of medical marijuana, and how much will you be able to sell that pound for?

As with all agricultural commodities, the cost of production and the profit margin for your medical marijuana crops are determined by complex market forces, but for those of us who grow marijuana, the effect of the black market, the laws, and the police add an extra layer of complexity. People growing corn don’t have to worry anywhere near as much as we do!

The same thing happened with Proposition 19, the 2010 California marijuana “legalization” ballot initiative that was defeated— most professional growers opposed it.

Why would someone who loves growing marijuana want to keep it illegal? It has to do with supply and demand’s effects on marijuana prices. It works like this…

Before Prop. 215, many people were scared to grow their own medical marijuana. Demand was high, and wholesale prices per pound averaged 40-150% higher than they are today. When Prop. 215 legalized medical marijuana cultivation, demand increased, but cultivation did too.

For a few years, wholesale prices went up and down as people adjusted to the changing legal interpretations of Prop. 215, the ebb and flow of new growers coming into the business, and the bizarre fact that law enforcers insist on busting people for legally growing medical marijuana.

When medical marijuana dispensaries became an established business model starting about ten years ago and continuing until the boom went bust, professional growers finally had a safe, easy place to sell their buds wholesale.

At the same time, demand increased because hundreds of thousands of people felt empowered to try medical marijuana as a replacement for pharmaceutical drugs and alcohol.

As medical marijuana laws came to California, Oregon, Washington, Colorado, Michigan, and a few other states, entrepreneurial people rushed to those places like it was a “green gold” rush, eager to cash in on the chance to grow weed as a career.

You can see the impact of the marijuana boom in media articles like this one, describing suburban family folks with college degrees turn to growing or selling marijuana as part of the American Dream.

Pretty soon, massive medical marijuana grow ops produced tons of premium buds, and wholesale prices dropped from the average $3000-4800 per pound for the very best connoisseur cannabis to about $1600-2800 per pound.

That’s why a sizable percentage of medical marijuana grown in California and other “legal” states ends up in places where hardcore prohibition artificially raises prices.

During the peak of the medical marijuana price boom that topped out around 2006-2007, money grew on trees. But with oversupply, and more people feeling like they could grow their own medicine in small gardens, the days of a guaranteed, high-profit “mortgage-buster” hydroponics medical marijuana cannabusiness have receded.

Money makes people do strange things. I knew many a California medical marijuana grower who felt like a hypocrite for doing it, but nonetheless voted against California’s  Prop. 19 because they felt Prop. 19 would open the floodgates to “legalized” growing, thus crashing wholesale prices to their lowest levels since the 1960’s.

Or they felt that Prop. 19 would ruin Prop. 215 and make it easier for police to bust people. People were confused about what would happen, and the proposed law was defeated.

In this confusing, chaotic environment, those of you considering medical marijuana cultivation as a career, or even an adjunct to your current job, want to carefully analyze your investment of time and money for medical marijuana production, versus the ups and downs of medical marijuana wholesale prices that affect your potential financial rewards.

The most direct calculation you can make is: if I am only going to get $2000 a pound, how much does it cost me to grow a pound- and am I making enough profit to make it worth it. That’s what we’ll talk about in our next article on this topic, and thanks for all the insightful comments you’ve provided regarding our previous article on making medical hydroponics marijuana cultivation a career.