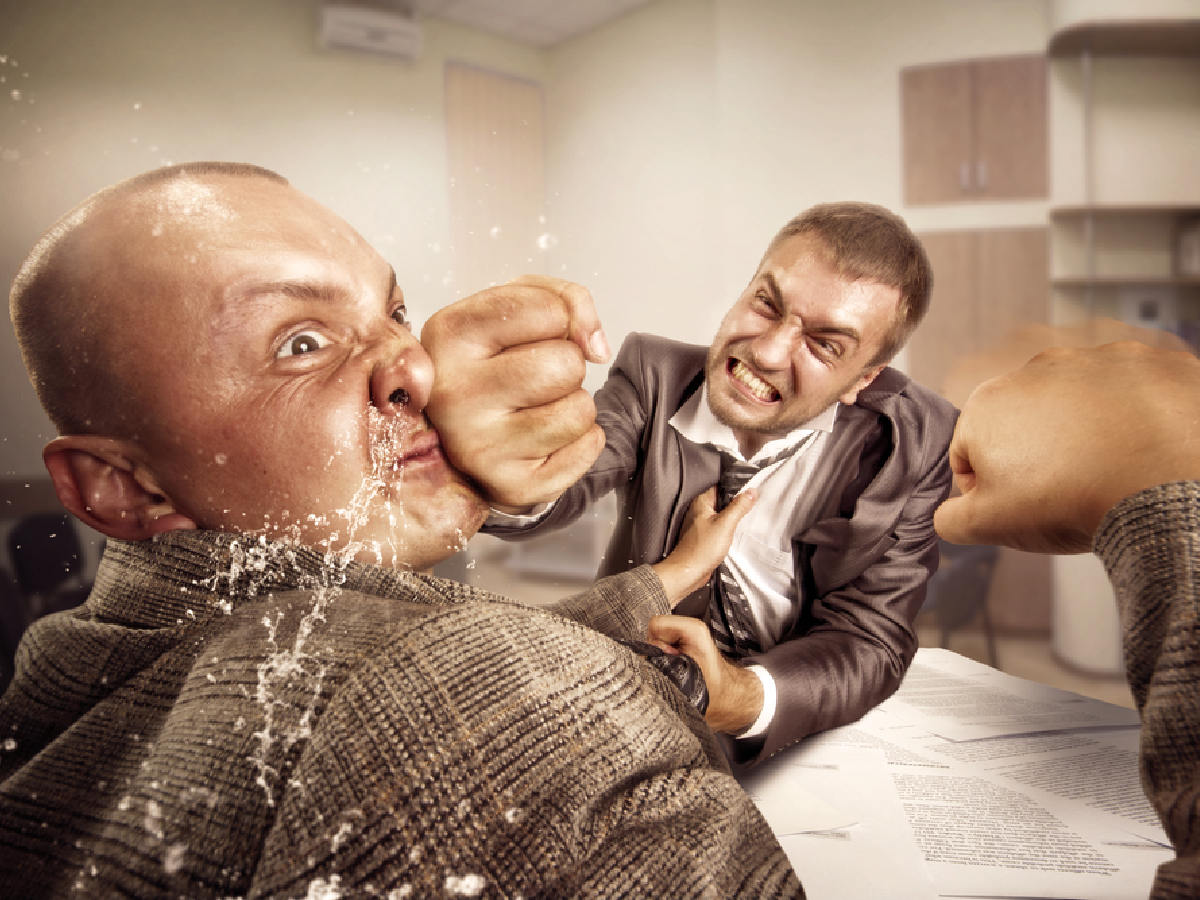 Did these guys just take a bong hit, or are they drunk?
By Kim Carlyle | Published: October 19, 2016

All of us who use marijuana know it promotes peaceful, chill feelings.

But people opposed to marijuana have long claimed the opposite—they say marijuana makes you violent, and they claim it’s addictive.

In the marijuana vs alcohol debate, you still hear the original “reefer madness” lies used by marijuana prohibitionists in the 1930s to convince the U.S. government to make marijuana illegal.

Even now, police, drug counselors, stupid people, and industries that fear competition from marijuana (such as the alcohol and pharmaceutical industries), sometimes promote the alleged marijuana/violence/addiction connection.

A perfect example is the Facebook account created by an organization called “Marijuana Makes You Violent” or MMYV.

They don’t say where they get their funding, but take a look at their ludicrous mission statement:

“Don’t believe the lies put out by the media that marijuana addicts are just harmless, peaceful hippies.

Our organization exists to combat the spread of ignorance regarding cannabis.

We aim to spread awareness and educate the world on the very real dangers associated with the consumption of marijuana.

We do so by posting verified and valid scientific facts, statistics and data which serve as invariable proof of the destructive nature of weed.

As a secular and apolitical organization, we do not adhere to any religious doctrine, nor do we have any affiliations with any political parties.

We are an independent entity, focused on one thing, and one thing only: The End Of Weed.”

They say they’re dedicated to “eradicating marijuana from the planet.”

MMYV portrays itself as people who’ve been harmed by marijuana violence or who have been around “stoners” and discovered that pot people are terrible!

They say marijuana is the cause of all the world’s problems, and that if they can “get rid of marijuana,” the world will be peaceful.

As you look at their statements and videos, you’re thinking: “This must be a joke. No way can they seriously believe what they’re saying.”

The MMYV Facebook page has videos showing some weird little MMYV guy out in the woods.

He claims he’s finding guerrilla marijuana gardens and calling the police to get them eradicated.

They also have videos showing two people pretending to be “marijuana addicts” who discuss “shooting sobers” so the “bodies just keep on piling up.”

Taken at face value, MMYV is a hate group, and those of us who use and grow marijuana are its targets.

MMYV claims it has scientific facts to prove that marijuana causes aggression.

Problem is, their side of the marijuana vs alcohol debate is always wrong.

For example, in the July, 2016 edition of the prestigious academic scientific journal Psychopharmacology, researchers describe what happened when they compared the aggression effects of alcohol versus marijuana.

The researchers were looking into a phenomena called “intoxicated aggression.”

This is aggression that can be proven to come directly from being intoxicated, rather than aggression an individual would express when sober.

The researchers exposed the entire group to aggressive stimulation, and measured subjective and physiological indicators of aggression.

When the alcohol and cannabis-using test subjects hadn’t used their drug of choice before the test, they reacted the same as the group of people who never used alcohol or cannabis at all– aggression increased for all the test subjects.

Then test subjects in the alcohol and cannabis groups were then given alcohol (or cannabis) before exposure to aggressive stimulation.

This finding corresponds with almost all the other studies on marijuana vs alcohol.

The folks at MMYV need to get with the fact that marijuana is a peace-creating substance.

We don’t know for sure who’s funding MMYV, or why this bizarre organization demonizes the marijuana plant and the marijuana community.

But we’re glad that intelligent scientists are telling the truth about marijuana, which is the most beneficial plant humans have ever grown.

We hope that the marijuana haters check out this video: