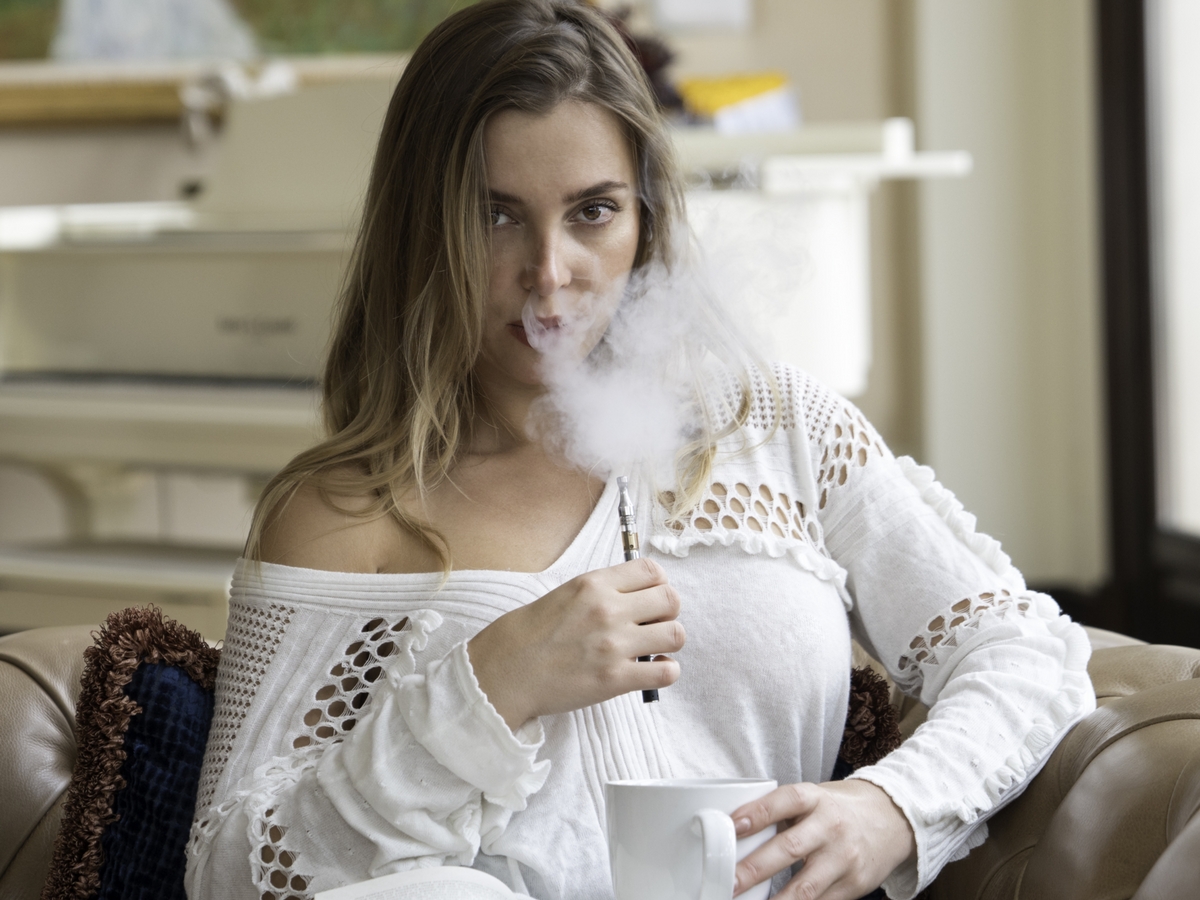 If you know the best temperature to vape your chosen strain, then you can get more bang for your bud buck.
By Gary Anderson | Published: November 6, 2017

Fun fact: You can use a cannabis vaporizer to get many different psychoactive and aesthetic experiences from the same strain of marijuana. I’m stoked that I discovered how to use my vape in such a way and I want to share with you how you can experience the same fun, too!

The first thing you need is a precision vaporizer. I prefer desktop vapes because they’re reliable, accurate and safe. I’ve watched technicians with sophisticated thermal devices testing vaporizers at trade shows, and was shocked to see that some vaporizers, especially portables, just can’t be trusted to deliver accurate, consistent temperatures.

My go-to vape of choice is the Arizer V-Tower Vaporizer, which I’ve had for three years. It has ceramics as part of the heating element and toxin-free glass in the vapor chain, and can also be adapted for use with hash oil. It’s never failed or malfunctioned, despite being used hundreds of times.

There is a science behind using marijuana vaporizers to get different highs and inhalation experiences from buds of the same strain.

The first thing to know is that cannabinoids such as THC, CBD and CBN volatilize, or vaporize, at different temperatures. One problem for cannabis users is that because the government still blocks most modernized scientific research, we lack up-to-date, consistent data about specific temperatures that vaporize cannabis compounds.

The lack of reliable scientific studies is the reason even the most inquisitive researchers find only confusing and contradictory information about cannabis compounds’ volatilization temperatures.

Further adding to the confusion is that cannabis contains many varying chemical forms of cannabinoids that each volatilize and are potentiated at different temperatures.

Plus, many vaporizers on the market don’t give you precision, consistent, time-stable temperature control. You set the vaporizer to 380°F and its readout says that’s the temperature the device has reached, but there may be inaccuracies and inconsistencies.

In seemingly reliable research data, the lowest temperature at which any cannabinoid or terpene allegedly turns to vapor is 200°F. But when I started seriously testing my buds using various temperature ranges, I got zero useful vapor until my minimum temperature was 310°F.

One important temperature we’re much more certain of is that of combustion. The highest vaporizer temperature for my testing was 440°F, just below combustion. There are only a few cannabinoids and terpenes that require combustion-range temperatures before they volatilize, and they’re not the crucially important compounds you need from your cannabis.

It’s best to stay under 440°F and avoid combustion byproducts such as carbon monoxide and tar that have toxic effects and can harm your respiratory system. 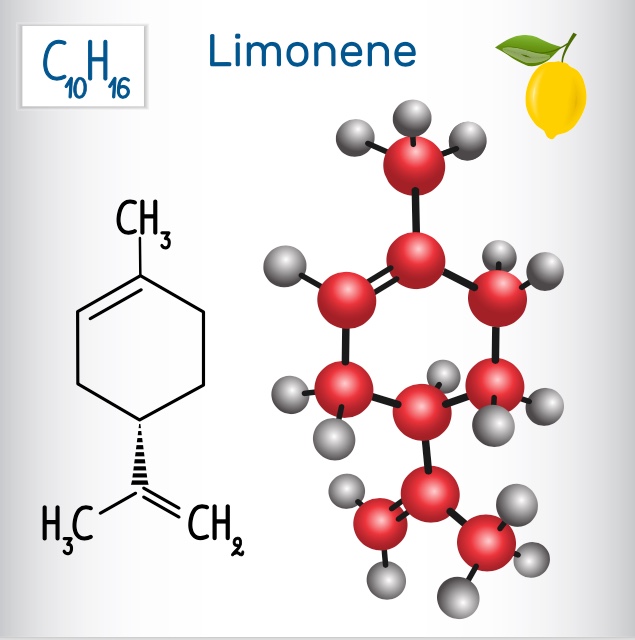 The terpene limonene is present in some cannabis strains and in citrus fruit.

Cannabinoid effects are influenced by other non-cannabinoid compounds in your buds, called terpenes or terpenoids (the terms are used interchangeably). Terpenes are responsible for the broad variation in tastes and scents in marijuana buds, and also affect cannabinoids.

Much like cannabinoids, terpenes have medicinal value. They also moderate cannabinoid activity to affect the cannabis high.

Although some cannabinoids are exclusive to cannabis, terpenes are found throughout the plant kingdom.

That’s why, when you detect a lemony taste or smell in a cannabis bud, you’re sensing the terpenoid limonene, which is also found in citrus fruits.

Caryophyllene is a terpenoid found in cannabis and in plants like the flowering vine black pepper. When you smell a bud that has a spicy, peppery scent to it, part of that scent comes from caryophyllene. This terpenoid has significant effects on the cannabis high and on absorption of cannabinoids, because it influences the function of cannabinoid receptor types 1 and 2, better known as CB1 and CB2.

If your buds smell kind of like turpentine, they’re high in pinene. This ubiquitous terpenoid is found in pine trees, salvia (including sage and mint) and camphor trees. It offers medicinal properties including acting as an antiinflammatory, bronchodilator and antiseptic. Pipene also boasts insect repellent properties, which is very beneficial in cannabis resins.

With dozens if not hundreds of terpenoids in various ratios and amounts in different cannabis strains, you see why buds offer such changeful tastes, smells and highs.

In each of these general categories you find specific tastes and scents. For example, the category berry includes blueberry, strawberry and grape.

These aren’t imaginary scents and tastes. They’re an actual physical characteristics produced by plant compounds. A cannabis strain might smell and taste like cherries, blueberries, diesel fuel, turpentine, lemon peels, roses or chocolate because the strain contains terpenoid molecules that are also found in those redolent organisms.

Mango contains lots of myrcene, a terpenoid that has medical benefits and is a building block for other terpenoids. Certain buds may contain relatively high levels of myrcene, which makes them smell like mango. Some scientists believe that myrcene potentiates your body’s absorption of THC, and cannabis folklore says that if you want to enhance your high, eat a mango half an hour before you get stoned. 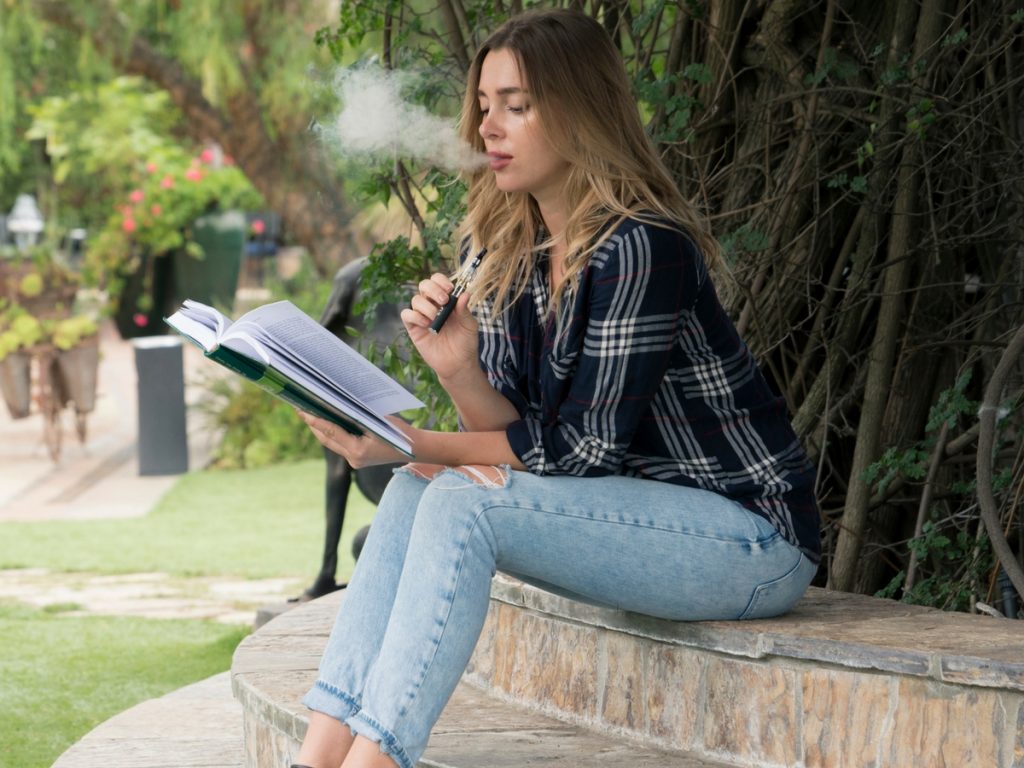 How To Have More Cannabinoid And Terpenoid Fun Using Your Vaporizer

I first discovered the endlessly entertaining complexities of cannabis taste, scent and highs when I was fiddling with my vaporizer temperature, adjusting it in small increments.

When you’re doing your own vape-assisted bud tests, always start at low temps and move up. If you start your vape session at 440°F, your vaporizer will volatilize almost every cannabinoid and terpenoid at the same time. But when you start low and edge the temperature higher, it’s like you’re eating from a buffet table of cannabinoids and terpenoids, sampling from one end to the other, able to detect individual compounds as the vaporizer temperature reaches the level at which each compound becomes vapor.

My lowest effective vaporizer temperature is 310°F. At that temperature, the vapor is very thin, almost invisible, and has a strange waxy feel to it with almost no taste. The high is spacey, anxious, unpleasantly persistent. As I ascended the temperature scale, the vapor becomes thicker, more visible and tastier, and the psychoactive and body effects change significantly.

During my first vape temp experiments, I was working with Jillybean, a sativa and indica hybrid from Subcool TGA Genetics. As I went from 310°F to 440°F in five-degree increments, it was often like I was inhaling completely different buds at each inhalation.

At one temperature, the vapor tasted like orange sorbet. At another temperature, it tasted like mango. Still another was like a McIntosh apple. As the flavor changed, so too did the high, which makes perfect sense, given that each change in temperature changed the ratios and amounts of cannabinoids and terpenoids I was inhaling.

Each of these tastes were intensely prominent and easily identifiable at a specific temperature, totally dominating the inhalation as the vapor went across my taste buds, and the high and feel of the vapor changed as the vaporizer temperature changed.

In general, the more terpenoid flavors and scents in your bud, the better the strain is. I use my vaporizer terpenoid experiences to judge the quality, marketability and value of strains.

Compared to the blunt instrument of combustion, vaporization is better for your respiratory system, and opens up a wider range of experiences and medicinal effects.