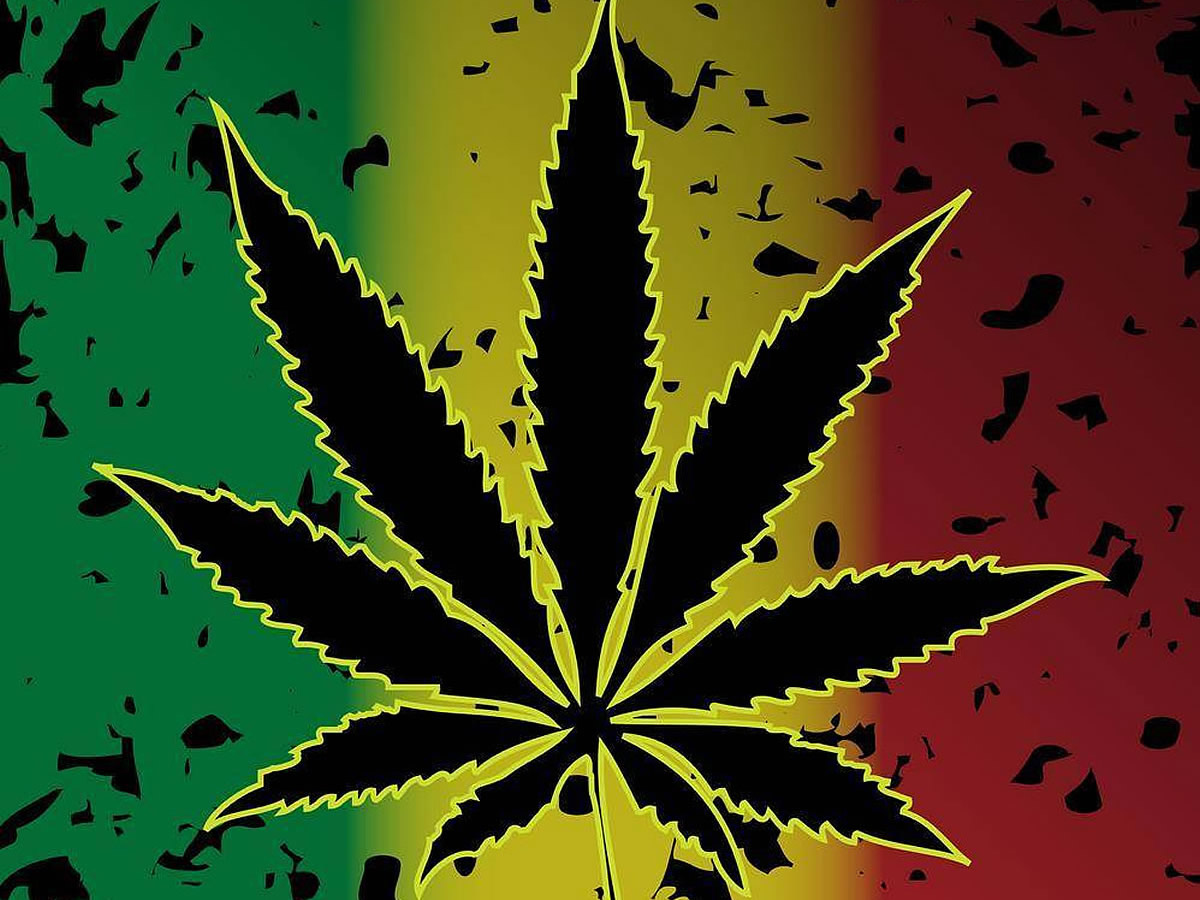 When cold weather comes and you want sunshine, beaches, and marijuana, think of Jamaica, read this article and watch the videos, then book your flight!

Land of Bob Marley, with powerful outdoor weed selling for $100 or less per ounce, marijuana lovers flock to Jamaica to get ganja fun in the sun.

When you want a safe and fun Jamaica marijuana legalization vacation, read this article carefully…

The first thing to know is the Jamaican government in early 2015 enacted Jamaica marijuana legalization.

Given that marijuana is low-cost and easy to find in Jamaica, some people thought marijuana already was legal in Jamaica.

Before legalization, you could get busted for ganja in Jamaica, especially if you were a tourist.

Under the new Jamaican marijuana law, a tourist with a medical marijuana recommendation from their home country can purchase and possess up to two ounces of marijuana.

The law allows residents to grow a small number of marijuana plants.

According to Jamaican Prime Minister Michael Golding, “We need to position ourselves to take advantage of the significant economic opportunities offered by this emerging industry.”

I’ve visited Jamaica seven times, from one end of the island to another, and I’m giving you the most candid look at Jamaica as a vacation destination for marijuana tourists.

The new Jamaica marijuana legalization law increases the odds that lots of people will try to sell you ganja.

I’ve been offered ganja by taxi drivers who picked me up from the airport, by street vendors, by children, by roadside food sellers, by hotel clerks, by waiters, by maids, and once, even by a police officer.

Many of those situations are a set-up for you to buy crappy weed, get ripped off, or get busted…or maybe all three!

Your physical safety is best-assured by booking lodging at legit all-inclusive resorts.

Yes, lodging at an all-inclusive is kind of like being on a stationary cruise ship, but everything’s taken care of in a guarded, plush setting that serves as a base for your off-site adventures.

And some Jamaican resorts, such as Hedonism, offer sex tourism.

When you combine ganja and sex, you can get wild fun! Check out this naked video…

I suggest you book resorts in the Negril region.

Negil is a coastal town with white sand beaches, cheap ganja, scuba diving and other water sports, and tranquility.

From Negril, you access the famous psychedelic mushroom tea cafes and vendors who serve a combination of fun fungi and cannabis cakes.

How do you get that  famously inexpensive Jamaican marijuana you’ve always heard of?

When you want to procure weed, make discreet inquiries of resort staff.

Resort staff (concierge, maintenance, drivers, valets, and similar level staff, not upper management) are quite used to being asked for cannabis.

The ideal situation is that a Jamaican who works at the resort or guesthouse you’re staying at will hook you up to a safe, easy, cash-for-ganja deal.

It’s always cash, so have cash on hand ahead of time.

And keep the cash hidden until the weed is in your hands.

When you ask folks if they can get you some marijuana, at worst, they’ll say they can’t help you. I’ve yet to hear of a case where a Jamaican narked someone out just for asking for marijuana.

But keep your intuition on full alert and always watch the vibe. People see you as a rich foreigner, and they want your cash.

Everybody who helps you expects a tip. They’re not just being friendly- they want your money.

And if you don’t get a very very kind vibe from whomever you talk to about ganja, quickly back off, and try someone else.

There will always be someone else. Don’t be desperate. Be patient. Safety first.

What kind of ganja can you expect? It depends on who you hook up with, but you have to always sample ganja before you buy it, and always watch closely to make sure the ganja you smoke is the same ganja you’re buying.

Beware the clever switcheroo, when the weed they smoked with you is higher quality than the weed in the bag they sell you.

If you get an honest seller with access to bulk-grown, high-grade Jamaican cannabis, you can buy a pound for $150-350 USD.

Remember that Jamaica is a hot, humid, tropical place. Store your marijuana in a refrigerator (not the freezer) at all times, except when you’re using it.

Unable to smoke all the marijuana bought on early visits, I later started bringing extract bags to Jamaica so I could make bubblehash.

I’d ice a pound or two, extract the resin glands, and spend my Jamaican holidaze in a full melt bubblehash haze.

Check out this great article on making bubblehash!

Jamaican marijuana farmers have planted a lot of imported genetics in the past 25 years, but if you’re lucky you may get primo, landrace Jamaican marijuana- the legendary old school Jamaican Sativa, sometimes called “Lamb’s Bread.”

It’s reddish or golden in color, tight, with long buds that burn easily and will stone you into the next dimension.

Some of this cannabis is almost exactly like old school Colombian Santa Marta, Oaxacan, or Panama Red. In other words, TASTY and strong!

It’s almost all outdoor-grown, although on my most-recent visit I met a Jamaican businessman who had imported Advanced Nutrients fertilizers and hydroponics gear, and had built himself a walled-in, generator-powered bunker where he grew marijuana indoors.

He was growing indoor strains like Jack Herer, Agent Orange, and Dutch Treat that you never see in the regular Jamaican market, selling to tourists and elite businesspeople, charging far more ($150 an ounce) than the street price for outdoor Jamaican weed.

But regular Jamaican outdoor weed is fine too.

Something about the island’s soil, and the burning hot UV-rich sun, create a cannabinoid profile and high that’s more intense, trippy and more couchlock than what you usually get in the American marijuana marketplace.

Be sure to smell and eyeball the ganja closely because many Jamaican marijuana farmers use animal manure to fertilize their crops. Some buds might be contaminated, and this can cause you to get ill.

Along with the usual tourist activities that go with any Caribbean island vacation, a visit to Bob Marley’s Nine Mile birthplace is worth a go.

Be prepared to have almost everyone there offer to sell you ganja, or even to take you on a marijuana plantation tour.

Unless you have a large group of friends with you, are a Bruce Lee martial arts master, or are accompanied by a definitely trustworthy Jamaican male, I would not go into the bush.

If you hook up with a longstanding “ganja tour” company that has a storefront, brochures, a website and trustworthy people, that could be a safe way to see a Jamaica marijuana plantation.

Don’t go into the bush alone, especially if you are female, a male-female couple, a gay or lesbian couple. or just plain weak.

Go in a group.

Don’t go out at night alone, even in the cities, especially if you are female.

Don’t go out at all if you’re obviously gay- Jamaican men are very homophobic.

A fun destination is Rick’s Café, where you can get high as a kite and then leap off cliffs into the sparkling blue waters.

The cliffs are an easy, short drive from Negril, but be careful: cliff diving can be dangerous. Don’t drink lots of alcohol, or mushroom tea, before you cliff dive.

When I go to Jamaica, I always fly to Montego Bay airport, but if you should find yourself in Kingston (a scary big city that has very little to offer tourists), you must go to the Bob Marley Museum, on Hope Road.

Ask them to also direct you to the Bob Marley statue, which is located a short distance from the museum.

Other than that, I have nothing to recommend to you in Kingston, but if you are on that end of the island, check out the Blue Mountains. They’re lovely, and they’re home to sweet coffee and ganja plantations.

Some people will recommend you go to Ochos Rios, but to me it’s a tourist trap overrun by white folks, not anywhere near as much the “real Jamaica” as Negril or Nine Mile.

If what you want to do on vacation is smoke huge amounts of Jamaican marijuana, kick back in the sun, jump off cliffs, get a tan, and chill out, Jamaica is for you, and this article has given you the insider tips you need.

Oh and by the way, don’t even think of trying to bring Jamaican marijuana back with you.

Don’t be mailing it or carrying it. Leave it on the island.

Donate or sell your leftover marijuana to a grateful tourist, or try to get a rebate from the supplier who sold it to you in the first place.

He’ll just sell your ganja leftovers to some other tourist!

What happens on the island stays on the island: you get to bring back a tan, and some priceless ganja memories, but not the marijuana itself!!

What Are the Most Common Marijuana Grow Room Mistakes?
LED Grow Lights Better than HID for Marijuana!