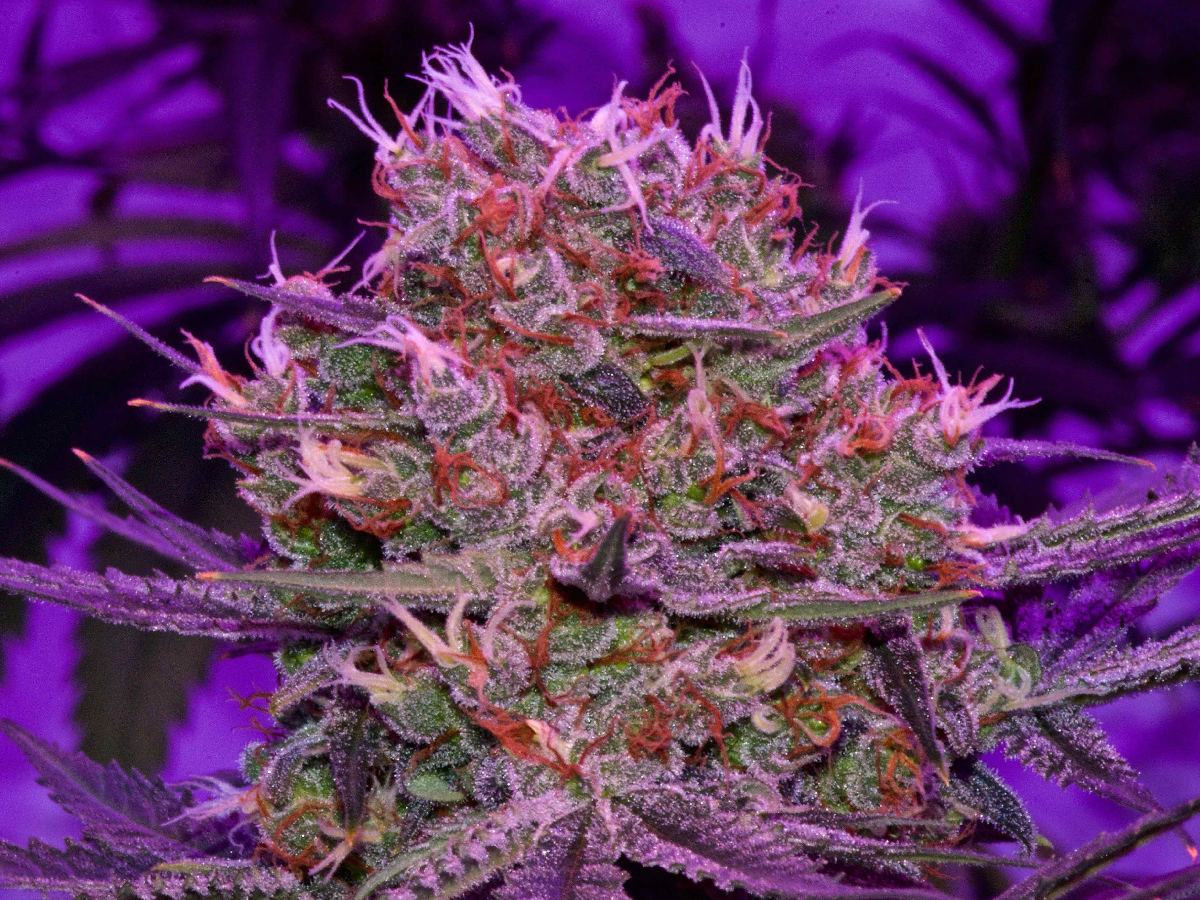 In the heady days of the US cannabis industry during the 1960s and ’70s, most marijuana consumed in North America came from Mexico.

One of the most popular Mexican imports was Oaxacan (pronounced woe-ha-kin) Highland Gold, a pure sativa grown in the highlands of the state of Oaxaca, located in southern Mexico, not far from the border of Guatemala.

Oaxaca is a natural paradise, with the highest levels of biodiversity in Mexico, and several large-scale protected areas that seek to preserve native plants, animals, and geographic and cultural features unique to that environment.

In the glory days of cannabis production in Mexico, some half a century ago, Oaxacan Gold was cultivated by small-scale farmers using landrace genetics that had grown in the region for at least a hundred years, if not longer. It was a premium cannabis variety imported into the USA in the 1960s and ’70s, and ranked alongside Colombian Gold, Panama Red and Jamaican Lamb’s Bread as one of the trippiest premium cannabis imports at the time. You could buy seeded ounces of this plant for $20–30, while bricked kilos averaged $370.

For what it’s worth, nobody is certain if cannabis is evolutionarily native to the region. Many cannabis researchers assume the plant was brought to Mexico by Spanish explorers in the 1500s and during subsequent invasions by European intruders.

The authentic Oaxacan marijuana imported into America decades ago was grown in highland open forests and valleys. Some mountains in the region top 11,000 feet, and numerous interlinked mountain ranges and valleys form impenetrable barriers to motorized access and drug war detection. Most cannabis cultivation in that region was conducted at an elevation of 1000–4000 feet. Indeed, people who consumed Mexican cannabis in the 1960s and ’70s well remember the upbeat, gleeful high and pungent, sweet taste of Oaxacan weed.

The Mexicans who grew Oaxacan Highland Gold weren’t the same people who packaged it and sent it to the United States. Even 50 years ago, the popularity and profitability of Mexican cannabis created the impetus for formation of the earliest drug cartels that gathered cannabis from several regions of Mexico, bricked it, and smuggled it across the border via land, ocean and air.

A landrace strain that’s 100 percent pure isn’t cultivated at all — rather, it grows wild with little to no interference from humans. Oaxacan Highland Gold was cultivated to the extent that it was planted, tended and harvested, but it retained the key feature of a landrace in that it wasn’t bred with genetics from a land far away.

Today in Mexico, marijuana farming in regions such as Oaxaca and Michoacán, famous for heritage cannabis, have been completely taken over by modern, violent drug cartels that plant non-native, non-landrace strains. This often includes hybrid cannabis strains that cross-pollinate and dilute whatever is left of landrace strains such as Highland Gold.

In the cannabis seeds industry, you see a few seed sellers claiming to sell authentic Oaxacan Highland Gold seeds, but I’ve never seen those strains grow out to be authentic. Sadly, those strains are often a mess, morphing into hermaphrodite plants and otherwise not worth buying, germinating or growing.

In its native habitat, an Oaxacan Highland Gold plant experiences tropical weather and equatorial sunlight. This means high humidity, lots of rain, many insects, and about 12 hours of light per day all year round.

The native Oaxacan grows 9–11 feet tall, with long, thin leaves, and relatively thick buds that flower year-round and never truly mature as modern hybrid buds do. Unlike other landrace sativas, its profile isn’t tall, thin and vine-like. Instead, it has a Christmas tree-like shape.

Landrace Oaxacan marijuana doesn’t grow well outdoors when it’s too far north or south of the equator, and it’s a challenge in indoor grow rooms. Still, the strain was procured for breeding purposes by a marijuana seeds breeding group that sometimes releases special strains through TGA Genetics (which is now also being rebranded as The Dank seed company).

Founded by NorCal seed breeder Subcool, TGA Genetics has bred a female Oaxacan Highland Gold with pollen from Space Dude, the male version of Space Queen that itself is a popular breeding strain combining Romulan and C99 genetics. In its complex genetic background, you’ll also find Haze, Skunk and Colombian genetics. It’s this breeding program that resulted in the fruity, flavorful and sativa-dominant Pina Rita. 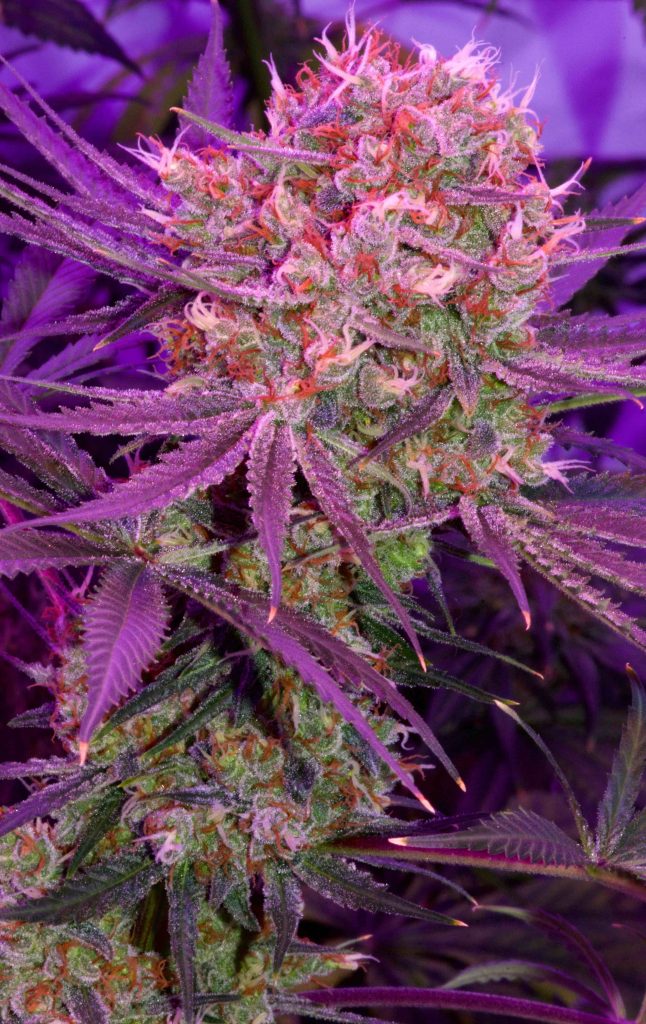 I recently grew Pina Rita and found it to be a delightful, resilient, high-yielding, tasty, enjoyable strain. It displayed phenotype uniformity throughout the seven plants I grew from seed, four of which turned out to be female.

Pina Rita didn’t resemble a sativa landrace at all. Grown from seed, it displayed medium-thin leaves rather than the ultra-thin foliage you’d expect from a sativa. I topped the plants at four weeks into grow phase, and started bloom phase at five weeks when the plants were 25 inches tall, measured from the soil line.

By the end of bloom phase, the plants were 50–57 inches tall, and there were two main colas on each plant, with a Christmas tree-like branching profile beneath them. The colas were thicker and denser than I expected from a sativa-leaning strain, with colas as dense and as resinous as indica strains I was growing at the same time.

I applied Bud Ignitor as soon as bloom phase started, and saw early flowering within a week, with peak bloom buds three weeks after bloom phase began. During peak bloom, whenever the hydroponics nutrients irrigation kicked in to feed Nirvana, Bud Candy and Big Bud to the Pina Rita flowers, the terpenoid scents of cherries, apples, cotton candy and sandalwood filled my grow op.

Those deliciously scented buds were also beautiful to look at, with orange and pink hairs, and resin glands forming even on the largest fan leaves.

I appreciated the vitality and easy-growing vigor of Pina Rita, which handled like a champ my 1100–1300 parts per million bloom-phase synthorganic feed program, utilizing pH Perfect Connoisseur hydroponics base nutrients as the foundation of the program from start to finish.

Based on monitoring of resin glands, as well as the 60–70-day bloom-phase duration estimate provided by the seed breeder, I harvested all plants at 63 days. When the buds were dried and cured, I eagerly sampled the Pina Rita and was rewarded with a creeping, strong, uplifting high that had euphoric elements of sativa without its edgy paranoiac elements, along with a pain-relieving body high. Average yield per plant was 109 grams.

I can always rely on Subcool to screen new cannabis strains and make sure that only the best ones are offered by Subcool’s The Dank seed company. The next time I grow Pina Rita, I’m looking for phenotypes that lean heavily toward the Oaxacan Highland Gold genetics so I can make at least one mother plant from that phenotype.

My ultimate goal is to backcross Pina Rita and breed this strain to create phenotypes that express only those legendary landrace Oaxacan genetics from the fabled southern Mexico of 50 years ago. I look at it as a smoke back in time.

Can Cannabis Enhance The Neurological Condition Synesthesia To Make You More Creative?
Arrested Development: How To Hire Those Formerly Convicted & Confined For Cannabis