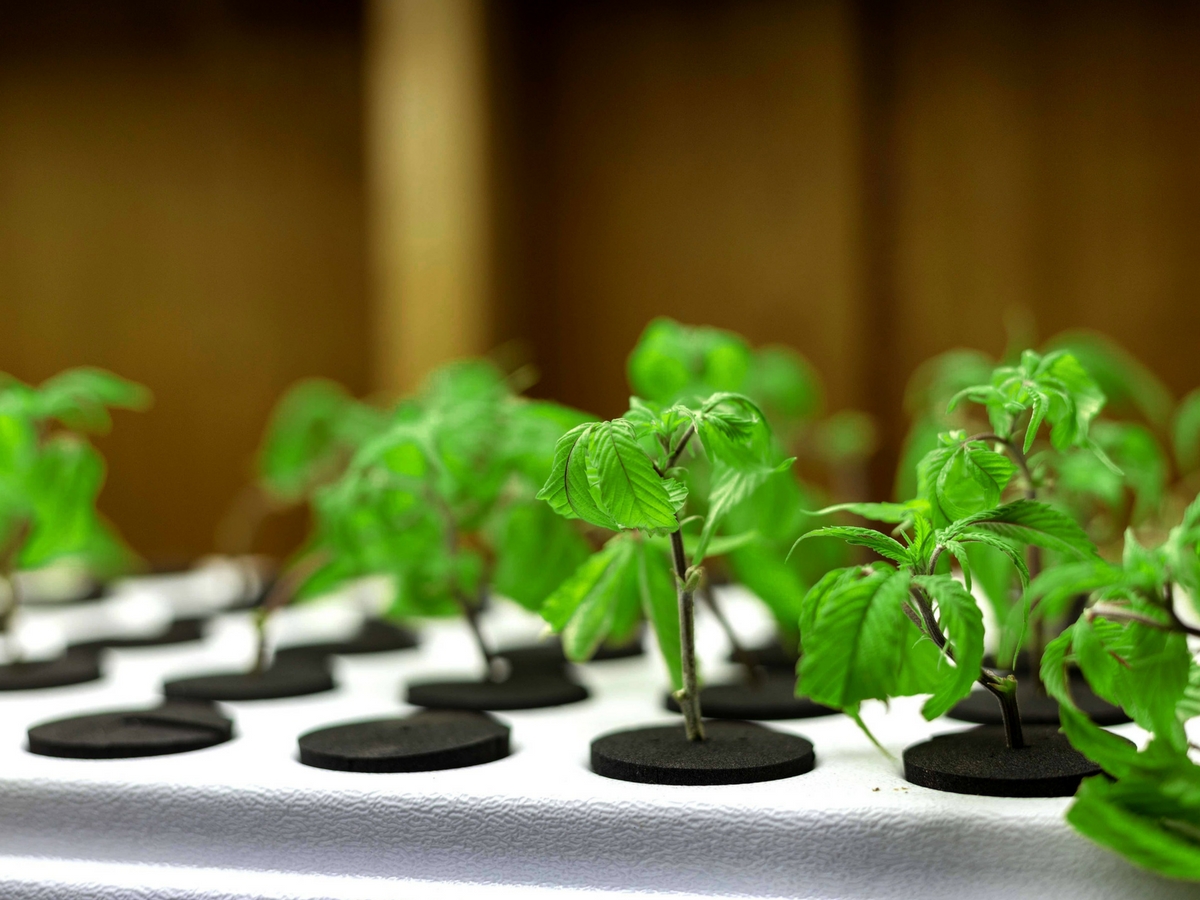 When you’ve been in the game for as long as I have, you repeatedly hear cannabis growers asking the same familiar question: Is it better to grow marijuana from clones or from seeds? Some growers insist on clones, while others stand behind seeds. If you want the most from your grow op, the real answer is both. Here’s why…

The Case For Cannabis Clones

Growing cannabis from clones offers several distinct advantages that growing from seeds does not.

Perhaps the most important advantage is that the grower is guaranteed all-female plants that grow out to be almost exactly like the desired mother plant(s) they’re cut from.

Even growing from the highest quality feminized cannabis seeds, you won’t get anywhere near this level of genetic and gender predictability. In fact, about 10–20 percent of the feminized marijuana seeds I’ve grown have ended up being male or hermaphrodite.

And that’s not the worst of it. Many seeds sourced from inferior breeders and sellers grow out with such wide phenotype variation that you don’t get the strain, outcome and yield you thought you were purchasing in the first place. It’s best to first school yourself on legitimate seed breeders and seed sellers so as to avoid those problems.

Clones Save You Time

Then there’s the problem of risking your precious time should you use non-feminized cannabis seeds. For example, if you start 20 of them that all germinate, you then must invest water, hydroponics nutrients, root-zone media and root space, and lighting for 20 plants in grow phase, only to find out in late grow or early bloom phase that approximately 10 are males that have to be removed and most likely destroyed.

Clones are essential in the commercial growing industry operating under state regulations when standardization, economies of scale, and industrial realities inherent to commercial agriculture production all factor into your success. Clones are the only way to ensure standardized sets of plants and the fastest turnaround for each crop cycle.

Another big advantage clones offer is they can be flipped into flowering much sooner than plants grown from seed. If you start your season clock from the time you take cuttings until the time you harvest, a clone can save you 1–3 weeks each season. This means you grow more seasons per year, more buds, more profits.

Marijuana clones’ time-saving features are further compounded when you use the sea of green (SOG) technique of growing. Place rooted clones into a SOG grow op, give them a week or two to build structure, then flip to bloom phase. In that scenario, you can harvest photoperiod plants with a 9­–11-week total crop time — almost as fast as an autoflowering season.

Another advantage of cloning is when you fall in love with one particular female plant and want to keep that plant’s outcome and phenotype for a long time. Creating a mother plant and cloning from it gives you that option.

The Case For Cannabis Seeds

There’s A Lot You Must Learn Before Seed Breeding

Cannabis cloning is both an art and a science. No matter how much you study it before you try it yourself, the first few times you’re likely to experience failures and a steep learning curve. Your aim should be that for every 25 cuttings, at least 90 percent will root and grow to be healthy plants.

In contrast, when you place viable, fresh, high-quality seeds in correct germination conditions, all of them should sprout and grow.

You can’t breed seeds unless you grow non-feminized photoperiod seeds, choose males for pollinating females, and create your own unique strain. It sounds tricky and time consuming, but the joys and opportunities of taking pollen from a male plant with desirable traits and crossing it to a valued female plant are not to be discounted or sniffed at.

The only way to create strains that have the exact high, medicinal value, scent, taste, and growing characteristics you desire is by using the particular male and female plants to breed strains that check all your boxes.

Seeds Are Easy To Come By And Easy To Store

Seeds are easier to purchase than clones, and they can be stored for years before you decide to grow them. Unless you live in a legalized state, or are willing to run the monetary and legal risk of importing clones from a legal state, healthy cannabis clones are difficult to come by.

In contrast, you can order premium seeds from legitimate seed resellers, and those seeds will show up viable and ready for germination or storage. The same can’t be said for most clone purchases.

Another problem with buying clones or getting them from someone else for free is that they are perfect vectors for spider mites, powdery mildew, broad mites, thrips, aphids and the tobacco mosaic virus.

Genetic Diversity In Cannabis Is Important

The final two points I want to make deal with the vigor of plants grown from seed versus clone, and the genetic survival of cannabis as a species.

Secondly, the survival of any plant species depends on mixing genetics so the species isn’t a monocrop susceptible to diseases or pests due to lack of genetic diversity. If the majority of marijuana growers relied on cloning, the genetic diversity of cannabis would significantly decline, and the result would be monocrop cultivars that are less able to survive.

This is exactly what happened with bananas, which were turned into a cloned monocrop, lost their genetic resistance to a particularly dangerous fungi, and almost died off completely. Imagine a world without bananas!

Only a banana breeding program that expanded banana genetics to include fungi resistance saved the tropical berry (and it is a berry), at least temporarily. More banana extinction scares are on the horizon, unfortunately, because the industry still relies too heavily on monocropping.

Mastering the skills of cloning cannabis, maintaining mother plants, and growing from seed are essential facets of being a full-service professional grower. It’s not a matter of whether you grow from seed or from clone. It’s using both seeds and clones when appropriate to experience the best that each propagation method offers.

From Casinos To Cannabis: When It Comes To Las Vegas Weed, Here’s What’s Trending
Cannabis May Borrow More Than You Realize From Craft Beer & The Home Brew Movement