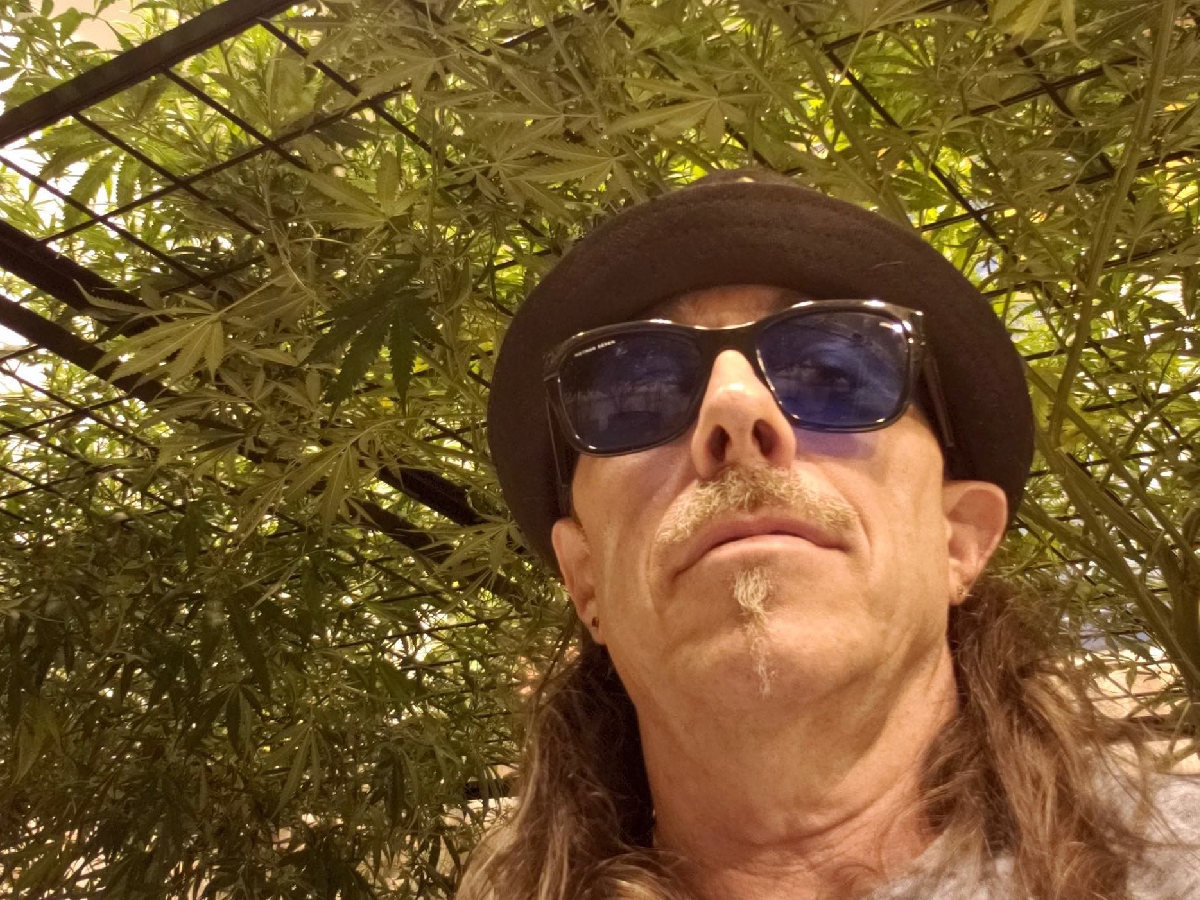 In October 2017, deadly wildfires decimated California. Cannabis seed breeder and cultivator Subcool barely escaped with his life when flames ripped through his Northern California home, destroying everything, including his outdoor garden brimming with flowering cannabis plants, some as big as 10 feet tall.

The fire also destroyed Subcool’s collection of rare male and female plants, plus thousands of seeds. Many growers feared that their favorite Subcool strains were lost forever.

Even before the fires, Subcool was having a terrible year. He has long suffered from a genetic form of emphysema called chronic obstructive pulmonary disease (COPD), which is almost always incurable, makes breathing very difficult, and can be fatal.

In the smoky days before the flames burnt his home and grow op to a crisp, Subcool was “drowning in his own lungs.” Breathing became something he had to work at, rather than something his body did automatically.

At the same time, as health problems and the fire devastated him, he experienced further personal and business-related betrayals that broke his heart and cost him a fortune.

“It was the year from hell,” Subcool laments.

Growing Cannabis In The Subpool

And yet, less than a year after the fires, Subcool is now living in Arizona and surrounded by a diverse network of friends and associates who provide him with support, companionship, medical care and business assistance.

Moving from the devastation of Northern California to a house in Arizona, Subcool drained its swimming pool, turning the empty pit into a trellised cannabis garden. He calls this garden the “Subpool,” and donates its buds to needy medical marijuana patients who can’t afford their own cannabis.

The lush Subpool garden is just one of many new cannabis ventures Subcool feels blessed about, especially seeing as he spent the last few years in California wasting tens of thousands of dollars trying to comply with protocols put in place by Proposition 64 and its legislation.

No matter how much money he spent on cannabis compliance attorneys and grow-site upgrades, Subcool says there was always some new hurdle to contend with.

Having made the move to Arizona a permanent one, Subcool rejoices that the state’s medical marijuana laws and regulations are far more workable than those of California. Indeed, Arizona’s medical marijuana laws were narrowly approved by voters in 2010 and had relatively straightforward implementing rules — at least, compared to California’s rules.

Current Arizona medical marijuana laws closely resemble California’s Proposition 215, the landmark law that created a burgeoning, barely regulated black-market industry from the time it was passed as the Compassionate Use Act of 1996 until recently, when licensed dispensaries opened and wholesale cannabis prices began to plummet.

In Arizona, qualified medical marijuana patients and designated caregivers are allowed to cultivate up to 12 plants of their own if they don’t have a dispensary within 25 miles of their homes. Dispensaries are required to be “nonprofit” entities, and are allowed large-scale cannabis cultivation, plus retail sale of whole cannabis, edibles and various extracts.

Subcool is now working with a team of scientists, investors, patients, growers and dispensary owners to expand the scope of his cannabis businesses. He’s created Subcool.com, a new website to take over from his TGA Genetics legacy site, which offers grower education training, as well as descriptions of his marijuana strains and new types of weed products.

Making a new website was Subcool’s choice, but other “choices” were not his own. Famous for his The Weed Nerd YouTube channel, with around 325 episodes posted, Subcool is now worried over the video-sharing site’s recent purging of cannabis-related channels.

On his YouTube channel, Subcool has been known to share music, grow-room footage, cultivation and breeding advice, clips of outdoor grow ops, and road trips to cannabis events.

The clips focus mostly on insider wisdom for growing, breeding and consuming cannabis, but The Weed Nerd can also be poignant and personal when Subcool opens up about COPD and the endless risks growers are subject to.

Currently, he’s working on alternative avenues to get The Weed Nerd clips to his audience.

“I’ll keep making Weed Nerd no matter what internet censors do,” Subcool insists. “I’ll host the videos on my own website or find other ways to share the plants and the news like we always do. The kind words, inspiration and ideas I get from weed nerds keep me alive as much as cannabis does.”

Subcool is also working on old-school media in the form of a follow-up to his Dank book series, which features vivid cannabis photos, along with his fascinating descriptions of how he breeds and grows specific strains. 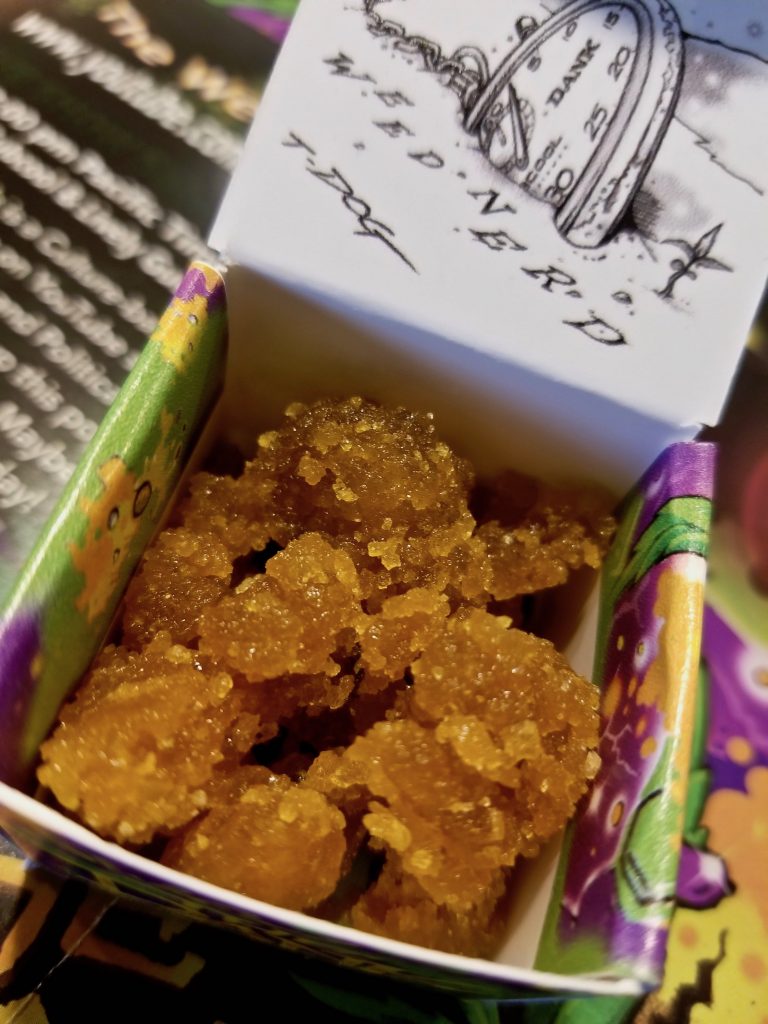 Aside from making the new website, recruiting a solid crew of new friends and business partners, and relocating to arid Arizona so his COPD lungs find relief in the dry air, Subcool created a brand of cannabis products he markets in licensed dispensaries as Subcool’s The Dank.

“On The Weed Nerd shows, we featured terp sauce, rosin, live resin [and] bubble hash,” Subcool says. “The taste and high you get from these extracts is a new way of experiencing marijuana. Our audience wants these concentrates, which are made with special laboratory equipment, so we decided to make the best extracts and market them.”

Subcool will soon offer vape pens and pressed bubble hash as part of his repertoire, which will all be made from clean buds and safe processes, and certified by the most thorough third-party testing available.

Growers who rely on Subcool seeds will be glad to know he rejuvenated his seed program to recover some of his most popular legacy strains, while also creating potent, delicious new strains.

One facet of his seed breeding and selection process is the use of civilian testers, with Subcool evaluating the quality of candidate strains by sending tester seed packs to hundreds of skilled growers worldwide.

Growers who want to test candidate strains must first fill out an online form, proving to Subcool they’re professional cultivators who’ll give detailed feedback on how a test strain performs.

These details include phenotype characteristics such as growth rate, bloom-phase stretch, nutrients management, harvest weight, scent and taste, and of course, potency and high.

After Subcool receives the strain reports from these testers, he compares the metrics to that of his own cultivation experiences and the experiences of his partner breeders.

Only if the strain offers something truly phenomenal and different to the current range on his menu will he officially release the new and tested strain.

“The worst thing a seed breeder can do to growers is sell inferior seeds,” Subcool says. “It’s more than a breach of contract. Medical growers rely on their seeds to grow into strains that provide relief for their specific illness. When seeds don’t grow out to be what the breeder promises, it leads to extra pain and illness for medical [consumers].”

Since the losses brought about by the California wildfires, Subcool expanded his network of seed breeders and developers of rare clones to create several new strains, including Queen Anne’s Revenge, Cherry Cordial, Sangeria and Scarlet Queen.

He’s testing 60 new strains, and expects at least 5–10 of them will be cannabis champions worthy of release under the Subcool brand.

“There are thousands of people making and selling marijuana seeds, but growers tell me most of those seeds aren’t giving them what they want, or have quality problems such as failure to germinate, or feminized seeds that turn out to be dual sex, or male,” Subcool explains. “I go to great lengths to find the rarest cuts and breed them with rare male plants. There’s no use making mediocre hybrids. I want to keep hearing from growers that they love my strains.” 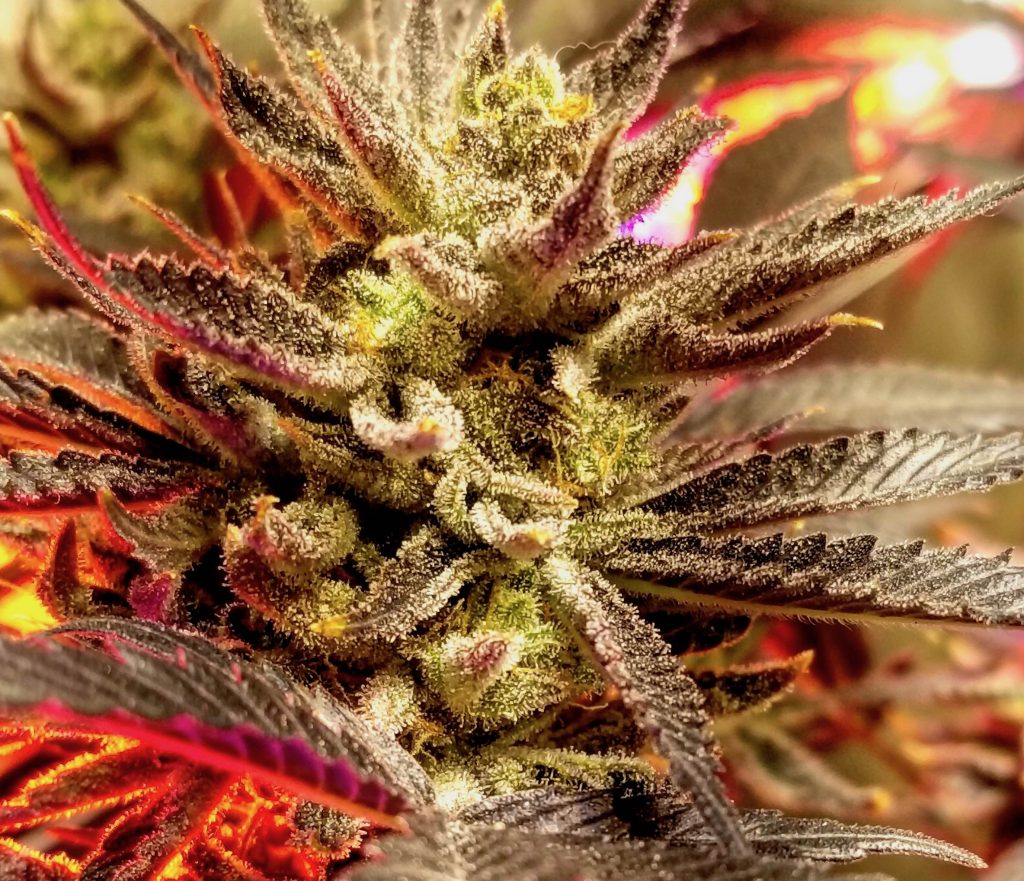 Surfing The Wave Of Change In The Cannabis Industry

Subcool is greatly concerned by what legalization has done to small-scale, home-based growers and dispensaries.

“The home grower created the marijuana industry. Now they’re seeing corporate interests take over, and legalization blocks or limits their growing,” he says.

Based on his frustrating attempt to comply with California’s regulatory Prop. 64, Subcool predicts cataclysmic shifts in the cannabis growing and selling industries that will ultimately limit our cannabis freedom.

“Things are changing fast, not always for the good,” he says. “The volatility in the marijuana and hydroponics industries is worrisome. There could come a time when most people buy weed at the local drug store or even Walmart. Many growers will decide it’s easier to buy retail weed than grow it themselves. It’s already happening in states with legal dispensaries.”

These industry changes have altered his breeding and marketing strategies.

In the past, Subcool explains, his breeding programs focused on developing strains with novel tastes, scents and cannabinoid-terpenoid profiles, along with ease of growing, genetic reliability and heavy yields.

This focus is none more evident than with his Deadlights and Pennywise high-CBD strains, which have long been his most popular crops.

Cannabis Is A Good Reason To Live

Subcool says his virulent opposition to cannabis prohibition fuels his will to keep living, despite the devastating wildfire, personal betrayals and health setbacks he’s endured.

“I got busted for marijuana in the 1970s and saw the corruption and brutality in the police forces, courts and prison systems,” he explains. “I vowed to fight back. My goal is to help the world grow so much weed that prohibition collapses. That’s why I breed and sell marijuana seeds.”

There remains in Subcool’s heart a special place for military veterans, and true to form he’s donated significant amounts of money plus cannabis to help veterans who are suffering or injured.

“They suffer without marijuana medicine or get busted for attempting to grow their own medicine. When you sacrifice for your country and come back home to find yourself attacked by police and the VA for growing your own medicine, it’s unacceptable,” he says.

When talking to Subcool for the purpose of this story, I noticed he was having difficulty breathing. Several times during our discussion, we had to take breaks because he felt he was going to pass out from lack of oxygen.

I asked if he’d made peace with the realities of COPD and its infringement on his life.

“Everything but my life was taken from me last year,” he explains. “Now, I’m in Arizona with really good people around me, creating incredible new strains and concentrates, finding joy in life. The best thing that ever happened was when the California home burnt to the ground, because it forced me to start over and create a way better life.”