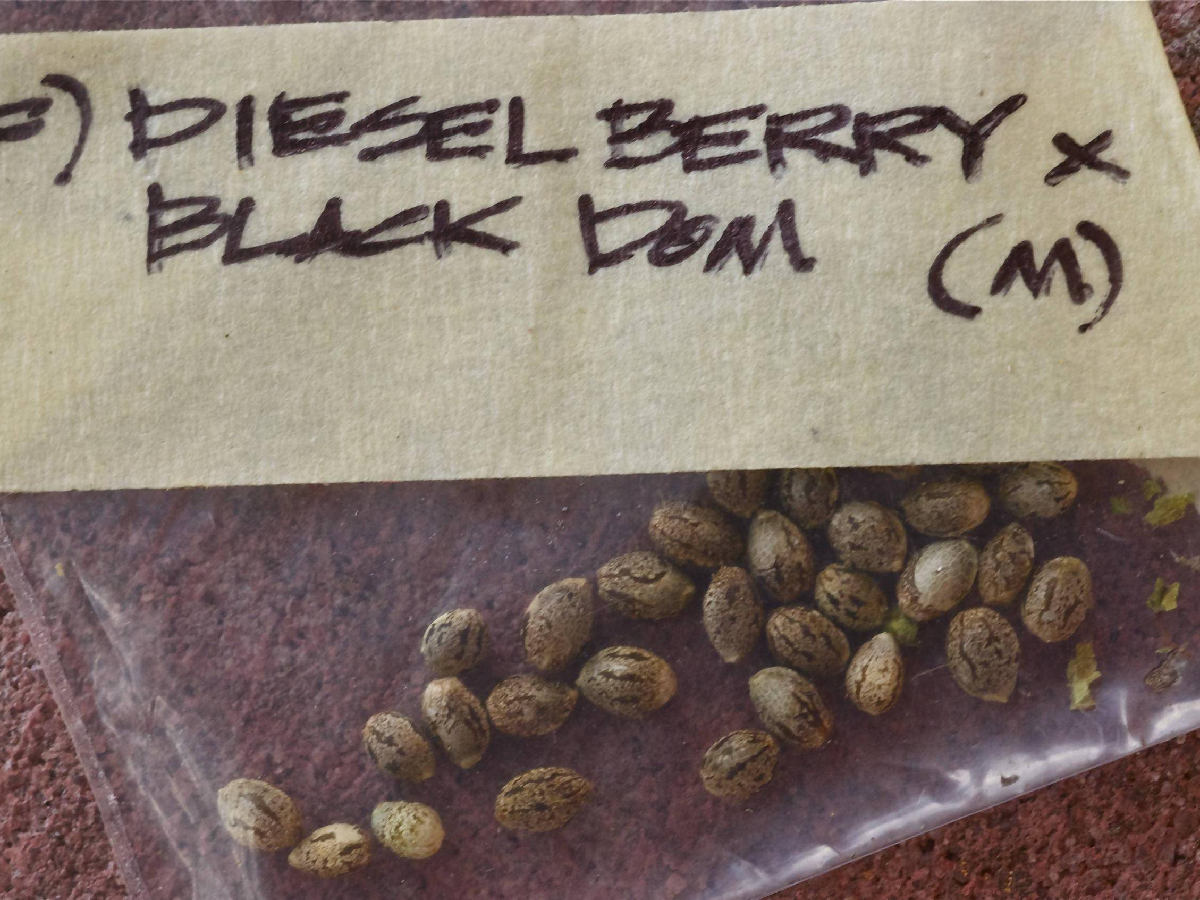 The marijuana seed industry only has a few good people in it. © Copyright, John Foster, 2015
By John Foster | Published: September 22, 2015

Germinating marijuana seeds instead of relying only on clones is a must for every serious marijuana grower.

But how do you know you’re getting good marijuana seeds?

We recently talked to a major marijuana seed producer and strain creator who’s based in the United States.

He didn’t want to be identified, and when you see what he says about the marijuana seeds industry, you’ll see why…

“The worst thing is, the majority of marijuana seeds you buy aren’t the strain the advertisement claims,” he said. “Many producers have weak seeds and throw the most popular cannabis strain names on them.”

“If the cannabis seeds germinate, that’s all they care about. They’re not doing continual testing to see how the seeds grow out, and what the bud quality is. Even when the seeds produce shitty plants and buds, they keep selling them,” he said.

The seed producer told us that he monitors his own seeds and strains constantly, and puts customer satisfaction over profits in all cases.

“We had two strains everyone was raving about. We could sell as many of those seeds as we produced. But I didn’t like the quality. Too many phenotypes. Not enough reliability. I threw away 5,500 seeds and deleted those strains from my product list,” he explained.

Legitimate marijuana seeds producers and strain creators are especially angry about people who take their trademark and/or best-selling strains, germinate them, make “knockoff” seeds, then sell the knockoffs with names very similar to what the original strain name is.

Some of the anger is the same as it would be when anyone creates a brand name product and sees it ripped off by someone else.

“A marijuana strain producer might spend years working to get a strain just right,” our source told us. “So when someone takes that strain, grows out a male, creates new seeds and sells them with a different strain name, we consider it theft of intellectual property.”

It’s more than just a businessperson getting ripped off, the marijuana seeds producer told us.

It’s that the knockoff cannabis seeds don’t grow out true to the original cannabis strain.

Other problems are that you might get hermies. Or you get feminized marijuana seeds that produce males.

Or non-feminized seeds that produce a high ratio of males, split seeds, and non-viable seeds.

Their refund and replacement policies are sometimes dishonest and self-serving.

Based on insider information from our growing team that grows marijuana in various locations in Canada, Europe, and the USA, we recommend the following marijuana seeds and strains creators:

Contact the marijuana seeds producers first and see how honest and friendly they are in response to your questions and comments.

Look at grower forums like grasscity and ICMag to see grow reports and other commentary about marijuana seeds producers and re-sellers.

Threads that show photo documentation of a marijuana strain from seed germination to harvest are especially useful.

Also take a look at the public media presence of marijuana strain creators (if they have one).

Not just their website, but participation in online marijuana forums and other media.

For example, one reason we love TGAGenetics so much is the head guy there (Subcool) makes the Weed Nerd video series on YouTube.

And he gives you professional cannabis growing advice, all for free.

That level of transparency and informational generosity is missing from most other people who make and sell marijuana seeds.

We asked for information about their genetics and breeding techniques, and for sample seeds.

They gave us bullshit excuses and vague answers.

None of them would send us seeds to see if they grew out true and strong.

That’s one reason you don’t see them on our list of approved marijuana seeds producers.

I suggest you buy a limited number of marijuana seeds representing strains you most want from some or all of the recommended cannabis seeds producers we have in this article.

Grow those cannabis seeds and compare them to what the marijuana seeds producer says they’re supposed to be.

Share the buds with your grow buddies and see if they love those buds or not.

Keep track of germination rate and how well the cannabis plants grow.

It might take 2-3 seasons of growing before you find out the full quality of the marijuana seeds you purchased.

You’ll find absolutely amazing killer strains if you follow the advice in this marijuana seeds article.

Also read this other article about procuring good marijuana seeds and not getting ripped off by seed makers or seed sellers.