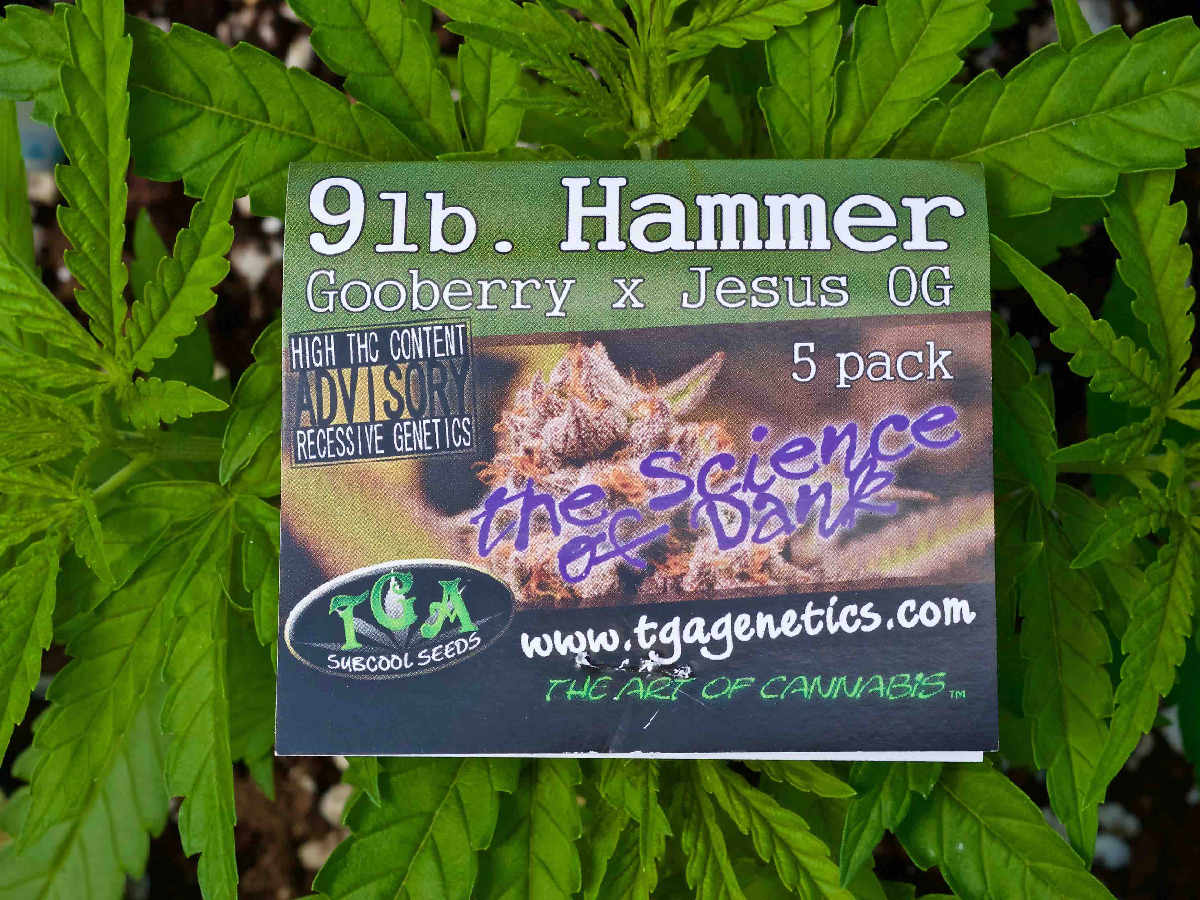 Marijuana seed breeding is fun and can be very profitable if you do it right.

I was surprised to find online the entire text of Greg Green’s “The Cannabis Breeder’s Bible” and the other major seed breeding book—Robert Connell Clarke’s “Marijuana Botany.”

Read together, these two books tell you all you need to know about marijuana seed breeding, even though they were written many years ago.

Here are highlights I found most useful…

Types of Marijuana Seeds That Sell the Best

There are several types of cannabis seeds that command the highest prices and sell the fastest.

I don’t mean specific strains, I mean categories of strains:

Create a Description of The Ideal Cannabis You Want to Breed

Most growers planning for breeding make a list of characteristics and qualities they’re looking for.

The most popular list is about flowering and potency.

Many growers get into marijuana seed breeding because they want faster-maturing strains that produce massive flowers loaded with resins.

They take existing strains they like a lot, and breed those strains with ones that finish faster or have larger bud development.

Another marijuana breeder might want to breed a skunky or diesel strain except he or she doesn’t want the strong smell associated with those strains because the breeder lives where marijuana odor creates security risks.

So the breeder puts his nose to the plants starting when they’re still seedlings, and keeps track of the individual plants that have the least scent and/or in which the scent develops early or late.

In marijuana seed breeding as in life, you have to know exactly where you want to go before you start trying to get there.

Of all the challenges facing marijuana breeders, selecting male plants for pollen is among the hardest.

The obvious problem is you can’t judge the potency of male plants because they don’t make buds.

If you have several non-feminized, stable seeds that are supposed to be from one strain, you can grow out the males and females and measure the females’ potency and other floral characteristics to get an idea how good the males are.

Male plants can also be evaluated by how soon they flower, whether they’re tall or short and bushy, the level of smell, and their overall vigor.

Then they grow out the seeds from that breeding event, and evaluate the buds.

That’s one way to know how good the original males were.

However in most cases the seeds you get will at best be hybrids.

They won’t all grow out to resemble either of their parents.

There will sometimes be wide variation in phenotype expression, which also reflects genetic differences.

The long-term marijuana breeding work comes in creating inbred lines that have true genetics so seeds from that line will produce nearly-identical plants that are almost as identical as clones from the same motherplant.

It will take you at least four marijuana seed breeding crop cycles, if not more, before you can accurately say you’ve produced reliable cannabis seeds that will grow true.

With premium seeds selling for as much as $10-15 each, the entrepreneurial advice is welcome.

But even if you don’t intend to sell seeds, marijuana breeding is a very interesting and rewarding activity.

The main benefit (other than the money you could make) is that marijuana breeding gives you a way to create cannabis that looks, smells, tastes, and gets you high exactly the way you like!