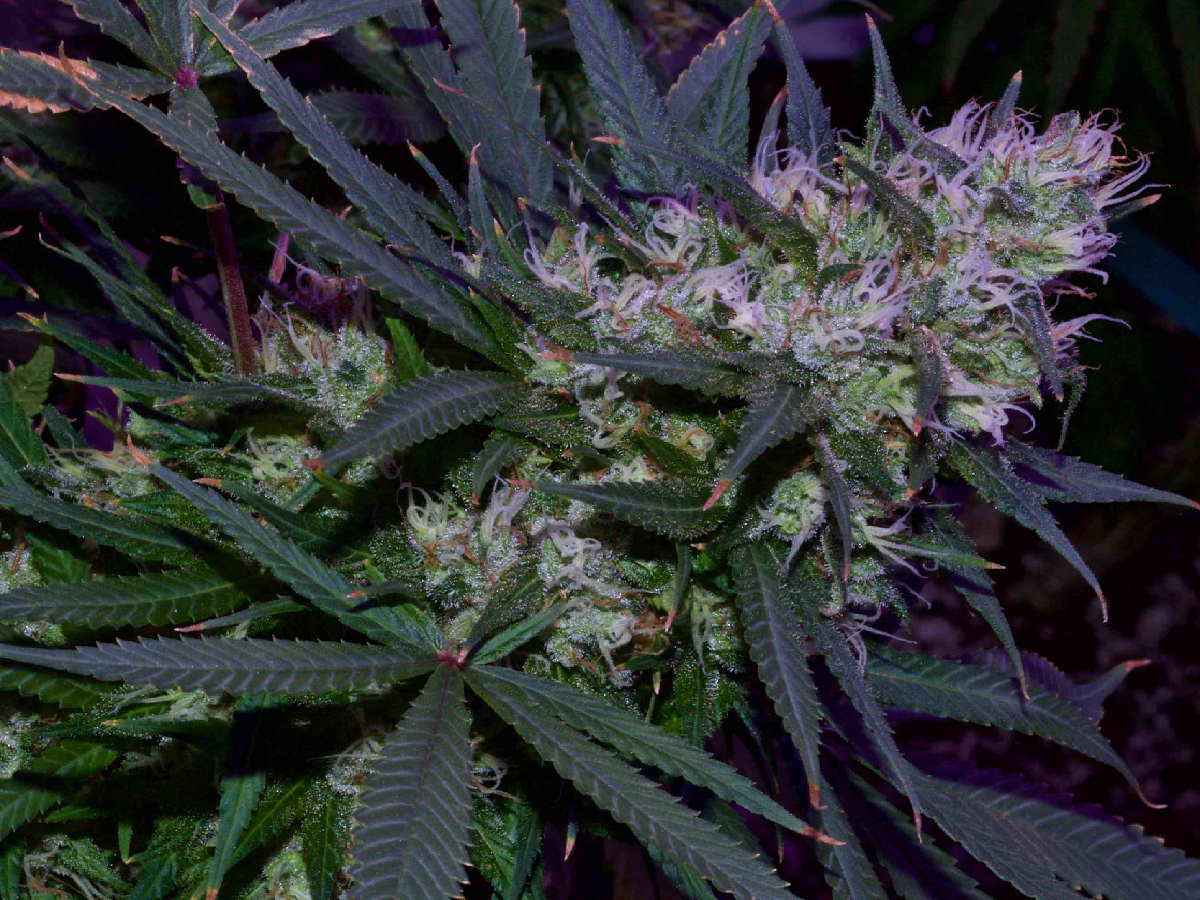 Does this crystally bud have marijuana safety problems, or is it clean?© Copyright, Chris Ulmarton, 2016
By Chris Ulmarton | Published: November 1, 2016

Hydroponics nutrients pioneer Michael Straumietis wants you to be sure about marijuana safety.

“Marijuana legalization has led to lab testing of cannabis products,” Straumietis warns, “and the results are scary.”

The testing revealed that a significant percentage of commercial and homegrown marijuana is contaminated with pesticides, harmful plant growth regulators, and other sketchy substances.

“No wonder the Oregon government issued a health alert for tainted cannabis,” Straumietis says. “The buds they tested had way more Spinosad pesticide on them than is safe for human consumption.”

“Air pollution, pet hair, cigarette smoke, molds, mildews and other contaminants get onto your plants,” he said. “On top of that, growers feed bad things to their plants, things that stay in the plants.”

He recommends a running a “sealed grow room” that filters and blocks pests, diseases, and airborne toxins.

“But that’s not going to do any good if growers use Avid, Eagle 20, and other poisons on their crops, especially in bloom phase,” he explains.

“You look at contaminated buds under a high-powered microscope and it shows you what you’ve been inhaling,” he says.

Marijuana safety is also threatened by use of systemic poisons, chemical plant growth regulators, and the wrong brands of bloom boosters, he says.

“Most bloom boosters use way too much phosphorus, and the wrong kinds of phosphorus. Phosphorus is radioactive. If your plants get an excessive dose of phosphorus, it stores in plant tissues, and negatively affects your health,” Straumietis explains. “It also makes your buds harsh and hard to light.”

He says growers have to be “very cautious and conservative” when it comes to using any type of poison—even if it’s derived from natural sources like pyrethrum.

You especially don’t want to foliar spray anything other than pure water on your marijuana plants after flowers have set, he says.

Straumietis notes that marijuana safety contamination is rampant in a majority of marijuana flowers and even some medibles and concentrates from medical marijuana and recreational marijuana dispensaries.

“Just because a marijuana dispensary is licensed, don’t assume their products are clean and safe,” Straumietis advises. “Growing your own marijuana is the only way to assure marijuana safety and know what’s in and on your buds.”