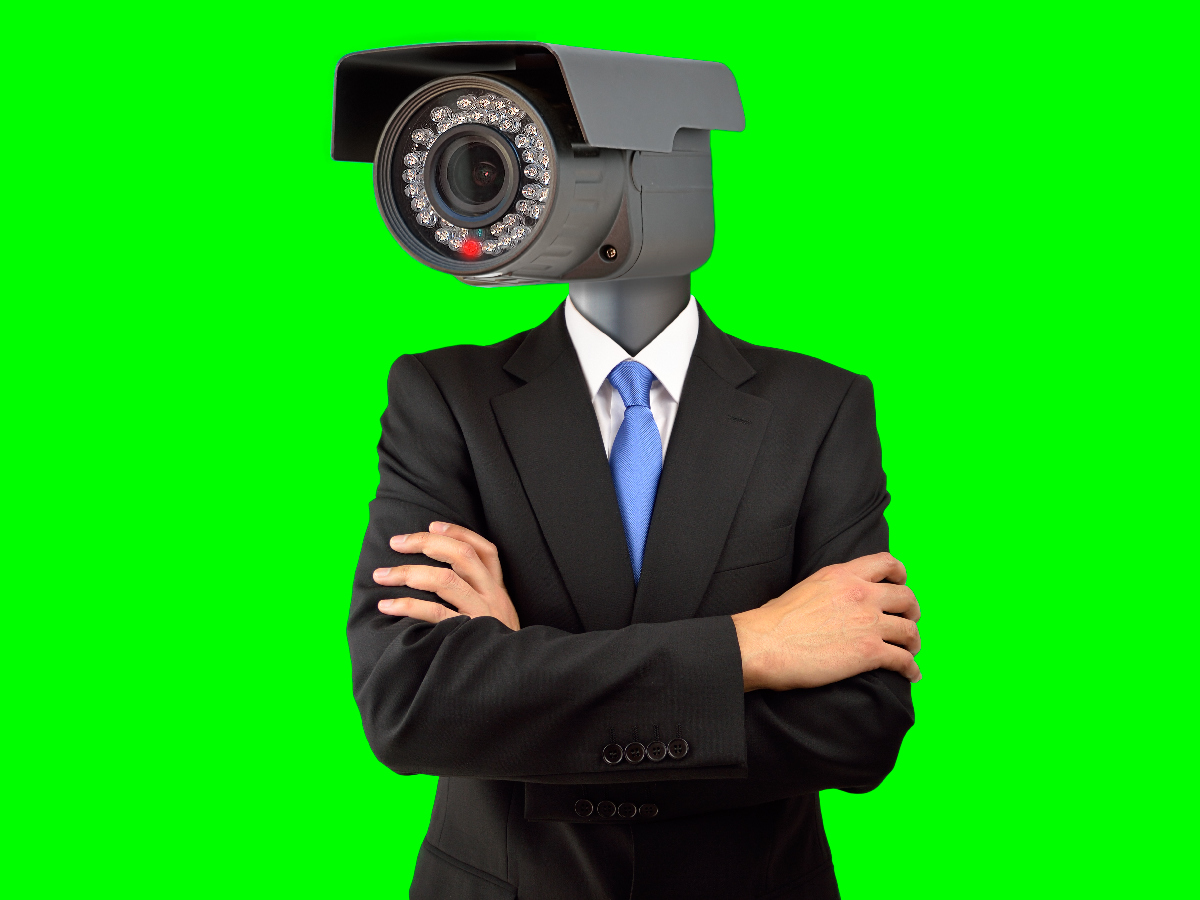 Is marijuana making you paranoid, or is it your internal alarm trying to tell you something important?
By Daniel Dharma | Published: November 27, 2017

Marijuana paranoia. It’s a touchy subject, but one that many growers are likely to deal with.

Most of us will admit that some strains of cannabis tend to make us paranoid. But we’re also quick to add that hostile or unfamiliar situations, along with prior states of mind or emotional upset, can contribute to whether cannabis foments paranoid thoughts.

Let’s not forget that there are valid arguments on how to define “paranoid” and “paranoia.”

The paradox is that what one person views as beneficial, enhanced awareness alerting you to potential danger is what another person might describe as a ridiculously distorted, fear-dominated view of a harmless situation.

Seeing danger where there is absolutely none is a form of paranoia. Psychiatrists have formal definitions of paranoia and of a paranoid person. These definitions involve completely unfounded, sometimes psychotic and dangerous beliefs that people or entities are out to get you, to harm you.

Paranoia is very personal, and its accompanying fight or flight response is etched deep in our biology, as it is in all animals. Your brain and subconscious mind are programmed by nature to watch for and defeat threats.

The undeniable reality is that when you’re a cannabis grower, or even if you just use marijuana and carry it around with you, you have something to be legitimately paranoid about.

Are people really out to get you? If you’re growing cannabis, the answer is yes. It’s called the war on drugs. If you grow weed, especially in a state where it’s illegal, you’d be crazy not to be hypervigilant.

Check out the below YouTube video about cannabis paranoia, courtesy of PsychedSubstance.

Making Paranoia Work For You

In my experience, there are different ways cannabis paranoia expresses itself, and some can be adaptive and helpful.

Marijuana paranoia helps you see a deeper reality beyond one’s normal, shallow understanding. It can be scary to abruptly perceive reality in new ways. There can be a psychological cost to acquiring new insight too quickly. It could lead to an earthshaking revelation about impending doom.

The last time I experienced a disconcerting marijuana paranoia attack, I decided to embrace rather than resist the feeling. I took deep breaths and forced myself to calmly listen to what my mind was saying as it raced along its worried path.

To my great surprise, I discovered the paranoia was giving me accurate, unsettling insights about my environment, people in my life, opportunities and challenges.

I recall several majorly memorable times when I got high, had an immediate paranoiac epiphany, realizing I had made or was about to make a terrible error, and the paranoia compelled me to change course in a way that helped me avoid previously unforeseen disaster.

Take for example the autumn I had a sizable outdoor cannabis crop nearing harvest time. I couldn’t use the harvest crew that usually helped me with cutting the plants down, stripping them, bringing them to the finishing area, manicuring them, and then leaving me buds that were ready to be custom dried and cured, because the foreman of the crew got arrested, and my policy is I won’t work with someone who has been arrested.

I confided in a very good friend about needing a harvest crew for my crop. He said his girlfriend’s brother was known to be a professional bud trimmer and harvest helper.

I arranged to meet the girlfriend’s brother, a 27-year-old named Nick, in a public place. He showed up and we got along fine during our lengthy chat. I told him my policy that the crew has to be background checked before I move forward, and that I’d rather go without having a trim crew and do it all myself than hire people I didn’t fully trust.

Nick promised to prepare a dossier on his crew as part of his quote for the cost of recruiting and supervising.

I advised him, “Before you do the dossier, I need you to prove to me that, No. 1, you aren’t a nark, and No. 2, you’re not a ripper.” I told him I needed to see his criminal record and a financial background check, and to get at least one reference showing he was a person of good character.

He said he had those references and would also provide a background check showing he’d never been busted or in financial strife.

This first meeting took place about 8–13 days before harvest. If I hired a crew, they’d be helping me bring in 35–50 pounds (dry weight) of sticky, clean, baseball-bat-sized outdoor buds.

Nick called two days later, telling me he had the documents I’d requested, so we met again. When I looked over his paperwork, it showed he’d been busted for cannabis cultivation less than two years prior. Knowing how things work in my neck of the woods, he could have been a snitch setting me up to get busted so the cops and district attorney would wipe the bust off his rap sheet.

I said, “Hey, Nick, excuse me, but you said you had a clean record, so I’m confused about why it says right here ‘cultivation, felony.’ I made it clear to you that I don’t hire someone with a past bust. We’re done.”

When we parted, I felt no tension between us, and it was understood we’d never communicate again.

On my drive home I stopped at a park and got high. I got back on the road and thought I heard a police siren, so started to pull over to face the badged meanie — but nobody was there. There was no siren at all. There was only one other car on the road and it was some ways back.

My heart was racing and I was driving 15 miles under the speed limit. Then I flashed back to this recurring paranoid thought about how Nick had asked me several times where I lived and in what direction I’d be traveling when I left our meeting.

My brain manufactured a hefty paranoia trip about this. I wondered, is this guy going to be tailing me, trying to find where my garden or buildings are?

Just then I looked in the rearview mirror. The sun was slanting at the right angle to allow me to see that the lone car behind me was indeed Nick’s.

Damn, that jerk really is following me, I thought. Then I surmised that maybe he’s just going in the same direction and doesn’t even know he’s behind me. However, when I turned off the main road and went onto a little-used side road, he turned, too.

With my hands shaking and my mind filled with anger, fear, and a desire to get away from this clown, I initiated a John Wick-style evasive maneuver, turning my car sharply at random intersections to see if he would still be behind me.

I was lucky enough to then get lost in an area I was unfamiliar with. While Nick tried to keep up during my frantic attempt to get out of the maze-like neighborhood, he himself got lost. I was relieved when I looked in the rearview mirror and could no longer see his ugly face.

Then I called him on my cellphone. “Hey mofo, what were you doing driving behind me? Did I invite you somewhere? No, I didn’t. Don’t follow me. If I see you behind me again, there’s gonna be trouble.”

He pretended he didn’t know what I was talking about. He played it off like I was imagining things.

So I said to him in my best Tony Soprano voice, “Understand this, Nick, and understand well — we have no business together. I will never call you again. Don’t call me. Don’t say a word to anybody about anything we talked about.”

As I’ve analyzed that incident over and over, I’m convinced that if I hadn’t gotten high and consequently paranoid, I wouldn’t have figured out he was following me.

Check out the below video about the meaning of weed paranoia.

I guess what I’m saying is, I’ve made peace with marijuana paranoia. When my heart starts beating faster and my brow beads with sweat, when I get that worried, helpless, frantic feeling, I embrace it and ask it to deliver me its truths.

The benefits of paranoia are that it can slap you in the face with things you should have seen but didn’t.

I got high a few years ago and suddenly realized the woman I loved didn’t love me anymore. I got high and had a paranoid intuition that my elderly parents were in a life-threatening health crisis and needed me to immediately travel 2000 miles to be with them. I got high and recognized I was about to throw my money away on a business deal that I should have been a lot more suspicious about.

Of course, paranoia isn’t always good for you. I went to a Pink Floyd concert after having been in jail for cultivating marijuana. When I got high at the concert, it was my first time in months.

During the clocks-crazy-laughter-helicopter sound effects segments of “Dark Side of the Moon,” I became paranoid, flipped out, leapt from my seat, ran to the back of the venue, and paced like a madman until a security guard came over and rather forcefully instructed me to go sit back down or he’d throw me out.

Then he saw the wild look in my eyes, and likely assumed I was on some kind of hallucinogen — a very reasonable assumption, given this was a Pink Floyd concert.

Immediately his tone changed and he gently asked if I wanted him to bring me to the medical tent. I said no, and raced back to my seat. By this time, my paranoia anxiety had receded and I was able to sing along with “Another Brick in the Wall.”

Strains To Avoid If You Don’t Want That Paranoid Feeling

As a grower, I look at paranoid intuition as a gift that helps me see into people and situations.

Growers who sell buds should provide information to their customers on strains that might cause paranoia. Most people can’t handle the feeling and don’t like it. They should stick with indica and Kush if they’re not ready for the potent sativa mind trip some marijuana strains can lay on you.

And here’s a little insider tip for you: When I do vape those kinds of strains, I mix in an indica-dominant bud to smooth out the sativa tendencies and assure a happy trip and a safe landing.