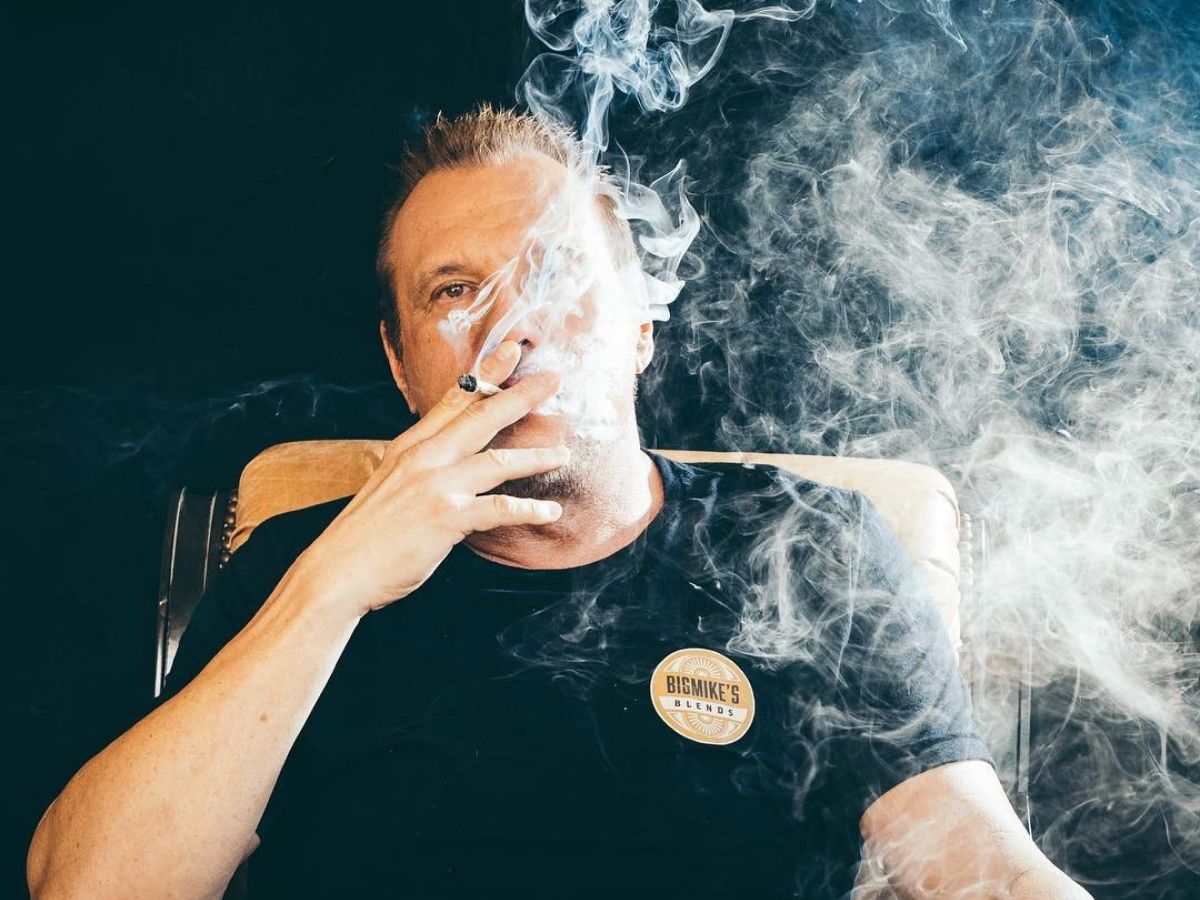 The reason is we care only about what works best for you as a marijuana grower.

We’re all marijuana growers here. We know nutrients make a big difference in how potent and profitable your marijuana grow op is.

One of the first things we did when we started BigBudsMag.com was contact all hydroponics nutrients and equipment manufacturers.

We told them they’d get free publicity for their products if they’d just explain how their products push marijuana plants to grow bigger, stickier buds.

The only company that would talk to us was Advanced Nutrients.

In fact, they immediately put us in touch with their founder and owner BigMike Straumietis.

Instead of hanging up the phone on us, or telling us that “weed growers are criminals,” like the owner of General Hydroponics did, Straumietis was friendly and helpful.

He spent hours explaining the science of marijuana nutrients.

He gave us incredible advice about higher-yielding, higher-profit marijuana growing.

Of all the owners of companies selling products at grow shops, BigMike is the only one who has ever gone public as a commercial marijuana grower and legalizer.

That’s why it was no surprise to see that BigMike has become famous worldwide.

I’ve never seen anyone get as many Instagram followers as he did in as short a time.

BigMike has been featured in international publications such as the Daily Mail, Business Insider and Playboy.

BigMike’s path to becoming the only hydroponics nutrients manufacturer who helps marijuana growers started when he was in his early 20s.

He purchased or rented large houses in nice neighborhoods and converted them into grow houses.

When associates showed him monster outdoor marijuana plants that were producing baseball-bat buds due to rich native soil, he took soil samples of the garden sites and had them tested.

Then he procured soil maps of his region, scouted areas that had the best soil for marijuana, and put in guerrilla marijuana plants that gave him between 2 and 4 pounds per plant with very little work and hardly any expense.

BigMike got his pilot’s license, bought a Cessna 172 and an Ultralight, and flew over areas of four counties with “ideal marijuana soil,” using a primitive GPS unit to record the places he wanted to plant marijuana.

He chose marijuana garden sites near swamps, rivers, cornfields and creek beds, and hired a team of grow helpers to put between 50 and 300 cannabis plants at each site.

Instead of risking his security by hiking in and out of grow sites to keep track of his marijuana plants, he flew over the sites, looking for animal damage, insect problems, and invasion by police or thieves.

He harvested several hundred pounds of indoor and outdoor marijuana per year, selling wholesale at an average of $3,400 per pound.

As may be expected, the security risks grew right along with his profits and grow business.

BigMike had many close calls with both indoor and outdoor grows.

He once had to hastily dismantle a 12-light indoor marijuana grow op and hide it in a rental truck. He had arrest scares, and at one time discovered he was losing 30 percent or more of his outdoor crop to thieves and police.

BigMike then became obsessed with security.

He monitored police scanners, and learned to unlock and decode encrypted messages used by elite local and federal agencies such as the DEA.

BigMike admits to “tapping” narcotics officers’ phones, paying investigators to identify undercover officers, recording police conversations, and employing ex-spies to sweep his grow ops, vehicles and homes for surveillance devices. He would wear night vision goggles to detect thieves, and carried a custom-built scanner/monitor with him when he was anywhere near a grow op.

He even took race car driving classes, in case he had to use a vehicle to flee law enforcement, thieves or kidnappers.

He successfully eluded the police during scary outdoor grow busts worthy of an action movie, but it was one of his own men — and a crazy girlfriend — that ultimately brought him down.

One of the workers on his grows went out to run his own grow ops, was busted, and ratted out BigMike.

Pretty soon, a federal manhunt was on for BigMike, who went underground but continued to supervise massive grow ops despite being hunted by the feds.

BigMike’s girlfriend at the time cracked under the pressure and threatened to rat him out, so he closed his grow ops and fled to California.

Grow room vibes from @ForeignGenetics 🙌 Man, I wish you could smell inside this #grow. It’s #phenomenal… Now I want to hear from you, what are your favorite #cannabis #aromas? . 🌱@AdvancedNutrientsOfficial By the way, tag me in your grows, I always love checking them out… big or small.

Tired of being pursued by law enforcement, BigMike made a grand escape by creating a new identity and moving to Vancouver, British Columbia, Canada.

At the time, Vancouver was the hub of the multibillion-dollar “BC Bud” marijuana empire.

His indoor operations were spectacular, with some that included as many as 500 thousand-watt lights!

By 2001, BigMike’s marijuana growing empire had nearly 1,500 thousand-watt lights going at once, plus more than 100 lights for mother plants and cuttings, as well as numerous large-scale outdoor grows.

He opened a hydroponics grow store, and it was there that he learned how frustrated marijuana growers were with the hydroponics industry.

Marijuana growers don’t want fertilizer for tomatoes; they want specific nutrients that will push cannabis plants to their maximum potential.

BigMike knew from his research into outdoor soil that there’s more to plant health than just supplying them nitrogen, phosphorus and other nutritional elements.

His goal was to re-create the full-spectrum benefits of a rich soil root zone, even in hydroponics marijuana gardens.

Of course, BigMike had a lot of marijuana grow houses to test his products in, and he handed out samples to other commercial marijuana growers.

He paid botanists, agronomists and marijuana growers to do research that ended up creating the first — and so far only — hydroponics products that include nutrients scientifically designed to increase growth rate, yields and potency of marijuana plants.

Finally, he had the perfect formulas and created the only brand of marijuana nutrients and supplements.

And that’s how Advanced Nutrients was born.

Put out good, and good comes back to you. Put out shit, and that’s what you’ll get in return. . Before you crush your weekend, I want you to remember this one piece of advice… . Believe deep inside — know it in your gut — that you can achieve your #goals. That's right, you got this. . Because, like Henry Ford said, “Whether you think you can, or you think you can’t — you’re right.” . Pass the good vibes to the left hand side and tag someone who could use this. . . #GoodVibes #PositiveMentality #WeekendMotivation #BigMike #CEO #Advice

BigMike has been the technical grow advisor for the hit TV series Weeds and on the movies Leaves of Grass and Pineapple Express.

This is just a partial list of “firsts” that Advanced Nutrients has achieved in the hydroponics industry:

BigMIke has paid a heavy price for being a marijuana nutrients pioneer.

So they discussed Advanced Nutrients with the Royal Canadian Mounted Police.

The company’s assets were seized, and its personal and business bank accounts were frozen.

BigMike was shackled, jailed for months and forcibly removed from Canada.

However, the company survived the raid and came back stronger.

But companies such as General Hydroponics and Grotek, along with hydroponics media monopolies like Maximum Yield, Hydrofarm and Sunlight Supply, conducted a relentless smear campaign against BigMike and Advanced Nutrients.

In general, most hydroponics manufacturers, distributors and media are afraid of marijuana growers, and have publicly denounced marijuana growing and distanced themselves from it.

But as you can see from the international media coverage given to BigMike and Advanced Nutrients, efforts to harm the man and his company haven’t worked.

Using Marijuana to Treat PTSD: It Works!
Will Recreational Michigan Marijuana Be Legalized in 2016?