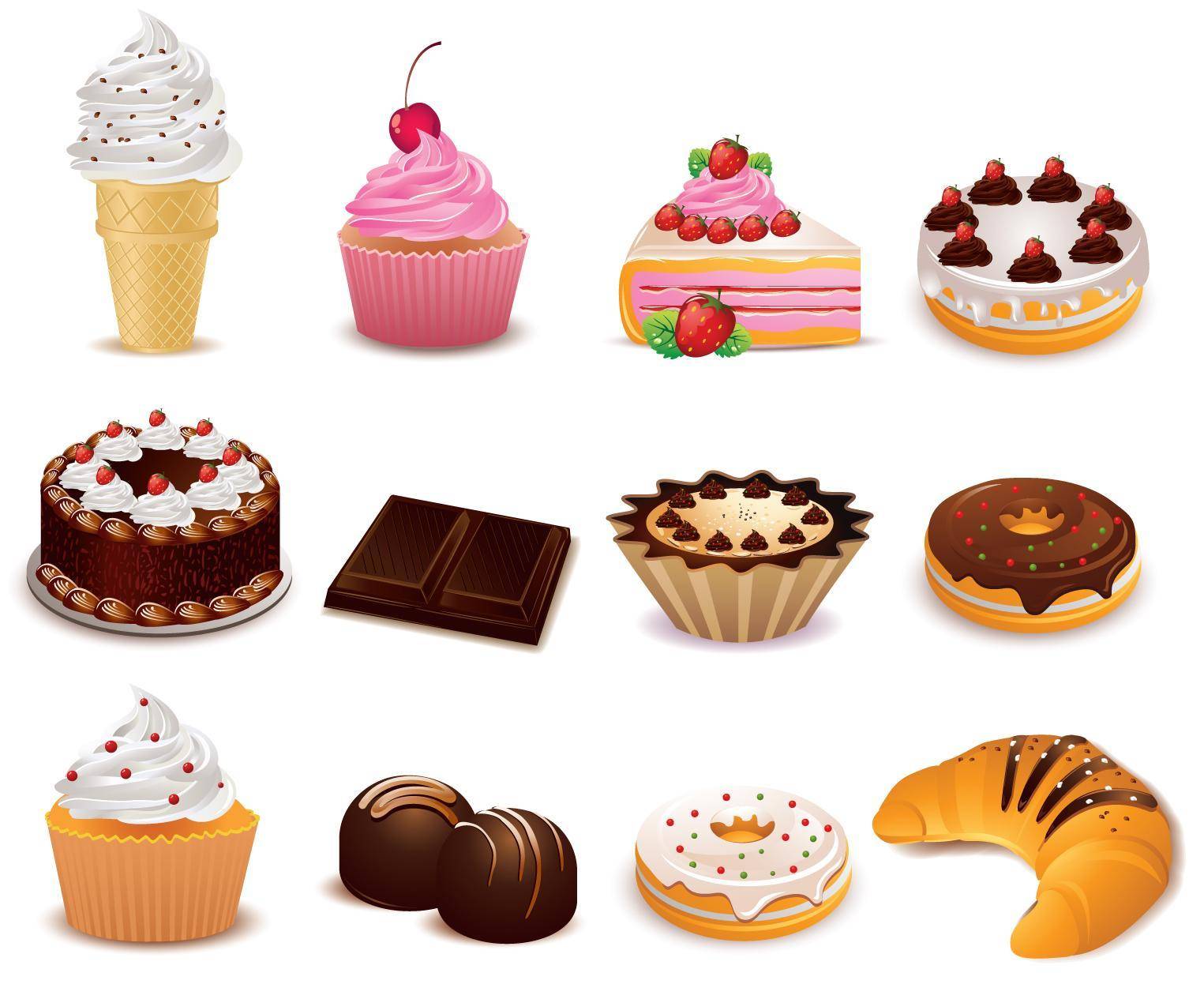 So what’s really going on that makes most of us hungrier when we use marijuana? What causes the munchies?

Scientists and medical researchers have been trying to answer the marijuana munchies question ever since medical marijuana became more easily available after voter approval of the nation’s first-ever ballot medical marijuana law in 1996.

When voters passed Dennis Peron’s Prop. 215 in California all those years ago, many were motivated by media coverage and pro-marijuana messages featuring AIDS and cancer chemotherapy patients who’d been literally wasting away due to appetite loss, pain, and nausea…until they started using marijuana that restored their appetite and decreased their pain and nausea.

Researchers increased their efforts to understand marijuana’s medical benefits, focusing on “endocannabinoid receptor systems” in our brains and bodies.

Yes, I realize you didn’t tune into Big Buds so you could take a class in neurobiology, but marijuana is such a powerful medicine, I’m betting you’ll find it fascinating to see how marijuana achieves its effects…

Marijuana Munchies:
They Come from a Deep, Important System in Our Body

Start with the fact that an endocannabinoid is a natural chemical compound produced in our body, and a receptor is a chemical-mediated site on cell walls that binds with compounds such as endocannabinoids to allow compounds partial or full entry into the cells.

Think of receptor as a lock and key mechanism that allows passage of compounds into and out of cells.

The interplay of compounds, receptors and cells is what regulates and enables our mental and physical functions.

The primary endocannabinoid made inside us is anandamide. The word means “bliss.”

The reason marijuana works so well for us is that marijuana creates tetrahydrocannabinol (THC) and other cannabinoids that go into our bodies and bind with endocannabinoid receptor sites.

In other words, marijuana produces something that’s almost exactly like anadamide.

As scientists test the endocannabinoid system and the way marijuana interacts with it, they’ve discovered that cannabinoids moderate or mediate many body functions and states of being. Included in these functions are mood, appetite, and desire.

Simply put, whether you’re looking at endocannabinoids produced inside your body, or external cannabinoids (exocannabinoids) introduced into your body when you consume marijuana, your appetite is affected when a cannabinoid binds with target receptors in the specific areas of your brain that regulate appetite and hunger.

How and why the body creates and distributes endocannabinoids in the amount, rate and intensity that it does is still a mystery.

But it is no mystery that flooding your body with external cannabinoids from marijuana creates a cascade of cannabinoids binding to your receptor sites, thus changing the chemical function of your body and brain…giving you different thoughts, feelings and wants than you had before you got high.

In lab experiments using animals, scientists have been able to turn on and turn off appetite using endocannabinoid receptors as the key controlling mechanism.

Researchers have also discovered that cannabinoids affect other systems involved with appetite, including the “Leptin pathway” that affects appetite intensity and is linked to obesity and diabetes.

Some scientists want to use the endocannabinoid system as an “anti-munchies” tool. They’re working on utilizing substances that block cannabinoids from binding to receptor sites, thus shutting off appetite.

Allegedly, this research is intended to create a treatment for obesity.

And despite anecdotal and scientific evidence that good ol’ marijuana causes munchies so people with anorexia, AIDS, cancer side-effects and other calorie-reducing medical problems feel better, eat more, and avoid starving to death, researchers continue to try to chemically synthesize marijuana’s unique compounds so they can sell them back to us as pharmaceuticals.

This led to the early development of a pharmaceutical product called Marinol: synthetic THC.

Unfortunately for the drug’s makers, Marinol doesn’t have the natural balance of THC and other cannabinoids that makes whole marijuana such great medicine.

I’ve taken Marinol, and it gives you an ugly feeling that’s not appetite-enhancing or pleasant.

Worse yet, because Marinol is orally ingested, it takes a long time to become active, and it’s hard to control the dose.

Your brain is a hungry organ, so there’s speculation that the munchies might come because your brain is consuming a lot more carbohydrates/sugars than usual.

This could account for the fact that for many of us, marijuana munchies make us want sweet, fatty foods.

And because marijuana is a mood enhancer and overall tonic for the body—reducing pain, elevating mood, easing muscle tension, freeing the mind from its usual worries—enhancement of appetite may well be just another of the many
“euphoria” side effects that make marijuana increasingly popular.

As I’ve explained in previous articles on how marijuana affects you, especially if you use it while your brain is still in its adolescent growth changes, the fact that marijuana creates exocannabinoids that enter your body and brain and physiochemically become part of your structure is a reason to be careful about how often and how intensely you use marijuana.

Indeed, a percentage of marijuana users (mostly male) develop obesity, or “male-breast syndrome,” in part because marijuana stimulates their appetite so they take in more calories than they burn.

If you’re using marijuana and eating a lot because you have you get the munchies, be sure to exercise more, or the medical appetite-boosting effects of marijuana may become a weighty burden for you.

Only Marijuana Does It All For You: The Grower’s Edge

It’s interesting to note that marijuana is the only plant on earth that produces THC, other cannabinoids, and other substances that give us the unique high and medical benefits we so appreciate.

For some medical patients, marijuana’s exclusive blend of cannabinoids and other compounds produces unique symptomatic relief you can’t get with any other medicine.

Sure, you can grow marijuana using the same fertilizers people use for houseplants and veggies. But using marijuana-specific nutrients, growers feed plants the exact precursors marijuana plants need to create their most potent and pure percentages and types of cannabinoids.

When you use hydroponics nutrients not designed and tested for marijuana (which is the majority of nutrients on the market), you as a grower lose the ability to optimize your plants’ production of marijuana’s unique compounds, thus robbing you and others who count on your marijuana of the full potency medical effects that you could have gotten.

As a grower or patient, when you’re looking for marijuana that stimulates appetite, you can count on most Kush strains.

In general, Indica-Afghanica strains (rather than the more heady Sativa strains) are the best pro-munchies marijuana.

However, marijuana affects all of us in slightly different ways. I know people who smoke marijuana and their appetite goes away.

But for most of us, marijuana leads to the ice cream shelf in our freezer…or to the telephone, to order that large pizza with five toppings. Yum!

Friends, the wonderful truth is that marijuana is a miracle medicine. Its ability to stimulate appetite is one of many ways marijuana serves humanity. It helps us enjoy the pleasures of the tongue.

So next time somebody makes a joke about marijuana munchies, remember how the marijuana munchies actually work, and that they do even more than make a pint of ice cream especially enjoyable after a bowl of Kush!

Vaporizers Versus Flame: What Works Best for Inhaling Marijuana?
High Times Cannabis Cup or Not…2012 is the Year for Your Amsterdam Marijuana Vacation