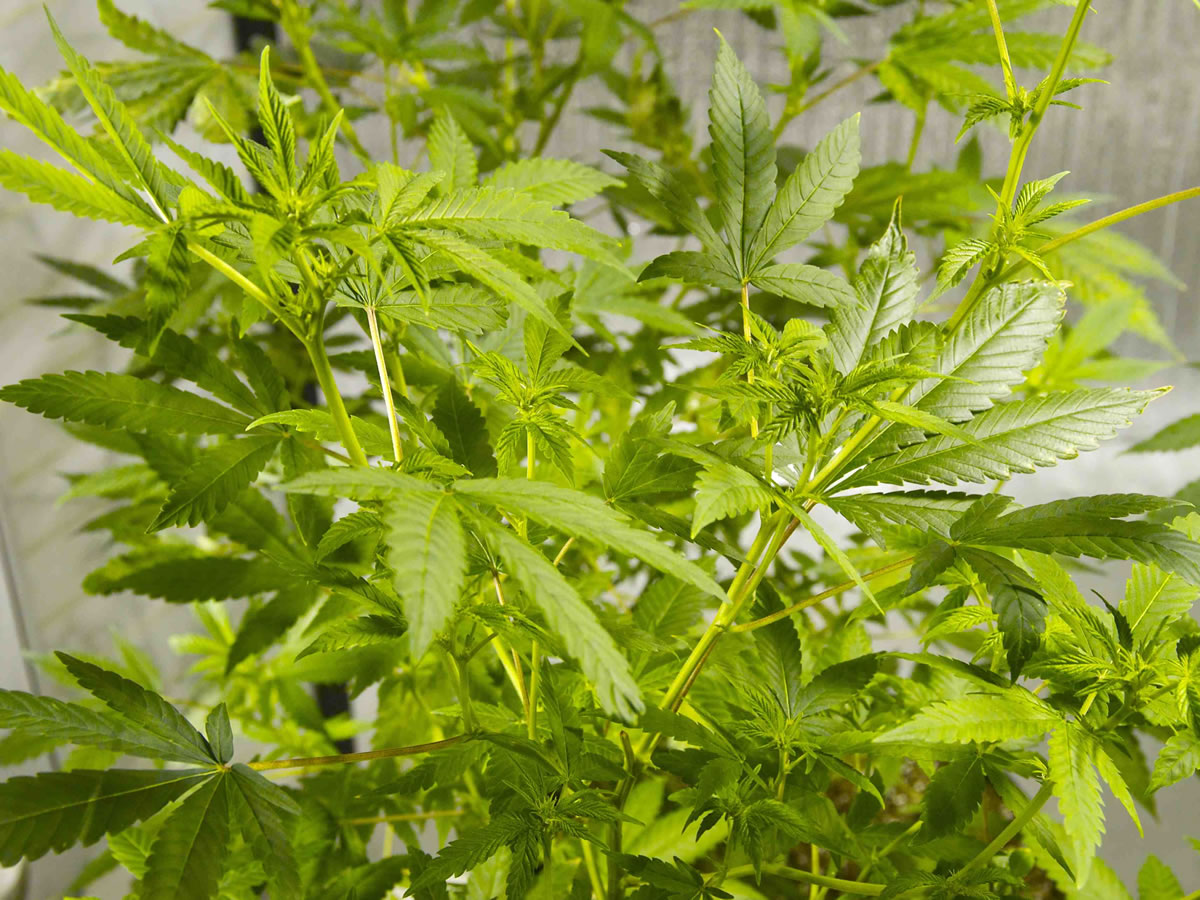 Marijuana motherplants are favorite marijuana females (or males, if you’re a professional cannabis seed breeder who needs fresh pollen) that you keep alive for months or even years.

Motherplants are kept in a perpetual grow phase. This isn’t natural for cannabis plants, and you’ll find some strains rebel against never being flowered by pre-flowering or developing hermaphrodite (male-female) flowers.

Growers fight this by giving their plants 20 or more hours per day of light, which of course runs your electricity bills higher.

The problem of pre-flowering or hermaphroditic motherplants is especially common in marijuana plants with unstable genetics.

Other unnatural features of keeping motherplants is their roots continue to grow month after month, as grow phase roots are meant to do, except that the roots are in an enclosed space, and soon become rootbound.

Rootbound roots become harmfully restricted, growing against the container walls, and back onto themselves.

They also become more susceptible to root diseases and pathogens.

You have two options to solve this.

One is to do “root pruning,” which is exactly what it sounds like.

It’s a heck of a lot easier to do root pruning if your motherplants are in deep water culture, aeroponics, or NFT systems, because you can just pull your cannabis plant out of its collar, the roots are hanging down and easily accessible, and you use sharp, sterile pruning scissors to remove about 15% of the roots at a time.

You can see why it’s harder to do this if your marijuana roots are embedded in solid root zone media, especially soil, coir, or hydroton.

If your roots are growing in rockwool slabs or loose rockwool (I love loose Grodan rockwool for container hydroponics marijuana growing), it’s easier—you just cut the rockwool and roots away like you’re slicing a thick cake.

If you need to add root zone material to fill up your container to replace the rockwool, soil, coco coir, hydroton, perlite, or other solid material you removed, that’s relatively easy.

And the new material provides new room for the roots to grow into… a buffer zone against more rootboundedness.

If some roots are brown and mushy, some marijuana growers recommend spraying the pruned roots and their containers with a dilute H202 (hydrogen peroxide) solution that kills pathogens.

The main things to remember when doing marijuana root pruning are:

Your other option to prevent plants getting rootbound is to transplant your marijuana motherplants into larger and larger containers as their roots grow.

I’ve been in professional motherplant rooms operated by commercial cannabis seed breeders and seen their marijuana mother plants in massive containers, upwards of 20 gallons and larger.

This brings us to another of the main drawbacks of marijuana motherplants in general—they take up room.

You have to give marijuana mother plants a constant grow phase lighting program.

Yes, you can run your grow phase clones, seedlings or young maturing plants in the same room as your mothers, when it’s time for flowering, your mothers have to moved into a grow phase lighting room and not kept in a bloom phase flowering room.

What some growers do to reduce their electricity costs is to run HID or plasma for a portion of the 18-20 hours per day motherplant light cycle, and use CFL or LED the rest of the time.

In almost all cases, your cannabis motherplants won’t pre-flower or actually flower as long as their dark period is less than 4-5 hours per 24 hour period.

To summarize, in today’s article we’ve outlined how marijuana motherplants must be root-pruned or given larger containers as they get older, so they don’t become rootbound.

We’ve also seen that a 20-hour per day lights-on period (instead of 18 hours) might be necessary to prevent cannabis motherplants from pre-flowering or developing hermaphroditic flowers.

In part three of our series on motherplants, we find out how to manage and feed marijuana motherplants so they give you better cuttings. Stay tuned!