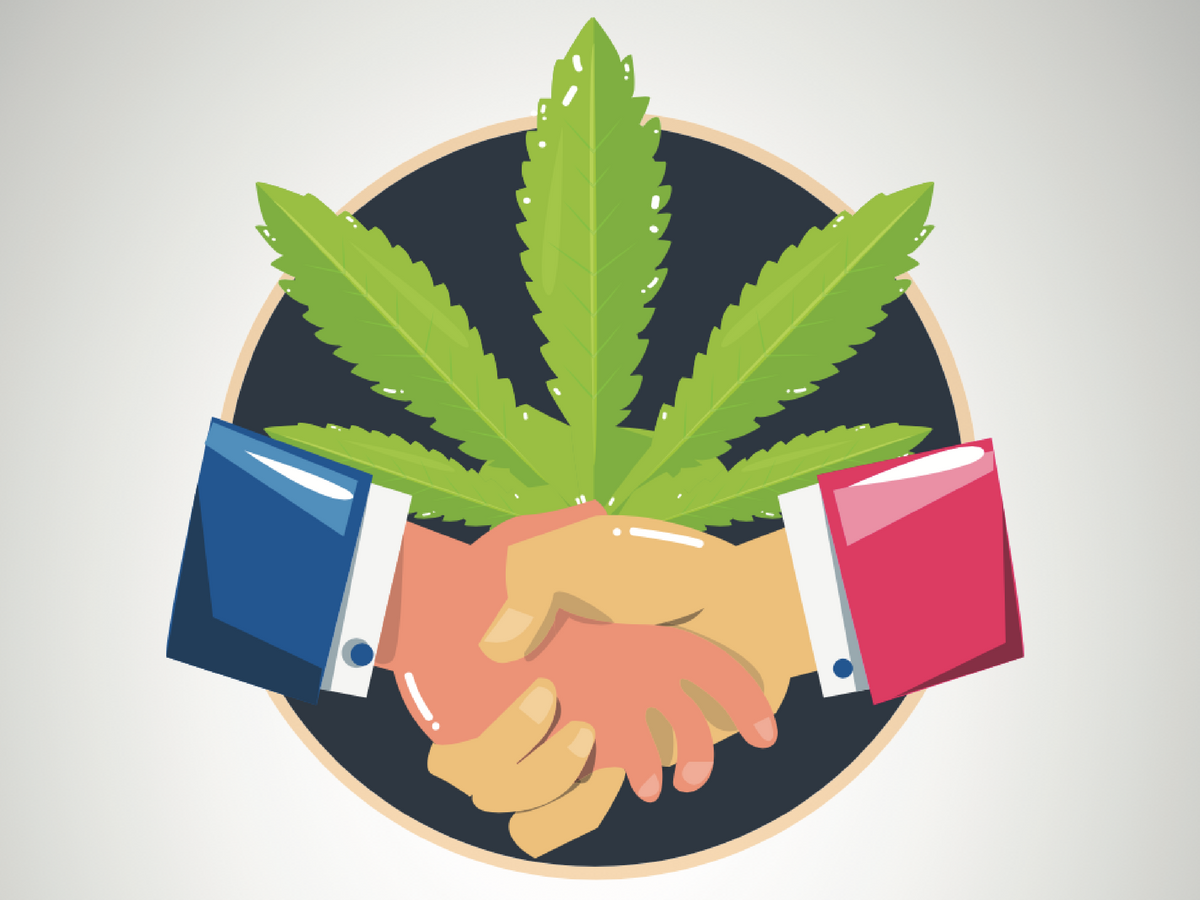 The partnership will see the current leaders in cannabis — ranging from edible manufacture and extraction labs, to cultivation and genetic engineering — fused into a joint endeavor sure to produce incredible products and sky-high prospects for its partners going forward.

Jeremy Heidl, co-founder of Organa Brands, said the company has been looking for an angle to branch out globally, and told The Daily Beast, “This is a true collaboration, providing an international home base for all three [companies]. To have a foundation in Canada and collaborate around the world in other federally regulated markets … is very much what we’re going for.”

A smart bet for all parties concerned as Canada is a market primed for development of new cannabis products, with the Great White North inching steadily toward legalized recreational weed by mid-2018, and edible and drinkable products set to be legalized in 2019.

Canopy Growth Corporation, the world’s largest publicly traded medical marijuana producer, with a current market capitalization of $3.45 billion, is experiencing its second notable partnership this month. Recently selling a minority share to Constellation Brands (the makers of Corona, Modelo and Ballast Point beers) worth $191 million, Canopy is looking to expand its market reach into the drinkable cannabis sector.

Canopy Growth CEO Bruce Linton shared with the The Wall Street Journal in October that Constellation’s know-how when it comes to alcohol distribution and packaging will be advantageous to Canopy as it expands its influence into the growing cannabis industry.

To round out the merger, Green House — creators of iconic pot strains White Widow and Super Lemon Haze — will provide genetic knowledge, as well as gravitas to the group as veteran cannabis growers (not to mention some valuable street cred). Establishing relationships with the best growers and geneticists worldwide through Green House — who is also the producer behind the popular cannabis-centric travel documentary series Strain Hunters — will no doubt bring the whole corporate enterprise back down to earth.

The team plans to operate through Canopy Growth’s federally approved facility Agripharm, located in Ontario, Canada and led by CEO Peter Miller, who had previously worked with Green House.

“These groups, we’re … all entering into a partnership to explore the world,” said Miller.

Since Canada’s federally sanctioned cannabis market will legally allow cannabis exports to countries that permit the import of marijuana, the outlook for international growth is vast.

Said Heidl to The Daily Beast, “To have created this kind of reach overnight is just amazing.”

Beyond Indica Vs. Sativa: Customizing Your Cannabis High With The Right Terpenes
Giving Thanks For Hemp, The Super Crop That’s Making A Legalized Comeback