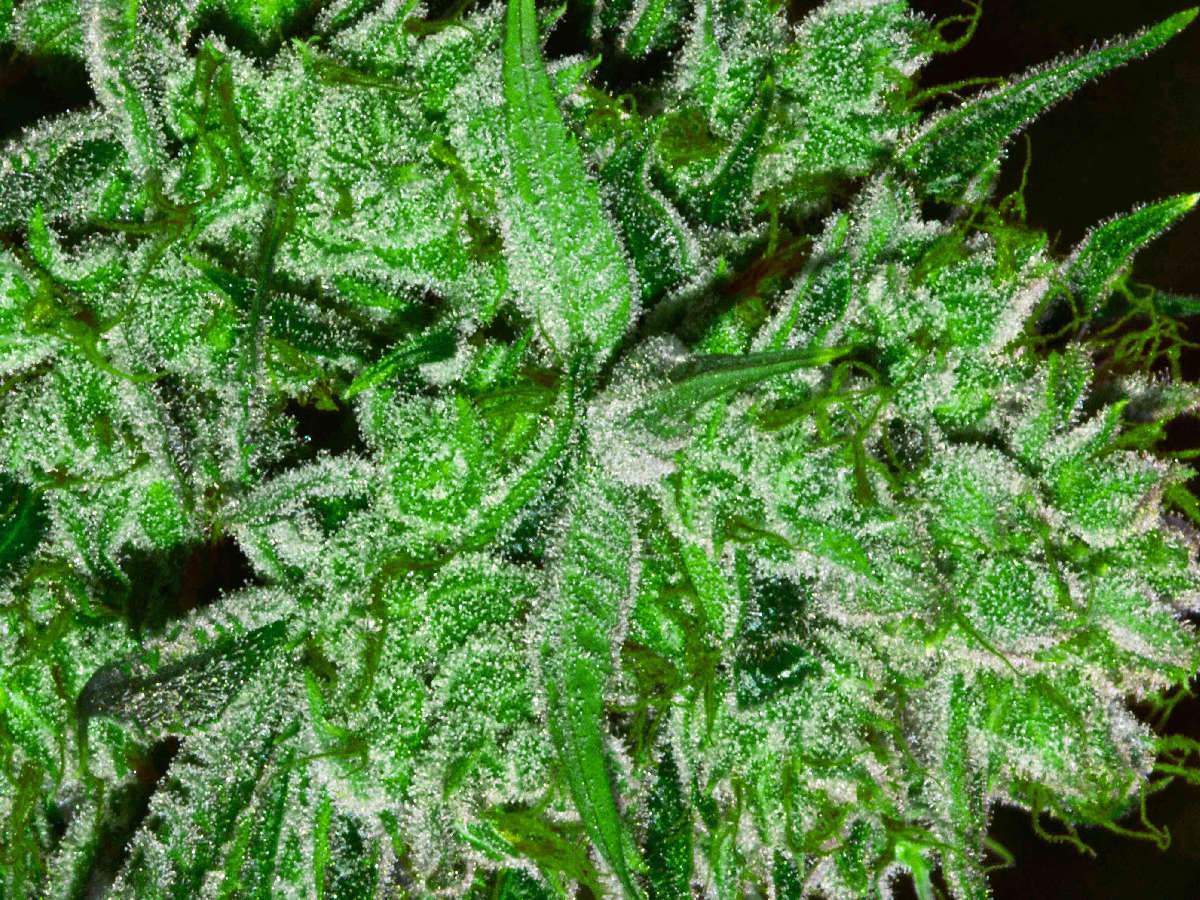 Most cannabis growers have relatively simple ways of deciding when to harvest their bloom-phase plants.

The most common method involves following the bloom-phase duration recommendations provided by the marijuana strain breeder. If the breeder says the strain needs 60 days in bloom phase, then the grower harvests 60 days after bloom phase begins.

Some growers use a more nuanced method. They may monitor resin glands using magnification devices. When 5–15 percent of the resin glands are deteriorating, it’s time for flushing and harvesting.

This process works well enough, but you get even more from your buds by utilizing an incremental harvesting technique. This means doing targeted marijuana harvesting, rather than waiting until the breeder-specified end of bloom phase to harvest the whole plant.

During a previous grow-op season, I was offered low-cost cannabinoid lab testing of my buds, so I had a great, scientifically backed opportunity to measure what incremental harvesting means for my cannabinoid percentages and ratios.

If you had five female plants from this strain, each plant will have phenotypic variations that influence how long it takes their bloom phase to finish.

For my incremental marijuana harvesting, lab-testing experiment, I chose the best-looking of several Jesus OG Kush plants. Knowing the breeder-stipulated bloom phase range of 56–63 days, I conducted an early, middle and late harvest. The timing was 48, 56 and 65 days, respectively.

If I had done the test on a strain that had a simple and specific bloom duration, such as 60 days, my testing would have been a bit easier and more precise.

My incremental marijuana harvesting experiment was based on precise protocols to ensure as much validity and usefulness as possible.

I examined the resin glands closely before I harvested each bud, and recorded their clarity, size and structural integrity. I made sure to cut the buds from the same height on the plant. This was easy to do, because I’d topped the plant three times to give it a round structure, with multiple flowering tops at the same height.

After I incrementally harvested each bud, I took a two-gram piece of the bud and gave it to my friend at the lab.

Then I dried and cured the remaining bud portion, cleared my head by not getting high for two days, and vaporized one gram at 420°F. I carefully recorded how fast I felt intoxication, the quality and duration of intoxication, and the scent and taste.

I did the same thing for each incremental harvest.

I received the lab test results all at the same time. They were as follows:

In doing my analysis of the lab results and my subjective experiences with each bud, I was assisted by knowing how the big three cannabinoids interact with each other and how they’re manufactured in resin glands.

One thing that immediately became obvious was that the CBN percentages increase as buds aged. This makes perfect sense, because marijuana research tells us that CBN is a sign that the cannabis is overripe or has been otherwise degraded due to late harvesting, heat, bright light, or structural damage to the resin glands.

My notes also reveal intriguing correlations and interrelationships involving THC and CBD, and the subjective effects I experienced as I inhaled the vaporized buds.

For example, my favorite of the three incremental bud types was the earliest harvested bud. Its high was strong, stimulating and clear, without the numbing couchlock body effects usually associated with Kush cannabis. The burnout phase that often happens when I inhale Kush was greatly reduced as well. One thing I also noticed? The bud had almost no taste or scent.

This was the bud I’d harvested at 48 days, which is eight days earlier than the earliest recommended bloom phase for the strain. My notes state that the resin glands at time of harvest were small, perfectly round and crystal clear.

In contrast, the resin glands on the middle harvest buds were beginning to cloud up, and a few of the resin heads were falling off their stalks. The buds had gained about 5 percent in girth and length since my early harvest.

The high I got from the middle harvest buds was typical of what I would expect from commercial Kush strains. It was mostly a body high, with a mild amount of mind euphoria, and a moderate degree of relaxing, nearly immobilizing couchlock.

The taste was much more pronounced, and had the classic Kush overtones than was the case with the early harvest bud.

I knew just from examining the resin glands at time of harvest that my late-harvest bud high would be different from the two earlier harvests.

For one thing, about 20 percent of the resin glands had collapsed or were somewhat misshapen and dried. Also, the resin heads, which had been absolutely clear in early harvest and only partially cloudy in middle harvest, were becoming amber.

The taste was much more powerful and peppery, and the vapor was harsh. The high came on very fast and strong, and was almost all body. The only head effect was my instant inability to speak or think in coherent sentences. This was a seriously heavy über-Kush high. After an hour of trying to keep my eyes open, I fell asleep and woke up a few hours later with a dry mouth, wondering where I was.

The Benefits Of Incremental Cannabis Harvesting

You may already have noticed a couple of caveats in my testing. The biggest problem was that I didn’t have access to a lab that would do cannabinoid and terpenoid testing for a price I could afford.

The more I learn about terpenoids, the more I realize they account for a significant portion of the effects I subjectively view as the cannabis high. Many terpenoids have medical effects; they also moderate THC and other cannabinoids. I would love to have had the money to afford a full analysis of my early-, middle- and late-harvest buds so I could see how the terpenoids fared over time.

Another caveat is that I didn’t flush the plant until I’d done my last bud harvest. When you don’t flush your plants at the end of bloom phase, your buds contain contaminants that affect taste, scent and high (but the high least of all).

The experiment also helped me solve a problem I’d been having with some of my bud customers who prefer late-harvest effects, whereas I prefer early-harvest effects.

There’s also some evidence suggesting that when you harvest only a few buds at a time, your marijuana plant will produce more weight while you’re awaiting your late harvest.

Perhaps the most important benefit is I can use incremental marijuana harvesting as a tool for knowing exactly when I want to harvest a specific strain.

With minor adjustments for phenotype and other factors that affect individual plants each season, I know that when I’m harvesting buds for my own use, I should harvest 3–8 days before bloom-phase duration specified by the breeder, when the resin glands are crystal clear and in perfect condition, because I like the sharper, cleaner high of early-harvest buds.

Consider the fact that incremental marijuana harvesting is a great way for you to fine-tune your growing and reaping so you get the optimal experience from each plant you grow.

Sweet Releaf: The Latest Cannabis App Is Changing How Patients Receive Their Plant Knowledge
Pass The Dutchie — But Not To The Dutch Cops, Who Will Be Unlikely To Find Said Dutchie