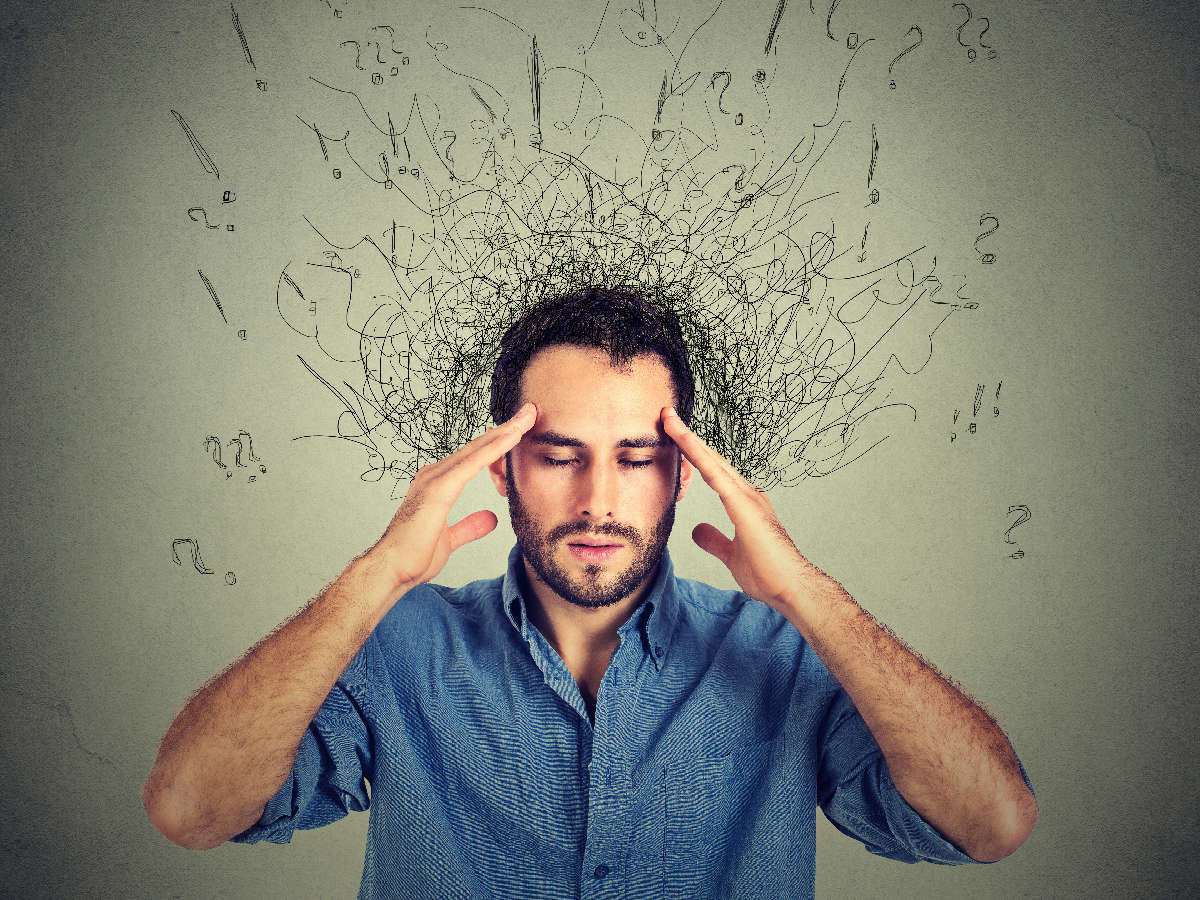 For most of my life, attention deficit hyperactivity disorder has plagued me to the point where I often felt life wasn’t worth living.

I had an extremely difficult time focusing on tasks, remembering things and completing projects. When I was younger, I couldn’t learn to write cursive, and understanding math was like having my teeth pulled.

Other kids and even some teachers made fun of me. I was bullied. I disliked myself, was afraid of people, and withdrew from the world, becoming a true loner.

When I entered my teenage years and was still a mess, my parents sent me to expensive counselors and doctors. The so-called helpers experimented by placing me on methylphenidate drugs such as Ritalin.

They put me into a “mental gymnastics workout program,” and did stupid tests on me. All the while, I was fearful about the prospect of becoming a self-supporting adult and earning a living. I’d been let go from two jobs because I was “scatterbrained,” and my current employer was telling me I had to improve or I’d be fired.

Then a counselor gave me a book titled Do What You Love, the Money Will Follow.

What did I love? I loved getting high. I’d started using cannabis when I was 17 and it worked better than Ritalin to calm me down. It didn’t fix my ADHD all the way, but being stoned was my safe space where I felt relief from worrying about being an outsider and a “defective person.”

It cost a lot to buy marijuana, so growing my own made perfect sense. I figured it’d be easy to grow weed on account of the fact that weeds pop up everywhere — in cracks in the sidewalk or driveway — and grow no matter what. Even if you drive over a weed or mow it down, it comes back, thriving.

How tough could it be to grow a weed, I asked myself.

Then I read a big, confusing book about growing marijuana. The book intimidated me. It made growing marijuana look a lot harder than growing weeds. I feared that my ADHD and overall clumsiness might sabotage my pot growing.

A stoner buddy advised, “Hey, go to a hydroponics store, they’ll explain it all to you, no problem.”

I drove 15 miles to an unincorporated district in the scary part of town, where muscle-bound, tatted, bald-headed dudes backed their F-150s up to the rear door of the grow store and stacked bags of Pro-Mix so high that the stacks seemed ready to keel over. They paid in cash.

I told the hydroponics store people I was a newbie and they laughed and laughed in what I mistakenly took to be good-natured camaraderie, saying, “We were all newbies at one time or another.”

By the time I left the grow shop, I had the coolest grow gear I could afford to charge to my credit card — and not a clue what to do with it.

Those guys at the hydroponics store might have regretted selling so much stuff to a newbie, because I called them every day, sometimes more than once a day.

“How do I put this light stand up?” “Where’s the socket for the reflector?” “Why do bulbs take so long to get to full intensity?” “How do I install this reverse osmosis unit?” Why doesn’t the pH meter work?”

Due to my ADHD, I often forgot the info they told me, and had to call and ask the same questions over and over.

The important questions they couldn’t answer were ones that only marijuana growing experience could.

It was only a few days after I started my first marijuana growing season that I found out cannabis definitely isn’t a weed. This wasn’t like fifth grade science class, when we put beans in cups of soil and pretty soon we had bean stalks without doing anything other than giving the plants water.

For example, I was using General Hydroponics base nutrients and had a $90 pH meter. I mixed my hydroponics nutrients the way it said to on the bottles, but the pH readings were all over the place.

When your nutrient water goes out of ideal pH range, pretty soon your leaves look curly, brown, twisty. I scowled and agonized and wrote long letters to myself about what the hell was wrong with my crop, what could I do, what shouldn’t I do. I did schematic diagrams trying to connect the dots of my grow op actions, trying to be a grow-room Sherlock Holmes.

I realized I sometimes forgot to put pH electrode storage solution in the cap when I put the electrode back into it, which means the electrode dries out and gives false readings.

I bought a new pH meter, but still had nutrients pH problems because General Hydroponics three-part base nutrients start out at around 6.3 in my reservoir and then shifted by as much as one pH point after a few hours.

The guys at the grow shop told me to switch to Advanced Nutrients because the hydroponics base nutrients automatically balance pH to where my plants need it to be, and keep it there.

It worked, and one big worry was eliminated.

In contrast to my former life as a careless slacker, now that I was growing marijuana, I cared passionately. After a lifetime of feeling that I couldn’t do anything right and why should I try, I was so fanatical about growing a huge amount of sticky bud that I gave myself tension headaches trying to follow instructions and painstakingly inspect the plants. I’d gone from being a disempowered lazy person who didn’t care about anything to a perfectionist who cared almost too much.

I learned to organize my thoughts and duties by keeping a marijuana growing diary, recording every detail about my grow op. This was probably the first time I’d ever been able to keep track of deadlines and timelines.

I started to feel good. Marijuana growing was purging ADHD from my brain and personality, training me to pay attention and take care of business. One little thing could become a huge train wreck, and there was so much to gain, so much to lose.

Reaping The Rewards Of My Hard Work

I come from a poor family where money is a sore subject. I feel shame and guilt when I waste money.

I’d left the hydroponics store with a stack of gear that was way ahead of where I was as a grower, with grow lights too overpowering for the indoor grow op space I had. I didn’t know the basics of starting seeds, transplanting, trimming, mixing nutrients, adjusting pH, and all the other things you have to do every day during a marijuana growing season.

I could have bought less gear and had the right stuff for a small starter garden, but what was done was done. I had enough light power to grow at least four pounds every 4–5 months if I played my cards right.

In the past, if something was difficult, I quickly gave up. But having spent all that money, I was determined to make it pay off.

Laziness went out the door as did procrastination. I soon learned that if you fail to pay attention to what your plants need, if you don’t do the work that needs to be gone, you see bad results right away.

After three seasons of growing, I felt confident enough to call myself a skilled amateur, and I was selling enough weed to cover all my marijuana growing costs and have a little extra cash left over.

What made me feel even better is that my personal confidence greatly improved. Marijuana growing requires alertness, knowledge and follow-through. It means taking responsibility, working hard, nurturing living things. It connected me to my better self and the rhythm of nature. Finally, I was able to do something right, something I loved doing.

After a year of focusing my energy and attention on marijuana growing, I could honestly say I no longer had ADHD. My mind was clear, my self-discipline was strong, and I experienced the connection between hard work, focus, learning, changing and rewards.

Thanks to the medicinal effects of the cannabis strains I grow, and also the successful life hacks I learned through marijuana growing, I became a more competent, more fulfilled person in my whole life, not just in my cannabis garden. And you can bet the reward of growing buds that perfectly suit what you love about getting high is the gift that keeps on giving.

MJBizCon 2017: The Scene, The Science And All The Stuff
Cannabis Lawsuit Against AG Sessions Shines A Light On Social Inequality And Institutional Racism