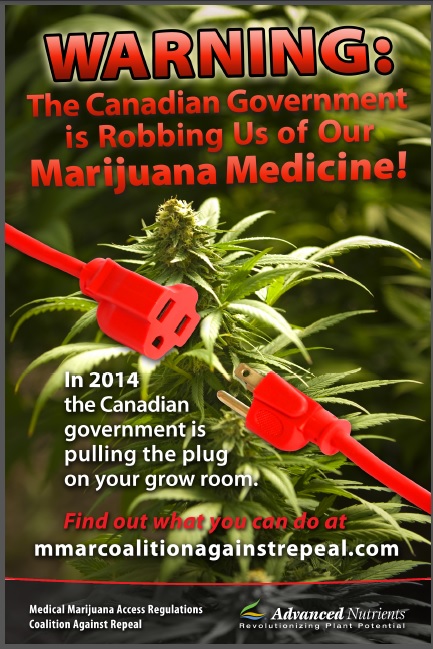 By Alan Ruggles | Published: March 1, 2013
When marijuana growers and users have problems with the government, they usually ask attorneys or marijuana advocacy organizations for help.

They rarely seek help from hydroponics companies, head shops, and other businesses that profit from the marijuana community.

The story starts more than a decade ago when the Canadian federal government initiated its “Medical Marihuana Medical Access Program” that offers marijuana growing licenses for qualified patients and gives legal protection for registered people growing and/or possessing marijuana.

In addition, a Canadian federal government contractor has supplied subsidized schwag marijuana to patients unable to grow cannabis themselves or find someone to grow it for them.

Although the federal marijuana program has some serious glitches, tens of thousands of licensed marijuana growers and patients benefit from it. Problem is, the federal government recently announced its intention to invalidate all personal marijuana-growing licenses in 2014.

After that, the only way to get medical marijuana legally would be to purchase it from government-certified industrial marijuana grow ops.

They predict patients will have to buy street marijuana, or low-quality “government weed,” and that the per gram price will be significantly higher than it is now.

Canada’s licensed marijuana growers and medical marijuana users are shocked and angered by the government’s plans.

“Thousands of medical marijuana patients won’t have access to specific marijuana strains that help them,” explains Karen S., a licensed marijuana grower who lives near Vancouver, Canada. “They won’t be able to grow or afford marijuana. All the money and time they’ve invested in marijuana grow rooms, and in breeding the strains that work best for them, will be wasted. We’ll be forced to pay high prices for government marijuana or street weed, or go back on pharmaceuticals.”

Karen is on lifetime disability after being hit by a drunk driver.  She recalls that when she first got her marijuana growing license in 2004, “I didn’t know a thing about growing marijuana and couldn’t afford to buy it.”

“They provided me an expert growing coach, hydroponics nutrients, lights, and a DWC system,” she recalls. “They had their scientists studying my plants’ growth and yield as part of their hydroponics nutrients research program. Because of Advanced Nutrients, I grew the strongest marijuana I’d ever used, right from the start.”

Now that the Canadian government is threatening to end Karen’s ability to grow her own medicine, Karen has again turned to Advanced Nutrients for help, because Advanced Nutrients is the only hydroponics company involved in the Canada-wide effort to block implementation of the proposed 2014 changes to the federal medical marijuana program.

For Karen, the government’s anti-marijuana actions “add insult to injury.”

She explains that the government’s new mandatory minimum penalties for growing marijuana, combined with the proposed trashing of the marijuana grower license program, means she will face far more jail time for growing a few marijuana plants than the hit and run drunk driver got for almost killing her.

“This is a dire situation, but it’s a godsend to have Advanced Nutrients helping us,” Karen says. “They’re the ones who make nutrients for medical marijuana growers, and they’re also working to protect medical growers’ rights.”