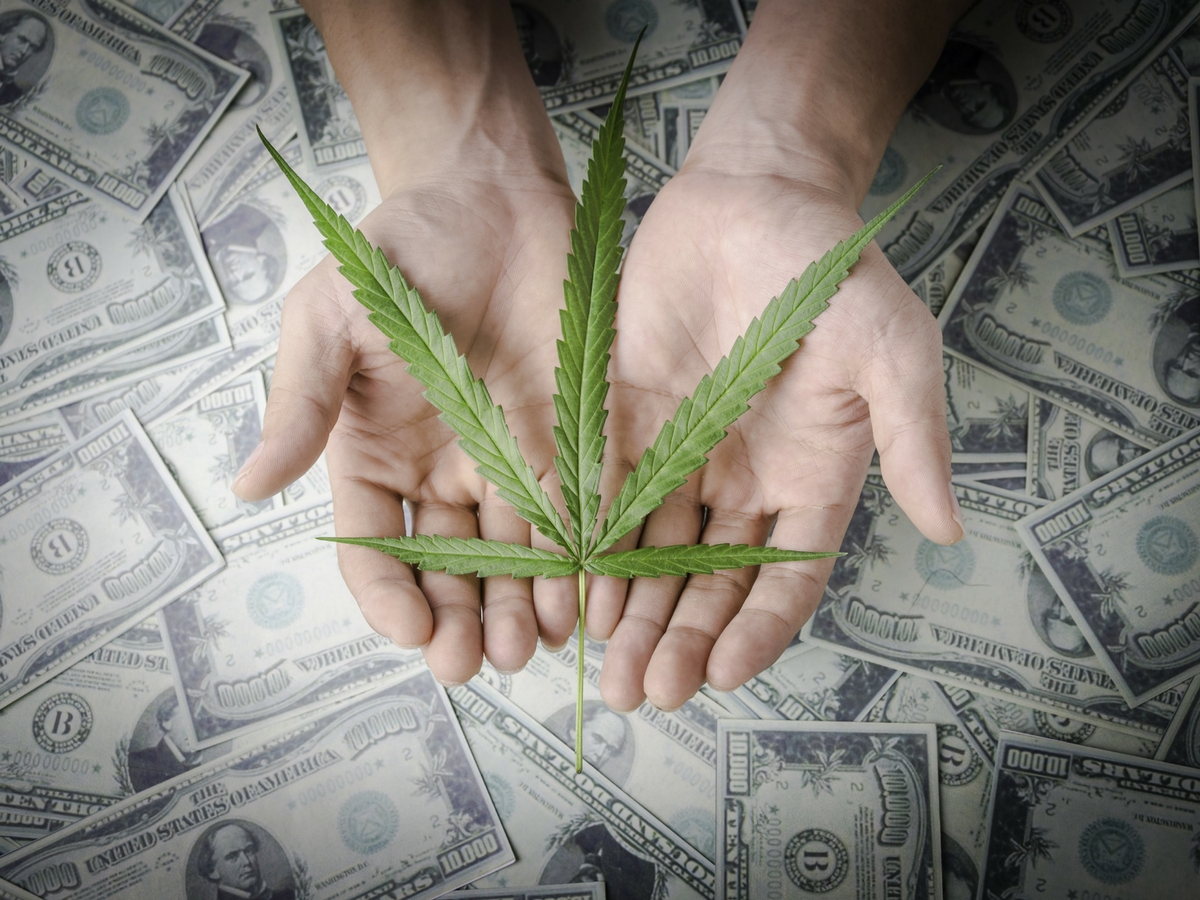 Full disclosure: I’m a marijuana grower who sells cannabis products to associates and friends. I’ve done that for the past seven years and have earned an average of $9,700 per year in pure profit. I grow all the cannabis I can consume, with enough leftovers to supply a select few all the weed they need.

I live in a state that recently legalized marijuana growing and selling for a small group of corporations and well-connected individuals. The rest of us? We’re excluded from the legal marketplace. So that makes me a black-market grower and seller, and damned proud of it.

When legalization first happened, I worried that easier availability of retail buds, edibles and concentrates would hurt my business. And at first I did lose a couple of customers — but they came back to me within a year.

To my surprise, what happened is that increasing acceptance of cannabis widened the pool of potential cannabis consumers. People who never ingested ganja before are using it now, or they’re at least curious about using it.

By being alert and sensitive to their cannabis curiosity, and catering to their needs and concerns, I’ve expanded my cannabis retailing, despite competition from legal dispensaries.

Most of my customers aren’t using cannabis in ways that fit the definition of recreational use.

Recreational consumption makes me recall my younger years of being in college and getting high at a concert, at the movies, at a party, or for getting intimate with a partner.

My use of cannabis in this way wasn’t meant to treat medical problems. It was just a mellow social lubricant, used in the same way some people might use alcohol — to relax, loosen inhibitions, laugh, have fun.

In contrast, people who buy cannabis from me are using it to enhance their lives rather than as a fun escape.

Some of them hold professional jobs in which their employers drug test them. Their cannabis use is risky because of this drug testing, so they wouldn’t use it just to enhance music, sex, or to binge-watch Stranger Things. They use it to get rid of physical or emotional pain and discomfort.

This is certainly the case for one of my clients, who tells me he used to be so worried about his job and finances that he suffered severe insomnia. He tried Ambien, booze, meditation, exercise, and herbs like valerian, but still had trouble falling asleep and staying asleep.

Then he tried some of my late-harvest OG Kush. He told me he now sleeps like a baby.

Another of my clients is a woman who suffers ongoing health issues due to a life-threatening labor. The pain and injury of giving birth was further exacerbated by postpartum depression and the fact that her job only gave her two weeks of unpaid maternity leave.

Following the traumatic labor, her pelvis was so misaligned and damaged, she could barely walk. She began to feel a certain regret that she’d chosen to get pregnant and have a baby, which only served to compound her concern that she was failing as a new mother, and that the pregnancy and childbirth may have permanently disabled her.

This woman had never before considered marijuana. She’d heard it was addictive and bad for your lungs. But during news coverage of the marijuana legalization debate, she read that cannabis had been used in traditional cultures to help new mothers.

She went to a dispensary and procured high-CBD edibles that also contained THC. When she was medicated on cannabis, she had less physical pain, and was better able to provide maternal support for her baby. But medible prices were too high and she wanted a lower-cost alternative from a private supplier.

We were introduced to each other through a mutual friend. I never tell an outsider that I’m a marijuana grower. Rather, I present myself as an intermediary who can procure various strains of cannabis.

I asked her what she wanted from cannabis and found out the cannabinoid ratio of the edibles she’d enjoyed.

The next time we met, I sold her an ounce of bud from a high-CBD strain. I advised her how much to ingest, and recommended she use a vaporizer.

While she never totally recovered from the labor she endured, she continues to use cannabis to alleviate her discomfort. She’s become a committed customer, purchasing an ounce per month and giving me an extra reason to grow a high-CBD strain. 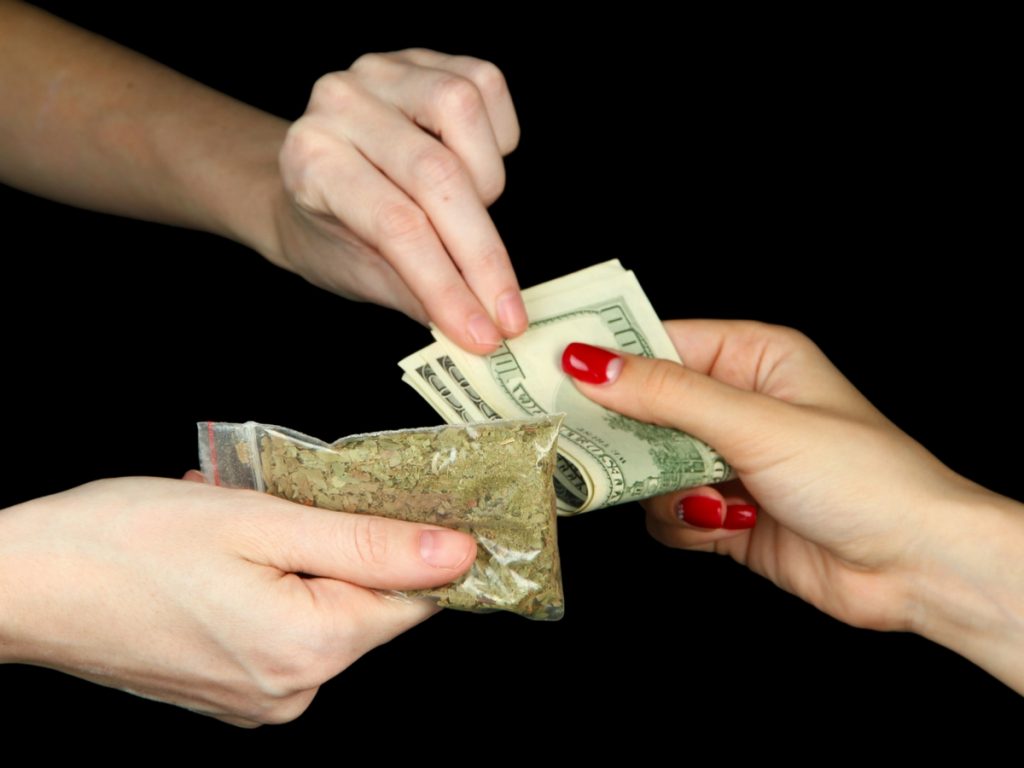 Be Alert To Potential New Customers

Although I’m very cautious about sharing with strangers anything about my marijuana life, sometimes my heart tells me to make a leap of trust.

It happened when I was in a store and saw an elderly gentlemen struggling to move with the aid of a cumbersome walker. I helped him carry his purchases to the handicapped space where his very expensive late-model Beemer was parked.

From what he shared with me about the neighborhood he lived in, his yacht, and his former career as a jet-setting corporate exec, it was clear he was part of the wealthy elite who had everything he wanted — except for good health.

Out of the blue, the old man proclaimed that he wanted to try medical marijuana, but due to his stature in the community and his fear of sullying his reputation, he didn’t want to be seen at a dispensary.

I asked what he knew about marijuana. He was surprisingly well-informed about its benefits, and believed it would likely work better and have fewer negative side-effects than the prescribed painkiller and anti-inflammatory drugs he was currently taking.

Seeing the pain etched in his face and with the hope he wouldn’t nark me out, I admitted I could get him medical marijuana. I told him the price for an ounce of bud and set up a meeting in a few days to deliver his goods.

He was wealthy enough not to be concerned about the price ($450 an ounce). To my delight, I received a very gracious and grateful call from him the day after I provided his first ounce. He felt a lot better, and was sorry he hadn’t tried cannabis sooner.

One of the most amusing things is when a person who used to oppose marijuana legalization suddenly realizes they need the demon weed after all.

A distant relative I’d only see at family reunions was aware that I used cannabis and harangued me about it, saying it would lead to heroin and was a potentially fatal drug.

He was passionately anti-marijuana — until he felt the first tremors of Parkinson’s disease, and tried a variety of prescription drugs that made him feel sedated and depressed.

He’d heard that cannabis helps with Parkinson’s and made a point of initiating an urgent conversation with me about it. I couldn’t believe this virulent marijuana hater was now a potential convert. I didn’t know at the time if cannabis was a useful medication for the degenerative disorder, but after I did the research to find out that heavy indica and Kush helped Parkinson’s patients, I agreed to provide for my relative.

After he became a regular user and told me repeatedly that marijuana seemed to have stopped the progression of the disease, I reminded him of how he used to claim marijuana was bad.

“I guess I was brainwashed,” he admitted, ruefully.

The main thing I want marijuana growers who are also marijuana sellers to realize is that more and more people are hearing about marijuana’s benefits and want to try it, but for whatever reason don’t wish to use the services of a legal dispensary.

My advice is to keep alert during social encounters when you hear people talking about health issues including chronic pain, insomnia, multiple sclerosis, Parkinson’s, depression, spasm disorders, PTSD, anxiety, alcoholism or opiate dependency. These are the people who could potentially benefit from medical marijuana.

Make sure you feel total safety before sharing any information about weed, but if the opportunity arises, see if the person is interested in procuring cannabis and is willing to pay your asking price.

You’ll find as I have that many potential cannabis users don’t want to go to a dispensary and would rather deal with a private supplier.

That’s why I’ve seen my customer base and sales volume increase rather than decrease post-marijuana legalization.

Vapor Trail: Using Vape Temperatures To Get The Best Out Of Your Cannabinoids & Terpenoids
We’re Bonkers For Dronkers: All About Heritage Strain Skunk #1 And The Man Behind It