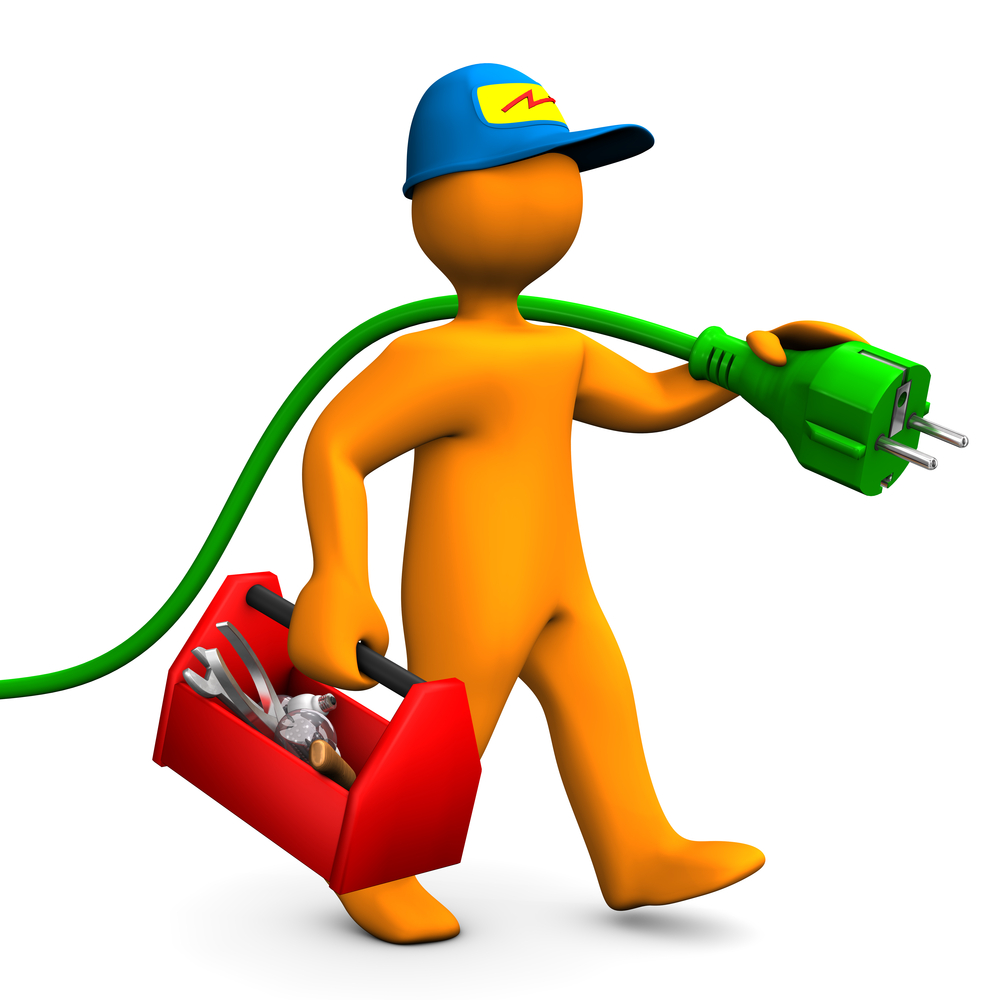 One of the biggest hassles I’ve experienced as a marijuana grower is I’ve needed to convert houses, apartments, rooms, barns, and garages into marijuana grow ops…but I lack the skills to do the conversions myself.

It’s a security risk to employ outsiders to help you with the important skilled constructions trades work that has to be done if you want a safe, productive marijuana grow room.

I don’t want outsiders to know I grow marijuana. Not even those guys who advertise as a “handyman” at the medical marijuana dispensaries or in marijuana forums.

Some marijuana growers trust family or friends who have skills in the trades, but as we’ve pointed out repeatedly, the less people who know you grow marijuana, the better.

My dad didn’t teach me any handyman skills or skilled trades when I was a kid, and so I’ve started to learn them now that I’m an adult…because I have to build marijuana grow rooms.

It’s hard for me to learn, but I need the independence and empowerment self-reliance of being able to do things myself instead of hiring so-called professionals.

I can tell you one thing for sure, if you learn to be an electrician, it helps you as a serious indoor hydroponics marijuana grower.

Electrical problems are lurking in almost every home, old or new. Panel boxes, circuit breakers, attic and wall wiring, and outlets are not designed to handle the unique loads and start-up spikes you get in an indoor hydroponics marijuana garden.

If you call an outsider electrician, you risk security breaches. Many electricians are familiar with the kinds of electrical problems marijuana growers have, so even if you’ve shut down your grow room while they’re around, they may easily suspect why you need the electrical work you’re asking them about.

When you ask an electrician to wire 30-amp circuits upstairs, install a new 200-amp/30-circuit panel, or even do minor marijuana growing electrical upgrades, the electrician might suspect you’re running a marijuana grow op.

Why should you worry if the electrician figures out you’re a marijuana grower? Here’s why:

The electrician is a businessperson. As with many businesspeople these days, he or she might not do a great job for you, or there might be money disputes about billing and services.

One of the main reasons I’ve started learning construction trades is that about half the time when I’ve employed contractors I’m not satisfied with their work, work habits, or integrity.

If you’re not a marijuana grower and an electrician rips you off, you can take him to court, sue him, report him to the Better Business Bureau, etc. You don’t have to worry about what the electrician knows about you.

All the electrician can do is attempt to justify the quality of his work, or make things right with you, or run away with your money never to be heard from again.

But if the electrician suspects you’re a hydroponics marijuana grower, regardless of whether you’re in a medical marijuana state or a legalized marijuana state like Washington or Colorado, he can do a lot more than just show up in small claims court arguing that he wired your house properly.

He can threaten to nark your marijuana grow op, or actually nark you.

Or come back to your dwelling and rip you off, or he can send thugs to beat you or shoot you.

I know harmless, good-karma marijuana growers who’ve had terrible things happen to them because they had business disputes with home services contractors.

It’s an underground, black market world when you grow marijuana, and you open yourself up to the dark side of life by growing cannabis in a world of potential narks.

The simple fact is that most dwellings have unsafe electrical infrastructure for anyone running a marijuana grow op, even a marijuana garden as small as a 1000-watt HID and a few other electrical loads.

Running a 1000-watt HID lamp, a digital ballast, a couple of fans, and climate control off the outlets/circuit in one room is almost certain to put an overload onto your wiring, circuit breakers and panel box.

The risk of fire is very real and if you have a grow room fire it can be very bad for you.

For example, if you have homeowner’s or renter’s insurance and you have a grow room fire or electrical meltdown, the insurance company can refuse to cover your losses.

If the fire department comes to put out a fire at your place, and discovers a marijuana grow op, they’re obligated to call in the police.

And even if you’re in a legal marijuana jurisdiction, if you’ve had a grow op-related electrical fire, you can count on being busted for endangerment, code violations, and other infractions.

The safest thing to do if you want to run an indoor grow room is to learn to be an electrician. Learn as if your life depends on it.

Then replace your panel box, pull out all your old wiring and install new, modern wiring and outlets.

Carefully plan your grow op electrical loads ahead of time, and retrofit your entire dwelling and grow space electrical infrastructure ahead of time…and you get maximum peace of mind.

Electricity is crucial for an indoor marijuana grow op, but getting it from the municipal electrical supply isn’t absolutely necessary in some cases. You can use generators, solar panels, and wind turbines in an attempt to generate your own electricity.

These alternative sources of electricity don’t negate the need for you to install a professional panel box, new wiring, circuit breakers, load managers, flip boxes, outlets and other electrical infrastructure.

But they do lower your energy-use profile so electricity companies and cops can’t as easily look at your fast-spinning electricity meter and figure out that you’re running a hydroponics cannabis grow op.

Learning to be an electrician can be fun, or it might just be hard but necessary learning.

I’ve only nearly electrocuted myself once! It’s easy to find vocational schools, online courses, book courses, or electrician apprentice programs you can get into.

Sure, it requires effort and investment to learn how to be an electrician, but it’s worth it for a marijuana grower to do so.

I’ve only nearly electrocuted myself once! It’s easy to find vocational schools, online courses, book courses, or electrician apprentice programs you can get into.

You also need to familiarize yourself with any applicable government codes relating to equipment, installation, wiring, and other electrical work.

Your work must comply with those codes, which in most cases are meant to ensure safety.

Sure, it requires effort and investment to learn how to be an electrician, but it’s worth it for a marijuana grower to do so.

Please note that nothing in this article in any way advised you to bypass regulated North American electrical standards.

Obviously electrical wiring MUST be performed to code and any deviance from electrical code is unacceptable and illegal.

In fact, that’s one of many reasons that I’ve advised you to become an electrician yourself.

I’ve personally experienced situations where I hired a licensed electrical contractor, paid for a county code inspector to verify code compliance, and discovered later on that the work had been done wrong.

If you properly train yourself, and comply with all electrical code, you can be sure the work is done right and per your specs, and avoid potential trouble with outsiders doing work for you.

When you know you’ve got the skills to troubleshoot, design, repair, and retrofit your electrical system to make your hydroponics marijuana grow room 100% safe without having to call in an electrical contractor, you’ll feel proud, empowered, and more at ease.

As an added benefit, now that marijuana legalization has created a booming new marijuana industry in places like Colorado, electricians who know how to wire grow rooms are in big demand.