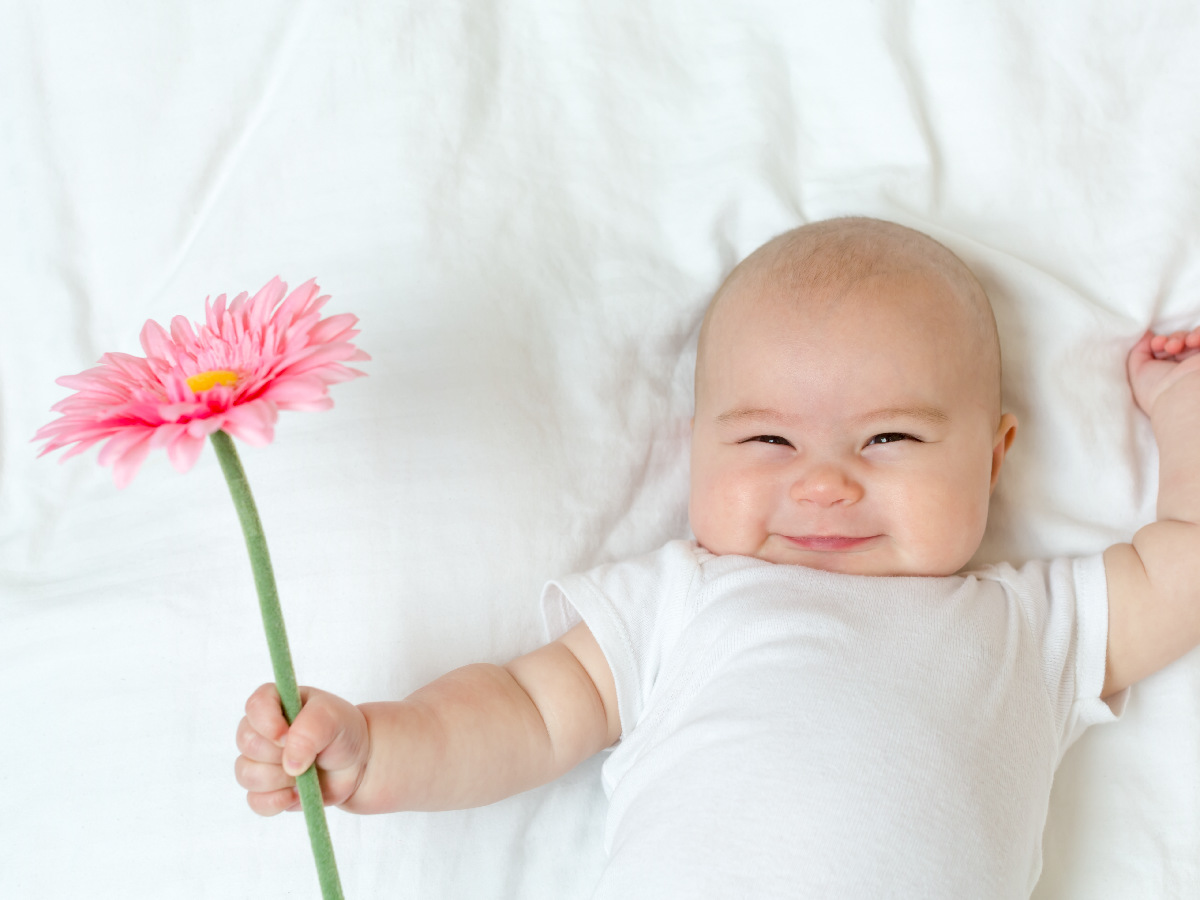 In a previous article, we explained that using pesticides like Avid, Eagle 20, and Floramite on marijuana plants could damage growers, consumers, the environment and cannabis plants.

Currently agricultural and landscaping poisons are not recommended for use on marijuana, and it’s unlikely any ever will be, because these poisons can be harmful to consumers when combusted or vaporized. Such pesticides also harm consumers of edibles and concentrates that are made from contaminated marijuana plants.

And not only that, growers can be harmed when applying these poisons to plants, unless they’re wearing protective gear and inhalers.

But a significant percentage of growers use poisons. Who are they? Some belong to drug cartels and outlaw motorcycle gangs who care only about profits, not about the health and safety of their growers, consumers or plants.

And yet there are marijuana growers among us, some of them home-based and small-scale, who innocently use these poisons to fight such common garden invaders as spider mites, thrips, aphids, mealybugs, whiteflies, fungus gnats, caterpillars and powdery mildew.

Here’s an excerpt from an email we received from a marijuana grower who admitted to using the miticide Floramite:

“I read your magazine all the time. You help me fix problems and get more profits from every harvest. I count on marijuana to pay the bills so when I found out my wife was pregnant with our first child, I counted on my harvests to keep giving me the same profits or better so I could spend it on our baby.

“Then spider mites got onto my plants. I tried spraying them off with strong hot water spray. I tried horticulture soap, Azamax, and Mighty Wash. I sprayed almost every day for three weeks. It would look like the mites were all gone but then they’d come back. … I couldn’t figure out how new spider mites could be getting in.

“By now the plants were in the second week of bloom. I knew if I don’t stop the mites now I’ll lose the whole crop, and I couldn’t afford that, so I used Floramite. After a week of spraying, the mites were gone and they stayed gone. I thought the buds tasted fine but one of my customers said they tasted funny and I had to give him his money back. In a perfect world, I’d never use Floramite, but did I have a choice?”

We’re all growers here. We understand the need for reliable income from each grow season. We understand the fear and frustration we face when fighting powdery mildew, spider mites and botrytis (a.k.a gray mold), the top three culprits that harm grow ops.

When growers use dangerous products like Eagle 20 fungicide, or pesticides Avid and Floramite, it’s most often powdery mildew or mites they’re attempting to put an end to. No doubt these poisons eliminate mites or mildew in almost all cases. But ask yourself if the benefits outweigh the risks.

The Manufacturer Warnings Tell Us All We Need To Know

Floramite’s manufacturer says the following regarding directions for use:

FLORAMITE SC/LS is a selective miticide for the control of a variety of mite pests on the following plants:

FLORAMITE SC/LS can be used only in the following areas where these plants are grown and / or maintained in containers or in the ground:

Do not use FLORAMITE SC/LS on ornamentals grown and / or maintained in interiorscapes or for commercial production, such as in greenhouses, shadehouses and nurseries.

This pesticide is toxic to birds, estuarine/marine invertebrates, and fish. To protect the environment, do not allow pesticide to enter or run off into storm drains, drainage ditches, gutters or surface waters.

Let’s say you’d chosen Avid instead of Floramite. According to the manufacturer’s safety data, Avid can cause:

If you had been fighting powdery mildew instead of spider mites and had chosen to use the toxic fungicide Eagle 20, the manufacturer advises that,
especially in enclosed areas, the user must wear full protective clothing including long-sleeved shirt and long pants, chemical-resistant gloves made from barrier laminate, shoes and socks. The manufacturer also claims that overdosage of your plants with Eagle 20 can result in observable foliar greening, thickened leaves, and/or shortened internodes.

Most importantly, the Eagle 20 manufacturer’s label clearly states:
Do not use treated plant materials for food or feed.

How Much Danger Do You Want To Create?

So you see that as a marijuana grower, when you use toxic pesticides and fungicides, you automatically create health risks for yourself and anyone else in your immediate environment.

If we were in your situation, especially with a pregnant wife at home, we’d be alarmed to see the manufacturer of a pesticide specifically warning us about potential harm to an unborn baby.

Because marijuana is illegal on the federal level, there’s been little legitimate research on the safety of using any type of pesticides or fungicides in cannabis cultivation.

Most risk data comes from research into use of these products on food crops, ornamental plants and trees, golf courses and tobacco.

The evidence suggests that pesticides and fungicides persist in the environment and in and on whatever they’re applied to, and that they endanger people and organisms wherever they’re used. I urge you to read this report, titled Pesticide Use in Marijuana Production: Safety Issues and Sustainable Options, from Washington, D.C.-based nonprofit Beyond Pesticides, which contains a comprehensive examination of marijuana cultivation toxicity issues.

We highlight the report’s conclusion that “pesticide use in the legal cultivation of cannabis … raises serious concerns about protection
of public health and the environment.”

One is the use of paclobutrazol, or paclo, on cannabis crops.

Products made by the likes of General Hydroponics contain this plant-growth retardant and fungicide that allegedly makes buds harder and denser. But research suggests that paclo used on cannabis crops may create health risks for humans and animals, including damage to the liver and gastrointestinal system.

Another toxic problem is the use of inferior hydroponics nutrients and fertilizers that contain heavy metals.

Marijuana plants are biological vacuum cleaners that are efficient at taking in and storing whatever is in their environment — including heavy metals.

There are toxicity problems associated with heavy metals and cannabis, including potentially radioactive crops.

So we’ve seen that using products from Eagle 20, Avid and Floramite on cannabis crops creates risks for the grower, people in close proximity to the grow room, and people who consume contaminated cannabis.

One might also consider that cannabis attackers including spider mites and powdery mildew are adaptive. The use of poisons has created adaption, resistance, resilience, even mutation for many of these organisms; they’re evolving to be immune to eradication efforts. So it’s an unfortunate irony that, as marijuana growers use poisons, they create stronger mites and predators that are proving more difficult to eliminate with said poisons.

A major commercial grower we spoke to said that he believes it’s OK to use toxic pesticides on clones, seedlings, and until the third week of grow phase.

“I use as little as possible,” he explained. “After I’ve eliminated the target organism, I wash my plants and flush the root zones to remove residue. I have my buds tested. If the lab detects even the slightest amount of residue, I trash those buds. Have I lost thousands of dollars because of that? Yes. But it’s the right thing to do.”

Following The Precautionary Principle May Help You

In conclusion, we’d ask you and all marijuana growers to consider a guiding idea called the precautionary principle.

This principle can be summarized as follows:

“When an activity raises threats of harm to the environment or human health, precautionary measures should be taken even if some cause and effect relationships are not fully established scientifically.”

You can read more about the precautionary principle at the Science & Environmental Health Network.

Over time, we here at BigBudsMag.com will explore methods for safeguarding your marijuana grow op so you never have to deal with pesky marijuana invaders like spider mites and fungus.

We’ll also explore the least harmful methods for fighting those enemies if they should somehow penetrate your grow room defenses.

It’s not up to us to make moral decisions for you or to force our ethical code onto you.

However, we must advise that in the extensive grower and marijuana industry network we have, no one said it was smart to use agricultural poison in your grow room, especially when you have people or pets in or near the grow house.

Ask yourself if the money you’ll make from your cannabis crop is worth the risk of using agricultural poisons on it.

Because, let’s face it — if your crop is harmed or destroyed by mites or powdery mildew because you choose not to use poisons on your crops, you lose some money.

But if you use a toxic miticide or fungicide, you lose a lot more than that.

It’s up to you to decide what you value the most.

High On The SCROG: The Pros And Cons Of Screen Of Green Marijuana Gardening
Get Your Comprehensive Hydroponics Nutrients Feeding Recipe The Easy Way