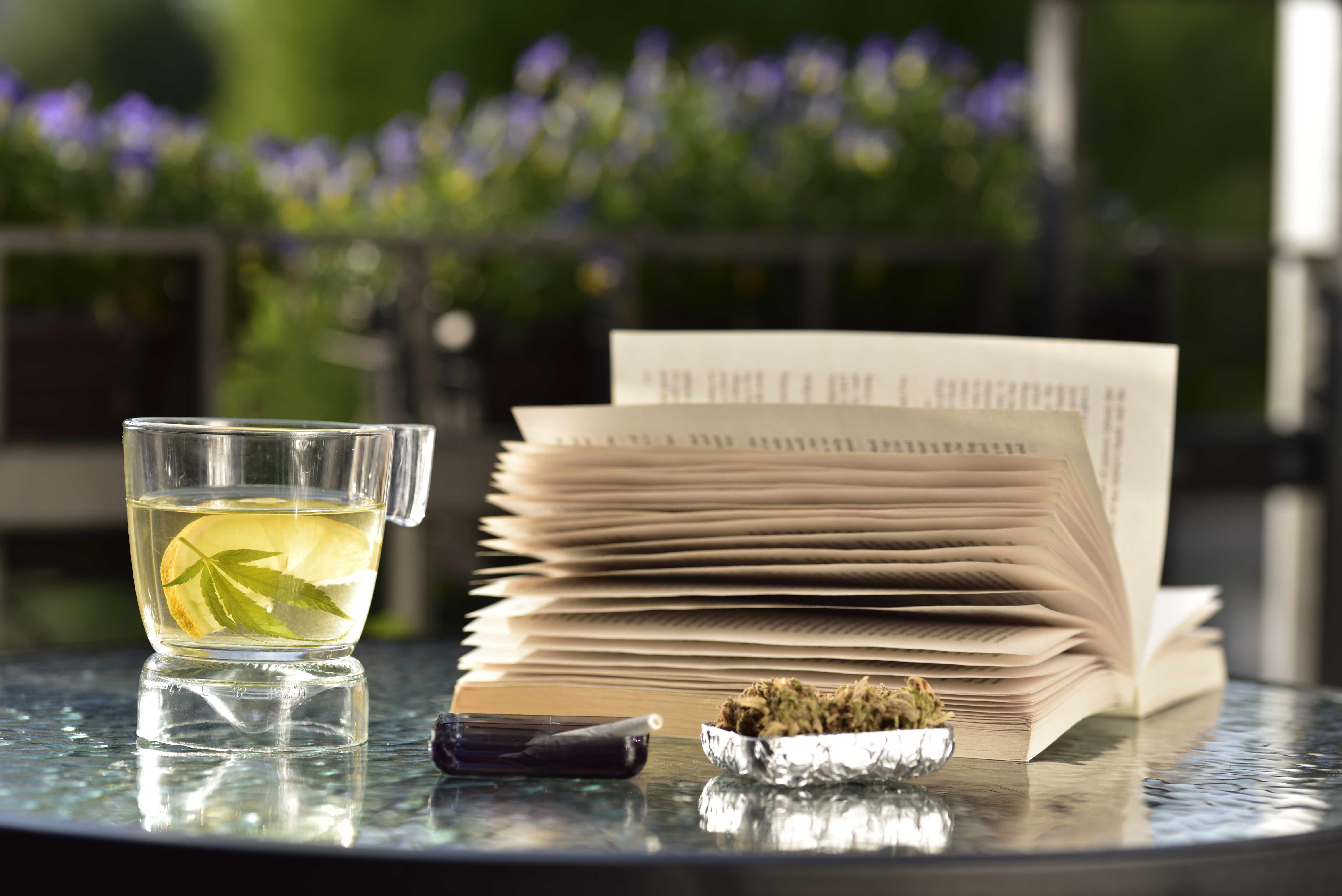 When it comes to cannabis, knowledge is power. Marijuana growers benefit from having a library of grow books on hand whose pages they can leaf through for ideas, solutions and technical advice.

For that reason, I’ve compiled a list of must-read, go-to books about growing and consumption of this medicinal, magical plant. Not only has this collection of should-be bestsellers improved my grow ops, it’s also educated me about the fascinating origins, evolution and development of cannabis genetics, and shown me the diverse cultural and medical uses of cannabis. Some of these books have even helped me use cannabis more intelligently.

If you’re not a person who reads purely for enjoyment, the works I’m sharing with you will still be very useful as reference manuals.

Indeed, many of these books contain maps, charts, diagrams, and stunning photos as well as works of art. They show the cannabis plant in all its glory as a growing plant, and also what happens after harvest to process, cure and dry (and in some cases, make concentrates out of) the buds.

Some of these books are more like academic tomes, and they admittedly aren’t inexpensive. But if you’re a serious marijuana grower who loves growing cannabis and wants to have an ocean of useful information on hand about growing and best uses for your plants, then each of the following books is well worth the investment.

Please Note: Some of these marijuana books are available as electronic editions, in case you prefer digital over paper.

Marijuana Botany: An Advanced Study: The Propagation And Breeding Of Distinctive Cannabis

Marijuana Botany isn’t a how-to marijuana grow book. It doesn’t show you how to build a closet garden, hang grow lights, or install an air conditioner.

What it does do is focus on marijuana propagation via cloning, marijuana seeds, and other more obscure methods of cultivation.

It also gives you all the information you need to breed connoisseur cannabis strains nobody else has seen before. On its pages, you’ll discover the development cycle of male and female flowers, how to gather pollen and pollinate female flowers, how to clone, how to keep detailed notes, how to select for desired traits and unselect for undesirable traits, and much more.

In its academic, scholarly, detailed manner, Marijuana Botany explains low-tech growing, and the section on harvest timing in particular is accurate and necessary.

I’ve read this book dozens of times since I first got it in the 1990s. I’ve had to buy new copies because I wore the old ones out, or people stole them from me.

Unlike other grow books written decades ago, Marijuana Botany hasn’t become outdated. Perhaps its timeless quality is due to the fact Clarke doesn’t focus on grow-room equipment or cultivation trends that were current then, yet have since become old school or obsolete. Instead, the book focuses on botanical procedures and information that’s timeless and always relevant.

Robert Connell Clarke is one of the most erudite, wise and respected cannabis scholars of the past few decades. If you like to make traditional cannabis concentrates and enjoy mouthwatering photos, I highly recommend another of his books, Hashish.

In great detail, this fantastic read traces the history of cannabis, including the many methods people once used for collecting resin glands and processing in an era long before dabs, CO2 extraction, and other more tech-savvy methods of cannabinoid and terpenoid extraction came on the scene.

I bought the first version of Jorge’s Marijuana Horticulture: The Indoor/Outdoor Medical Grower’s Bible soon after it was published in the 1980s, when it was focused only on indoor cannabis growing, and most of that focus was on closets or small grow rooms.

Now author Jorge Cervantes has expanded the scope of the book to a massive size, with more than 500 pages and 1000-plus color photographs and graphics that show you almost every nuance of growing in all configurations including indoors, outdoors and in greenhouses.

Unlike other authors who may have long ago penned a useful volume about growing but never updated it to reflect the rapid changes in technology — i.e., grow lights, air conditioners, strains, cultivation smart devices —  Cervantes has gone all out to update his book.

He crowdsourced the updates, utilizing hundreds of academic and grow advisors, and has included new data and techniques not mentioned in earlier editions of the book.

If you had the option of owning only one marijuana grow book, make this the one.

Jorge Cervantes is a beloved elder statesman of the marijuana grow community. Aside from Ed Rosenthal, Cervantes has been writing about growing longer than anyone, and his work has stood the test of time, in part because he’s kept up with new media by making marijuana cultivation videos.

While videos can’t do it all, all marijuana growers should have a copy of Jorge’s Marijuana Horticulture: The Indoor/Outdoor Medical Grower’s Bible, currently in its fifth edition.

This technical, university-level agricultural textbook boasts a hefty $150 price tag, but don’t let that scare you off its purchase. The money you will save by using the book as a reference guide to protect your plants will more than pay for its purchase price.

Simply put, Hemp Diseases And Pests is the ultimate, most comprehensive guide to every nonhuman attacker that could ever threaten your marijuana plants.

Don’t let the title fool you. It’s about marijuana, not just hemp. Although this book does deal with hemp — the non-psychoactive and industrial version of cannabis — it includes every pest and disease that plagues marijuana plants.

Highly scientific and rigorously researched, the book shows you grow conditions that favor each pest and disease, what these pests and diseases look like, how to detect them, and how to stop them without ruining your marijuana or endangering people who consume your buds.

Given that it’s an agricultural field manual, Hemp Diseases And Pests does describe the use of chemical poisons to stop some pests and diseases, but it also provides plenty of nontoxic strategies for interdicting them, and has a fascinating description of using beneficial insects that attack cannabis pests.

It also contains the best descriptions of pest life cycles I’ve ever read. This is useful because many marijuana growers faced with spider mites, aphids, scale (a.k.a mealybugs) and other attackers often initially eradicate the pests they first see, unaware that the pests have laid eggs that’ll soon hatch and start the infestation all over again.

One of the best features of this book is its thorough scientific details to help you identify the many problems that plague marijuana plants. The huge selection of color pictures showing you examples of each problem is of great benefit.

Written by Dr. John McPartland, Robert Connell Clarke and David Watson (all heroes in the worldwide cannabis movement), this is essential for all growers, especially those running large-scale grow ops. 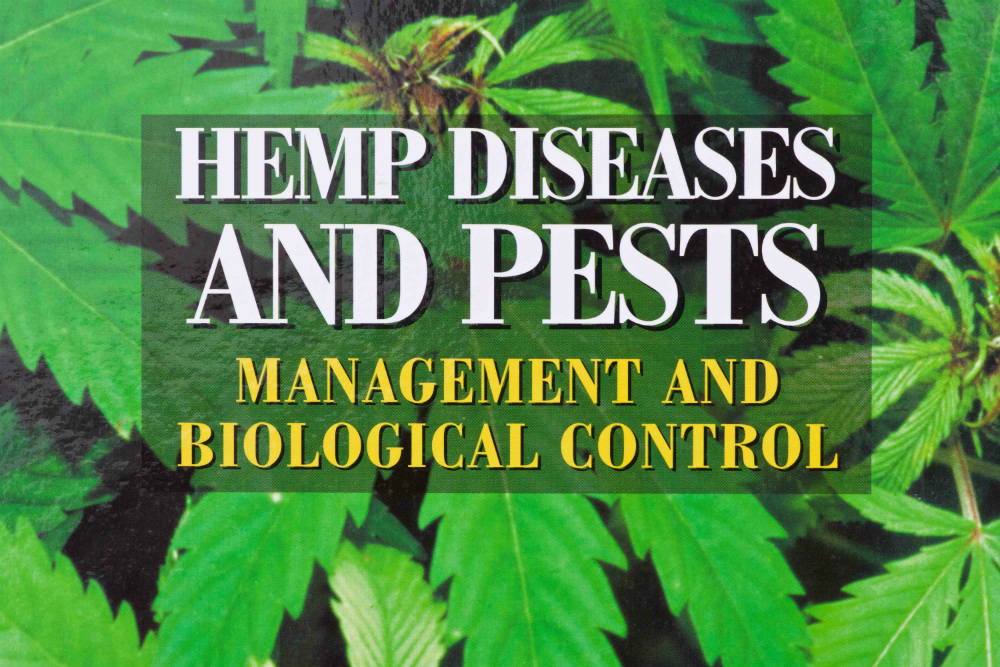 A pocket-sized guide packed with concise text and great photos to help you identify and remediate emergency marijuana grow-op situations caused by nutrient issues, cultivation mistakes (such as overfeeding), pests — like spider mites, aphids, fungus gnats, caterpillars —diseases such as gray mold, and pretty much almost every cultivation problem a marijuana grower could encounter.

Many a time I’ve brought Marijuana Garden Saver into my grow room or outdoor garden and held various photo pages up next to my leaves to see if I had a match to the problem I was seeing. And let me tell you, this is an ideal diagnosis tool!

While some of the explanations and diagnoses presented in Marijuana Garden Saver could be seen as incomplete or a matter of debate, in general, this book is worth gold.

It’s one of many grow books edited or written by grow guru Ed Rosenthal who, along with Cervantes, was one of a handful of pioneering marijuana cultivation writers working for High Times or Sinsemilla Tips long ago, before marijuana growing was legal anywhere.

Both Cervantes and Rosenthal risked incarceration to produce those early grow books and cultivation columns in High Times. Rosenthal in particular was hounded and prosecuted for exercising his right to horticultural freedom of speech. He made a courageous stand in federal court, and after being found guilty in what amounted to a sham trial, he angrily denounced a federal judge on the steps of the courthouse.

Check out the below YouTube video of Modern Grower trimming cannabis with Rosenthal.

The last book on the list isn’t a marijuana grow book per se, but I consider it essential for growers because it explains how to use cannabis intelligently for medical and life-enhancing purposes.

The Cannabis Health Index: Combining the Science of Medical Marijuana with Mindfulness Techniques to Heal 100 Chronic Symptoms and Diseases may be a mouthful of a title, but it’s also the most science-based and well-organized of many books that claim to explain how to intelligently use marijuana.

As marijuana legalization and societal acceptance increases, more people are becoming interested in using the plant, but they are unsure how to do so.

A new type of marijuana user is entering the fray — someone who isn’t a “stoner” but wants marijuana to fit in with their successful, healthy, functioning lifestyle.

Many new users are also looking to replace opiates and prescription drugs with marijuana.

Written by Uwe Blesching, The Cannabis Health Index offers reliable advice based on accurate studies, and Blesching has a holistic perspective that comes from studying alternative healthcare reliant on plant-based medicines and natural remedies rather than on the Food & Drug Administration and pharmaceuticals.

Even if you’re healthy and your life is great, you probably know somebody who isn’t doing so well, and cannabis could help them.

As a grower, I’ve used the details in this book to help relatives and friends understand why in some cases marijuana is a safe, effective medicine for glaucoma, depression, inflammation, combatting the side-effects of chemotherapy, and Parkinson’s disease. The knowledge I’ve gleaned from The Cannabis Health Index has increased the number and type of people I provide cannabis to medicinally, which boosts my entrepreneurial goals.

I also appreciate the section of this book on mindfulness. While difficult to define in a nutshell, mindfulness involves paying attention to your feelings, thoughts, physical posture and structure, breath, attitude and actions so that you may act intelligently and ethically, rather than from compulsion, bad patterns, unhealthy habits, twisted thoughts and self-defeating pathologies.

I’ve invested several hundred dollars in my marijuana grow book library, and it has paid off many, many times over. Do yourself and your marijuana plants a favor and get hold of these grow books.

From Going Green To Keeping Clean, These Are The New Year Resolutions Every Cannabis Grower Should Consider
All You Need Is… Air? Aeroponic Marijuana Growing Explained