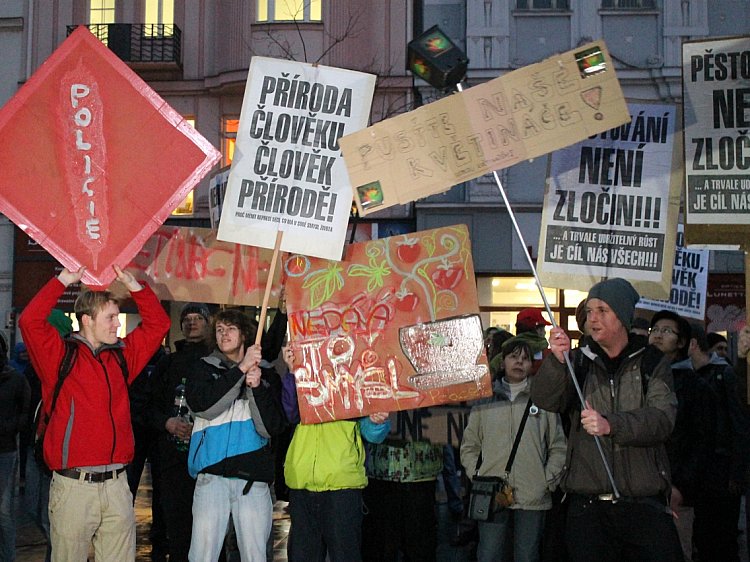 By Big Buds Josh | Published: November 14, 2013
Powerful interested in the Czech Republic are siezing that country’s medical marijuana industry by closing community growshops. Can the same thing happen in America?

Last week, the global marijuana grower community was shocked and outraged at the unexpected raids of over 50 growshops throughout the Czech Republic. Charged under the guise of “promoting drug abuse,” inventory was seized and arrests were made.

A mere four days later, Big Buds travelled to Cannafest in Prague, one of Europe’s premier medical marijuana gatherings, and discovered that even in the “Amsterdam of the East,” the forces of government and big business are conspiring to control and profit from the decriminalization of medical marijuana, at the expense of both small growers and financially burdened patients.

Upon arriving at Cannafest, we met up with Robert Veverka, chairman and spokesperson of Legalizace.cz, the country’s most vocal advocate of marijuana legalization. Since being spurred into action by the raids, the Legalizace booth at Cannafest has become a hub of activity. The main goal is promoting a protest that will take place that evening in the Old Town Square. The booth is buzzing with volunteers who hand out fliers, make buttons and collect signatures.

Robert himself is a bit of a poster boy for legalization in the Czech Republic, and several young fans ask for photos. As we sit to chat, he admits that much is still unknown about the recent raids, none of which actually took place in Prague. However, Robert’s theories as to the reasons behind the raids spotlight the stranglehold that the Czech government and big business are trying to keep on the emerging medical marijuana industry.

Long known as a haven for recreational marijuana due to relatively relaxed laws, in spring of 2013, the Czech Republic became the first European nation to legalize marijuana for medical uses, making the drug available at pharmacies with a doctor’s prescription.

This seemingly good news was greeted with skepticism when it was revealed that health insurance would not cover medical marijuana, and that only foreign-sourced MMJ, from Israel and the Netherlands, could be sold the first year. This was seen as keeping the cost of marijuana unreasonably high for patients, as well as enriching a few large foreign players who would supply the meds.

Of course, one of the major benefits of marijuana as medicine is that anyone can grow their own. This is a huge threat to the highly profitable global Big Pharma industry. These interests don’t want to see the sick and elderly growing their own medicine, undercutting the cost of supply in legal pharmacies or even the black market. Folks like Robert are certain that the current moves against grow shops are another step taken by the authorities to maintain the monopoly on growing marijuana.

That night at the protest, pro-MMJ music plays out a quickly rigged sound-system Robert and other pro-marijuana advocates (including a representative of the Pirate Party in full Captain Jack regalia) speak to the modest-sized crowd. It seems that despite the influx of MMJ enthusiasts found at Cannafest, few want to bother standing out in the cold for a few hours to fight for their rights. Perhaps it’s simply a lack of time and planning. Legalzice.cz’s annual Million Marhiuana March draws tens of thousands of people each spring. But it could also be that since Prague was not directly affected, folks in the city aren’t incited to act.

Prevent Marijuana Corruption In the U.S.

Perhaps it’s simply a lack of time and planning. Legalzice.cz’s annual Million Marihuana March draws tens of thousands of people each spring. But it could also be that since Prague was not directly affected, folks in the city aren’t incited to act. This apathy is a huge warning. The fact is, what is currently occurring in the Czech Republic could happen anywhere. As marijuana for medicinal and recreational purposes becomes more accepted in the U.S., we must now be on-guard, not just from the authorities who still wish to prohibit MMJ, but from the powers that will attempt to monopolize the market, locking out the entire industry of independent growers, and even home growers, so that they can raise prices and profits.