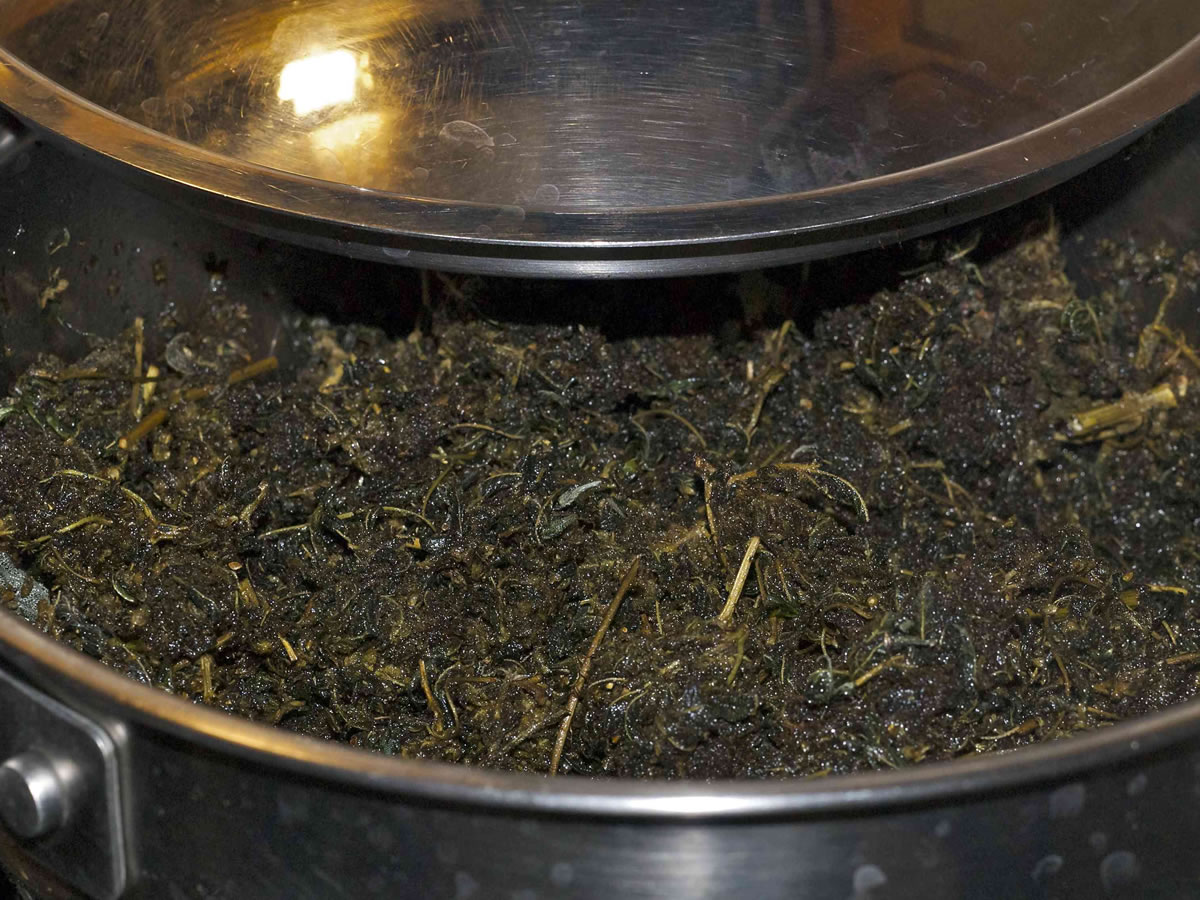 I made a big mistake trying to make and use marijuana medibles, and it’s a mistake many others have made. I’m going to share what happened, so you avoid the mistake!

The first thing is, I love experimenting with edible and topical cannabis, and this time I wanted to make the perfect base oil to use by itself as an edible, to use to make food with, and to use as a topical oil.

If you’ve read my other articles, you know marijuana oil is great for massages, and it’s also great as a sexual massage oil.

But this time I was focused on cannabis medibles, and in the past my oils had tasted and smelled strongly of marijuana.

This time, I eliminated most of the marijuana smell and taste by water washing my buds.

You water wash  by placing your buds in a large stainless steel or glass bowl, and soaking them in room temperature distilled or reverse osmosis water that you pour off every 12-15 hours for five days.

Every time you pour off the water, more and more chlorophyll and other non-medical, non-psychoactive plant colorants and flavorants pour off, but you don’t lose any beneficial cannabinoids or terpenoids.

After five days when my pour-off water was running clear, I was ready for step two, which was to bake my cannabis in the oven at the lowest possible temperature (150F) until the material was reasonably dry.

This took two hours, and it was where I made my first mistake in creating marijuana coconut oil.

I needed the material reasonably dry because if you have moisture in cannabis oil, it can make the oil go rancid or get mold, or both.

But by baking it for so long, I too much decarboxylated and therefore changed the chemical nature of THC, so that it degraded to cannabadiol (CBD). The results of that I’ll explain later.

My second mistake was in using too much high-quality marijuana buds with too little coconut oil, and cooking the oil/marijuana mixture at too high a heat for too long.

When you make marijuana coconut oil, you only want to barely cover the buds with the oil. I used 24 ounces of coconut oil, and it covered the buds.

But I used too much buds, about three ounces of the highest grade TGA Genetics Jesus OG Kush strain uncured raw buds.

I also used too high a temperature (230F) for too long. Again, I was destroying THC.

Based on my past experiences making marijuana butter and marijuana oil, I figured that a teaspoon of this medicated oil would buzz me hard for 4-7 hours. I also anticipated an entertaining mixture of body and mind effects.

I took the oil on an empty stomach, started doing some yoga, and settled in to wait for the fun.

About 35 minutes later, I was doing a standing yoga posture when the oil kicked in and buckled my knees.

Within an hour, I was crawling around like that scene in The Wolf of Wall Street where Leonardo DiCaprio overdoses on Quaaludes.

I felt like someone had poured molasses into my veins and muscles. Getting up was NOT an option. I slithered around my house, astounded by the oil’s body-sedating power.

If I was a medical marijuana user who needed pain relief, sleep, or muscle relaxation, this stuff would be fire. But I like to get HIGH, and this was no high.

I did what you’re supposed to do when you’ve ingested too much edible marijuana… I ate a lot of regular food, drank lots of water and green tea, and crawled into bed.

When my brain came back to me and I was able to analyze what went wrong, I realized I’d overcooked my weed twice—once when I was drying it, and then again when I was extracting it into oil.

If I hadn’t heated away all my THC, the fact that I used too much marijuana wouldn’t have mattered so much.

My intoxication would have been a soaring head high, not just a couchlock body high, and all I’d have had to do is eat less oil next time.

As it was, that whole batch of oil is destined to be used only when I have menstrual cramps, pain from sports injuries, or other pain.

If I find a cancer patient who’s suffering a lot and can’t afford to make oil, I’ll just give this super-potent marijuana coconut oil to them.

I wasted three ounces of fine marijuana, and some coconut oil, and experienced a sledgehammer CBD high.

Discussing marijuana coconut oil with other growers and processors, I learned it’s hard to water wash marijuana and dry it without baking away your THC.

I’m not going to water wash anymore. I’ll just put up with the taste… because I love my THC.

Please note I don’t back all the instructions in the embedded marijuana coconut oil videos, but they’re good to watch anyway.

And if you have some extra dry sift, bubblehash, or kief, you can make edible oil with those cannabis concentrates too, and get even higher.

I hope my marijuana food story clues you in on what NOT to do when you get into making marijuana edibles!