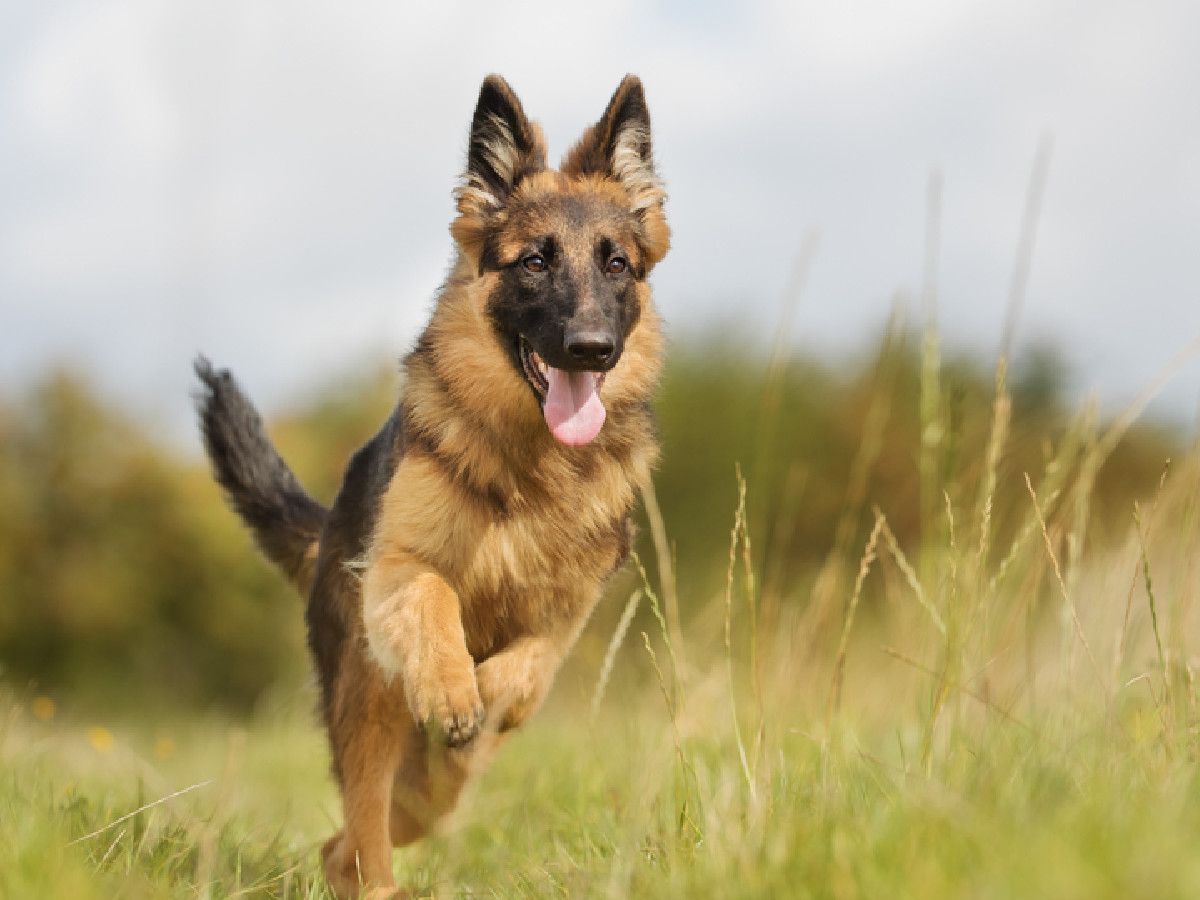 Read how a dog owner tried to save his cancer-stricken German Shepherd using medical marijuana.
By Kim Carlyle | Published: July 25, 2017

A few weeks ago, he noticed Roxy was having problems with her mouth.

Edward brought Roxy to a vet, who told him the dog’s condition was minor, and related to her saliva glands.

“One day Roxy was her usual self, following me around, racing up and down the stairs. The next day her eyes were glazed and she just laid down like she was going to die. She wouldn’t move, eat, or go to the bathroom,” he recalls.

Edward brought the dog back to the vet’s office, where she was seen by a different, more experienced veterinarian.

The veterinarian said the previous diagnosis has been very wrong.

Roxy had an aggressive form of lymphoma—a cancer.

The veterinarian recommended expensive chemotherapy and other pharmaceutical interventions.

No guarantee of success—just expensive treatment that could make Roxy feel worse.

As a long-time cannabis grower, Edward knew that cannabinoids such as THC and CBD have a wide variety of medical benefits for humans.

He started looking into the issue of marijuana and pets.

Unfortunately, medical cannabis research for humans and animals has long been blocked by the Drug Enforcement Administration (DEA).

The DEA classifies marijuana as a drug that has zero medical benefits.

The agency blocks government-sanctioned production of marijuana for research purposes.

The veterinary community is even more conservative than the medical community when it comes to marijuana.

Humans and other animals have cannabinoid receptors throughout the body.

Ingested cannabinoids bind with those receptors to increase appetite, reduce vomiting and nausea, and reduce pain and inflammation.

The veterinary community has been reluctant to embrace the use of cannabis for dogs and other pet animals, even though anecdotal reports claim that dogs benefit from medical marijuana.

When marijuana-related overdoses started showing up in dogs in states with legalized marijuana medibles, some veterinarians speculated that dogs have more cannabinoid receptors per pound of body weight than humans do.

“The veterinarian was totally clueless. Like, his wife has severe epilepsy and he’d never heard that cannabinoids are proven to have unique, symptomatic relief for seizure disorders,” Edward said. “I educated him, and asked for his assistance in administering cannabinoids to Roxy, but he got angry and refused.”

Frustrated by the lack of official, approved veterinary information about marijuana and pets, Edward procured glycerin tinctures of CBD and THC and administered them to Roxy.

“She immediately improved,” Edward said. “She was almost like a puppy again.”

The dog’s appetite and energy increased, her eyes became clear and alert, and her mood brightened.

But the original salivary glands misdiagnosis had wasted valuable time.

Edward believes if he’d been accurately told from the start that his dog had cancer, and had immediately started administering cannabinoids, he might have been able to save his dog’s life.

The cannabis-related improvements lasted a few days, but eventually Roxy’s health deteriorated and Edward was forced to euthanize her.

No veterinarian we spoke to would provide an on-the-record interview about medical marijuana use for pets.

Off the record, the information we gathered includes: