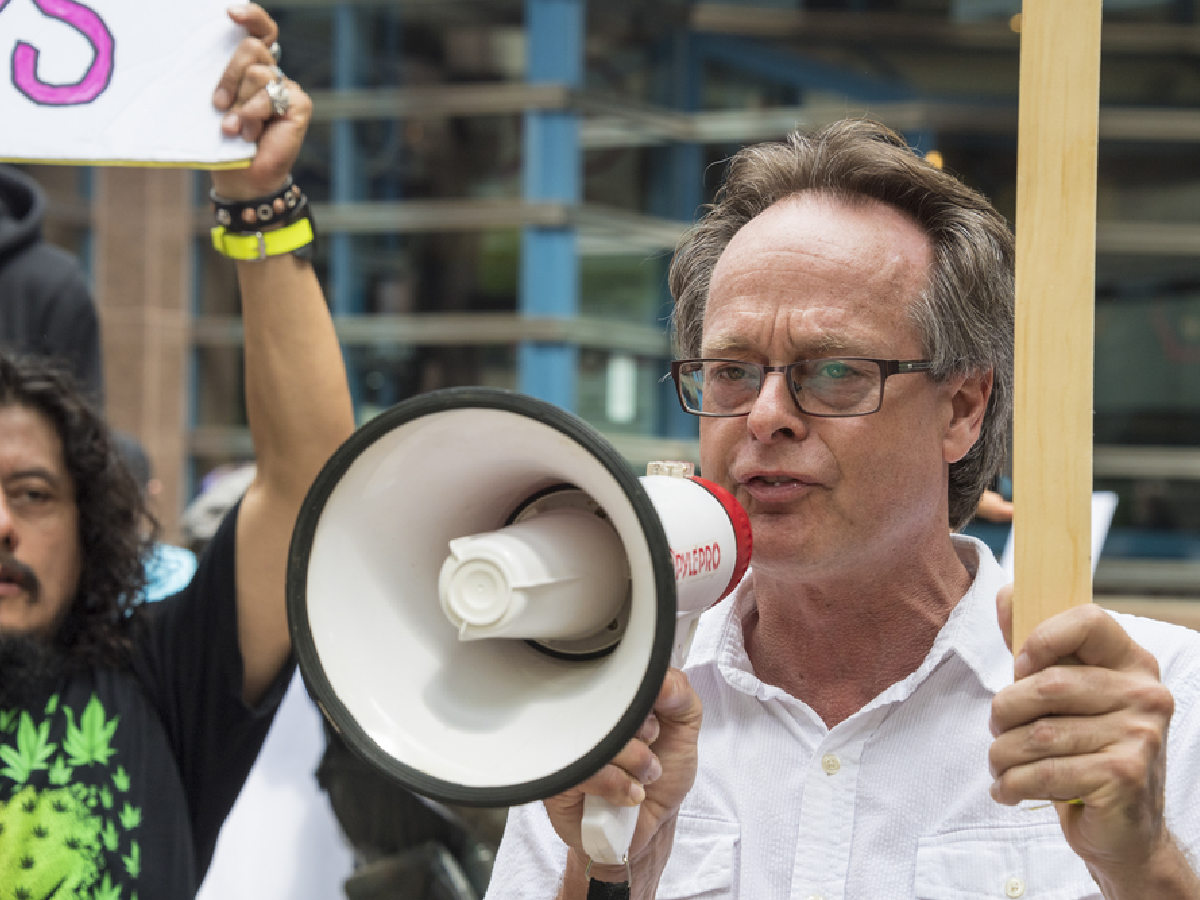 Marijuana activist, cannabis seed seller, and marijuana retailer Marc Emery and his wife Jodie Emery have been repeatedly arrested by Canadian police in the past year.

On March 8, 2017, Marc and Jodie were at the Toronto airport waiting to board a flight to attend Spain’s Spannabis marijuana expo when they were arrested by a small army of police.

At the same time, police across Canada were raiding seven of Emery’s Cannabis Culture cannabis and cannabis accessories retail stores.

The location has long been a tourist destination for the international cannabis community, especially when Marc Emery was selling hundreds of thousands of marijuana seeds per year from that location.

Marc Emery faces 15 criminal charges, including conspiracy to commit an indictable offence, marijuana trafficking, possession for the purpose of trafficking, and possession of proceeds of crime.

Marc and Jodie have licensed the Cannabis Culture brand name, which is used by marijuana dispensaries in British Columbia, Ontario, and Quebec.

Emery was charged with drug trafficking, possession for the purpose of trafficking and conspiracy.

Never one to shy away from fighting back, Emery condemned Montreal’s mayor.

“The mayor’s behavior is despicable,” he said. “If the mayor of Montreal wants to keep his city backward, behind the times, and full of oppression, that’s the statement he just made to the world.”

In 2005, Marc Emery was kidnapped by Canadian police acting as agents for the U.S. Drug Enforcement Agency (DEA).

He ended up in a U.S. prison for nearly five years after being convicted of marijuana trafficking, based on his marijuana seed sales.

Emery continued to blog and do other activism from inside federal prison.

He was intensely critical of the Canadian government’s handling of its federal medical marijuana program and delays in legalization of recreational cannabis.

After his release from prison in 2014, Emery continued his activism, but focused more on building his marijuana business interests.

Trudeau, a young man who looks like he’d be a supporter of full legalization of marijuana, promised during his election campaign that he’d stop Canada’s war on cannabis.

He didn’t deliver on his promise.

Toronto police have a history of busting marijuana shops.

In May, 2016, they raided 43 cannabis retailers and seized huge amounts of cannabis.

Marc and Jodie opened their Toronto stores soon after that raid.

“We do not want to force people to be sick or to fake illness or to pay a doctor for permission to access cannabis,” Jodi Emery explained.

“The government used to bust us for selling bongs and seeds,” he said. “But we never gave up. Most Canadians want marijuana fully legalized. We’re winning the civil disobedience campaign, and on the verge of cannabis legalization. Their raids aren’t going to stop the dispensary movement. There’s more dispensaries in Canada than ever before.”

Larsen says the government and police spend lots of money and manpower busting the marijuana industry at the same time they’re saying they don’t have enough money and personnel to arrest and prosecute violent criminals.

He noted that Trudeau promised two years ago to create authentic legalization.

Marc Emery and his wife Jodie vow to keep selling cannabis and fighting for full legalization.

After his Montreal arrest last year, Emery said that being a soldier in the “cannabis revolution” meant he’d had to sacrifice his personal safety, money, and freedom.

Emery threatened to go on a hunger strike if he’s jailed.

“It’s ironic that this government tolerates violent gangs like Rock Machine and Hells Angels, but they won’t tolerate peaceful Canadians helping Canadians access the best marijuana in the world,” Emery said. “The drug warriors are finding out that the cannabis culture can’t be intimidated.”