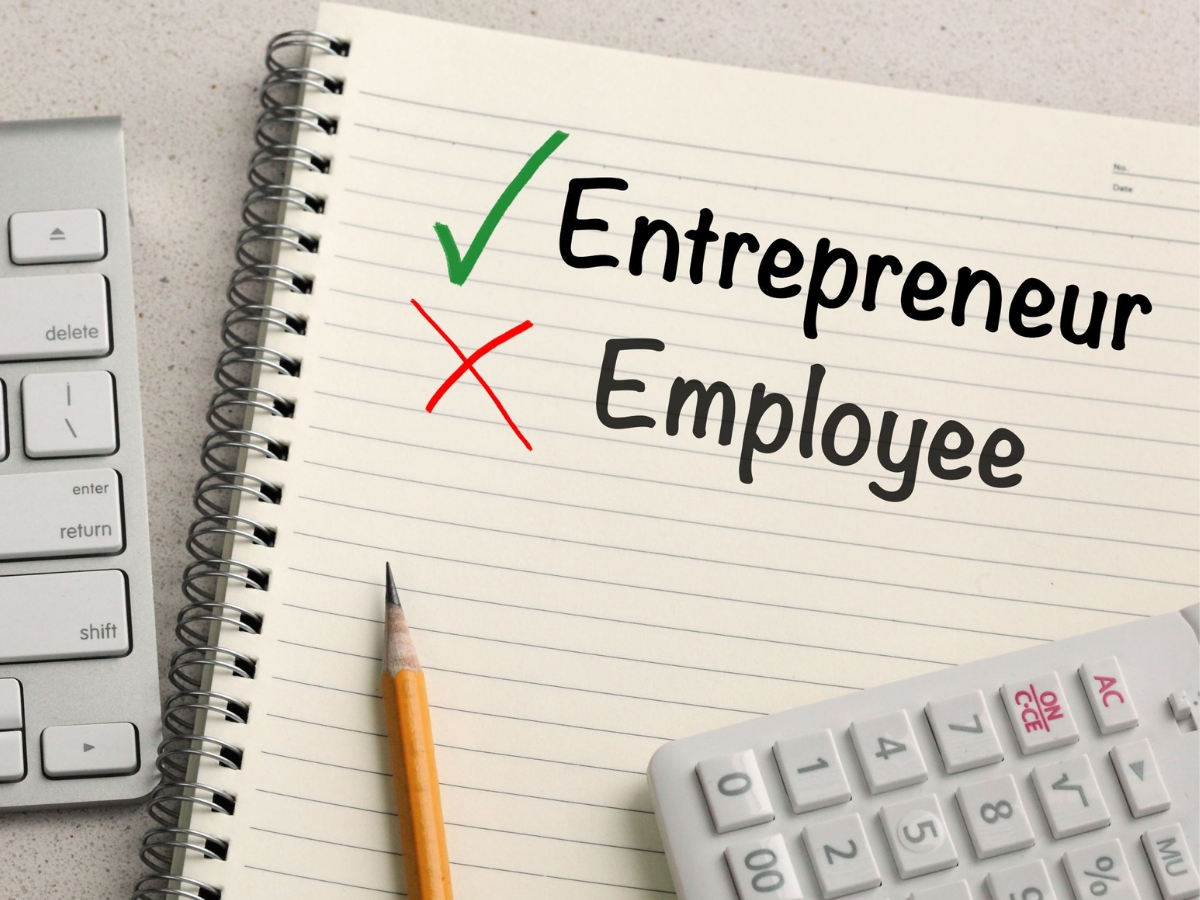 For some, working in the cannabis industry is a dream job — but the idea of working for someone else seems like a nightmare. Luckily for people who share these perspectives, the growing cannabis industry — and a little entrepreneurial spirit — can provide ample opportunity to pursue one’s ideal career path.

Before I became one of those people who viewed the concept of working for someone else as a hellish bad dream, I worked as a budtender just two blocks from my apartment. As far as work in the retail space went, my position was an ideal one.

My commute never involved sitting in traffic because I could walk to the dispensary in 10 minutes. I worked for a unionized shop, so I was guaranteed a 50-cent increase to my hourly wage every six months, and had I stayed with the company a little longer, I would have been entitled to health care. Although budtending was one of the better jobs I’ve had as far as benefits were concerned, I decided to leave my career as a cannabis wellness advisor to become a full-time freelance writer and web developer in the hopes of breaking into the cannatech industry.

Multiple reports predict that by the year 2020, a large chunk of the workforce will be comprised of independent contractors, with Nasdaq suggesting that “43% of the U.S. workforce will be freelancers.” That being said, traditional employees have a lot to learn from freelancers and entrepreneurs — or, as they’re affectionately referred to in the cannabis community, “cannapreneurs.” With the growth of rideshare apps and restaurants increasingly using third-party delivery apps to boost their bottom lines, it’s not a stretch to predict that people will eventually choose the freedom to set their own schedules over the security of a consistent paycheck.

Cannabis growers and other types of farmers are entrepreneurs at heart. They enjoy the freedom to do what they want within their homes or on their land — to plant what they want to plant, wear what they want to wear while on the clock, and never have to take direction from anyone else on how their jobs should be done.

When Melanie Nakashian founded Survivors for Cannabis — a platform for victims of sexual trauma who struggle with post-traumatic stress disorder — independence was a big factor in her decision to start something new. Because she could no longer bear the thought of being in a position where she was being told how to perform, Nakashian says she couldn’t think of a better situation than working for herself. It’s not in her personality to be someone she is not, and she says it’s important to her that she can be true to herself while doing her job.

The opportunity to be authentic in her work and create her own culture were motivations for Nakashian to found Survivors for Cannabis, but there was also a more practical reason that encouraged her to take her own path: She was a recent transplant to Los Angeles, which meant she was in a location where legal cannabis jobs were a real possibility.

Working In Cannabis While Not Actually Working With Cannabis

For those who want to become a home-based cannapreneur but live in a state that has yet to legalize medical or recreational cannabis, there are options to start a business on the finance, marketing, media or technology sides of the cannabis industry. Since those options would not require actually handling a federally illegal plant, they’re less risky career paths from a business standpoint.

Another bonus to starting a cannabis-adjacent business is you’ll still be able to write off your expenses. Growers, manufacturers, distributors and retailers are expected to pay expensive license fees and taxes, but don’t get the benefit of business write-offs and tax breaks. This is a barrier that makes it extremely difficult to bootstrap a business without the proper network, resources and capital.

On top of the expensive licenses and taxes, you can also skip the headaches associated with staying above board and navigating the evolving legal changes. As we’ve seen in states with legalized cannabis, local laws can change in reaction to the many shifting rules around lab testing, labeling and packaging. The associated expenses that come with keeping up with the changes can add up as the requirements iterate and evolve from one season to the next.

But where does one start? How will they be able to know if going into business designing cannabis packaging or helping growers stay on top of their bookkeeping will bring in the money necessary to survive? Nakashian’s strategy was to look for something that was missing in the cannabis space and fill that niche; provide something in which she could make her mark. She created Survivors for Cannabis because she wanted to adequately address issues in the cannabis industry in regard to women, such as misogyny and sexual abuse.

Ophelia Chong of Stock Pot Images has fairly straightforward advice for anyone looking to get into the industry: Find what you’re good at and simply add cannabis. She challenges others to think outside the parameters of jobs that are traditionally associated with the industry. For example, if a newcomer to the industry tells Chong they want to be a cultivator, her simple reply is: “No, you don’t. It’s expensive.”

Witnessing the investment pain that small-business owners go through getting into the medical or recreational cannabis industry is enough to send most dewy-eyed bootstrappers running in the other direction. Thus, creative services such as writing, design and social media marketing are great ways to enter the market without breaking the bank. All it takes to start is access to a computer and the internet.

I wasn’t exactly making the big bucks at my previous place of employment, but my new creative writing and web design business required a minimal upfront cost to start. All I needed was a working laptop and the discipline to enforce my own schedule. Also, I’m not restricted to staying in the same place to conduct business and I don’t pay rent on an office. I can work remotely and travel while making an income.

This sense of freedom was thrilling, especially after witnessing some of the abuse that can happen in the legal cannabis industry. Because cannabis is technically still a gray market due to federal limitations, there is a mentality that it’s OK to ignore mandatory labor laws that apply to other industries. I witnessed oversights at my job that led to wage theft and abuse of labor rights, such as lack of proper rest and meal breaks. It was exhausting having to tell the union that my fundamental rights as a worker were not being met. Going into business for myself means that I can take care of myself throughout my work day as I see fit.

Admittedly, there’s more to becoming a cannapreneur than the individual freedom. Sometimes it’s about taking care of people and working toward the personal liberty of all humans. Chong created Stock Pot Images as a way to destigmatize how the general public views cannabis patients and recreational users. Her collection of stock photography offers real images of the community, not just stoners lighting up at a festival or convention. The pictures show humanity, not stereotypes of thugs and addicts.

While Stock Pot Images and her cannabis consulting business bring in the revenue, Chong also believes in doing pro bono work for the community. She counsels everyone from growers to pre-roll manufacturers to cannabis event planners for free, because it helps her gain an intimate understanding of the market. She also gets to meet people she wouldn’t otherwise meet and learn their views.

Providing her consultation services to businesses in need helps Chong discover more about the motivations of those seeking cannabis. She is able to make distinctions between what the elderly are looking for in medical marijuana versus the millennial recreational consumer. Chong can then segment her marketing based on her target demographic. This data not only adds value to the community, but is also great for sales. What could be more freeing than making money while knowing that you’re aiding the cannabis industry, pursuing your own path in helping people feel good and healed? Sounds like heaven on earth to me.

In The Black: Is It Worth Your While Switching From Black-Market Growing To Legal?
How To Stop The IRS From Stealing Your Hard-Earned Cannabis Cash