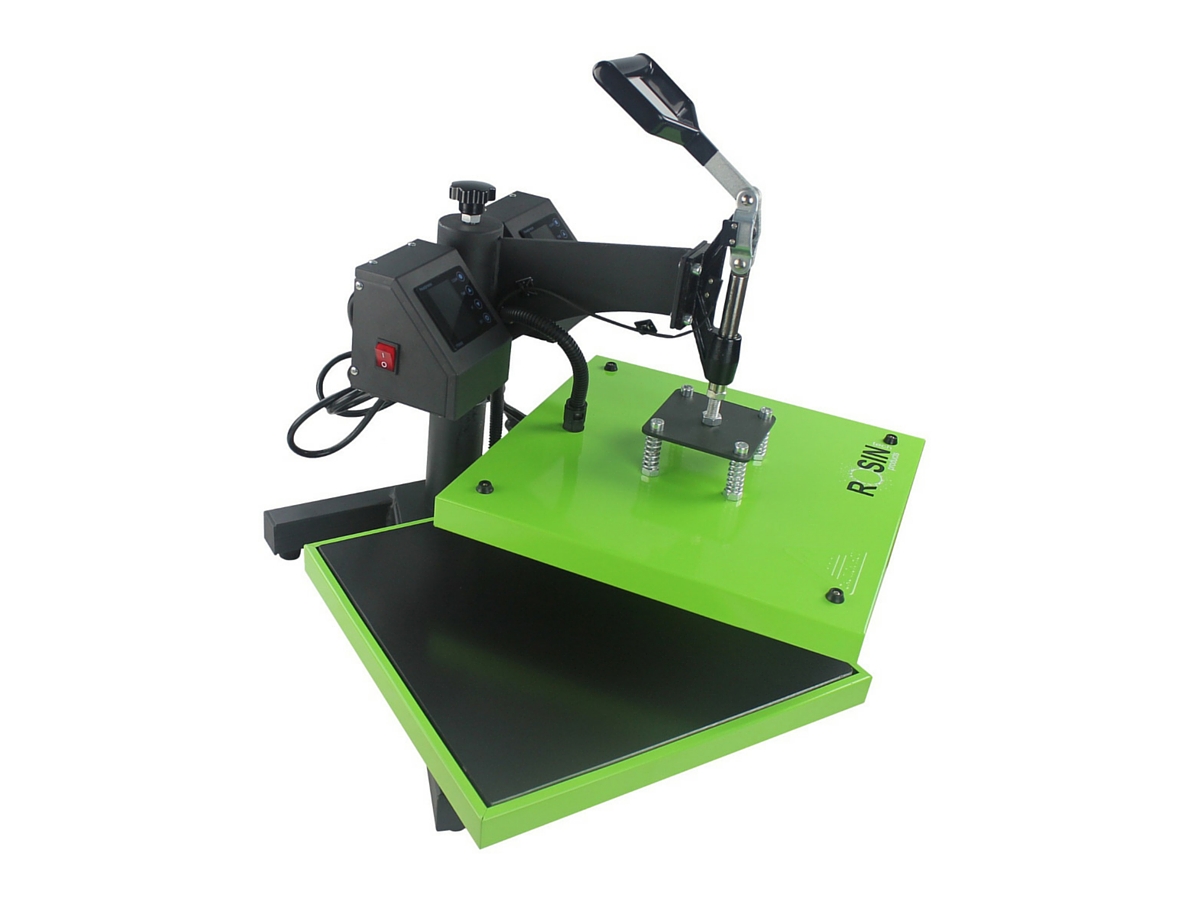 This heat press is great for making rosin from marijuana buds and extracts.
By Steve Davis | Published: July 25, 2016

This solventless cannabis concentrate can be made quickly and easily from whole bud or from non-solvent extracts, and it’s quickly becoming a favorite of dabbers.

The buzz in the cannabis industry is that rosin is “the death of BHO.”

The original meaning of the word rosin had nothing to do with cannabis.

Rosin is a sticky, stinky resin that comes from pine trees, and was sometimes known as unrefined turpentine.

Making rosin is faster than making  bubblehash or dry sift, and can be more potent than those concentrates.

[Read here for information about dry sift and bubblehash]

And the best thing is, you don’t use solvents, so making rosin gives you safe product without solvent’s bad tastes or toxins.

Instead of using only whole bud, you can also use bubblehash, kief, and dry sift for making rosin that’s absolutely wicked and nearly 100% cannabinoids and terpenoids.

Making rosin consists of taking whole bud or resin gland extracts such as bubblehash, wrapping the cannabis material in parchment paper or a micron screen (or both), putting it into a pressurized heating device, squeezing it under pressure so that the volatile resins separate as oils, and then cleaning it up so all you have are the resins.

There’s even a funny word for making rosin: squishing.

Some people go for the el cheapo rosin-making method– they use a hair straightener.

It works in a crude way, won’t give you the highest quality rosin or the best yield, and wastes a lot of bud.

To get the most from making marijuana rosin, you need the right tools and materials, and the right knowledge.

Getting a Safe, Reliable Rosin Press

Most rosin presses suck, and hair straighteners are a joke.

By far the most reliable rosin press company we’ve found so far is Rosin Tech.

For one thing, Rosin Tech is a professional manufacturing company with a wide range of long-term experience making heat presses.

Unlike some other rosin press companies, Rosin Tech backs their products well with friendly tech support and customer service.

“We’re all about making sure our electronics, press plates, electricity draw, customer service, prices, shipping, and tech support are one hundred percent dedicated to what’s best for you,” explained David, one of Rosin Tech’s leaders.

The differences in rosin presses are the size of the pressing plates, the quality and type of temperature control, and whether the press has manual, pneumatic, or hydraulic pressure control.

If you want a mid-level rosin press with manual control, the very reliable Rosin Tech Gold Series presses are ideal, and only cost a few hundred dollars.

One of them has a 15 X 15 inch plate (it’s the one in the photo accompanying this article) and that’s plenty big for making large amounts of rosin fast!

The thing about the Rosin Tech pneumatic and hydraulic presses is that the sheer power of the pressing pressure ensures that all the marijuana compounds are squished out of your materials.

Another Rosin Tech benefit is Rosin Tech presses don’t draw as much electricity.

Those presses suck down so many watts that you have power them through 20 or 30 amp circuit!

They can interfere with how many lights you’ve got on, and might cause electrical fires.

But with Rosin Tech, even their humongous, NASA-level Dual Ram only uses 1200 watts.

The team that won all ten places in the rosin category at Emerald Cup 2016 (3rd Gen/Terp Hogz/Dying Breed) used Rosin Tech presses for all their winning entries.

Rosin Tech is a one-stop place to get all the accessories you need for making and cleaning rosin.

For example you can buy special screens for when you want to make rosin from concentrates like bubblehash.

For example, you can make super-pure rosin from dry sift, but dry sifting is a labor intensive process if you do it by hand using frozen buds.

Rosin Tech sells the Pollen Master series of dry sift tumblers that can take many ounces of frozen buds and give you maximum extraction of pure dry sift.

My goal is to grow enough bud so I need the biggest Pollen Master that can process ten pounds of bud per run!

Another benefit is that Pollen Master dry sift tumblers are all made in the USA, keeping the jobs here at home, and ensuring higher quality equipment.

One last thing I want to share with you: making rosin is an art and a science.

You definitely want to watch all the videos embedded in this article and study the article’s data and strategies before you start making rosin, or if you’re already making rosin.

The good news is marijuana rosin highs can be as good if not better than highs from shatter or BHO, but without the solvent hangover.

Welcome to the world of squishing!

Fixing Marijuana Nutrients Deficiencies & Fertilizer Burn: Part Two
If It Looks Like a Duck It Must Be… Camouflage Growing a Marijuana Plant!