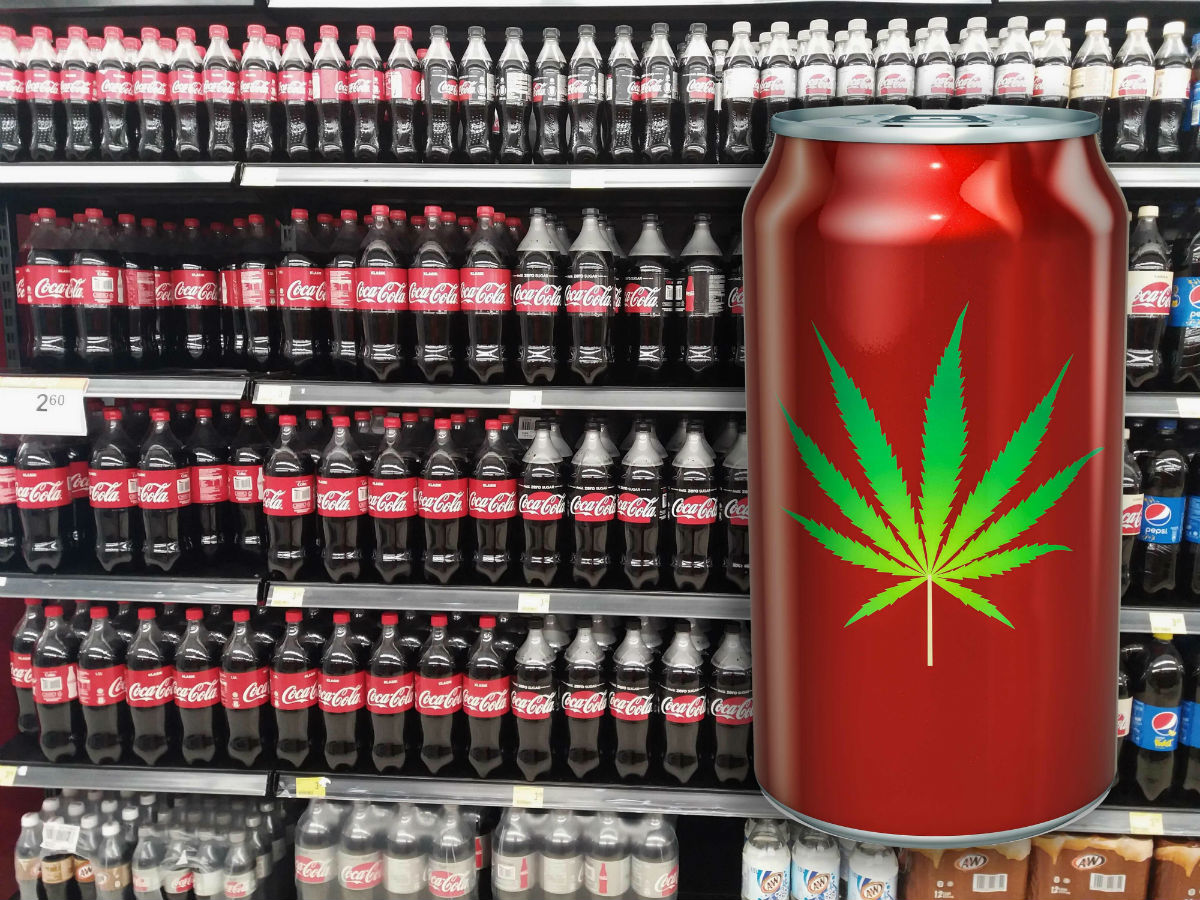 CBD is all around us. It’s being sold as colorful gummies, fancy lattes, and even as hemp-derived volumizing mascara. And these products are no longer exclusive to just big marijuana brands. Major soda brands, including Coca-Cola and Pepsi, have even jumped on this growing bandwagon.

According to Bloomberg, The Coca-Cola Co. consulted with Canadian licensed producer Aurora Cannabis back in September. These so-called serious talks were related to the development of beverages infused with non-psychoactive cannabidiol (CBD). While a product or brand hasn’t been developed quite yet — and Coco-Cola is apparently focusing on a product that won’t get you high — this conversation is a huge step not just for the potential of cannabis, but also for the normalization and destigmatization of cannabis consumers.

Following the news of its fizzing competitor, PepsiCo also wants in, according to CNBC. Earlier this month, the corporate giant’s chief financial officer Hugh Johnston told CNBC that the company would “critically” look at investing in the cannabis industry. While Pepsi doesn’t have any formal plans or partnerships to share at this time, and the announcement likely came as a reaction to the competition, it’s important to note Pepsi is keeping the door open.

“The entrance of mainstream players will establish a standard for manufacturing and ingredient sourcing that may be difficult for some businesses to meet,” Skyler Bissell, CEO of OLEO, tells Big Buds. OLEO is a food services company that utilizes microencapsulated technology to create water-soluble, CBD-infused beverage powders.

“Products that meet or exceed that standard will stand a chance of competing with Coca-Cola and other giants,” Bissell continues, “or even supplying them raw materials, in the case of OLEO’s technology. Most importantly, the news indicates that CBD is an attractive new category in the market and may become even more popular.”

But why are drinkables, rather than candies or vapes, so especially hot right now? One reason is that they’re convenient to consume, but Bissell explains that predominantly, their biggest advantage is that they’re easily digestible.

“The benefits have less to do with drink [versus] candy, and more to do with the CBD contained in those products,” he explains. “The encapsulated nature of [our product] means it is processed by the body as a carbohydrate instead of an oil, and therefore absorbs in the mucous membranes and stomach rather than just the small intestine.”

And of course, cannabis-infused drinkables aren’t a totally new concept. Bhang, a traditional cannabis beverage, has been an Indian tradition since 2000 BCE and is still consumed at Hindu festivals today, such as at Holi, Maha Shivarati and Krishna Janmashtami.

Meanwhile, public opinion of legalization is on the rise — and it’s quickly climbing. A recent Pew Research Center poll states that 62 percent of adults in the United States agree cannabis should be legalized, while only 34 percent oppose legalization. A decade ago, 2008 data showed the opposite result, with 35 percent of the American population favoring legalization, while 57 percent opposed.

Especially since Canada enacted federal legalization this month, we can expect a growing buzz around cannabis, from big business and everyday people alike. The more CBD products are made available, the more potential there is to destigmatize a plant that should never have been criminalized in the first place.