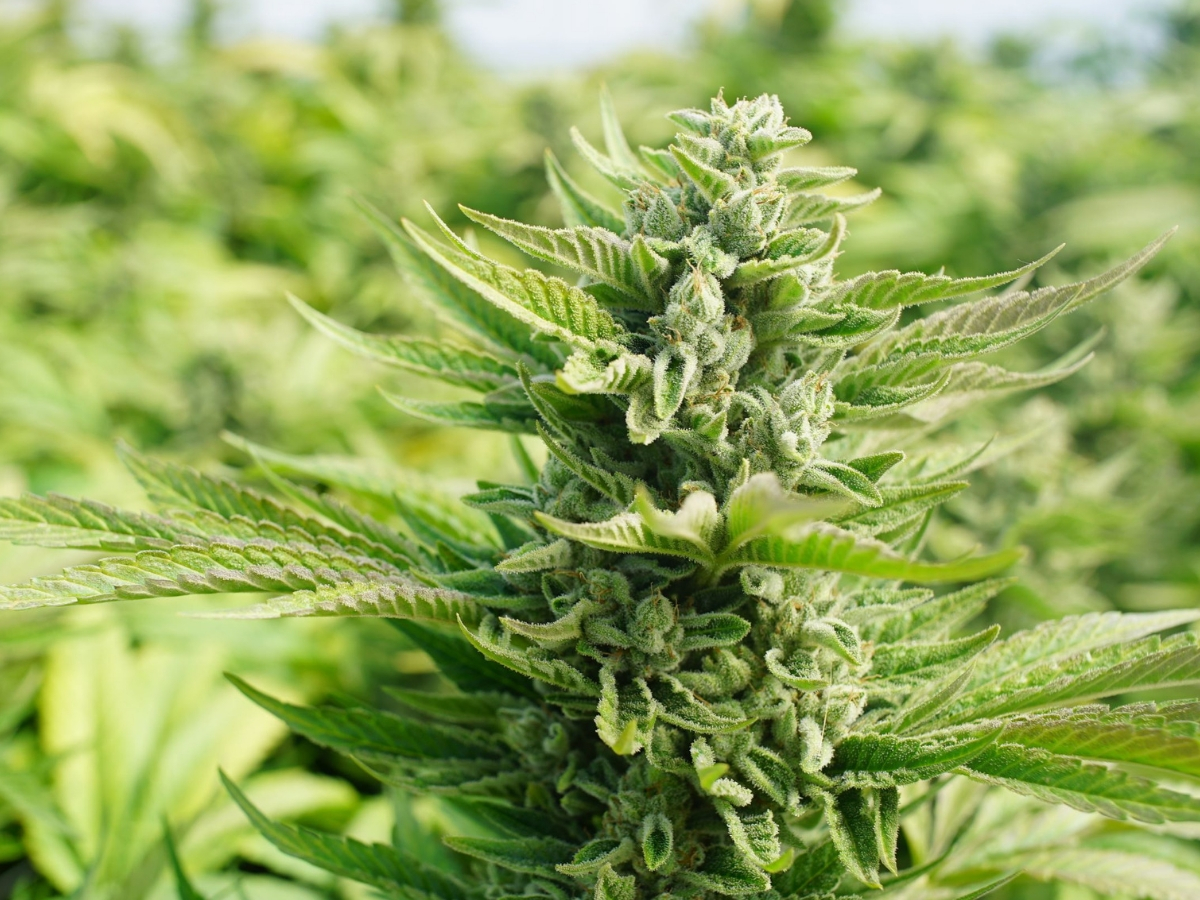 If you pay close attention to your cannabis plants and how consuming them makes you feel, you may notice that those relationships will change over time.

When I was a young, healthy athlete and artist, I consumed cannabis to boost energy and creativity, so I grew only sativa strains. I tried some indica and Kush, but the sedation and relaxation effects weren’t in the best interest of someone doing triathlons and wanting to remain alert and active.

When I consumed sativa strains, I performed better athletically and felt euphorically supercharged. At that time in my life sativa cannabis was exactly what I needed — but there were clouds in my happy sativa skies. Sativa is more difficult to grow than any other type of cannabis, especially indoors. It grows tall and lanky, and some sativa plants grow like vines.

When plants get too tall, they can get close to the grow lights, which injures the plants and makes the buds less dense. When plants become too vine-like, they need supports to keep their branches up, which is a lot of work and makes for a complex grow room.

Sativa strains can take 12 to 14 weeks in bloom phase, which is less than ideal if you’re growing cash crops — they cost you more in electricity, supplies and time. Authentic sativa buds are long and thin, with lots of foxtailing, so they also produce a lower harvest weight compared to Kush and indica. Overall, sativa strains require more work and care because they’re more sensitive to environmental factors, and they’re more reactive to minor mistakes such as overfeeding and overwatering than hardier strains.

Along with the difficulties of growing sativa, the effects of consuming sativa can disagree with some people. The main complaint is it can overstimulate, with many cannabis consumers complaining that sativa causes paranoia, insomnia and anxiety. I consumed sativa hundreds of times in my 20s and experienced panic attacks or paranoia less than half a dozen times, but I know people who had a bad experience almost every time with sativa.

Sativa Vs. Indica And Kush

For the first decade of my cannabis lifestyle, I grew and consumed sativa, but on the rare occasions I’d try indica or Kush, I’d be angry with myself afterward because the high felt like I’d taken a tranquilizer. Even worse, the couch-lock effects of indica and Kush lasted for several days and impeded my stamina and strength long after I’d thought the high had worn off.

That’s why it was a surprise when I became dissatisfied with sativa and considered a switch to indica and Kush. The dissatisfaction started when I was injured and could no longer do extreme sports — sativa strains made me more aware of the pain. I also had financial and family responsibilities that created unavoidable worries.

When I was younger and more carefree, I consumed sativa strains to expand my creative and physical capacities, but now it made me more aware of everything wrong in my life. I became nervous and overstimulated, like taking an overdose of caffeine.

Coincidentally, as my relationship with the sativa high was changing, acquaintances told me they’d buy from me if I grew indica and Kush. At the same time, I had a desire to streamline my grow operation so I didn’t spend so much time growing plants, and I knew from other growers that indica and Kush were easier to grow. I had about two pounds of sativa strains stashed in my deep freeze, so I knew I wouldn’t lack for it if I started growing indica and Kush. I noticed during my first indica and Kush season that the plants were much faster out of the gate in the grow and bloom phases compared to sativa.

The sturdy, fast-growing plants were much easier to cultivate. Instead of going light on nutrients as is common with sativa, I was able to mix hydroponic nutrients at the manufacturer’s full dosage and run 1,200 to 1,500 parts per million in late grow and bloom phases without burning the plants.

Assisted by Bud Ignitor, the rapidity of budding site formation, a faster thickening of buds, and early development of large resin glands all boded well for my switch to indica and Kush.

Because the indica and Kush bloom phase takes seven to nine weeks instead of 12 to 14 weeks, I was able to fit in more crop cycles per year. Indica plants are also heavy yielders, with large-diameter colas 12 to 15 inches long. I made more money, harvested an average 35 percent more dry weight, and used less electricity, reverse osmosis water and other costly inputs each season. 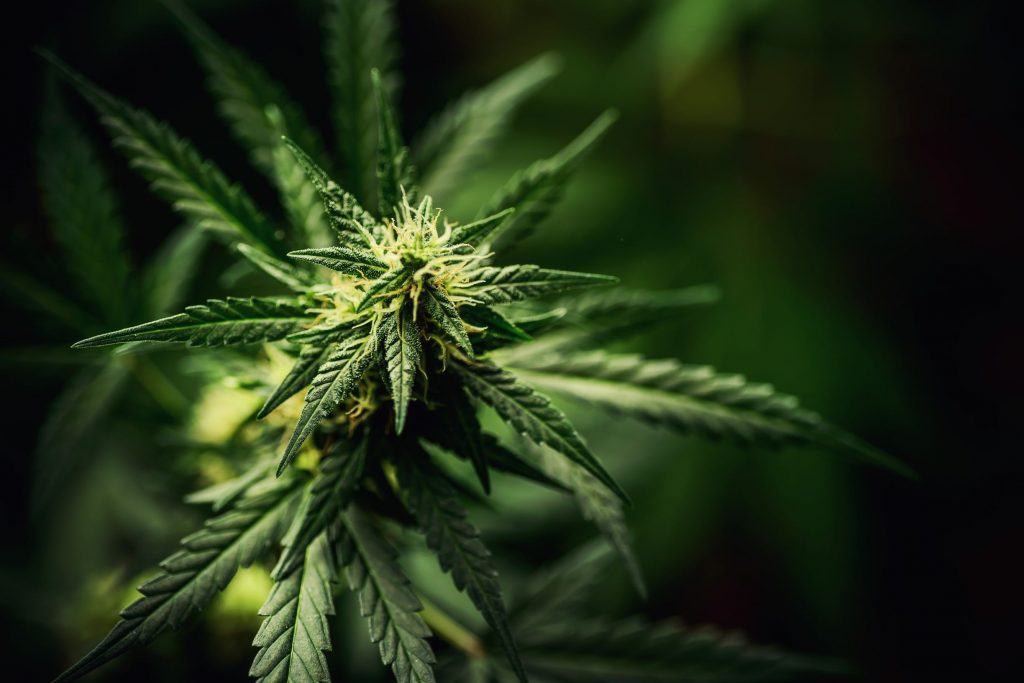 Surrendering To The Effects Of Indica And Kush

The benefits of growing and selling indica and Kush instead of sativa were obvious right away, but learning to enjoy the crushing high was a different story altogether. Thinking back, there’s no way I could’ve done triathlons if I’d been using indica and Kush, as the sedating, muscle-relaxation effects last for a couple of days beyond the initial high.

When I was high on indica and Kush, I couldn’t do anything that required coordination, strength or a sharp mind. The intoxication was so heavy that I was limited to passive activities such as listening to music, watching TV and eating.

I was afraid of the indica/Kush high because it sapped my efficacy. I’ve never liked alcohol intoxication because it sabotages balance, creates slurred speech and generally feels like being on a whirling theme-park ride. Indica and Kush initially gave me a cannabis version of those dizzying effects — I was under the control of the cannabinoids and terpenoids rather than the other way around. I tripped, fell and walked into walls; I fell asleep in the middle of conversations. I definitely couldn’t get behind the wheel of a car when I was high on these strains.

I experimented with combining a half gram of sativa with a half gram of Kush, but I ended up with the physically incapacitating indica/Kush couch lock accompanied by an alert mind worried about being couch locked.

Finally, I discovered the answer: Surrender to couch lock and adjust my expectations and plans for what I’d do when I was high.

With my new attitude of surrender, instead of taking caffeine or otherwise trying to force myself into strenuous activity when I was high, I simply laid back and enjoyed the overwhelming indica/Kush feeling.

At first, I felt that I was being lazy. I’d always had a self-righteous sense of superiority to the stereotypical stoner who just lays on the couch smoking indica and eating Doritos. I never wanted to be one of those people.

But the simple truth is that I’d come to a point in my life where a few hours of cannabis-induced escape and sedation were my only refuge from the hardships of the daily grind.

This troubled me. Had I become a loser that needed to get stoned to find a little peace and happiness? I didn’t want to be a cannabis-assisted escape artist; I wanted to be a capable, self-actualized person who mastered the real world.

Gradually, I recognized that I needed the help indica and Kush provided. My triathlon years had injured me, so I had chronic pain, and my family and financial concerns created unavoidable stress. Some people in a similar situation escape using alcohol and pharmaceuticals — or they simply run away from their responsibilities. I chose instead to remain true to my commitments, using indica and Kush to give me enough restoration so I could survive each hard day.

Kush and indica are now the strains I rely on. I consume sativa in situations such as concerts or 3D movies, when psychedelic effects add to the experience. Your relationship with cannabis changes as your needs change. Always pay attention to how your cannabis use affects you, and don’t be afraid to try different types to get the high you want and need.