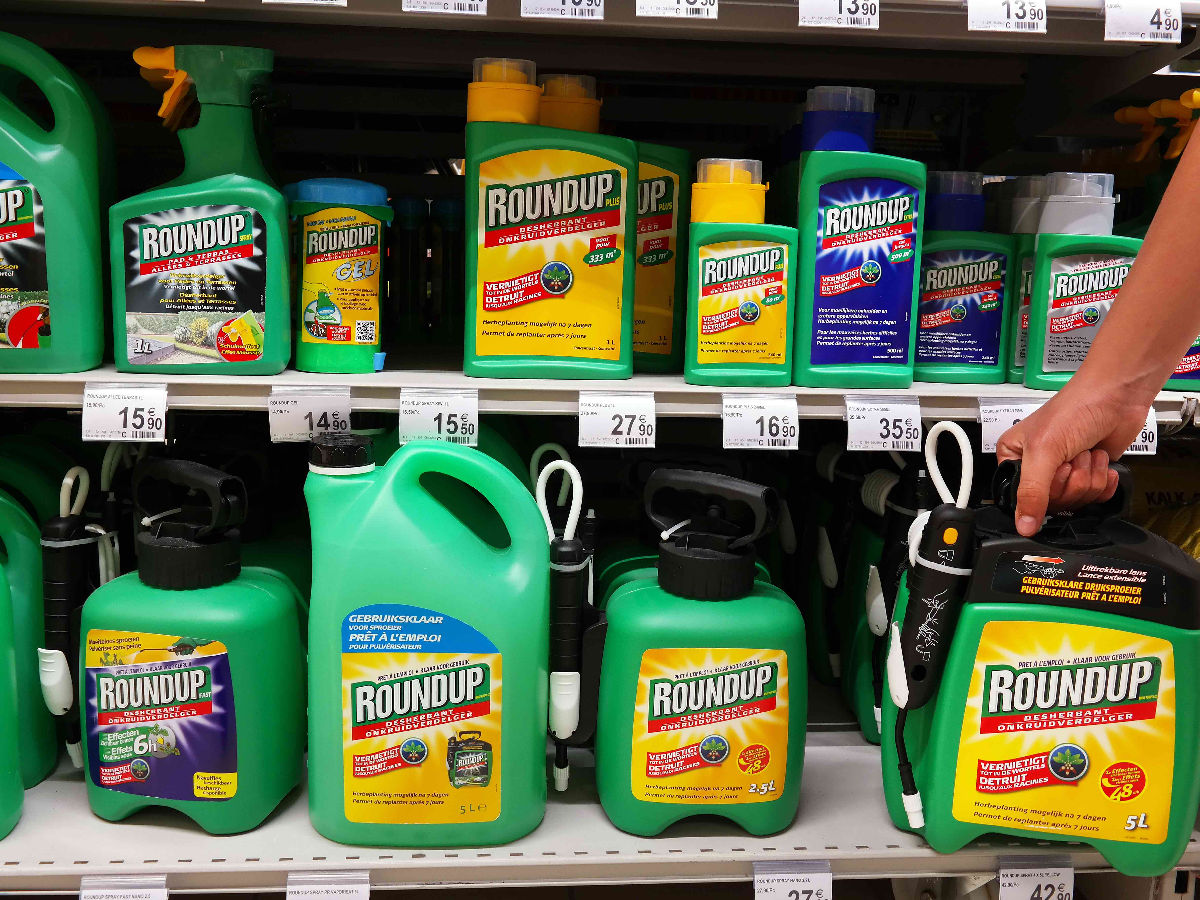 Cannabis cultivators have long been concerned by agrochemical corporation Monsanto, not least of all because of its business partnership with lawn care company Scotts Miracle-Gro.

Johnson, who sprayed Monsanto weedkillers Roundup and Ranger Pro up to 30 times a year since 2012, is expected to die within 18 months due to the terminal non-Hodgkin lymphoma he developed from using the glyphosate products.

When Johnson first developed signs of disease that he suspected were caused by Monsanto products, he contacted the company — but Monsanto failed to warn him that its products could cause serious illness, and has repeatedly rejected claims that glyphosate causes cancer. Having heard during the trial that throughout Johnson’s years of using Roundup, he carefully followed recommended product instructions, the jurors agreed that Monsanto herbicides were the cause of the 46-year-old father-of-two’s form of blood cell cancer.

With Johnson’s case against Monsanto the first of its kind to go to trial due to the plaintiff’s terminal diagnosis and dwindling health, this ruling sets a damning precedent for the corporation, which is facing thousands of similar lawsuits from plaintiffs claiming sickness and injury due to the company’s glyphosate products.

Following the verdict, Monsanto condemned the decision and damages awarded, saying it would appeal the judgment while doubling down on its claims that glyphosate products are safe.

However, Johnson’s lawsuit against Monsanto is also noteworthy because it included internal company emails used as evidence to suggest that Monsanto knew for decades that glyphosate, and specifically Roundup, could cause cancer. The company had also long rejected scientific research about the weedkiller, as well as making deliberate attempts to tamper with academic and government research and regulations concerning glyphosate and its environmental harms.

Researchers analyzing the Monsanto documents told the press the docs show Monsanto attempting to buy off scientists, ghostwrite research documents, and influence government regulatory processes, according to the Journal of Public Health Policy.

“We were finally able to show the jury the secret, internal Monsanto documents proving that Monsanto has known for decades that … Roundup could cause cancer,” Johnson’s lawyer Brent Wisner said in a statement, via The Guardian. Wisner added that the verdict sent a “message to Monsanto that its years of deception regarding Roundup is over and that they should put consumer safety first over profits.”

Monsanto first started marketing glyphosate products in the mid-1970s. Today, glyphosate is used in almost every country by farmers and homeowners alike.

Although some scientists and government officials claim glyphosate hasn’t been absolutely proven to cause human harm, in 2015 the World Health Organization’s International Agency for Research on Cancer classified glyphosate as a “probably carcinogenic to humans.”

Glyphosate is undeniably deadly to plants and animals, with research suggesting the herbicide is responsible for a catastrophic decline in bird and insect species, including pollinators like honeybees, which are now starving to death because of Roundup, according to a study published by The Journal of Experimental Biology.

The Connection Between Monsanto And Scotts Miracle-Gro

Since 2015, Scotts Miracle-Gro, and its front company Hawthorne Gardening, has made aggressive moves to take over the hydroponics industry. Indeed, the corporation has been on a multimillion-dollar spending spree, purchasing the likes of General Hydroponics, Botanicare, Gavita, Vermicrop, Agrolux, Sunlight Supply, Can-Filters and Black Magic. Scotts Miracle-Gro is also the worldwide licensee for selling Monsanto’s Roundup.

Within the past three years, Scotts Miracle-Gro has also increased its messaging expenses by millions of dollars to promote glyphosate, while ramping up attacks on critics and attempting to downplay the chemical’s harms.

Scotts CEO Jim Hagedorn is a former US Air Force fighter pilot whose hydroponic industry takeover reflects his unabashedly winner-takes-all strategy to control what’s sold in stores, put the squeeze on independent manufacturers and retailers, and squash the competition. Part of Hagedorn’s strategy includes selling heavily discounted gardening supplies at big-box stores like Walmart, Home Depot and Lowe’s. The monopoly control of the hydroponics industry sought by Scotts could put grow shops out of business and will undeniably limit equipment and supply options for growers.

Now, an increasing number of cannabis growers are boycotting the inferior brands and products owned by Scotts Miracle-Gro and Hawthorne in favor of independent companies such as Advanced Nutrients and Hortilux.

Growers also object to how Scotts and its allied companies conduct business, the environmental impacts of its products, and its checkered corporate history.

For example, it’s been suggested that Monsanto has enjoyed a decades-long relationship with the Drug Enforcement Administration, having supplied large quantities of glyphosate for spraying on cannabis and coca in the USA and foreign countries as part of the ongoing war on drugs.

While Scotts and Monsanto have been described as corporate players within the drug war, in that context, it’s not surprising that both corporations have paid millions of dollars in fines for violating environmental laws, and health and safety regulations. In one case, Scotts Miracle-Gro knowingly sold poisoned bird food and lied about it. Consequently, the US Department of Justice levied $12.5 million in criminal and civil penalties against Scotts. 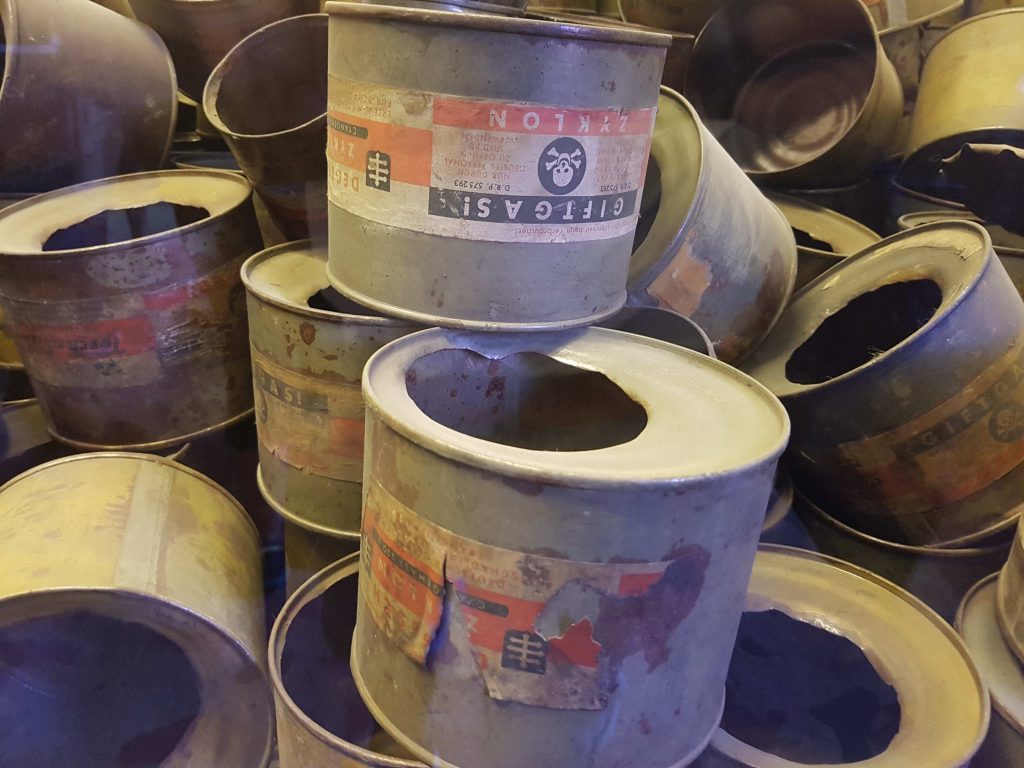 Spent cans of cyanide-based pesticide Zyklon B, used by Nazi Germany during the Holocaust at Auschwitz-Birkenau, Poland. Zyklon B was manufactured by IG Farben.

Bayer, Owner Of Monsanto, Has A Disgraceful Past

The web of historical corruption involving Monsanto and Scotts Miracle-Gro expanded in 2018, when Monsanto was bought out for $66 billion by German pharmaceutical giant Bayer.

Bayer has a complicated, nefarious history, especially in its home country, where it was founded in the 1860s as a medical products company. Later, Bayer became part of the German chemical and pharmaceutical industry conglomerate IG Farben, from 1925 through 1952.

During the rise of Hitler’s Third Reich and the horrific world war that followed, IG Farben was the primary chemical, refining, pharmaceutical, explosives and research provider to Hitler, and a major financial contributor to the Nazi Party’s genocidal efforts against Europe’s Jewish population and the fascist group’s attempts to achieve world domination.

Many World War II historians assert that Hitler’s genocide could not have been achieved without support provided from IG Farben. The Zyklon B cyanide-derived pesticide used to eradicate millions of Jewish people and other “undesirable” minorities in gas chambers was made and manufactured by an IG Farben subsidiary.

And long before its involvement with the wrong side of World War II, during the early part of the 20th century, Bayer was noted for selling Heroin, a trademarked brand name for a product marketed as a cough suppressant and non-addictive alternative to morphine.

In 1952, long after IG Farben execs were found guilty of war crimes and the company’s reputation lay in tatters, the Allies dismantled Farben into smaller companies, with Bayer acquiring many of Farben’s assets.

Although Bayer has continuously attempted to downplay its historical corporate criminality, its links to the Nazi Party and to IG Farben are undeniable. In the late 1950s, Bayer’s supervisory board chairman was Fritz ter Meer, a former Farben executive who helped plan the Monowitz concentration camp and spearhead the use of slave labor at the Auschwitz network of extermination camps. He was sentenced during the Nuremberg Trials to seven years in prison, and following his release, he was hired by Bayer to its board of directors.

How You Can Fight Back Against Big Ag And Big Pharma

Bayer has already moved into the cannabis industry by acquiring marketing rights for GW Pharmaceuticals’ Sativex, a pharmaceutical-grade medical marijuana product made from whole cannabis extracts.

Now, many within the cannabis industry are concerned that after its acquisition of GMO giant Monsanto, Bayer’s next step is to create GMO cannabis, patented cannabis strains, concentrates, extracts, seeds and prescription synthetic medical marijuana.

Given the combined corporate power of Bayer, Monsanto and Scotts Miracle-Gro, you might wonder what you can do to fight back.

By refusing to buy products made by Bayer, Monsanto, Scotts Miracle-Gro, Sunlight Supply and Hawthorne, you’re engaging in direct-action political free speech that hits these corporations where it hurts: In their bank accounts.

When you examine how many products these companies make and manufacture, you’ll be surprised that many of your favorite food brands and everyday items are controlled by or linked to Bayer and Monsanto. Take a look at this list from Alternative Daily that tells you the companies owned by Monsanto, and this list of Bayer-affiliated companies, and boycott accordingly.