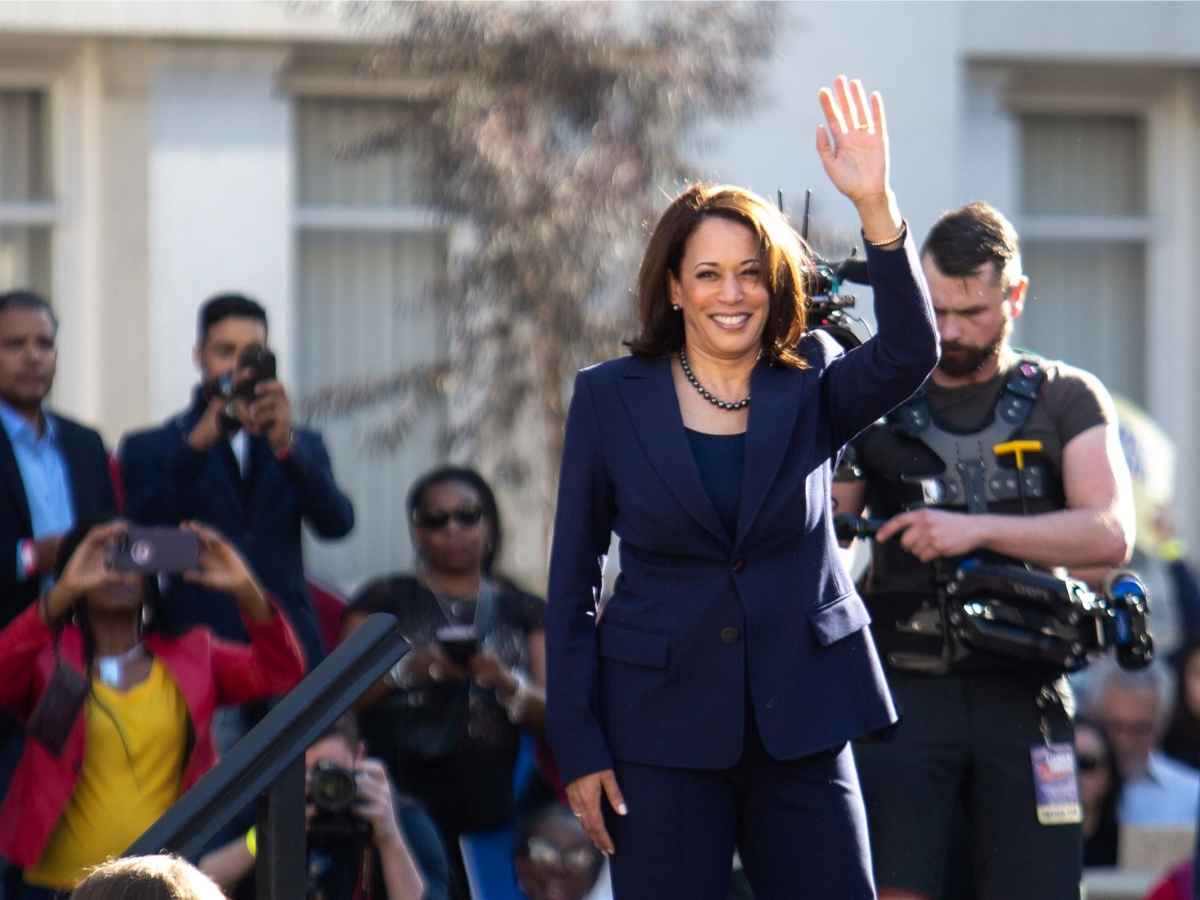 Federal cannabis prohibition in the United States received another well-deserved bit of shade in January, as California Senator Kamala Harris — who recently announced her intentions to run for president in 2020 — came out strong in support of cannabis legalization. She also stressed the need to erase nonviolent pot-possession infractions from the criminal records of millions of Americans.

“It’s past time America legalized marijuana and regulated it,” Harris tweeted last month. “But when doing so, we need to expunge nonviolent marijuana-related offenses from the records of millions of people who have been arrested and incarcerated so they can get on with their lives.”

Harris hasn’t always been such an avid cannabis advocate. The former California attorney general began to change her public stance after Golden State voters soundly approved Proposition 64, the Adult Use of Marijuana Act, in 2016. After that law officially went into effect in January 2018, Harris became more vocal about cannabis legalization, signing on to the Marijuana Justice Act, a bill introduced by Senator Cory Booker. Along with removing cannabis from the list of Schedule I controlled substances, the bill seeks to “incentivize states through federal funds to change their marijuana laws if those laws were shown to have a disproportionate effect on low-income individuals and/or people of color.” The bill also, among other things, seeks to create a community reinvestment fund to help heal communities most harmed by the failed war on drugs.

“Right now in this country people are being arrested, being prosecuted, and end up spending time in jail or prison all because of their use of a drug that otherwise should be considered legal,” Harris said in the press release. “Making marijuana legal at the federal level is the smart thing to do, it’s the right thing to do. I know this as a former prosecutor, and I know it as a senator.”

A 2018 report by the Drug Policy Alliance underscores the prevalence of mass incarceration and racial disparities in the US judicial system with regard to possession-only arrests. Part of the report reads:

People of color experience discrimination at every stage of the judicial system and are more likely to be stopped, searched, arrested, convicted, harshly sentenced and saddled with a lifelong criminal record. This is particularly the case for drug law violations.

In California, new cannabis regulations that went into effect January 16 seek to change that imbalance in the form of equity licensing for individuals harmed by those unfair practices. The state’s Bureau of Cannabis Control has written language into the new rules to better focus on implementing its $10 million grant program to local cities and counties.

The East Bay Express reports that the equity program in Oakland requires at least half of all permits be given to equity applicants, and gives “permitting priority to general partner applicants who incubate equity applicants and provide them with a minimum of three years’ free rent on at least 1,000 square feet of space.”

Blair Augusté is one of those equity applicants, and the founder and CEO of Vista Distribution, a company that provides transportation, delivery, storage, lab testing and tax collecting services to California cannabis companies. Her sole client is SF Roots, a cannabis brand with its own line of flower, pre-rolls, apparel and accessories. It’s been an uphill climb navigating the state’s shifting regulatory system, but Augusté is seeing steady progress and is making the most of the equity program with her client. “I’m humbled that we closed out the first legal year together,” Augusté told the Express. “We’re paving the way for other equity applicants in the largest cannabis market in the world.”

In New York City, Tony Mendez has recently landed in hot water over a cannabis possession charge in Manhattan from when he was a teenager. He’s now 71 years old. In December, Mendez reported that he found himself in a Kafkaesque entanglement with the US government and the Japanese embassy while applying for a spousal visa abroad. Planning a post-retirement move from America to Japan with his wife, who is a Japanese citizen, he discovered just days before he was set to depart that an infraction from 1967 was presenting a problem with his visa. Mendez was arrested in New York City more than 50 years ago for possession of two joints, an event he says he can hardly remember — except for the ludicrously small amount he was holding.

“They were the saddest little pinners,” Mendez says. “But I spent two nights in jail because I was busted on a weekend.”

He relates how he was prevented from departing the US for Japan as scheduled and had to tell his wife to go ahead without him. Mendez eventually sorted out the issue and got the infraction expunged from his record, but it was a scare that sent chills down his spine.

“I mean, we’re talking about half a century ago that this happened,” he says. “It was like the final ‘FU’ from the US.”

His situation is emblematic of the ridiculous failed war on drugs and how it’s disrupted lives in a variety of ways. 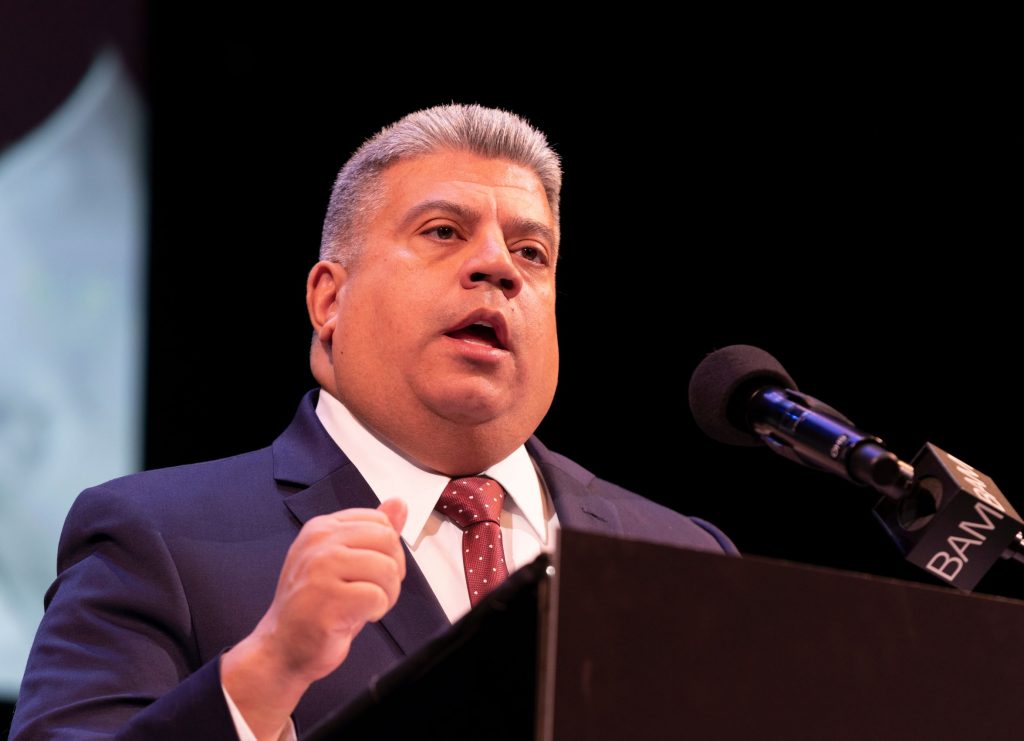 At the same time Mendez was grappling with getting his name cleared from an incident that happened 50 years ago, the Brooklyn District Attorney’s Office was holding an event in December to help clear individuals of misdemeanor cannabis possession convictions.

The Brooklyn Daily Eagle reports that mere days after Governor Andrew Cuomo announced his intentions to back efforts to legalize recreational cannabis in New York, DA Eric Gonzalez took steps to assist people in expunging nonviolent possession charges from their records. Before a Brooklyn criminal court, he moved to “officially vacate 1,422 outstanding misdemeanor warrants stemming from failure to appear in court on a misdemeanor marijuana possession charge,” the Eagle reports. The motions were the result of three events the DA helped host over several months, in which people met with public defenders to determine their eligibility for expungement.

Gonzalez confirmed the harsh reality of racism behind many of the possession charges.

“I note that the majority of these warrants were issued to black and Latino New Yorkers, and many are remnants of stop-and-frisk policies that harmed many of our communities and that the City has since abandoned,” Gonzalez said in court. “I believe we must do what we can to repair the harms done to the individuals and the communities that were targeted in well-meaning but misguided efforts of the past.”

Everything You Wanted To Know About CBD But Were Afraid To Ask
Love And Marijuana: Valentine’s Day Gifts For Cannabis Couples