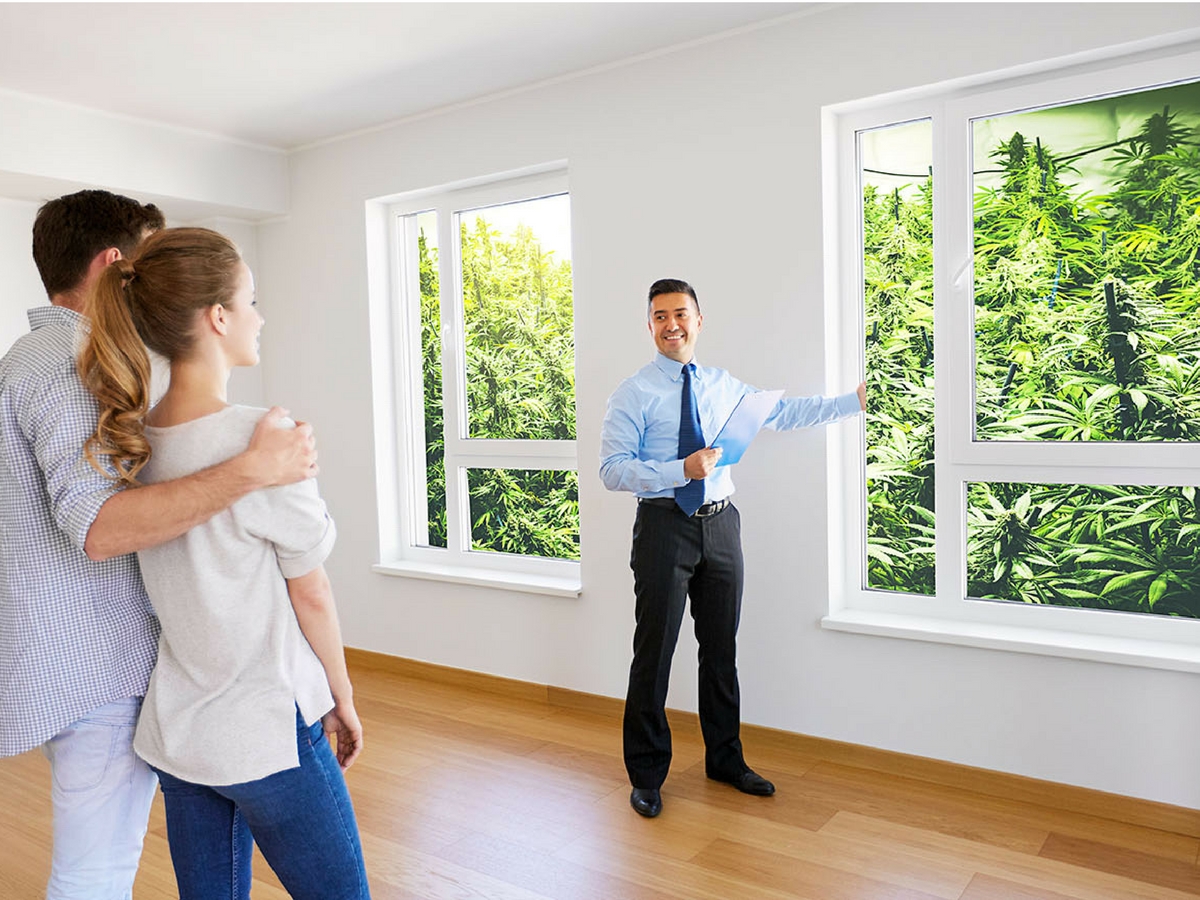 Veronica Buisson says lately she gets a particular kind of phone call.

The Bay Area property manager describes the general profile of the caller: “They’re a person willing to put down half to a full year of rent upfront — in cash — to lock down a lease.”

She notes, the lump-sum cash payers are all generally would-be renters looking for leases in the tight Northern California rental market, many of whom aren’t able to provide pay stubs showing a year or more of taxable income.

The trend comes as no surprise to Buisson. She saw it before in the previously competitive rental markets of 1999 — and again in 2012 — when the consecutive tech booms were each full tilt, and every other call was, she says, “From a person who could afford to drop $20,000 cash on the spot for an apartment lease, but couldn’t provide a year or more of uninterrupted employment on paper.”

And now, along with Silicon Valley’s high-tech worker avalanche, legal marijuana is creating another crunch, as the area experiences a housing crisis that’s converging with a full-on booming cannabis industry.

She says now she reads between the lines when renters show up with a bagful of money wanting to rent a listing — deciphering between who’s legit and who is not. Or, more precisely, to ascertain between renters looking for a living space in this sparse rental market and pot cultivators wanting to transform a living area into an indoor marijuana grow op.

Too many landlords in the city have felt the sting of finding out too late that they’re renting to people with those covert intentions.

Cannabis And Property Rental Is Not A Political Issue

Property owner Darren Hearn rented out his two-bedroom apartment last year to a man who, he says, seemed like a straight-up kind of guy. He passed all the credit and background checks that landlords typically utilize, yet six months into his lease Hearn discovered that the renter was growing cannabis in one of the apartment’s bedrooms, as well as in the garage.

“He’d made a huge part of the apartment into a marijuana growing place. It was insane, like a green room,” says Hearn. “I discovered it after going there to fix a pipe that burst in the front yard. From the street, you could smell the weed already when you drove up.”

Hearn says the damage to his rental wasn’t as bad as some of the horror stories he’d heard from other landlords — things like water damage, runaway mold, torn-up electrical systems — but still he spent a considerable amount of time and money evicting the tenant.

“I finally got him out for breach of contract,” he says. “I mean, I didn’t rent the place out to be some kind of commercial building for growing pot.”

It’s a problem that’s mounting with every passing year and not merely isolated to the marijuana-rich region of Northern California. In some locales, the situation has reached such a fever pitch that it’s prompted landlords to unite around the increasingly troubling issue.

In Canada (where legal recreational pot sales fire up this July), the problem is currently driving new legislation that seeks to protect landlords from having their investment properties potentially demolished by weed cultivators setting up guerrilla grows with no regard for property.

“This is not a political issue for us — we care about taking care of our tenants and keeping costs low,” William Blake, spokesman for Canada’s Ontario Landlords Association, told Bloomberg News. “When we have to pay out thousands of dollars, landlords will want to raise the rents for the next tenants.”

Hearn fully agrees with that point, explaining that he’ll now have to raise the monthly rent he charges for the next person that rents from him, so he can recoup his loss.

“The months I spent trying to evict the guy,” he says, “that cost me thousands of dollars. And I know it’s not fair to the next person who rents, but I’ll likely have to raise the rent on them and I’ll ask for a larger deposit to protect myself, too.”

Landlord Kelly Peterson is another example of a property owner stung by an indoor grow incident in one of her rental properties. She told The Sacramento Bee last year that she had discovered a renter growing indoor cannabis on her property, but it was too late and it cost her enormous grief and money.

“He was like my best tenant,” she said. “He always paid on the first of the month – and not a day later.”

But the tenant had driven holes in the ceiling and roof for ventilation, demolished a bathroom shower, and illegally rigged the circuit box to draw electricity without detection from the power company. Repairs to her rental home were looking to be more than $25,000.

If You’re A Grower, Know How To Be Safe And Tidy

Cannabis cultivator Kevin P. has been growing indoor marijuana for the past decade in the place he rents. By his estimation, it’s a modest grow — just 12 mature plants — but his landlord (who is unaware that he grows cannabis) might disagree.

“I know it’s probably not kosher that I do this, but it’s about being smart how you set up your indoor garden,” he says. “I use tents, filters, and I would never rig unsafe electrical wiring or bypass power systems.”

His grow tents, he says, are specialized hydroponic setups designed to keep his cannabis safe, hidden, atmospherically adjusted, and free from odor.

“You’ve got to have a plan when you put together a garden inside,” explains Kevin. “There are basic tenets you follow. Like you don’t have an auto-watering system that could accidentally go haywire and leak and destroy the entire place. You don’t hang lights without making sure they’ll never fall and cause a fire.”

His list of suggestions for safety and covertness are pretty simple:

Kevin says he looks at the situation with his landlord as a necessary speed bump in the process of growing and does everything he can to mitigate issues.

“It’s like people who are told no pets when they rent an apartment, but they’ve got this chill cat that they have under control,” he says. “You make sure the litter box is clean, so no bad smells. You keep aware of the cat’s health, just like you keep aware of your room’s health.”

Hearn says he feels fortunate that the damage to his place was minimal. He says it’s now written in bold and italic print on his lease that growing marijuana indoors voids the lease immediately.

“I still will not rent to a grower who has intentions to turn my apartment into a greenhouse,” he says. “But maybe the silver lining to this is that I learned a lesson before I had to deal with my place getting totally demolished.”