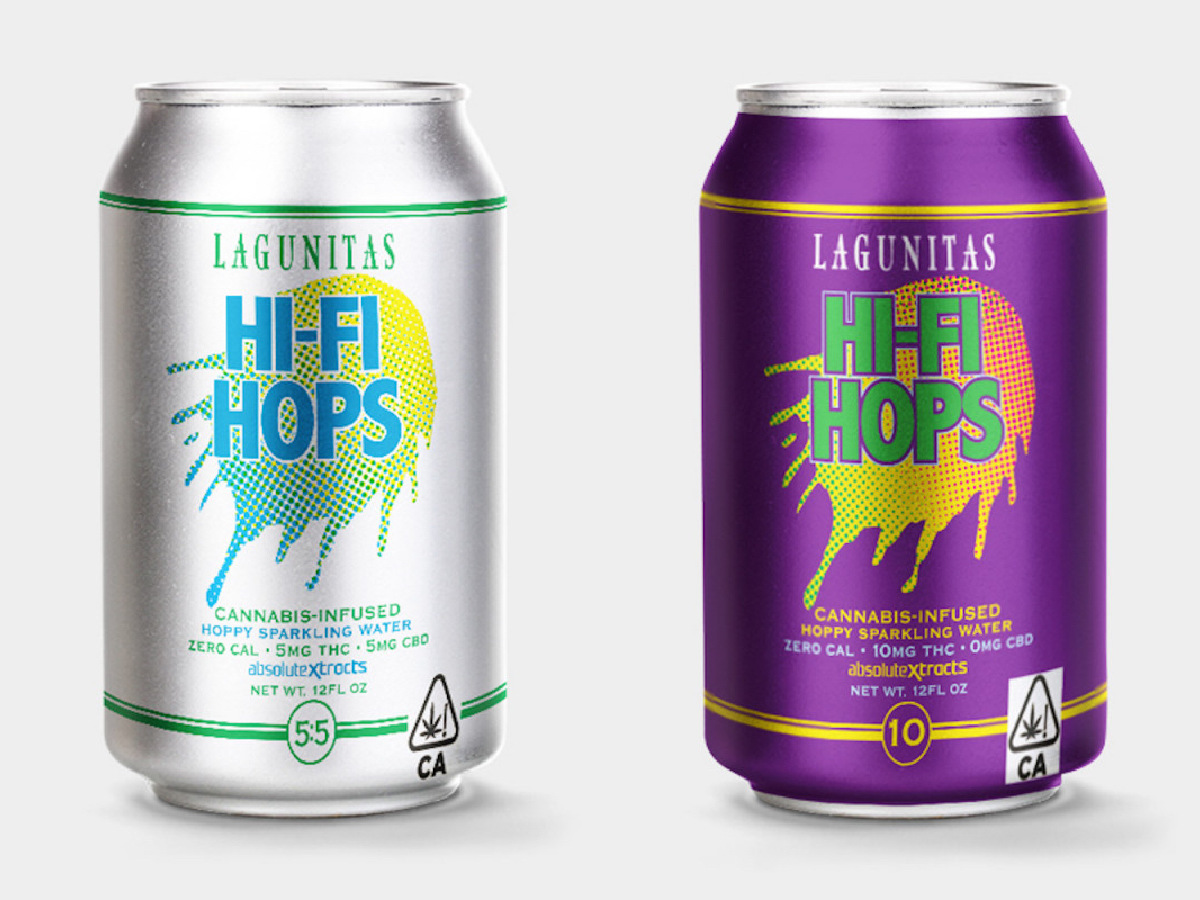 California brewmasters Lagunitas Brewing Company — known for rolling as many joints as it has IPA hops — has now ventured into the creation of cannabis-infused adult beverages with a non-alcoholic, hop-flavored drink called Hi-Fi Hops.

“It takes a lot of good weed to make great beer,” said Lagunitas founder Tony Magee in 1993, the same year he formed the now-monolithic craft brewery.

The company, which has never been shy about its love for the sticky green, has from the very start made overt references to marijuana in its marketing campaigns.

Less than a decade after its founding — as American beer tastes evolved from lighter pilsners and lagers to weightier IPAs and stouts — Lagunitas was consistently making headlines for its brazenly stoner inclinations, like naming a microbrew Censored. That beer bottle featured a “Censored” label posted over the original label the Kronik, hiding the beer’s name that was banned by the federal label-approving agency the Bureau of Alcohol, Tobacco, Firearms and Explosives, due to its obvious marijuana reference.

Never before had a beer manufacturer of that size dared to comingle the twin buzz worlds of weed and alcohol. Odd to think about that era in California — the epicenter of dank bud — ever having leaned so far anti-pot. But it was 2001, a decidedly different time for cannabis, and the nation’s views on marijuana were still caught in a mindset where weed equaled a Van’s shoe thumping the side of a surfer’s head.

So outwardly cannabis enthusiastic was Lagunitas by 2005 that the company’s weekly 4:20 p.m. ragers at the Petaluma brewery came to the attention of authorities and led to a bust by the feds and the shuttering of the brewery for a period. In commemoration of that incident, Lagunitas then brewed a particularly bitter ale called the Undercover Investigation Shut-Down Ale.

So, it’s absolutely fitting that Lagunitas is now wading into the waters of THC and CBD drinks. And it’s a positive sign for cannabis legalization in general that parent company Heineken International — who’s owned Lagunitas outright since 2016 — is behind the brewery’s new foray into psychoactive beverages, particularly since cannabis is still federally illegal in the US.

Only one other top-tier alcohol purveyor, Constellation Brands — owners of Corona and Modelo — has dared to make the leap into cannabis, with a $191 million stock purchase of Canadian medical marijuana producer Canopy Growth Corporation. That move occurred this year ahead of marijuana legalization plans in Canada expected this fall and was surely an opening salvo into the expanding cannabis-infused beverages market in North America.

Lagunitas calls the Hi-Fi Hops drink recipe an “IPA-inspired sparkling beverage [that’s] made using everything Lagunitas knows about hops — but with zero alcohol, zero calories, and zero carbs,” and “infused with THC from the finest sun-grown cannabis.”

“We’ve often dreamed of hops and their cannabis cousin partying together at the family reunion,” says “Brewmonster” Jeremy Marshall on the company’s website. “We wanted to bring this party to life in a beverage. It’s high-time that good beer inspired a provocative, yet refreshing non-alcoholic alternative.”

Lagunitas’ two varieties of Hi-Fi Hops will come in a 5mg THC and 5mg CBD combo, as well as a 10mg THC-only version, available exclusively at licensed cannabis dispensaries in California, starting July 30.

For more information, check out the below YouTube clip.

How Puerto Rico’s Hurricane Maria Changed The Way We Grow Cannabis
As Nevada Thrives After One Year Of Recreational Cannabis Sales, Massachusetts Still Waits To Launch