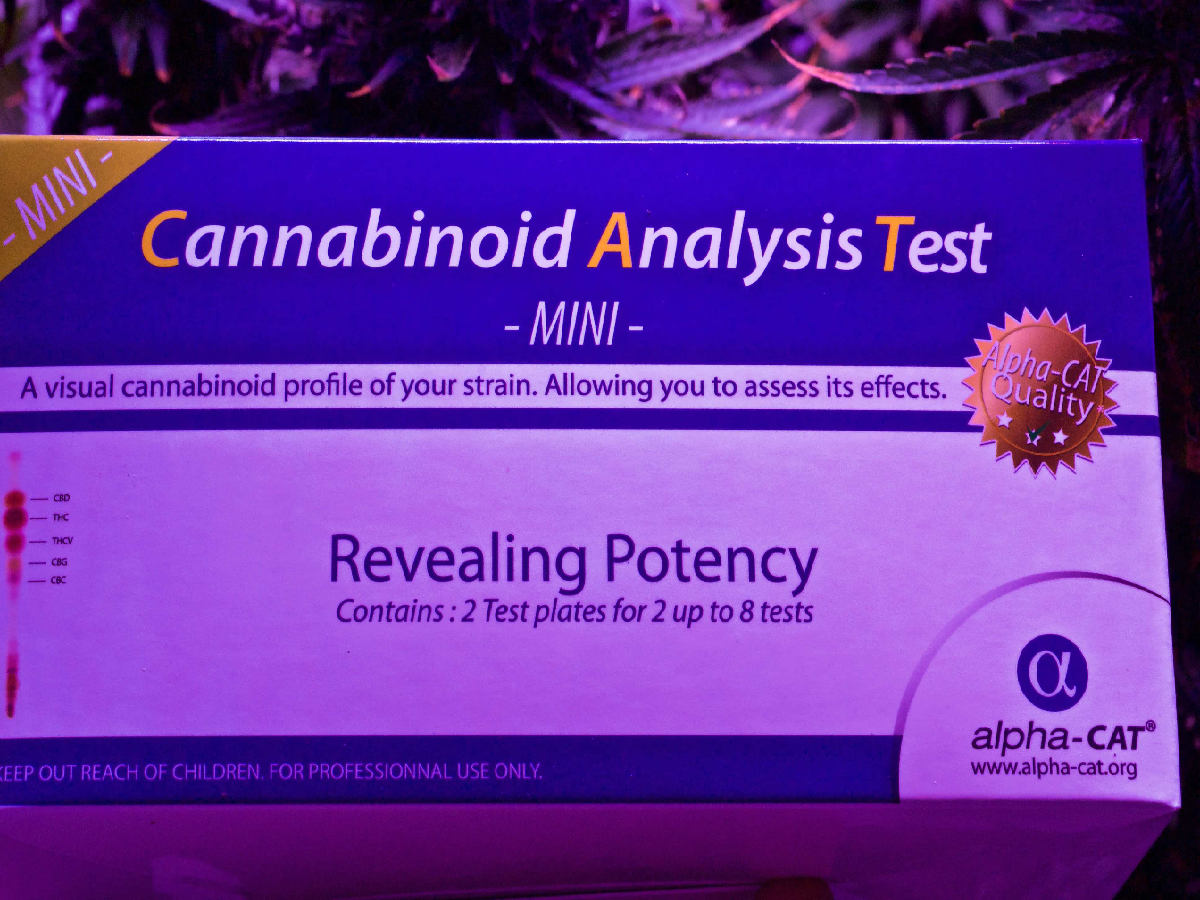 Testing marijuana for purity, contaminants, and potency used to be something done by licensed analytical labs for law enforcement and medical marijuana dispensaries.

Testing marijuana was expensive, and impractical for most marijuana growers and users.

But now several companies are selling kits and devices for home testing marijuana.

Here’s why you benefit from testing your marijuana yourself:

When we started investigating devices and kits for testing marijuana at home, we got lots of conflicting, confusing, sometimes misleading information.

We tried nearly a dozen marijuana testing kits, apps, devices and compared their results against each other while also having a third-party lab examine results.

You find big problems in the testing marijuana industry anyways, with labs that have tens of thousands of dollars of expensive equipment often contradicting each other’s results.

The home test kits are wildly variable as to their accuracy, ease of use, range of testing, and reliability.

Some only test for THC, CBD, and CBN. Others claim to test for most cannabinoids and terpenoids.

Some test kits say they can detect the presence of poisonous contaminants.

Some make it so you seem to need a chemistry degree or laboratory procedures training, and a lot of time, just to do a test.

One testing marijuana device company believes their gear can predict what kind of high you’ll get.

We tried that one, and it was lame.

Product claims are inflated and sometimes ludicrous, customer service is weak, warranties are full of holes, prices are high (for example the My DX Analyzer and Canna DX “Grower’s Package” costs $899!).

The one testing marijuana kit we can recommend is the Alpha-Cat.

Using the Alpha-Cat for testing marijuana at home, you can test for THC, THCV, CBG, CBN, CBC, and CBD.

The company says it’s working on reliable methods for expanding the testing marijuana range to include terpenoids.

You need a scale and a couple of other accessories to do the tests, beyond what comes with the Alpha-Cat kit.

The cost of testing each sample turns out to be about $10, which is a lot lower than if you sent your cannabis to a third-party lab, and you can test concentrates too.

If you want to get really serious and open up your own marijuana lab testing business, Alpha-Cat will sell you a professional cannabis lab testing device that costs thousands of dollars.

Be skeptical about most kits and devices for testing marijuana at home.

The home testing marijuana industry is in its infancy, and reminds us of the early days of the LED grow lights industry, when people were looking to make easy money making fanciful claims, selling schwag, and charging a lot for it!