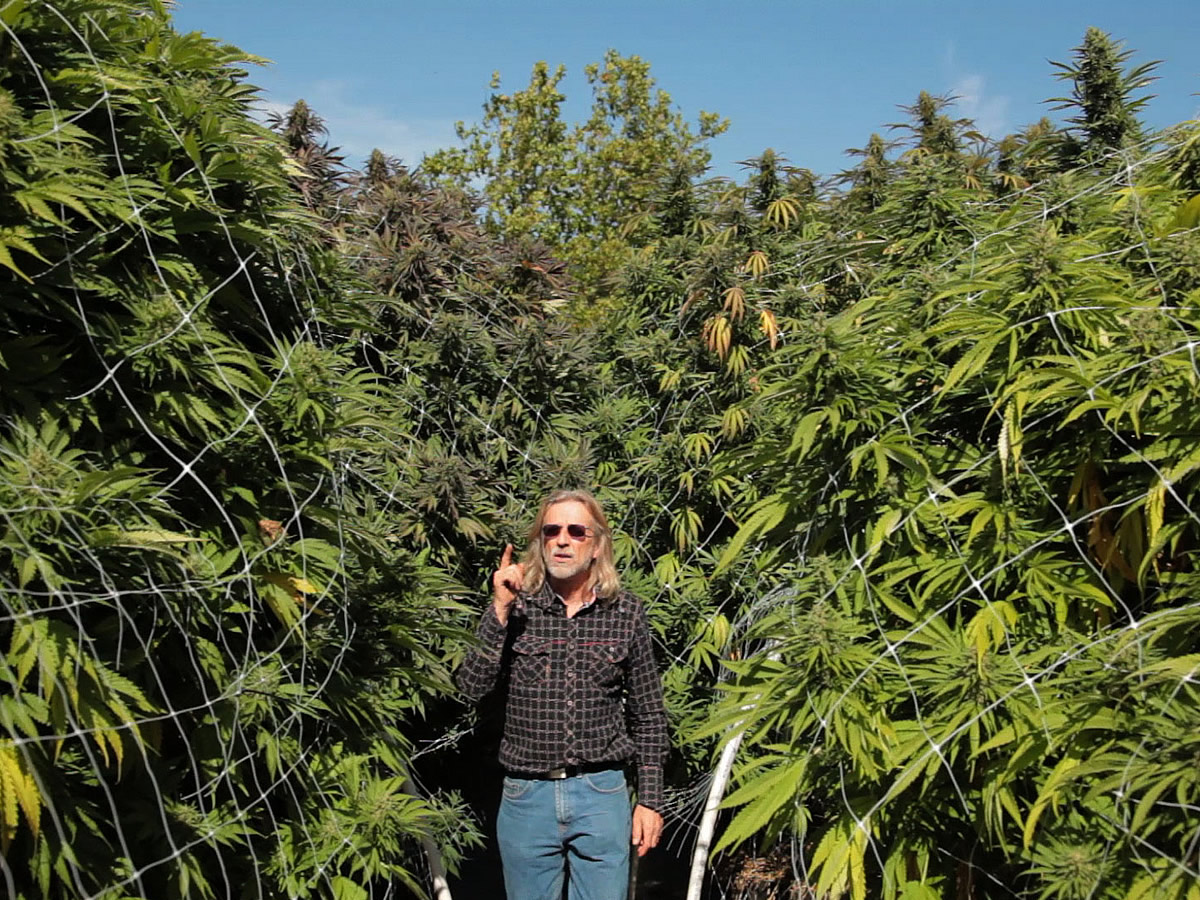 When I asked the grower journalists and photographers at BigBudsMag.com who their cannabis cultivation role models are, they said: Ed Rosenthal, Jorge Cervantes, and Michael Straumietis.

Straumietis is the only owner of a hydroponics nutrients company to ever publicly embrace marijuana growing and provide advice for growers.

But he hasn’t yet written marijuana grow books or made full-length marijuana cultivation videos.

Rosenthal and Cervantes both got their start at High Times decades ago.

Of the two, Rosenthal has written or published many more marijuana books than Cervantes, and is also famous for enthusiastically telling the federal government to fu*k off when they prosecuted him for growing marijuana in Oakland.

Cervantes, who recently revealed his real name is George Van Patten, has written some of the best-selling marijuana grow books, but what we really love about him are his marijuana growing videos, many of which are embedded in this article, and also come in the form of high-quality DVDs.

I once met Cervantes at a High Times marijuana event in Southern California, and man was I impressed by his lack of ego conceit, his positive attitude, and his immense knowledge of marijuana growing.

He said he’s been growing marijuana since the 1970’s, “before many of today’s marijuana growers were born.”

When it was first published, the book was short, didn’t have much information on anything other than the most rudimentary indoor grow systems and techniques, and had amateurish photos.

In recent years, however, Cervantes revised and expanded the book so it’s now seen as a “marijuana grow bible.”

It has a new title: “Marijuana Horticulture: The Indoor/Outdoor Marijuana Grower’s Bible.”

Cervantes says he learned a lot about what marijuana growers want to know when he wrote his famous “Jorge’s RX” column for High Times; doing this column for ten years gave him much of the data he includes in his expanded grow bibles.

It’s no surprise why he used a fake name—years ago when marijuana was totally illegal in every state and at the federal level, drug war narks, politicians, and police tried to destroy the marijuana industry, High Times, and even marijuana writers.

Since 2010, however, Cervantes has taken off the hilarious disguise (dreadlocks, beret, and sunglasses) he used to hide behind, and started appearing in marijuana videos and other marijuana media using his real name, face, and hair.

One thing I truly love about Cervantes is his honesty.

For example, he freely admits that indoor marijuana growing is an environmental harm, because growers suck down huge amounts of electricity trying to replicate the intensity of sunlight.

He warns outdoor marijuana growers not to use environmentally destructive methods.

If you want UV as well as the other marijuana-friendly light wavelengths that are common to what you get from sunlight, you don’t use LEDs, CFLs, or fluorescents, you use plasma lighting combined with HID lighting.

Cervantes believes that as marijuana wholesale prices drop due to legalization, the high cost of growing marijuana indoors will gradually force more growers to grow outdoors, a subject Cervantes is definitely an expert in.

In fact, some of Cervantes’ most important videos and guidance comes when he shows how to grow monster marijuana plants outdoors in greenhouses and without enclosures in open sun.

I give total props to Jorge Cervantes as a person, a connoisseur marijuana grower, and one of the world’s top three cannabis cultivation experts and educators, but there’s one significant topic I disagree with him on, and that concerns his definition of hydroponics and his opinions about growing marijuana with synthetic hydroponics nutrients.

The actual fact is if you grow in a system in which your roots are in a media that doesn’t have its own full set of nutrients built in (coco and peat haven’t enough on-board nutrients to qualify as anything other than inert), or in no media at all such as in aeroponics, NFT, and deep water culture (DWC), you’re plants are getting their nutrients from one source: water that has hydroponics nutrients mixed in.

Cervantes’ dislike of marijuana grown hydroponically with hydroponics nutrients is probably based on when he started growing (the 1970s) and the fact that he apparently hasn’t inhaled properly-grown and flushed hydroponics marijuana.

Nobody could tell the difference, and many of us cracked up in a good-hearted way when organic marijuana fanatics repeatedly chose hydroponics buds as the best-tasting, least-harsh, kindest, most-organic of the batch, only to find out later (to their horror) that those buds were from hydroponics grow rooms!

Another mistake Cervantes makes is by not understanding the huge differences between yield, potency, quality control, plant safety, and efficiency when growing outdoors versus growing hydroponically.

It’s true that outdoor sun and huge plant sizes can give you higher yield per plant than growing indoors can.

But the fact is, especially if you’re using true hydroponics such as deep water culture, rockwool drip irrigation, or aeroponics with pH Perfect base nutrients and other marijuana-specific additives like Big Bud, Overdrive, Bud Ignitor, and Bud Candy, you get faster growth, more cannabinoids, earlier harvests, and total control over your marijuana grow room conditions and feed programs.

With all due respect to Jorge, you just can’t get that if you’re growing cannabis outdoors or in greenhouses using organic fertilizers in soil.

Regardless of his views on hydroponics nutrients and hydroponics growing, Jorge Cervantes is an amazingly intelligent, healthy, ethical, courageous, and helpful marijuana grow guru.

As you watch the marijuana growing videos embedded in this article, you too will admire and respect Jorge Cervantes, a man who provides time-tested cannabis cultivation information in a classy, easy to understand, and exciting way.

Making the Most of Your Marijuana Motherplant, Part One
Subcool Says: You Can Make Marijuana Clones, Without Mother Plants!