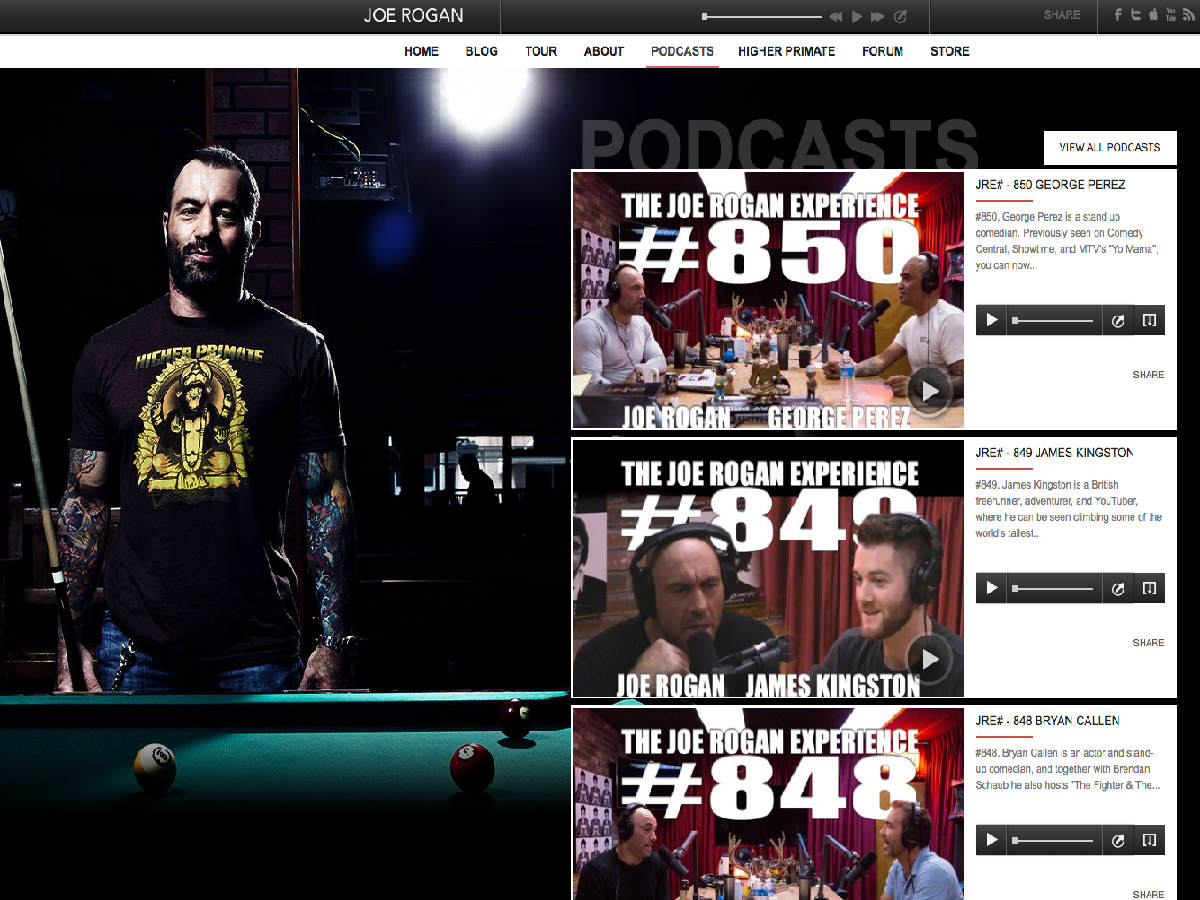 Joe Rogan is one hell of a complex dude.

And he’s Joe Rogan, a brutal hunter who ridicules vegans and loves to kill animals.

It’s hard to figure out how so much talent, intelligence, and diversity can be present in one guy.

The reason we’re highlighting on BigBudsMag.com is that Joe Rogan so effectively explains why marijuana is a portal to enlightened consciousness, and why there’s a war against it.

Cannabis is associated with hippies, anti-war protestors… people whose use of marijuana helps them see through society’s lies, Rogan explains.

And that makes society’s controllers nervous, so they wage war against marijuana people and the plant itself.

Rogan is also an advocate for DMT (N,N-Dimethyltryptamine), a neurochemical naturally occurring in the brain, and also a manufactured “illegal drug.”

Marijuana and DMT have long been on the government’s “Schedule One,” which are substances that our government says are the “most dangerous drugs” and drugs that have no medical or societal benefits.

Rogan notes that almost all the drugs on Schedule One are psychedelic drugs commonly used for exploring states of consciousness and for personal enlightenment.

The Joe Rogan UFC persona makes sense if you put it with the Joe Rogan Fear Factor, martial artist, and animal hunter personas.

Rogan is good at whatever he does.

When you listen to his Joe Rogan Experience podcast, you recognize the spiritual effects psychedelics have had on him, and you wonder if Joe Rogan UFC guy might by now have moved past violence after he had all those DMT and marijuana visions.

You hear the enlightenment when Rogan talks about humans as crazed monkeys, and asks us to move up to be “higher primates” instead.

There are some other wild Joe Rogan videos too.

Wait until you see what he asks two very unlucky girls to drink on Fear Factor!