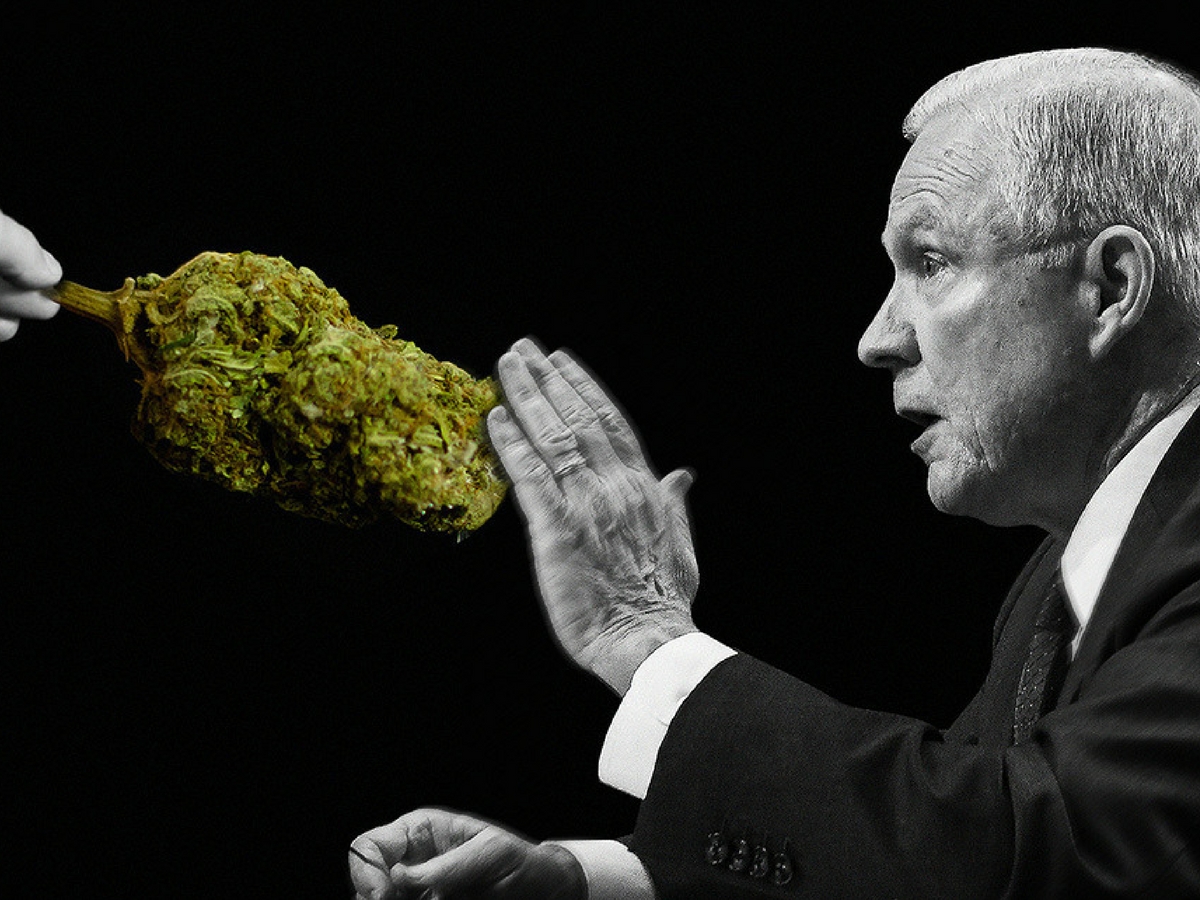 Attorney General Jeff Sessions has announced his plans to rescind the Cole Memorandum, an Obama-era policy that helped prevent federal authorities from pursuing cannabis-related offenses in states where the plant has been legalized for medicinal and/or recreational purposes. This move from the conservative former senator for Alabama will essentially create an open door for federal prosecutors to go after individuals or businesses in states where marijuana laws conflict with federal ones.

Sessions’ announcement Thursday has been met with confusion, anger and frustration by many across the political spectrum. According to the Associated Press, Colorado Senator Cory Gardner (R) said that this change in policy contradicts a pledge that Sessions personally made to him. Gardner has since vowed he will push legislation that will protect sales of cannabis, and he is prepared to take all steps necessary to fight this change. Colorado’s US attorney Bob Troyer has fallen in line with Gardner, telling AP that his office won’t change its approach to how they prosecute, despite Sessions’ proposed policy.

Others, like Maria McFarland Sánchez-Moreno, executive director of the Drug Policy Alliance, hope that Congress will step in and prevent the Department of Justice from pushing Sessions’ agenda, telling Rolling Stone that “politically, [Sessions is] making a huge mistake, and I had hoped that he would have had more sense than to go up against such massive public support for marijuana legalization, but clearly his ideology has won out.”

While politicians, experts and legislators attempt to figure out what to do next, we wonder what this announcement means for people whose livelihood revolves around cannabis.

“For us, it’s business as usual,” says Jesse Peters, CEO of Eco Firma Farms in Oregon. “If anything, this strengthens our resolve for the end goal — to show the war on drugs is a failure, and legal cannabis is a thriving industry that is a far healthier choice to alcohol, tobacco and pharmaceuticals, across the board.

“It’s opportunities like this that will help push federal legalization of cannabis to the front of the line, as we’ve seen today with bipartisan support in opposition of Jeff Sessions’ decision — the last gasps of a dying ideology. Eco Firma will be here tomorrow with the lights on and the employees’ working, just like every other cannabis farm we know here in Oregon.”

Peters echoes what many industry professionals know to be true: There is a place and need for legal cannabis, and that won’t go away. If anything, it will make those within the cannabis community fight harder for legal and policy change.

In the meantime, it doesn’t hurt to be prudent, according to cannabis industry veteran Maximilian Anderson, who has more than 26 years of indoor growing experience and is the owner of Tugboat Farms. Anderson notes that since it’s unclear what the future may hold, we should all have a plan. Fearing this may be the start of a larger attack on the cannabis community, Anderson suggests putting some funds aside just in case legal assistance is required in the future.

Despite a period of “wait and see” that seems to be on the horizon, Peters of Eco Firma Farms believes that the voice of the people — who have certainly given their approval of legal cannabis — can prevail.

“Today we must determine the cannabis reform positions held by our local federal prosecutors,” Peters says in a statement to Big Buds. “Cannabis has higher approval ratings than apple pie and our country watches with heavy hearts as it’s often disregarded by those positioned to represent the will of the people. This needs to be addressed: Call your representatives, call your congresspeople, and be heard. It is our duty and our right to speak out — a privilege we are afforded by the sacrifices of many.”