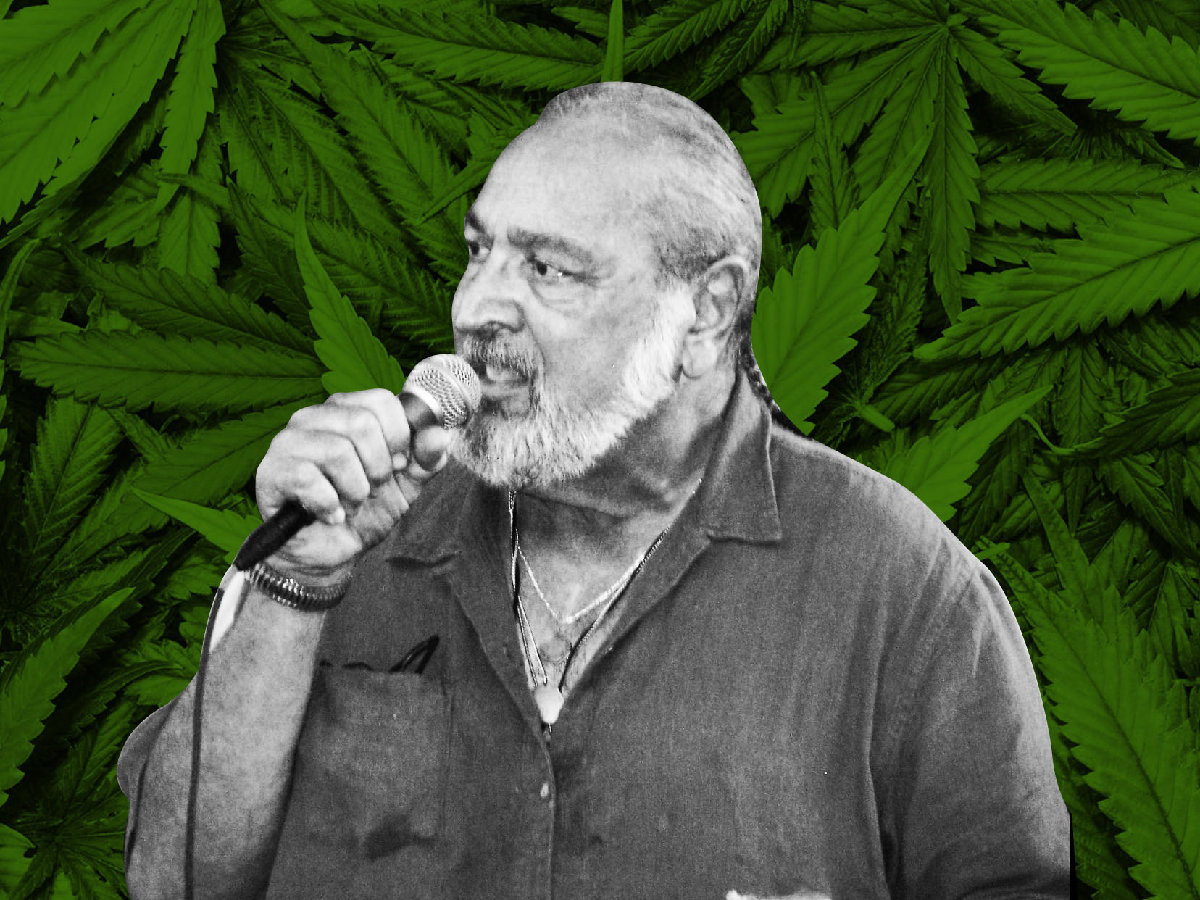 In the decades-long battle against cannabis prohibition, when growing and possessing cannabis was illegal everywhere in the United States, a handful of brave soldiers stood out as leaders in the battle — and all of them were persecuted because of it.

Dennis Peron, long considered the father of medical marijuana, was shot by police, but survived to sponsor Prop. 215, the landmark California medical marijuana law that was the first in the nation.

And then there’s Jack Herer, one of the cannabis lobby’s most famous activists, authors and educators. The man worked so tirelessly to legalize the plant that his health suffered, and a series of heart attacks and strokes eventually led to his death eight years ago on April 15, 2010 at the age of 70. Before and since his untimely passing, Herer has been a major inspiration for cannabis legalizers, growers and consumers the world over.

Jack Herer, The Emperor Of Hemp

Jack Herer started his career as a cannabis advocate in the 1970s, long before the internet and social media made cannabis activism much easier, and before marijuana had been legalized anywhere.

In that era, the legalization movement was a besieged demographic, similar and in some cases overlapping with environmentalism, libertarianism, anti-capitalism, hippie survivalists, and caravans of Deadheads who crisscrossed the country in VW vans.

The cannabis tribe met at festivals, earth fairs, hippie happenings, concerts and protests. Cannabis events with rousing speakers such as Herer were hosted by High Times magazine at its Amsterdam Cannabis Cup events, and at concerts and political rallies, most of which were held in California, Oregon and Washington.

Herer was one of the most visible and effective leaders of the tribe, starting from when he opened a Southern California head shop, where he sold glass pipes, bongs, rolling papers, and general supplies for marijuana users.

But it was another item he sold, a co-authored cartoon book about evaluating the potency and quality of marijuana, that launched him as an activist of renown. G.R.A.S.S.: The Great Revolutionary American Standard System was an illustrated educational tract, in the form of a cannabis culture coloring book, that quickly sold out everywhere.

When Herer saw how popular the book was, he focused more time and energy on another project — his decades-long effort to document and publish the cannabis plants’ agricultural, medical and cultural history, along with the outlandish reasons that prompted its prohibition in the first place.

In 1985, he released the illustrated nonfiction book The Emperor Wears No Clothes. The book was a fascinating, thorough compilation of original government, scientific, agricultural and journalistic documents related to cannabis, and has since sold about a million copies in multiple printings worldwide.

Herer’s widow Jeannie echoed the experience of many people who said that reading The Emperor Wears No Clothes was a defining moment in their political awakening, because it showed the tyranny of governments and cannabis prohibition.

“It completely changed my life and so many people have written to us over the years and said that, too,” she’s said. “It’s the most amazing book in the world as far as being able to change people overnight.”

When weed fans were told by parents, cops, school teachers and authority figures that marijuana was the devil’s lettuce and should remain illegal, they’d hand out copies of Herer’s book as a cogent, irrefutable rebuttal.

So, what was so revolutionary about Emperor? For the first time, a book showed the undeniable truths about the cannabis plant and its prohibition. Such earth-shattering tidbits from the book included:

Below is a copy of Hemp for Victory, originally published in 1942:

Cannabis: The Real War On Drugs

Crammed full with official documents nobody would have seen if it hadn’t been for Herer’s sleuthing, The Emperor Wears No Clothes was more than just pro-cannabis information formatted into a 176-page book. Its main theme is much broader than that, and motivated Herer to become a relentless, self-sacrificing marijuana freedom fighter.

Herer accurately described the war on marijuana as an actual war, conducted by local and state police, Drug Enforcement Administration agents, courts, government informants and anti-cannabis propagandists. Herer was incensed that each year, more than 700,000 people were arrested for cannabis “crimes” in the United States.

He insisted that any grower or cannabis consumer who had experienced the dread of police agents kicking down their front doors and putting guns to their heads knows that it’s a real war.

Every grower is a hero, he claimed. Everyone who gets busted for weed but refuses to snitch is a hero. Every cannabis activist who was arrested or beaten for protesting is a hero.

And every politician, police officer or pundit who advocates or participates in enforcing cannabis prohibition is a war criminal. That was the forceful, sobering truth preached by Herer.

Taking The Fight For Cannabis Legalization To The Streets

Herer’s cannabis advocacy was shaped by the counterculture movement of the 1960s and ’70s, when anti-capitalist hippies, environmentalists and anti-war protesters shut down the country with strikes, campus takeovers, sit-ins, street protests, and even armed insurgencies against police and government oppressors.

These idealistic, courageous young people spearheaded the movement to end the Vietnam War, created the women’s liberation movement, and helped force then-President Richard Nixon to resign the presidency in disgrace.

In the 1980s and ’90s, Herer himself twice ran for US presidency. He was known for such creative political stunts as camping out with dozens of fellow pot advocates on the property of the Los Angeles Federal Building, where he defied authorities by erecting huge signs lauding the benefits of marijuana and decrying the horrors of the drug war.

When he copped a federal prison sentence due to his impassioned protests, Herer spent his time in the big house compiling and writing The Emperor Wears No Clothes. And when he eventually published it in 1985, he came up with a great publicity grabber: He offered a $100,000 reward to anyone who could legitimately challenge the facts in his book. Nobody ever claimed that reward.

Check out Steven Hager’s interview with Herer about the first time he got high:

Interestingly, Herer was a staunch opponent of cannabis until the late 1960s. Prior to that time, he’d been a conservative Republican who divorced his first wife because he found out she consumed cannabis.

But in 1969, 30-year-old Herer found himself dating a pot-smoking hippie chick. It was then that he became a cannabis convert after getting high on Acapulco Gold. He described consuming cannabis as a way of taking the blinders off so you see beneath the surface of regular society and witness the corrupt underpinnings and injustices hidden by the façade of mainstream culture.

As he ran his head shop, engineered new types of bongs and smoking accessories, and engaged in public activism, Herer was constantly harassed by police and prohibitionists.

A bear of a man with a booming, resonant voice, and resembling an Old Testament prophet, Herer had an intensely passionate, indignant public image. Every time he heard about someone arrested for cannabis, he took it personally.

Herer’s intensity took a heavy toll on him. When I attended a massive Hempfest held on private land near Eugene, Oregon in the late 1990s, he was one of several cannabis leaders who spoke at the event, alongside Peron, Ken Kesey and Paul Krassner.

Before Herer went onstage to give his speech, he was in his vendor booth, talking with the owner of the land where the festival was being held. The landowner told Herer that police, bureaucrats and local citizens who opposed the event had been threatening him with arrest, violence, and even confiscation of his many acres of private land.

There were anti-marijuana protesters on the roads leading into the event; the DEA and local police sent narks into the crowd. As Herer stood there, listening to the litany of government attacks against the event and cannabis culture, he became visibly agitated, turning red in the face, pounding a table in disgust.

When he took to the stage a short time later, he was a fire-breathing dragon, enthralling the crowd of 15,000 people with his eloquent condemnation of drug warriors. But Herer soon became short of breath, lost his train of thought, and had to be helped from the stage. 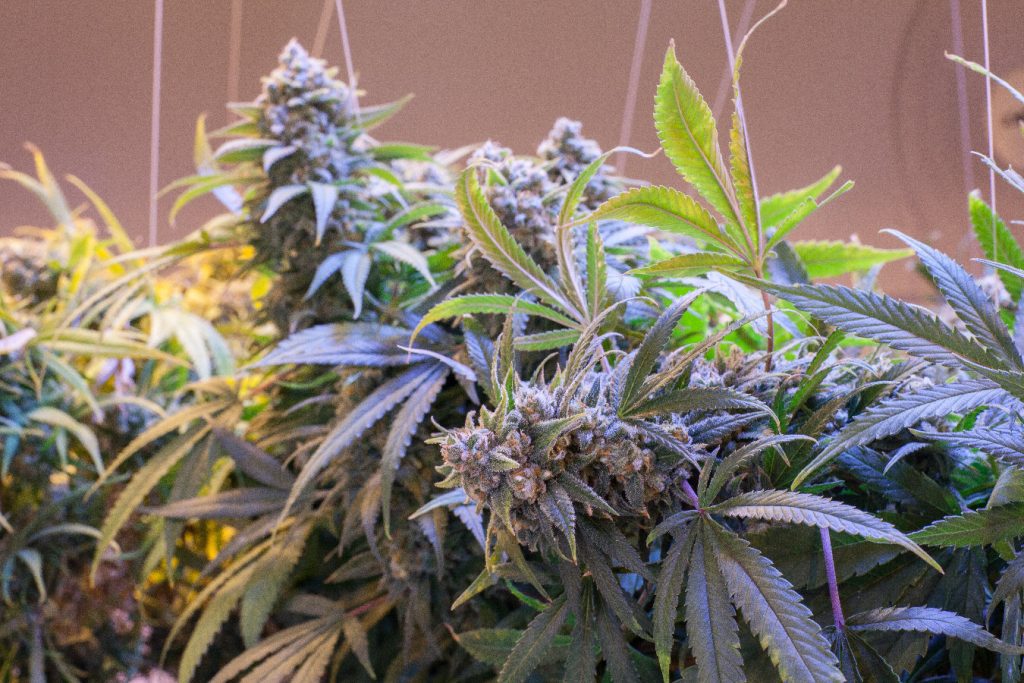 Herer’s medical troubles at Hempfest ushered in a decade of health concerns, which included a series of minor heart attacks and strokes. These problems were viewed by those close to him as a direct result of his relentless dedication to marijuana legalization.

Despite the entreaties of his loving wife, children, friends and cannabis advocates worldwide, Herer push himself harder and harder, continuing his activism, public speaking engagements, television interviews and publicity stunts.

He focused on what wasn’t accomplished yet, rather than on the 1996 victory of Prop. 215 in California, and legalization in other states.

He didn’t eat properly, rest, exercise, or heed the ravages of time and warning signs of stress. “I don’t pay attention to myself,” he told me once. “All I care about is stopping these goddamned war criminals from beating up, handcuffing, strip searching, raping, robbing and caging good people who love the sacred plant grown by our founding fathers.”

Herer saw cannabis consumers and growers as a persecuted minority, and was viewed by the cannabis community as a selfless liberator and defender of innocent people.

He showed warm love and generosity to the cannabis community, while despising police, drug abuse counselors, DEA agents, narks, prohibitionist politicians, and anyone else participating in the opposing side of the war on cannabis.

In 2009, the worst happened. Jack was onstage at a Portland, Oregon cannabis rally, giving another of his barnburner speeches. “You’ve got to be out of your mind not to smoke weed,” he said to the gathered crowd during the speech. “It is the best thing the world has ever had!”

By the end of the speech, Herer seemed to be in medical distress. As soon as he left the stage, he suffered a severe heart attack, and was quickly taken to hospital for emergency heart surgery.

He never fully recovered, and spent several months in convalescence before passing away in April, 2010.

Perhaps the most fitting memorial for the valiant Herer is that the Netherlands’ famous cannabis seed company Sensi Seeds created one of the world’s most powerful and popular Haze-based marijuana strains — and named it Jack Herer.

Snip And Clip The Roots Of Your Cannabis Plants For A Healthy, Heavy Harvest
Sex Ed 101: Top Tips For Sexing Your Male & Female Marijuana Plants